The mural depicts a compassionate embrace between New Zealand's prime minister and a Muslim woman following the tragedy at Christchurch, but not all locals are pleased with it. 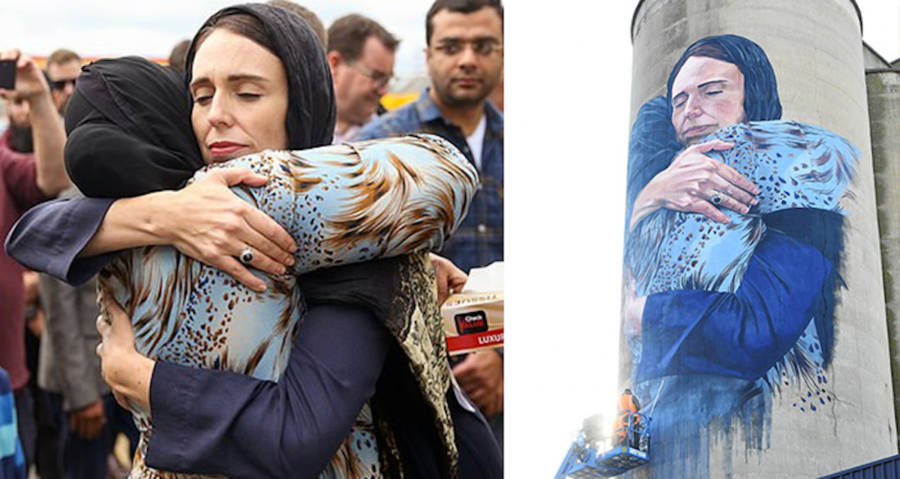 Getty/AAPImageThe project was sponsored by a GoFundMe campaign that raised $11,000 to cover supplies.

Sometimes art can help the healing process, and that is exactly what artist Loretta Lizzio hoped to accomplish by painting a 75-foot mural of New Zealand Prime Minister Jacinda Ardern embracing a Muslim woman in a hijab. The image has since gone viral following the prime minister’s visit to Christchurch where 50 Muslim community members were killed after an Australian gunman opened fire on two mosques.

The mural graces the side of a silo in Brunswick, northern Melbourne.

According to the Daily Mail, Lizzio, a Melbourne-based muralist whose artwork has been showcased around the world, was chosen to take on the larger-than-life project. $11,000 was successfully raised through GoFundMe to cover supply costs and resources for the mural.

Lizzio said that she received an outpouring of support from the community during the nine days it took her to finish the public masterpiece.

“I’ve never had a response like this about an artwork ever. People were nearly crying and coming up to me and giving hugs,” Lizzio said. She added that the piece is meant to serve as a reminder for cultural and religious acceptance within the community, sharing a message of “welcomeness, warmth, and acceptance.”

“I have friends, I know friends of friends, who have all dealt with some form of racism, and it’s heartbreaking,” the artist continued, “I would really love for them to feel welcome.”

The mural project’s organizers agreed that Brunswick was an appropriate place for the mural due to the suburb’s “diverse history and community.”

“It is a place that had its hearts broken on the day of the Christchurch shootings,” organizers told the Daily Mail. But, of course, not everybody was happy with the towering image. The mural, which depicts Ardern warmly hugging a Muslim woman in mourning after the shooting, somehow led to almost 15,000 people signing a petition for its removal.

Those who oppose the work claim that the mural, which was inspired by the mass shooting in New Zealand, was not relevant to Australia.

“$11,000 can go towards actual people, help the homeless and the hungry… not a mural,” someone commented on Facebook. Another wrote that “a lot of money being put into the wrong things, it should be helping people and the earth.”

Australia has long struggled with its history of racism, particularly against its indigenous Aboriginal people.

Brenton Tarrant, a 28-year-old Australian who gunned down Muslims while they prayed in Christchurch, committed the heinous shooting based on a white supremacist manifesto which the shooter shared online before the attacks. 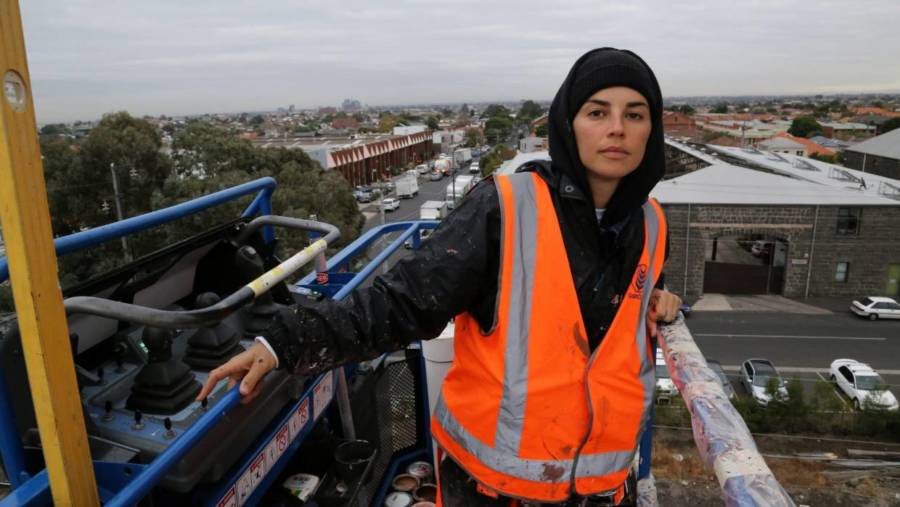 SuppliedArtist Loretta Lizzio wanted to share a message of “welcomeness, warmth and acceptance” through her mural.

Tarrant also speculated in writing that he might get 27 years in prison “just like Nelson Mandela,” and would be awarded a Nobel Peace Prize for the mass murder he committed.

The image that inspired the massive mural in Melbourne came from a press photo documenting the New Zealand prime minister’s visit to the Christchurch community.

A photo of Ardern embracing a grieving Muslim woman went viral and was even displayed temporarily on public structures around the world, such as the tower of the world’s tallest building in Dubai, the Burj Khalifa.

Ardern also received praise for her swift action on gun control after the massacre.

Recently, the New Zealand police announced that Tarrant would be charged with terrorism under the country’s Terrorism Suppression Act. This is the first charge of its kind to be filed since the 9/11 attacks in the U.S.

Tarrant has also been charged with murder and both these charges are punishable by life in prison.

Lizzio believes the actions of the Prime Minister following the aftermath of the attacks showed courage and empathy, a message she hopes that her mural will remind people of.

“She’s just someone that I think every leader needs to aspire to be a little more like,” the artist concluded.

Next up, read the story behind Keith Haring’s original ‘Crack is Whack’ mural. And then, learn how eL Seed paints peace across the Arab world.