"I had some personal challenges that has landed me on hard times, however I am not letting that stop me because I don’t believe in excuses." 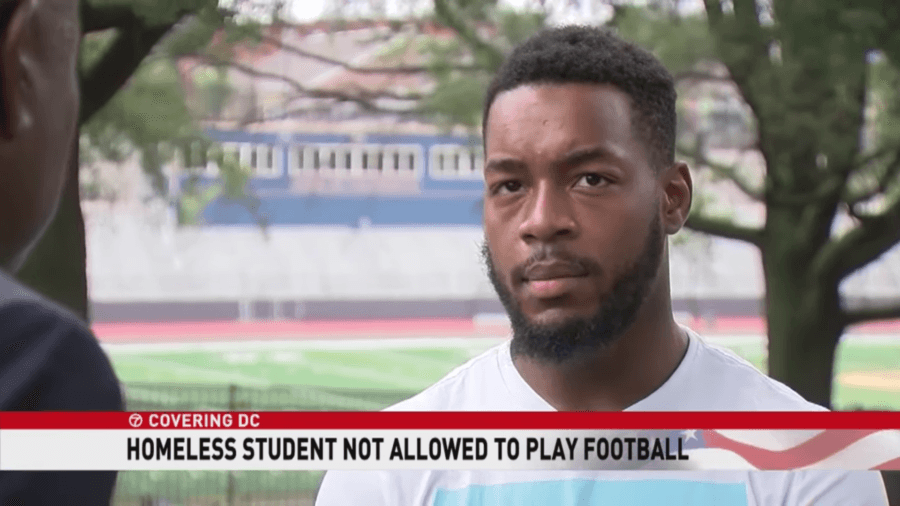 ABC7 WJLAJamal Speaks was prevented from playing on his high school’s football team on Sept. 15 because of his lack of a permanent address.

A high school senior in Washington, D.C. was barred from playing on his high school football team because he is currently homeless.

18-year-old Jamal Speaks, a football player for the Ballou High School Knights, was ready to play for his team on Sept. 15 when he was shocked to learn that he wouldn’t even be allowed to step onto the field. Speaks is currently a student at Ballou-STAY Opportunity Academy — primarily a night school — but plays on the high school’s regular varsity-level team.

According to D.C. schools officials, Speaks was deemed ineligible to play because the District of Columbia Interscholastic Athletic Association could not verify his address. One game was reportedly delayed for 45 minutes due to this issue, resulting in the removal of Speaks from seeing any playing time during that game. Willie Jackson, the high school’s principal, reportedly threatened to fire the team’s head coach if he let Speaks play.

A local news report on Jamal Speaks, including a brief interview clip with him.

Speaks told News4 that his father is deceased, and that he doesn’t have a relationship with his mother. At that point, he had been sleeping on friends couches and has no other familial support.

Speaks is also currently being recruited by Temple University’s football program, who he says came to watch him play on Sept. 15. Unfortunately for Speaks, he wasn’t even able to step onto the field once during that important game. “I just want to play ball,” Speaks told WJLA-TV.

Upon hearing Speaks’ heartbreaking story, the local D.C. shelter for homeless youth Covenant House Greater Washington (CHGW) decided to offer the teen a home so that he can play for Ballou once again.

“After hearing that Jamal was experiencing homelessness and at-risk of losing the ability to pursue his dream of attending college and playing football, I knew that CHGW had to help,” the organization’s CEO, Dr. Madye Henson, said in a statement on Sept. 19. 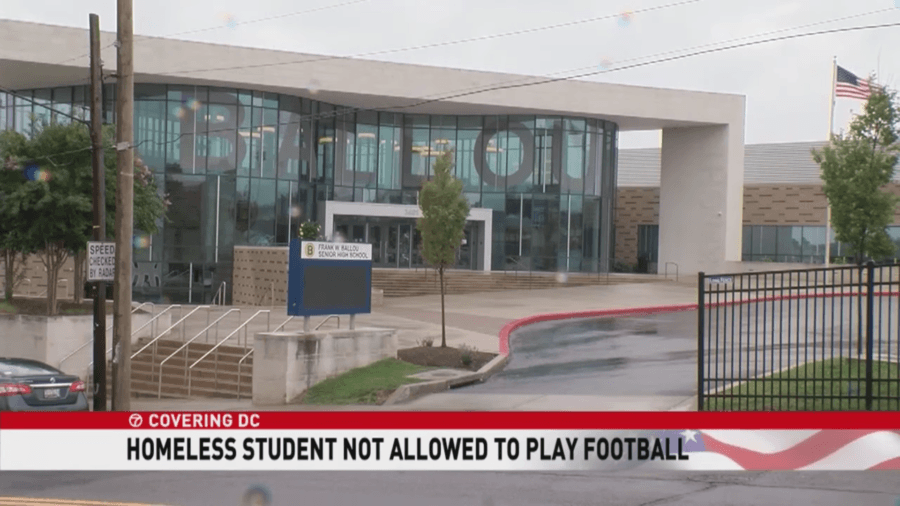 ABC7 WJLASpeaks is a student at Ballou High School’s STAY Academy, which is primarily a night school.

Following CHGW’s statement, D.C. Public Schools announced that Speaks would now be eligible to rejoin the Ballou High School Knights for the remainder of the season.

Speaks also has a GoFundMe page set up on his own behalf, presumably so that he can support himself during this difficult time in his life. “I had some personal challenges that has landed me on hard times, however I am not letting that stop me because I don’t believe in excuses,” Speaks writes on his page.

Before Speaks thanked his GoFundMe supporters he wrote, “For all the love and support I’m back in uniform and in practice today doing what I love but this is a journey that is far from over.”

Next, learn all about the Hobo Code. Then, see what it was like at the very first Super Bowl.