James Watt May Not Be The Best Known Inventor, But Without Him, The Modern World May Not Exist

John Watt's steam engine not only streamlined travel and manufacturing, but was also an impetus for the Industrial Revolution. 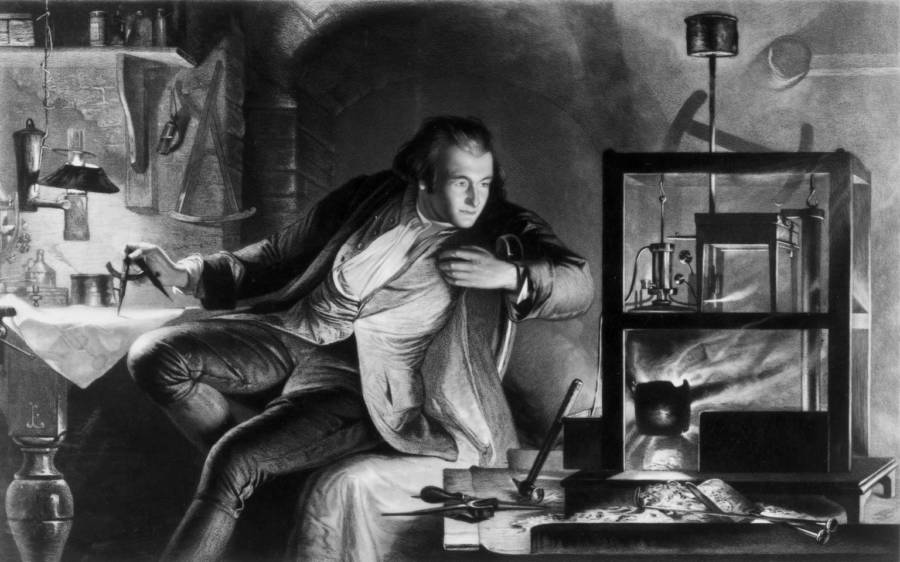 Science Museum Group Collection © The Board of Trustees of the Science Museum, LondonA depiction of James Watt hard at work, 1860.

He’s not often credited as the father of the Industrial Revolution, but without Scottish engineer James Watt, the Revolution may not have been possible. His very name was honored as the unit for which we measure the strength of power worldwide: the watt. His contribution to science, most notably the Watt steam engine, brought the world from an agriculture-based society to one centered around technology and invention. Indeed, in many ways, James Watt is the creator of the modern world of manufacturing.

James Watt was born on Jan. 19, 1736 in the Scottish seaport of Greenock. Both his parents were well-educated and went to great lengths to give a young Watt the same opportunity. Often sickly, Watt spent much of his time in the home studying.

He demonstrated a natural aptitude for engineering early on, and at 18, Watt left for London to study instrument making. His talents for nautical and mathematical engineering did not go unnoticed by his teachers, just as they hadn’t by his father and his father’s peers as a child at home. 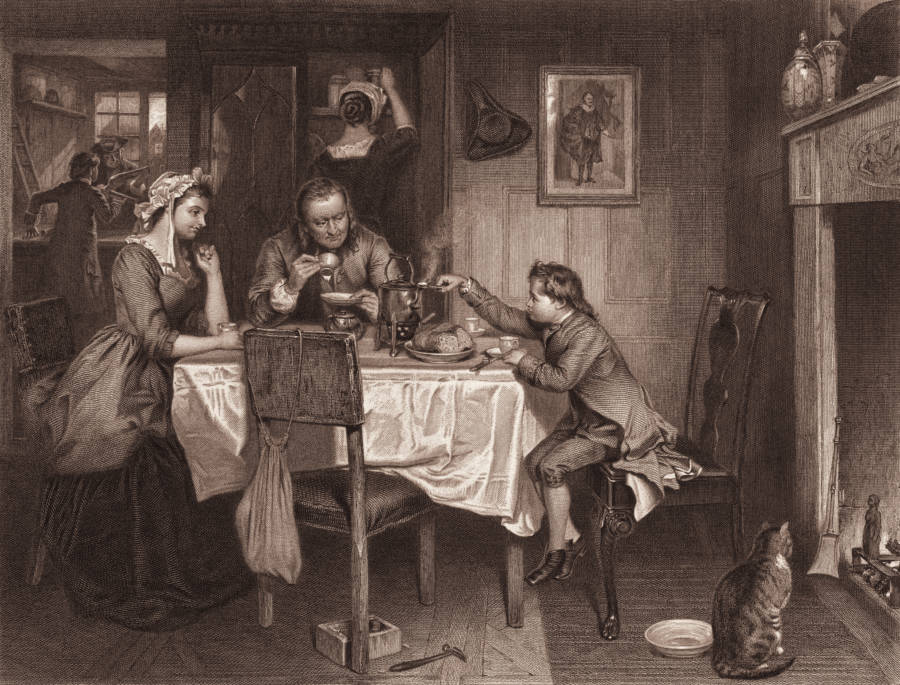 Stock Montage/Getty ImagesA depiction of young James Watt at a dining room table with his parents, experimenting with the steam released from the tea kettle.

But when he returned to Scotland a year later to set up shop in Glasgow, Watt’s application to join the Glasgow Guild of Hammermen was denied. Despite his great mind, he did not have the experience as he had not served the mandatory apprenticeship of seven years — and strict rules applied.

Despite this setback, Watt was soon hired to restore a consignment of astronomical instruments from Jamaica destined for the University of Glasgow. Impressed with his skill, the University let him start a workshop on their premises around 1757. Watt made important contacts in science this way, one of which introduced him to the power of steam — a fortuitous connection.

That connection was Professor John Robinson who explored the concept of a steam-driven car. Robinson would go on to discover the siren.

Contrary to a popular story believed to have been circulated by his son James Watt Jr., the inventor did not invent the steam engine after watching a kettle whistle on top of a stove. In fact, various iterations of the steam engine had long been around before Watt came onto the scene. But the only one that really worked was the atmospheric engine invented by English ironmonger Thomas Newcomen in 1712, and even that did not work very well. 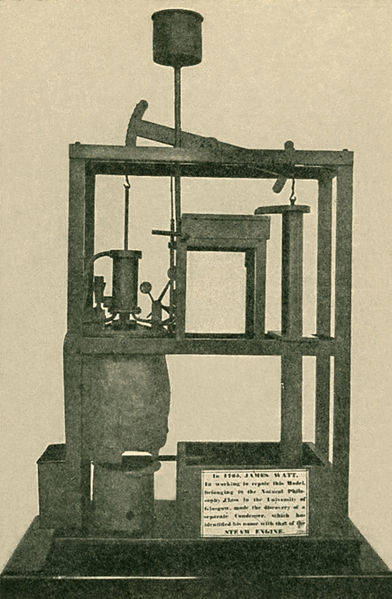 So Watt attempted to develop his own prototype steam engine — though at first, to no avail. It was only when the University of Glasgow asked him to repair their model of Newcomen’s engine in 1763 that Watt would make a breakthrough.

The engine had not advanced much in the 50 years since its invention. Its sole purpose had always been to pump water from mines, but even in working order, it was far too weak to cope with ever-increasing amounts of water. As mines were dug deeper, they became more susceptible to flash floods, and thus were potential death traps for miners.

Apart from the Newcomen engine’s inadequacy in pumping water, it was also extremely expensive to run. Not only did Watt need to construct a more powerful steam engine, but he also needed one that used far less coal.

Struggles With The Watt Steam Engine

Watt married his cousin Margaret Miller in 1764 with whom he had six children. Watt’s financial commitments had increased, not to mention, he needed extra money to finance his steam engine experiments. He shortly finds himself in debt.

But Watt never lost his focus on the development of the steam engine. By 1765, Watt knew every aspect of Newcomen’s engine and discovered a basic design flaw which caused the machine to run slowly. The hot steam was cooled down in the piston cylinder and which caused the boiler to lose most of its thermal energy. This meant that the engine would slow to six to eight cycles per minute.

On a daily stroll, Watt had a stroke of genius: why not separate the condenser from the piston cylinder? Back in his workshop, Watt built a small model of his engine. The separate condenser — as it would later be called — worked. It increased the efficiency to twice the speed of Newcomen’s engine. 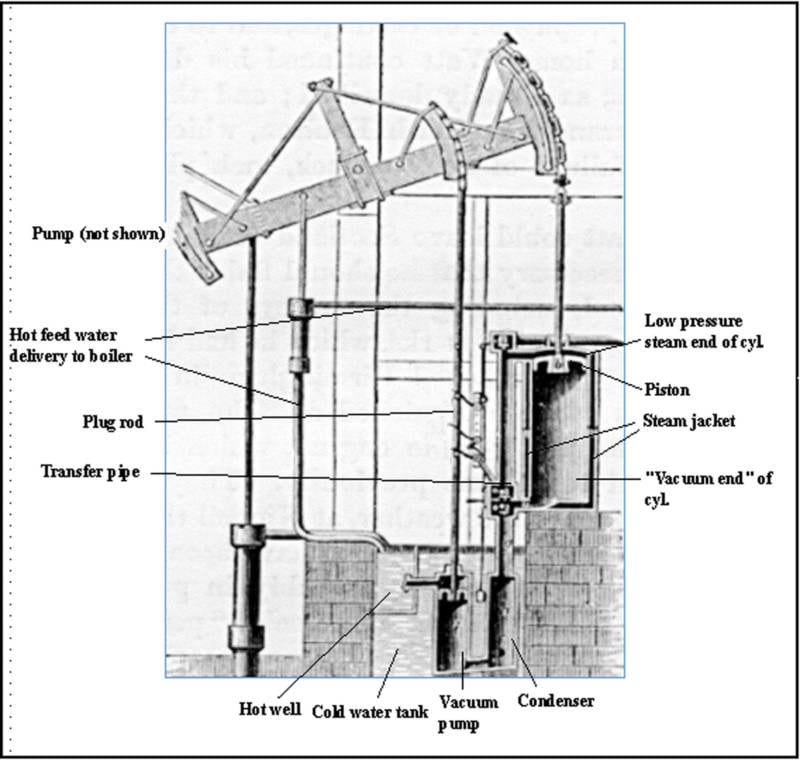 But his remarkable discovery was far from ready for the market. Deeply in debt, Watt became hampered by his need to find a blacksmith capable of forging the parts to scale up his engine from a small model to a full-scale engine. But he found no such blacksmith capable of the task as no engine of this scale had been made before.

Watt needed capital before he could do anything more with his invention. He took on a role as a surveyor on several canal building projects. But in 1768, bored with surveying and struggling to make ends meet, Watt was introduced to John Roebuck, a businessman who leased a mine that was having difficulty with flooding.

Roebuck agreed to take on the development costs of Watt’s engine and pay for the patent in return for two-thirds of the expected revenue. Watt accepted the offer and finally purchased a patent for his steam engine in London in 1769. The Watt steam engine was becoming a reality.

Now with a large family, Watt stopped work on the steam engine to make better money as a surveyor. But in 1773 tragedy struck when his wife died in childbirth. Adding further to his woes, his business partner, Roebuck went bankrupt. 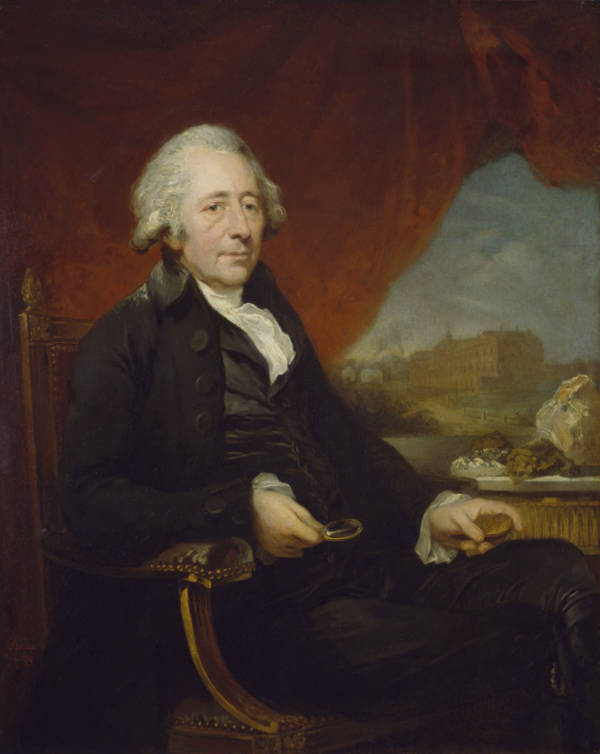 Roebuck was instrumental in Watt’s career, not the least of which because he introduced him to industrialist Matthew Boulton of Birmingham, England. The rich manufacturer was eight years Watt’s senior. Boulton heard about Watt’s invention through Roebuck and was intrigued.

Boulton had many influential friends, including John Wilkinson who was the king of ironmongers and had revolutionized cannon production. Through Wilkinson, Watt finally received the metal-working he required to properly create the Watt steam engine. Meanwhile, Watt remarried and had two more kids.

To demonstrate his steam engine’s efficiency, Watt invented a new unit of measurement called horsepower. He used the weight a group of ponies could lift as a comparison to the power of his steam engine. It was an effective description of his engine’s ability and Watt’s invention became wildly popular.

For eleven years Boulton’s factory produced and sold Watt’s steam engines to miners. One of their machines was even installed at Whitbread’s Brewery in London in 1775 to grind malt and raise the liquor. The steam engine replaced a six-horse-powered wheel.

Boulton then discovered that the Watt steam engine had applications beyond pumping water.

Until this time, machines were powered by water wheels. But they were inefficient for the needs of burgeoning industries like cotton which required a stronger power source to run looms and spinning machines. The Watt steam engine only pumped in a linear motion, and it was Boulton who recommended that the pair look into rotative, or circular, motion. 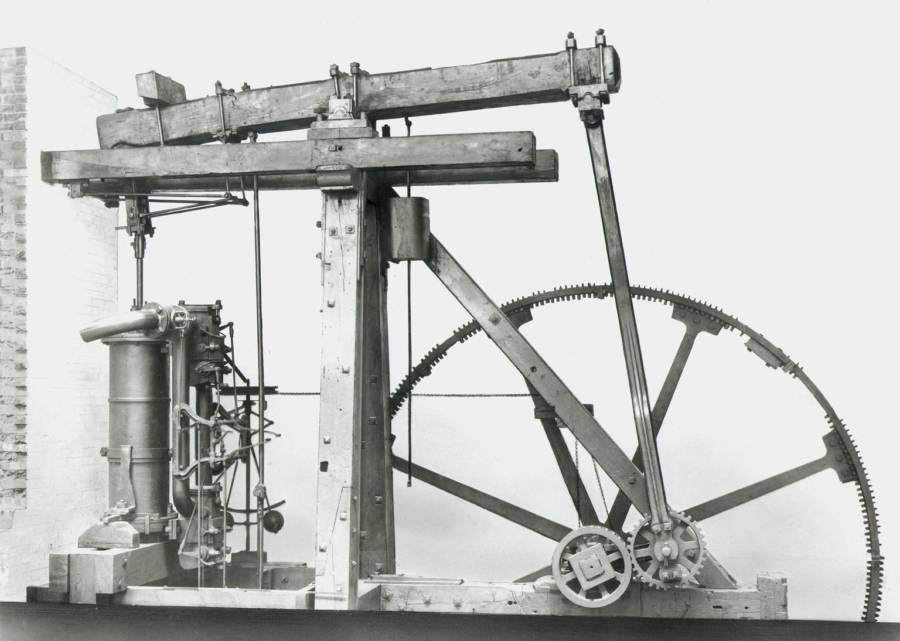 Science Museum Group Collection © The Board of Trustees of the Science MuseumA Boulton and Watt Rotative Beam Engine. This is the oldest essentially unaltered rotative engine in the world and was built by Watt himself in 1788.

“The people in London, Manchester and Birmingham are steam mill mad.”

Boulton wrote to his partner, “I don’t mean to hurry you, but I think in the course of a month or two, we should determine to take out a patent for certain methods of producing rotative motion…There is no other Cornwall to be found, and the most likely line for the consumption of our engines is the application of them to mills which is certainly an extensive field.”

Watt subsequently developed the sun and planet gear. The ingenious device had a cogwheel on the end of a pumping rod which revolved around the rotating cog wheel on a drive shaft. The result was that Watt invented an efficient and powerful means of circular motion that could effectively power a wheel.

This invention became the basis for those larger-scale factories that defined the Industrial Revolution. Watt’s steam engines replace muscle power on an enormous scale. But like all advancements, an intermittent crisis loomed for the population as jobs became obsolete and thousands out of work due to Watt’s more efficient machines. 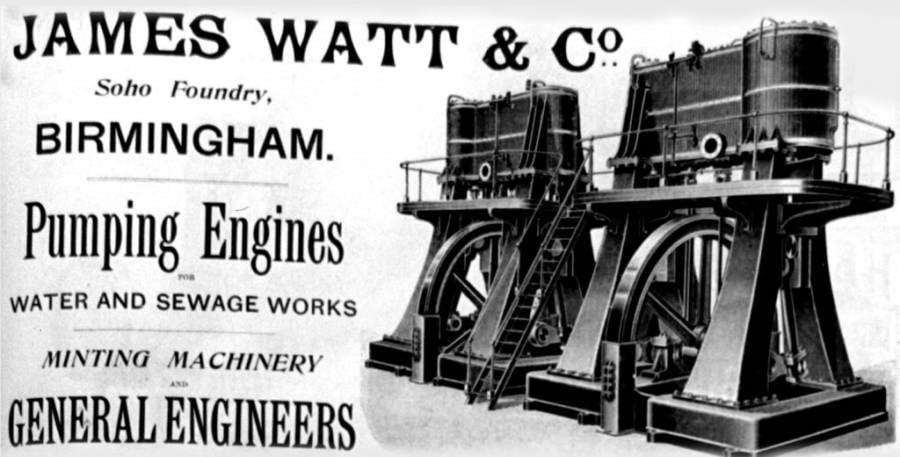 Watt had other inventions, too. In 1780, he patented a copy machine.

Powered by steam engines, Boulton and Watt’s ironworks became the first machine-building factory in the world. By 1800, 84 British cotton mills used Boulton and Watt engines in addition to wool and flour mills. Boulton and Watt essentially held a monopoly over the steam-powered engine business by this point.

Steam-powered ships and steam locomotives connected the globe and cut travel time to a fraction. Steam-powered factories increased production exponentially. James Watt’s contribution most likely went far beyond anything he could have imagined.

For most, the name Watt is synonymous with the unit of electrical power that is named after him. Yet thanks to him steam power made a massive impact on modern life and remains an integral part of power generation to this day.

After this look at James Watt and the invention of the Watt steam engine, check out these famous inventors who don’t even deserve credit for their most famous inventions. Then read up on Fridtjof Nansen, the Nobel Prize-winning explorer who was the first to cross Greenland.