Meet Jane Hawking, The First Wife Of Stephen Hawking Who Divorced Him After 30 Years

Jane Wilde and Stephen Hawking married in 1965, shortly after Hawking learned that he had motor neuron disease. As his illness progressed, his wife became his primary caregiver. 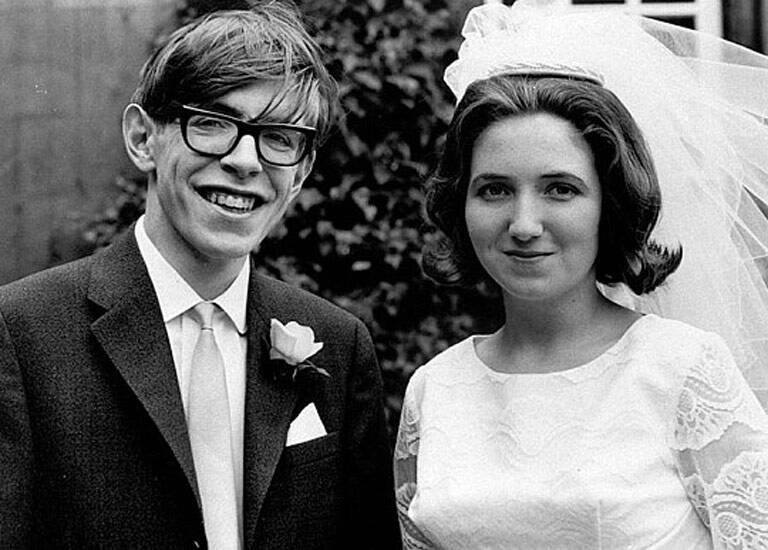 Wikimedia CommonsA young Stephen and Jane Hawking on their wedding day in 1965.

In 1963, Jane Wilde learned that her boyfriend, Stephen Hawking, had motor neuron disease. Doctors told the 21-year-old that he had, at most, two years to live. But two years later, the young lovers married — and embarked on a 30-year marriage.

As her husband’s illness worsened, Jane Hawking cared for both him and their three children until the couple divorced in 1995. Determined to prove that she was more than the famous thinker’s wife, Hawking went back to school herself — and earned her doctorate.

This is the little-known story of Jane Hawking, the ex-wife of Stephen Hawking.

The Young Romance Of Stephen And Jane Hawking

Jane Wilde was an undergraduate studying in London when she met the brilliant Oxford student Stephen Hawking in 1962.

During their courtship a year later, Hawking received a devastating diagnosis: he had motor neuron disease which would slowly break down his nerves and paralyze him. Doctors predicted he would not live to see his 25th birthday.

But Wilde stayed by Hawkings’ side, believing that “despite it all, everything was going to be possible. Stephen was going to do his physics, and we were going to raise a wonderful family and have a nice house and live happily ever after.”

Indeed, the couple married in 1965, but their relationship was forced to take a backseat to Hawking’s academic ambitions from the start. The newlyweds even honeymooned at a physics conference in upstate New York. 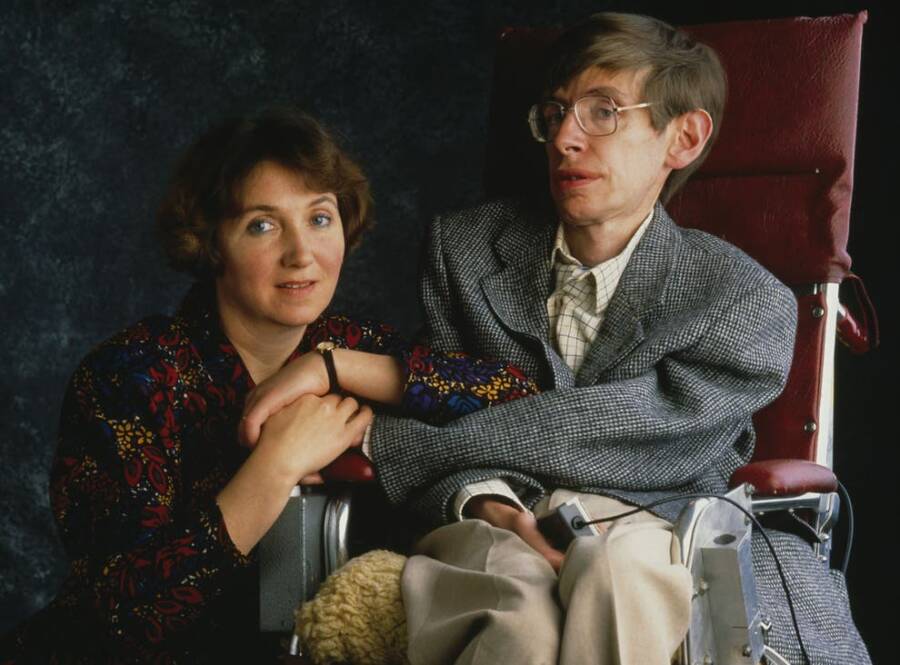 Jane Hawking quickly found herself in her husband’s shadow. By 1970, Stephen was launching his career as a theoretical physicist and found herself becoming his caretaker as well as raising their first two children.

“I had two tiny babies, I was running the home and looking after Stephen full time: dressing, bathing, and he refused to have any help with that other than from me,” Hawking later related. 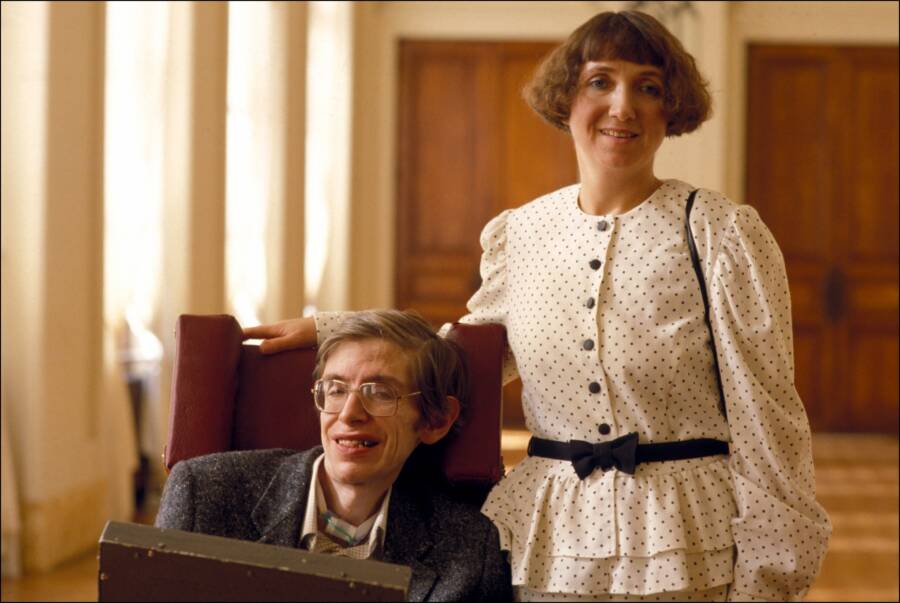 Gilles BASSIGNAC/Gamma-Rapho via Getty ImageStephen and Jane Hawking in 1989, shortly before their marriage ended.

For years, Stephen refused to use a wheelchair. “I’d be going out with Stephen on one arm, carrying the baby in the other, and the toddler running alongside. Well it was hopeless because the toddler would run off and I would be unable to chase. So that kind of thing made life rather impossible.”

But Jane Hawking devoted herself to her marriage nonetheless, and in part because of her husband’s groundbreaking research.

“There was no alternative to just carrying on. I felt very committed to Stephen, and I didn’t think he could manage without me. I wanted him to carry on doing his amazing work, and I wanted the children to have a stable family behind them – so we just carried on.”

By 1979, Jane Hawking had three children and a Ph.D of her own in medieval Spanish poetry. The doctorate gave Hawking an identity separate from her marriage. But because of her caregiving, it took her 12 years to complete the degree.

The doctorate offered Jane a form of armor, as she explained, “I was glad I had done it because it meant I wasn’t just a wife, and I had something to show for all those years. Of course, I had the children to show, but that didn’t count in Cambridge in those days.”

But following her own path still left her feeling unmoored in her marriage.

“The truth was, there were four partners in our marriage,” Hawking said. “Stephen and me, motor neuron disease, and physics.”

Soon, there would be even more partners. In the 1980s, while Stephen was penning A Brief History of Time, he fell in love with one of his nurses. At the same time, Hawking formed a close relationship with a widower named Jonathan Hellyer Jones.

In 1995, Stephen and Jane Hawking divorced. Within two years, both had remarried; Stephen to his nurse and Jane to Jonathan.

Life After Being The Wife Of Stephen Hawking

Reflecting back on her life with the theoretical physicist in her memoirs, Jane Hawking said that one of her most important jobs was “telling him that he was not God.” 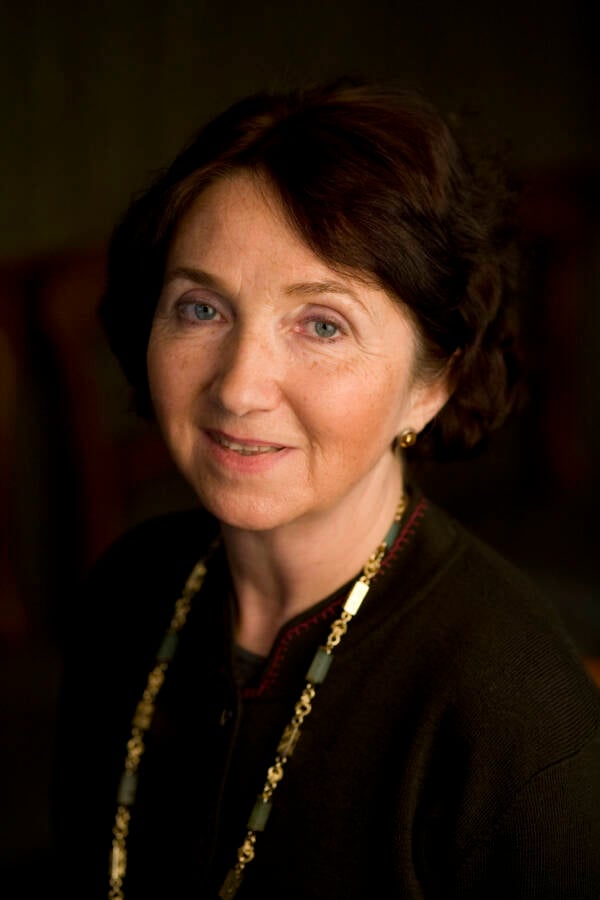 But the two still managed to maintain a close relationship even after their divorce. The former couple lived down the road from each other and met regularly.

In 1999, Hawking wrote a memoir of her relationship with Stephen. “I thought it was terribly important to document that life with Stephen,” she said. “I did not want someone coming along in 50 or 100 years, inventing our lives.”

By writing her autobiography – and by revising it and seeing it turned into a motion picture – Jane Hawking reclaimed her role in an extraordinary relationship.

Stephen Hawking’s career would not have been possible without the help of his wife Jane Hawking. Next, read more about the scientist’s life with these Stephen Hawking facts. Then discover the story of Anne Morrow Lindbergh, another acclaimed woman overshadowed by her more famous husband.