10 Things To Know About Stephen Hawking, The World’s Coolest Scientist 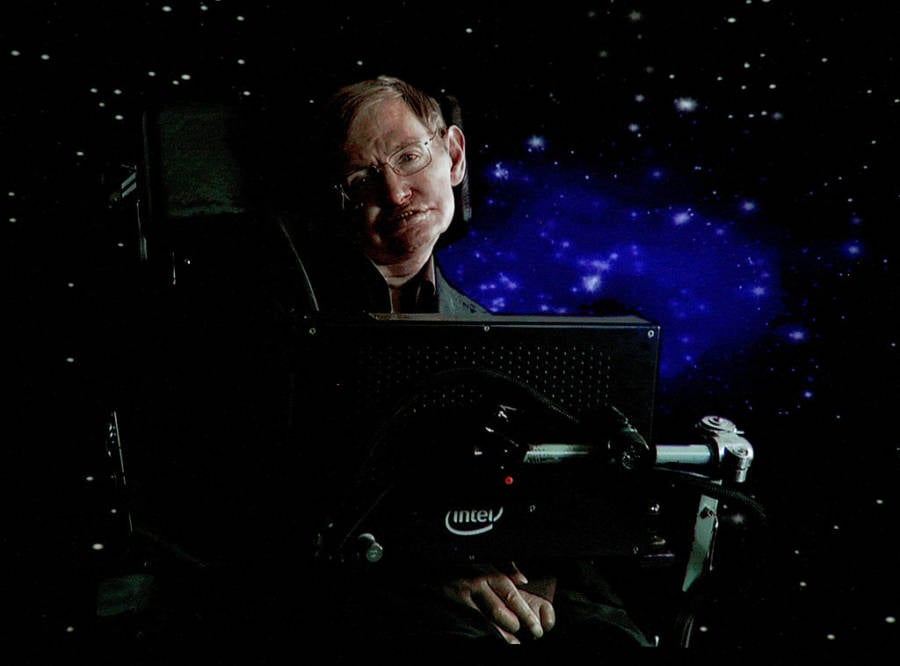 Professor Stephen Hawking is likely the most famous scientist since Albert Einstein (in fact, Einstein was Hawking’s nickname in grade school.)

As the theoretical physicist, author and professor turns 75 this week, here are some facts you probably didn’t know about his amazing life:

1. His birthday coincides with another special event.

Hawking was born exactly 300 years after the death of a similarly space-inclined scientist: Galileo Galilei.

After he began feeling clumsy and having trouble rowing while a student at Oxford, Hawking was diagnosed with amyotrophic lateral sclerosis (ALS), or Lou Gehrig’s Disease, at the age of 21.

Normally, patients with this prognosis are given two to five years to live. But Hawking has defied doctors and survived with the condition for more than 50 years.

ALS causes muscle weakness and eventually paralysis. Hawking can now only move some muscles in his face and a few fingers on one hand.

Some experts have said they no longer believe Hawking suffers from ALS — not understanding how he’s survived so long.

3. Though he’s British, he has an American accent.

Hawking uses a speech synthesizer that he controls with his cheek muscles to speak. It was created for him by a Californian company, and therefore has an American accent.

The synthesizer is fairly outdated and Hawking has had the option to update it, but he’s said he’s grown attached to the voice and identifies with it. He once almost switched to a machine that would give him a French accent, but he thought his wife might divorce him.

Not on horses, football games, or cards. When Hawking gambles, it’s about black holes.

In 1975, he was arguing with Kip Thorne, a fellow theoretical physicist, about their existence. Though Hawking believed in the phenomenon, he wanted to find a way that he wouldn’t be totally bummed if they ended up not being real.

So they agreed that if the black holes did not exist, Thorne would buy Hawking a subscription to the satirical magazine, Private Eye. If they were real, Hawking would get Thorne a subscription to Penthouse. A few years later, the racy publication arrived on Thorne’s doorstep.

More famously, in 1997, he was arguing with Thorne and another man about radiation in black holes. He ended up losing that bet as well and sent Thorne and John Preskill a baseball encyclopedia.

A long-time fan, Hawking has voiced his own Simpsons’ character in four different episodes. Along with his signature synthesizer, Hawking’s cartoon wheelchair is equipped with a retractable helicopter propeller and a boxing glove.

After his character saves Lisa, Homer asks her: “Did you have fun with your robot buddy?”

Hawking also guest starred in Futurama and an episode of Star Trek, in which he plays hologram poker with Sir Isaac Newton and Albert Einstein.

6. He doesn’t believe in the possibility of backwards time travel or heaven.

In his autobiography “My Brief History,” Hawking presents a simple argument against time travel to the past saying, “if it were (possible), we would have been overrun by tourists from the future by now.”

Heaven, he’s said, is equally far-fetched. “The notion of heaven is a fairy story,” he’s said.

7. He learned math while he was already a professor of it.

“I’m now a professor of mathematics, but I have not had any formal instruction in mathematics since I left school at the age of seventeen,” he wrote in My Brief History. “I have had to pick up what I know as I went along. I used to supervise undergraduates at Cambridge and keep one week ahead of them in the course.”

8. The pope once told him to cut it out.

9. He can only communicate one to two words per minute.

Hawking spends days writing his speech before delivering it.

10. If aliens ever visit, he suspects it won’t end well.

“If aliens visit us, the outcome would be much as when Columbus landed in America, which didn’t turn out well for the Native Americans,” he said in 2010. “We only have to look at ourselves to see how intelligent life might develop into something we wouldn’t want to meet.”

After reading these Stephen Hawking facts, read Stephen Hawking’s deadline for the survival of the human race, or inspiring Stephen Hawking quotes. Then, check out Isaac Newton facts you’ve never heard before. Finally, dive into our unbeatable collection of fun facts.