Marriages are first and foremost an economic arrangement, and the 19th century practice of wife selling only bolsters that argument. 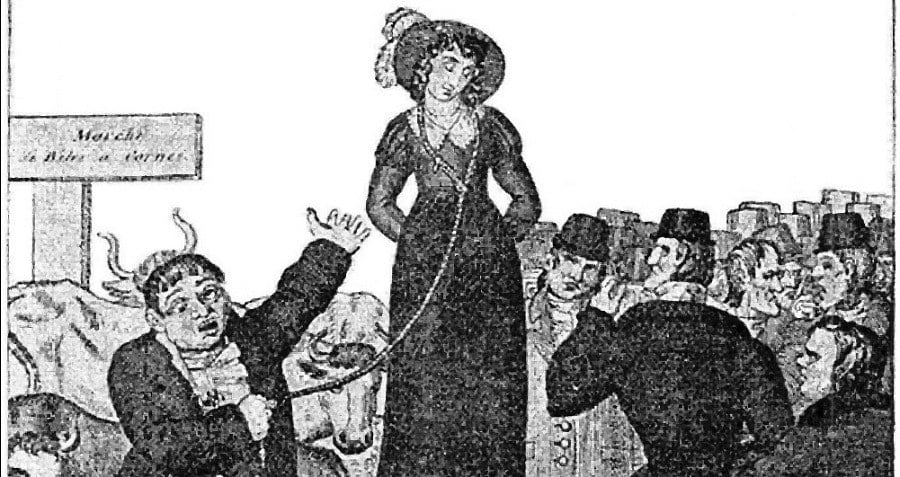 A husband takes his wife and child to the local market, intending to sell them both to the highest bidder. Yes, this is the introduction to the 1886 Thomas Hardy novel The Mayor of Casterbridge, but it was also a commonly practiced custom among the poor of old England.

Back in the early-to-mid 1800s, “wife selling” offered itself to many Brits as an easier and less costly alternative to a traditional divorce.

Before 1857, the year that the first divorce court would appear in England, divorcing one’s spouse was a tough and costly endeavor. In order to legally file for the dissolution of a marriage, you’d need a private Act of Parliament and the blessing of a church — necessities that would, today, cost around $15,000.

Because the average working-class man typically could not afford such rates, he would simply transfer “ownership” of his wife to the highest bidder in a public auction, much the same way one would sell a cow or a goat. 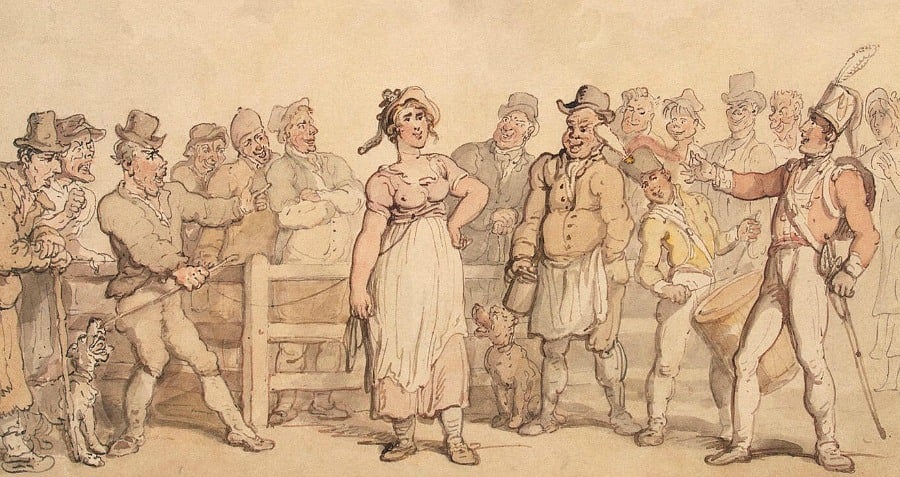 In fact, the details of these public auctions exactly resembled the buying and selling of any other such commodity. Walking together to the public market or local cattle auction, the husband would simply pay a market toll before placing his wife upon a stand, tethered to her seller from the wrist or waist by a thick strand of rope.

Now displayed at the auction block for all to see, buyers would sometimes haggle with the seller until reaching an agreed-upon price. And just like that, the unhappy couple was together no more.

Of course, this entrepreneurial arrangement wasn’t exactly legal, though because this was typically a practice of the poor, authorities most often turned a blind eye.

While the custom seems especially strange and even offensive to most people today, it is important to remember that, before the Marriage Act of 1753, the law did not require a formal wedding ceremony, making the matrimonial pairing of a couple essentially nothing more than an agreed-upon arrangement. The husband and wife would, however, be formally regarded as one legal personage, with the man now incorporating the woman’s rights. 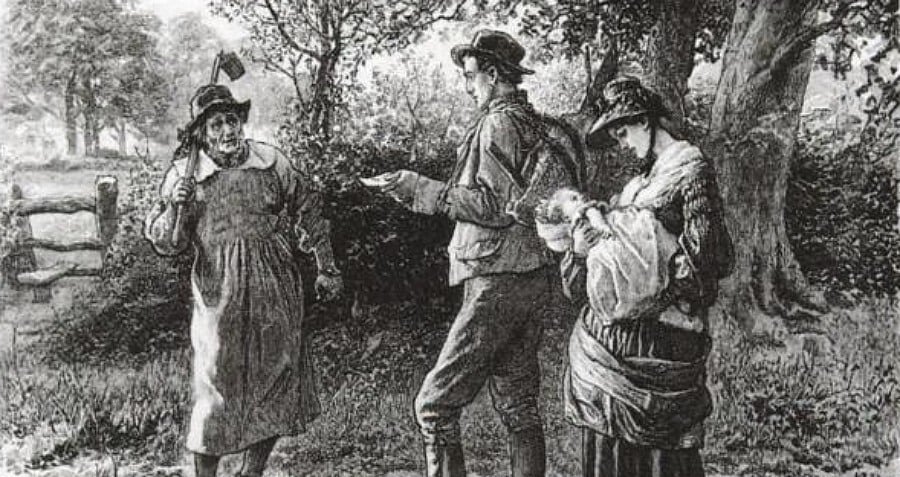 While women were certainly regarded as the commodity in such an arrangement, it wasn’t always a disgruntled, “upgrade”-seeking husband who would lead to the sale. Quite often, women themselves would approach the subject, insisting on the transaction as a means to terminate an unhappy marriage.

Wives would accept or decline a buyer at their own discretion, and could even veto a particular sale if they found the buyer disagreeable. Most often, the parties agreed upon the terms of the sale weeks before the public sale took place, making the marketplace exchange not much different than a marriage ceremony itself.

While the practice of wife-selling has pretty much subsided since the implementation of modern divorce courts, some examples of the old ways remained. Even as recently as 2009, poor farmers living in certain parts of rural India have been forced to sell their wives in an effort to keep wealthy money lenders happy.

The practice has also shown up in the world’s largest marketplace, eBay, when in 2016 a man offered up his “unsympathetic” wife. The prankster — who described his wife as “body work and paint work still in decent shape and has some skills in the kitchen” — landed bids as high as $65,000 before the site took the posting down.

For more matrimonial oddities like wife selling, read up on the practice of ghost marriage.