How Wojtek The Bear Became A World War II Hero

By All That's Interesting | Checked By Bernadette Deron

Amid a long journey to join forces with the British Army in World War Two, one unit of the Polish II Corps stumbled upon an unlikely, and invaluable, comrade: a Syrian brown bear they named Wojtek.

A New Army And A New Mascot 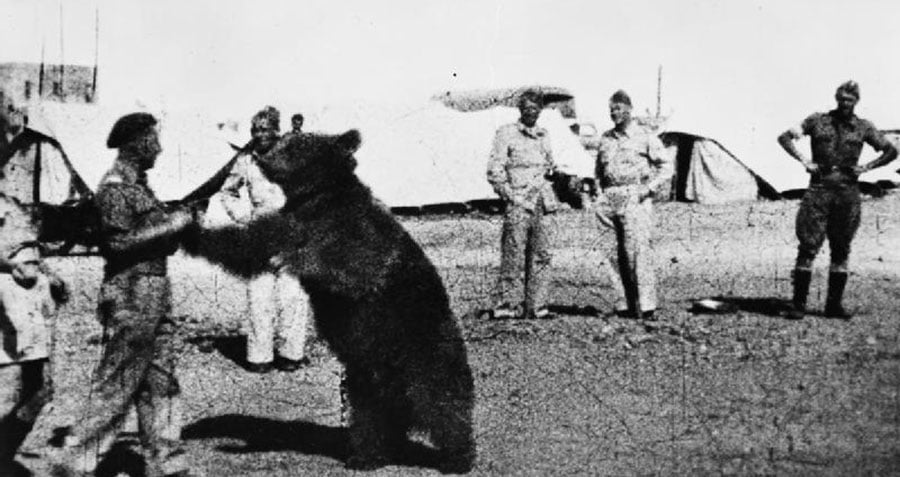 Wikimedia CommonsTroops of the Polish 22 Transport Artillery Company watch as one of their comrades play wrestles with Wojtek their mascot bear during the Middle Eastern campaign of World War II, circa 1942-1943.

Poland bore a bulk of World War II-related traumas. After the Nazis invaded Poland on September 1, 1939 — only to be followed by the subsequent Soviet invasion on the 17th — the country had only experienced a couple of decades of independence before it found itself under occupation once again.

Following the invasions, Stalin and Hitler agreed to a nonaggression treaty, which effectively divided Poland in two. Hitler broke that pact on June 22, 1941, when he ordered an invasion of the USSR.

In what came to be known as the Sikorski-Mayski Agreement, Stalin declared all previous pacts between the USSR and Poland to be null and void. Among other things, this allowed Poles to create their own army, despite technically being on Soviet soil. That they did, and the army became the Polish II Corps led by Lieutenant General Władysław Anders.

In the spring of 1942, the newly-formed army left the USSR for Iran, along with the thousands of Polish civilians released from Soviet gulags. On the way to Tehran, the traveling Poles encountered an Iranian boy in the town of Hamadan who had found an orphaned bear cub. Irena Bokiewicz, one of the civilians, was so enamored with the cub that one of the lieutenants purchased him in exchange for a few tins of food.

The cub became a part of the 22nd Artillery Supply Company, and soon received its own Polish name, Wojtek (pronounced voy-tek), which translates to “joyous soldier.” Wojtek traveled with the company through the Middle East, as the unit made its way to join forces with the 3rd Carpathian Division of the British Army in Palestine. 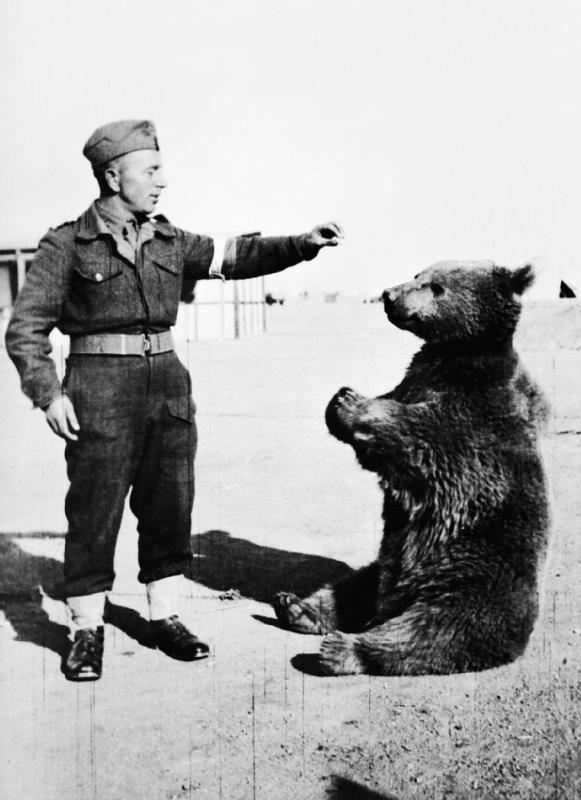 Growing up with soldiers, Wojtek adopted some rather curious habits. Indeed, reports say that the bear would drink milk from an old vodka bottle, imbibe beer and wine, and smoke (and eat) cigarettes with his army buddies, just as any soldier would.

Wojtek quickly became a source of light in the midst of war. He would often wrestle with his fellow fighters, and even learned to salute when greeted by his company men.

Wojtek’s fate with the company fell on uncertain times in 1943 when the unit prepared to board a ship and join the Allied campaign against Italy in Naples. Officials at the Alexandria, Egypt port refused to let the bear on as he was not officially part of the army.

In a quick, if not bizarre, workaround, soldiers made Wojtek a private of the Polish II Corps, and gave him a rank, service number, and pay book to legitimate his status. It worked, and Wojtek joined his comrades onto the Italy-bound vessel, this time as a legal member of the army.

By the time the unit arrived in Italy, Wojtek had grown significantly from cub to a 6 ft tall, 485 lb. adult Syrian brown bear. Making good use of his size and strength, the company taught Wojtek how to carry crates of mortar rounds, which he reportedly did without fail during the bloody battle of Monte Cassino. 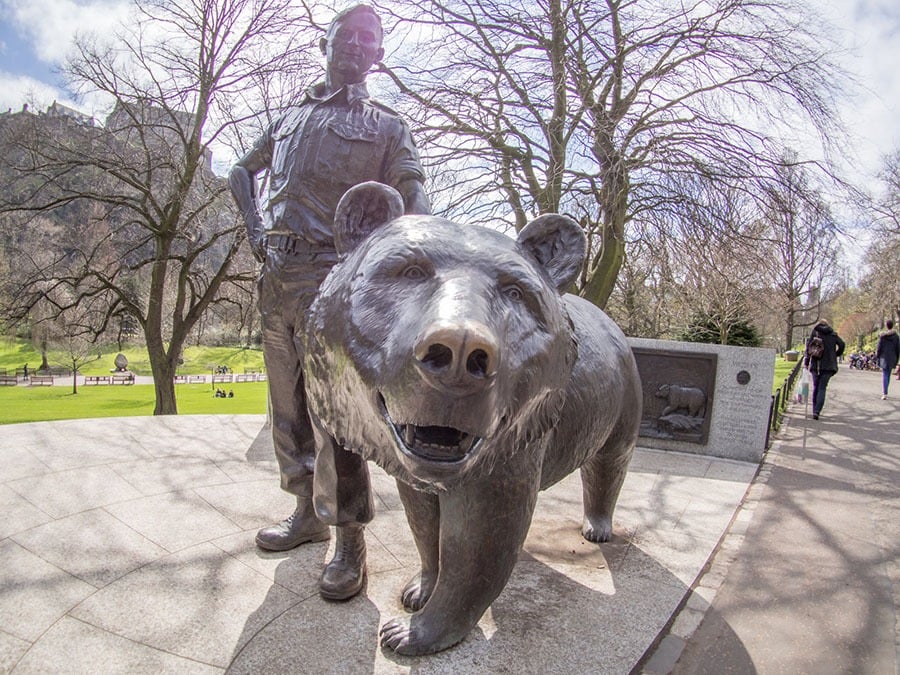 While 21-year-old Wojtek would die at the zoo on December 2, 1963, his memories of army life would stay with him for the rest of his days. Reports say that the bear would perk up when he heard visitors speak Polish.

After this look at Wojtek the Bear, check out the story of military dolphins. Then meet Sergeant Stubby, World War I’s most decorated dog soldier.