New York Has Made A Big Step Toward Tuition-Free College

Is New York paving the road for "free college"? Not really, but it's a step in the right direction. 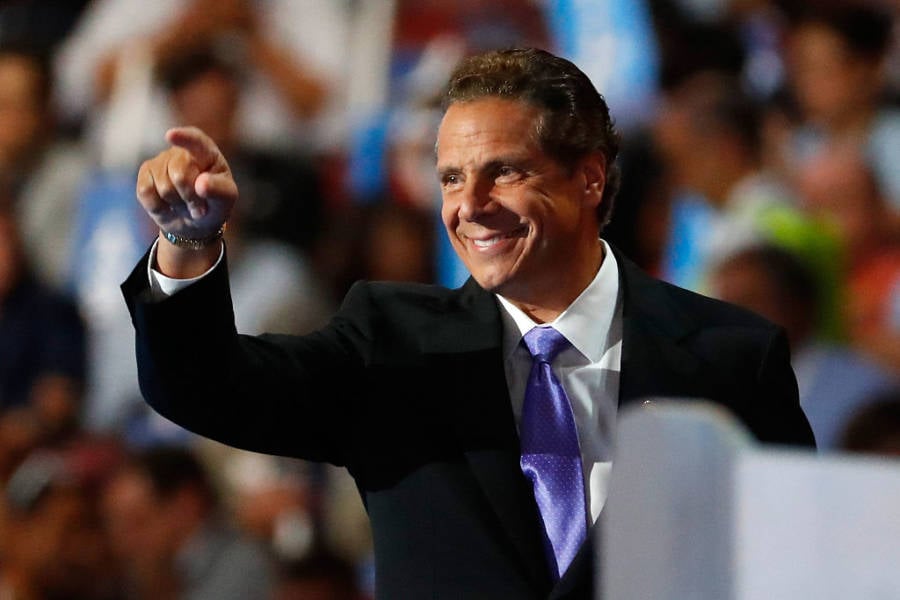 The plan, which was presented at a Tuesday press conference with the help of Vermont Senator Bernie Sanders, would cover any student who was accepted into a state or city university and whose family earned $125,000 or less.

The proposal, Cuomo said, should serve as an example for how the U.S. should support its young people.

“It should be a wake-up call to this nation to say if you really want to be competitive globally, we have to have the best educated workforce, and that means we have to have college for every child, man or woman who wants to attend,” he said.

Senator Sanders, who promoted a similar plan during his presidential candidacy, agreed that the legislation should spread outside of New York.

“If New York state does it this year, mark my words, state after state will follow,” he said.

But what are the plan’s costs? How will it affect private education? And how does it compare to what other states are already doing?

Is this the plan that will end student debt?

Here’s what you need to know:

With that criteria, almost one million families and independent adults would qualify, but only about 200,000 would receive tuition-free education. This is because colleges would not change their admission requirements and only expect a 10 percent enrollment increase with the new legislation.

How much will it cost?

“If it costs so little, why haven’t we done it before?” she asked.

One reason it might cost so little? New York state and city colleges are pretty affordable in the first place. According to the College Board, current full-time resident tuition is $6,470 at four-year State University of New York colleges and $6,330 at four-year City University of New York colleges. For comparison’s sake, the national average for in-state tuition fees is $9,650.

So college will be totally free?

Not quite. The funding will not cover room, board, and books.

What are the possible cons?

First: Some private schools have expressed concern over the program — noting that their financial aid programs won’t be able to compete with this form of aid.

Mary Beth Lebate, president of the Commission on Independent Colleges and Universities, suggested that the state would be better off expanding its current tuition assistance program.

That program, which already provides nearly $1 billion in support, currently caps its scholarships at $5,165 — though state tuition is over $6,300 at full-time four-year state schools.

Second: State schools are also worried — mostly that the estimated ten percent increase in enrollment is low. They fear that — due to the governor’s recent veto of a bill that would require the government to pay for increasing operating costs at public universities — they’ll be stuck shouldering the cost of these new students themselves.

Third: According to a Washington Post op-ed by Matthew Chingos, Cuomo’s plan would mostly benefit the middle class and ignore the students who need support the most.

This is because, rather than providing free tuition without accounting for other grants or scholarships (as both Sanders and Clinton proposed during their presidential runs), this funding would only make up the difference between what students were already getting in federal and state support, “meaning that those who get the most aid, benefit least from the proposal.”

If Cuomo had instead drafted a plan that provided college tuition in addition to the existing grants and scholarships, students would be able to channel that other money toward the expensive room, board, and supplies costs that — with existing financial aid as it is — are really the only expenses keeping a lot of poor students out of the classroom.

What are other states doing?

Tennessee and Oregon both have programs to pay for community college, but this would be the first statewide effort to include tuition at four-year colleges.

While Cuomo’s announcement has prompted a vast public response, for now, it’s just that: an announcement. State legislators still need to vote to approve the measure. It’s also unclear how Cuomo intends to pay for this scholarship program, but he says it will appear in a budget proposal published later this month.

Next, read about why the government probably owes African American students tuition, or the why college might not be worth the price.