‘Til Death Don’t Us Part: A History Of Ghost Marriage

The idea of marrying a dead person is older than the Magna Carta — and it's called ghost marriage. 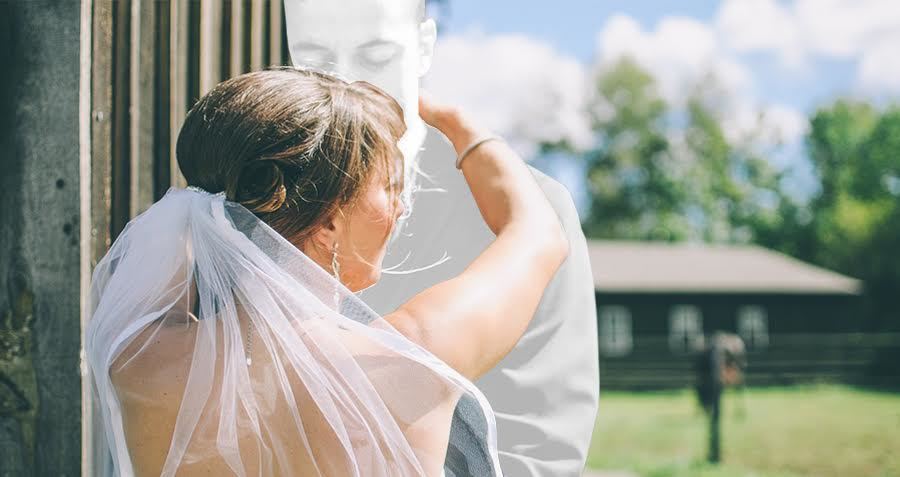 Imagine a world where “‘til death do us part” wasn’t taken literally — where you could be married after death, and even get married after you’d already passed on.

In actuality, there’s no need to imagine. Necrogamy, or marriage that takes place after death, is alive and well today. Though the form and frequency of the practice varies across the globe, the fact remains that in some places, the right to marry never ends, even beyond the grave…

The most prominent, still surviving legal acknowledgment of necrogamy is a French law which dates back to December 31, 1959. The law came following the collapse of the Malpasset Dam, which left one woman’s fiancé dead. Irène Jodart, the grieving bride-to-be, pleaded with the government to let her marry him anyway.

It is unclear whether Jodart’s social capital or the plentiful media coverage of her case swayed the French government, but within a month, Article 171 of the civil code was written. It states that:

“The President of the Republic may, for serious reasons, authorize the solemnization of marriage if one of the spouses died after completion of official formalities marking it unequivocal consent. In this case, the effects of marriage dated back to the day preceding the death of the husband. However, this marriage does not entail any right of intestate succession for the benefit of the surviving spouse and no matrimonial property is deemed to have existed between the spouses.” 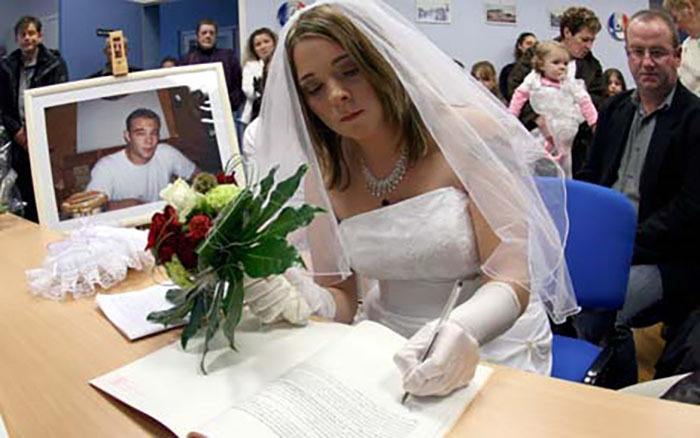 A woman says “I do” to her dearly departed in France. Image Source: Telegraph

In practice, this means that while a living person may marry someone who is dead, they cannot receive any of the deceased’s money or belongings. They can, however, receive a pension and insurance claims, and any children born or in utero at the time of the marriage are considered the deceased’s legitimate child. Otherwise, it is a purely symbolic ceremony, as the living spouse is considered a widow/er at the time of the ceremony.

Some twenty posthumous marriages are conducted every year in France, and there are examples of similar practices in the United States, South Korea, Germany, South Africa, Sudan, and Thailand. In China, however, where ghost marriage was once permitted, the idea of marrying the dead takes on an entirely new angle…