Unique to humans, happiness is one of the hardest emotions to define or understand. What do we really know about the science of happiness? 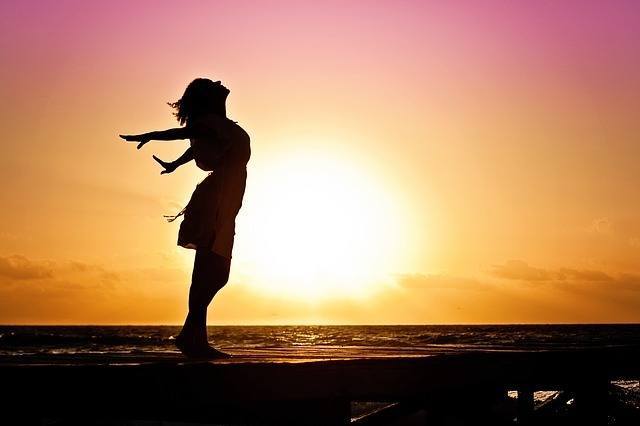 Unlike other species, humans are equipped with the ability to consciously experience, and anticipate, a weird but pleasant sensation called happiness. But how do we make scientific sense of this phenomenon? From chemistry to psychology, here’s how scientists have attempted to explain the singular human emotion.

What Is Happiness Made Of?

First, it’s important to note that conducting scientific research on happiness is notoriously difficult, due to its inherently subjective nature. What scientists do know is that at a molecular level, the feeling of happiness is linked to several neurochemicals, and that not having enough of these “happy molecules” can lead to depression.

When learning about these so-called happy molecules, you’ll often hear about dopamine, a neurochemical present in the reward network of our brain. Humans seek out dopamine-producing activities (which can range from something as innocuous as petting a dog to something as potentially dangerous as snorting several lines of cocaine) because our brains know that certain behaviors will have feel-good outcomes.

Another happiness molecule is serotonin, which is commonly referenced in discussions about depression. However, since serotonin isn’t a molecule exclusively active in our emotional lives (it also plays an important role in regulating physical functions), it’s a tricky one to study in the context of emotion alone.

That said, scientists do know that serotonin’s presence plays a key role in our self-confidence levels, and that antidepressant SSRIs (selective serotonin reuptake inhibitors) can help keep serotonin in a depressed person’s synapses for longer periods of time, and thus make them “happier.”

If serotonin was the only happiness-making brain chemical, SSRIs would probably work for everyone. But since there are so many neurochemicals involved in the process of producing a “happy” human, there is no one-size-fits-all approach to antidepressant medication.

Another neurochemical that’s often linked with feeling good is the “love” chemical, oxytocin. Oxytocin is the chemical that helps us bond, either with children or with loved ones. It’s possible to increase your levels of calming oxytocin through physical contact and being close with people we care about — in other words, hugging really is good for you.

Endorphins (which translates to “self-induced morphine”) are natural painkillers formed by strings of amino acid sequences. While they don’t necessarily “create” happiness in the direct way that dopamine and oxytocin do, the elimination of physical pain is definitely important to one’s sense of well being.

On an even more physical level, adrenaline is one such neurochemical that we’ve all felt the effect of at one time or another. The fight or flight response that we have when we’re in a scary situation increases our heart rate, causes sweating and makes us feel alert or “on-edge.”

While adrenaline is usually associated with fear, it can also make us feel somewhat giddy (something you’ll understand if you’ve ever enjoyed being scared while watching a horror movie).

These are just some of the ingredients in the stew of chemicals that physically make up happiness. But how do we tell just how happy we actually are?