When you're as old as the Catholic Church, you're going to have picked a lot of fights — and some are more absurd than others. 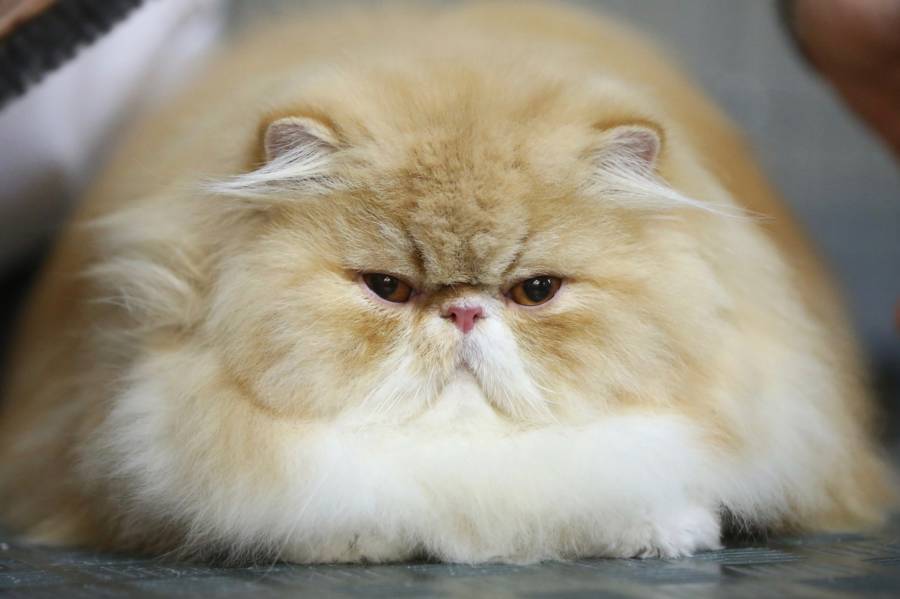 There are two types of people in this world: cat people, and not cat people.

Pope Gregory IX, who held the papacy from 1227 to 1241, most definitely fell in the second camp — largely because he believed that the fluffy hairball-hackers embodied Lucifer himself.

Gregory based his theory on “evidence” from Conrad of Marburg, a papal inquisitor. Apparently torture produced some pretty convincing confessions from people who worshipped the devil and his black cat.

On June 13, 1233, Gregory issued the Vox in Rama, an official papal decree declaring that Satan was half-cat and sometimes took the form of a cat during Satanic masses.

Before the prospect of burning at the stake for having contact with the purring pets, Catholics around the the continent began slaughtering any feline that entered their property. We may still see the effects of the mass cat slaughter today: It’s been suggested that the small black cat population in Europe today is a direct result of that breed being deemed particularly devil-like.

Of course, the Bubonic Plague also motivated the kitty killings, as many believed that cat germs contributed to the plague’s spread.

However, history shows that the Black Death, which ravaged Europe in the mid 1300s, was actually caused by rats and the fleas on them. Which means that killing off the rats’ main predators was probably not the best idea.

The Church’s feline foibles didn’t stop with Gregory, however. Pope Innocent VIII came to power in the late 1400s, during the throes of witch crusades in Western Europe. Because the powers that be dictated that the cat composed one of the main identifiers of a witch, the Church officially excommunicated the entire species.

Cat burning and other forms of cat hating have survived the centuries since.

In Belgium, an entire festival, Kattenstoet, is dedicated to throwing cats from buildings and burning them in the streets. Queen Elizabeth I celebrated her coronation with the burning of a cat-stuffed effigy.

Even today, the Vatican still throws shade at cats. But this time, Pope Francis is focusing on all pets – saying that people spend way too much money on furry friends.

“After food, clothing and medicine, the fourth item is cosmetics and the fifth is pets,” he said, referring to a study on where most people’s income goes. “That’s serious.”

And though it’s unlikely that history’s most pro-natural environment pope will encourage cat bonfires, he does suggest we take a step away from the dog ice cream and cat outfits in the pet aisle.

“One can love animals,” the Catechism says. “One should not direct them the affection due only to persons.”

Want more crazy cat facts? Learn how cats first spread around the world. Not a cat person? Hera are six really weird pets that you could actually own.