These Stephen Hawking quotes and photos will expand your mind, feed your soul, and make you believe that absolutely anything is possible. 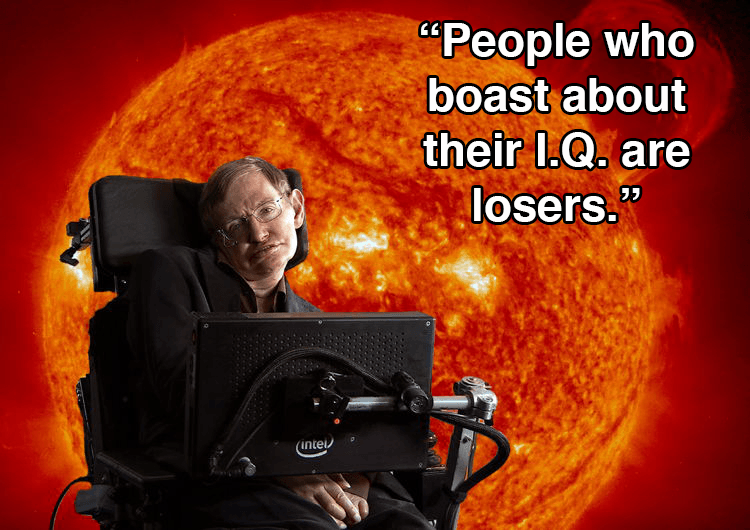 "People who boast about their I.Q. are losers."Flickr 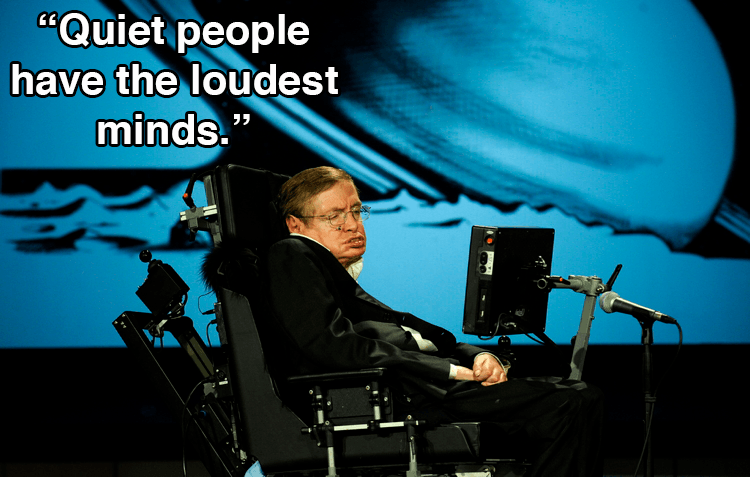 "Quiet people have the loudest minds."Flickr 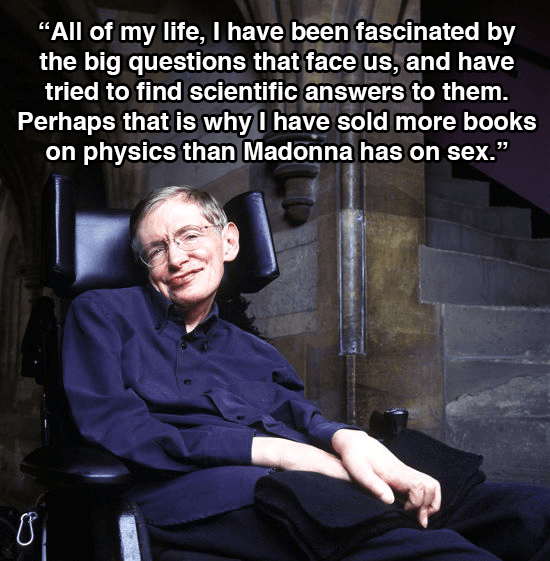 "All of my life, I have been fascinated by the big questions that face us, and have tried to find scientific answers to them. Perhaps that is why I have sold more books on physics than Madonna has on sex."Flickr 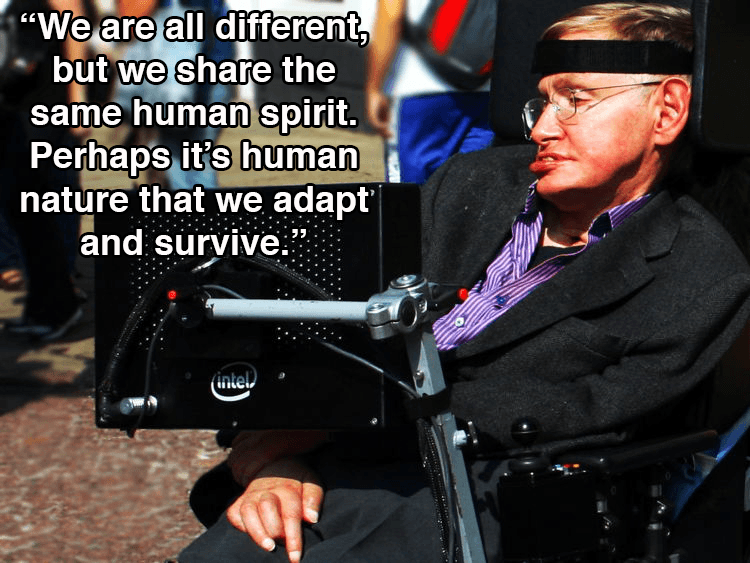 "We are all different, but we share the same human spirit. Perhaps it's human nature that we adapt and survive."Wikimedia Commons 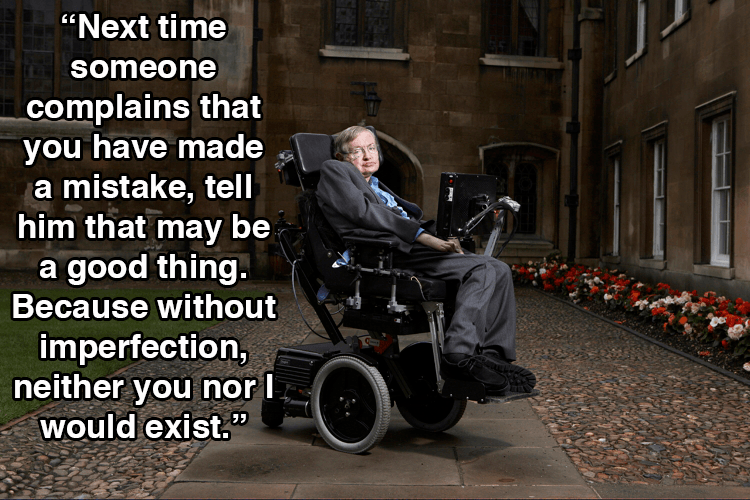 "Next time someone complains that you have made a mistake, tell him that may be a good thing. Because without imperfection, neither you nor I would exist."Flickr 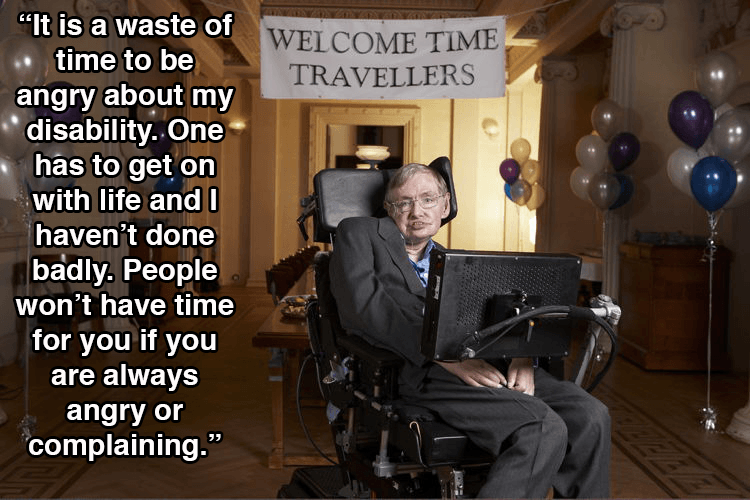 "It is a waste of time to be angry about disability. One has to get on with life and I haven't done badly. People won't have time for you if you are always angry or complaining."Flickr 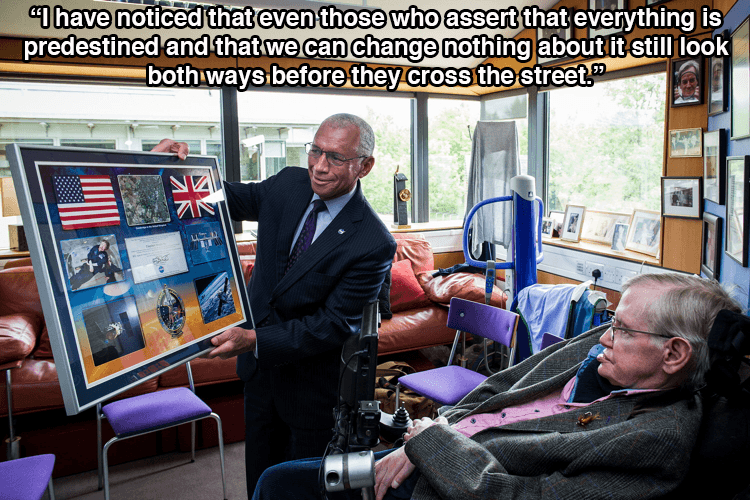 "I have noticed that even those who assert that everything is predestined and that we can change nothing about it still look both ways before they cross the street."Flickr 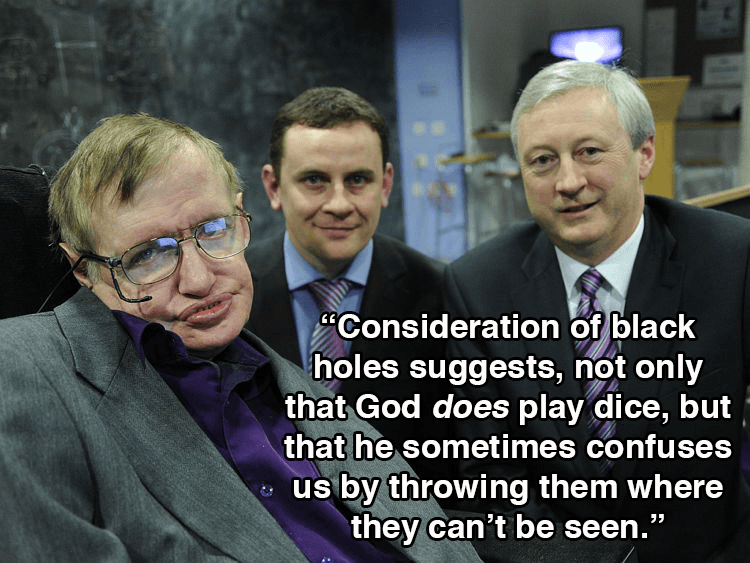 "Consideration of black holes suggests, not only that God does play dice, but that he sometimes confuses us by throwing them where they can't be seen."Wikimedia Commons 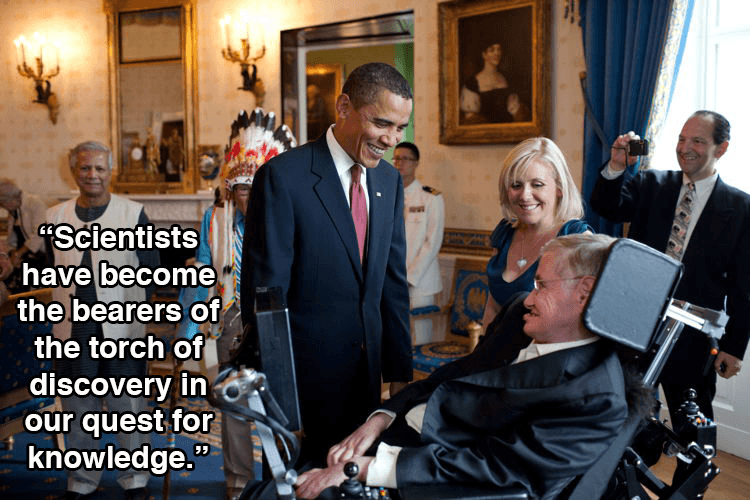 "Scientists have become the bearers of the torch of discovery in our quest for knowledge."Wikimedia Commons 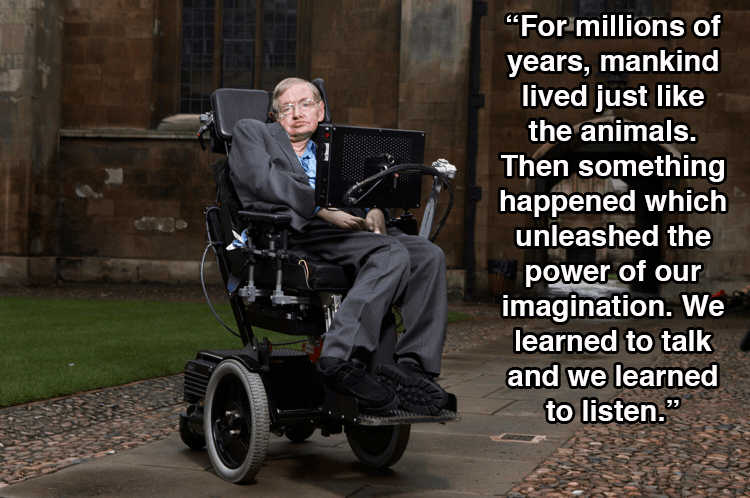 "For millions of years, mankind lived just like the animals. Then something happened which unleashed the power of our imagination. We learned to talk and we learned to listen."Flickr 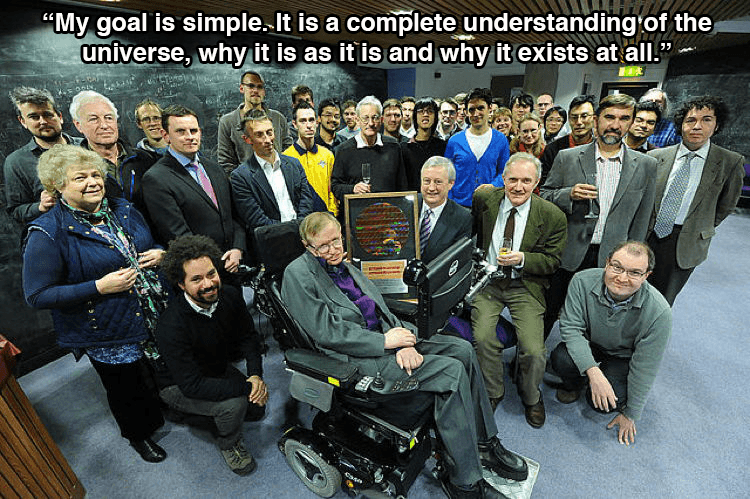 "My goal is simple. It is a complete understanding of the universe, why it is as it is and why it exists at all."Wikimedia Commons 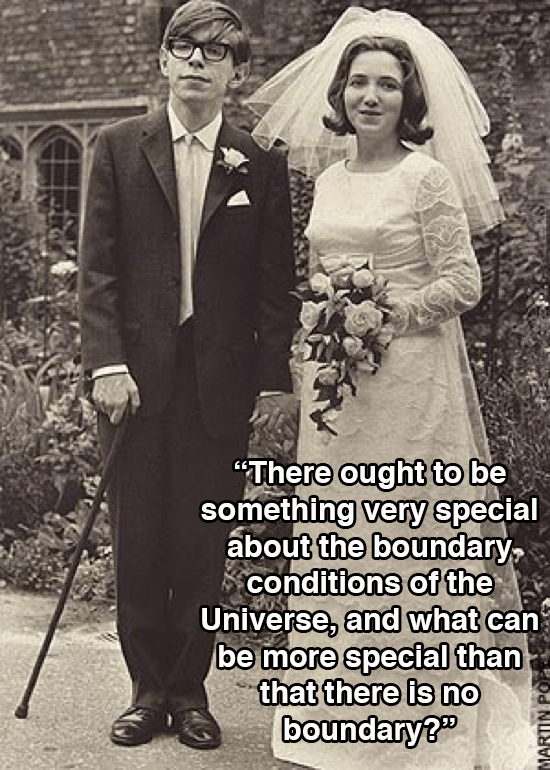 "There ought to be something very special about the boundary conditions of the Universe, and what can be more special than that there is no boundary?"Flickr 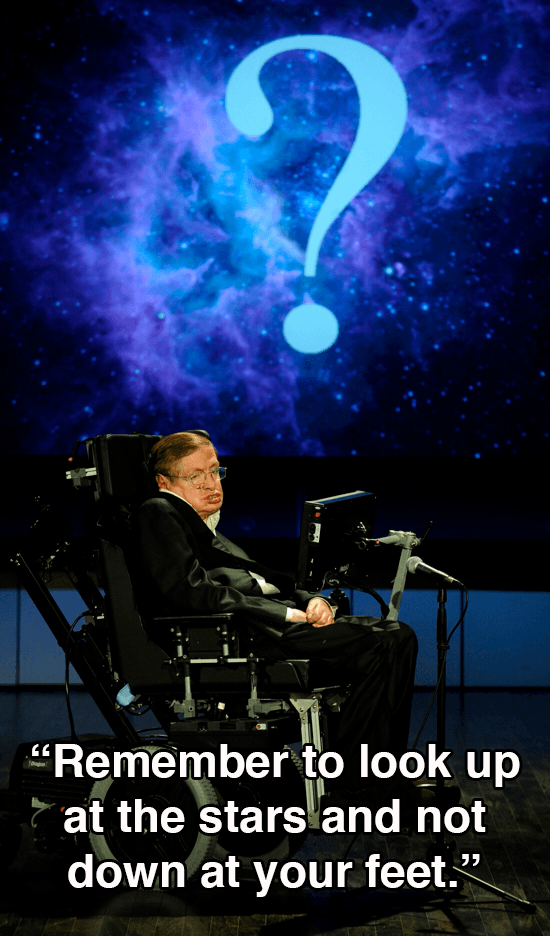 "Remember to look up at the stars and not down at your feet."Flickr 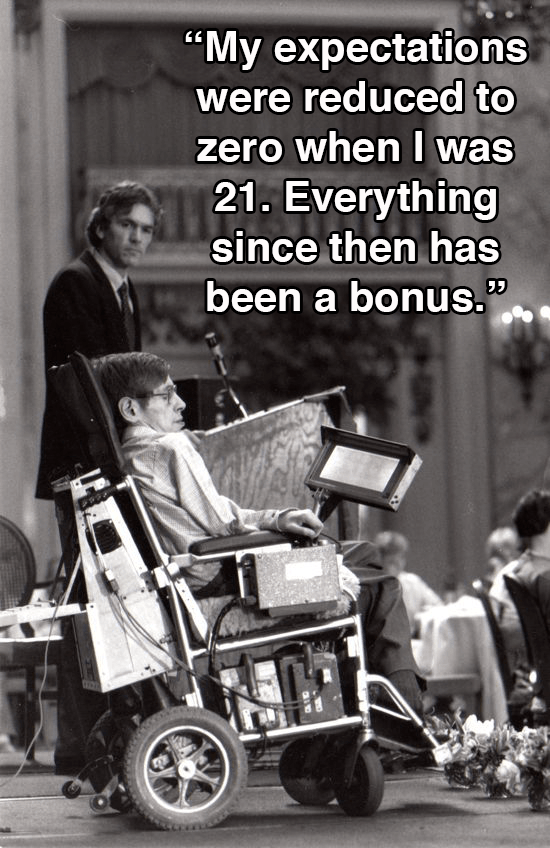 "My expectations were reduced to zero when I was 21. Everything since then has been a bonus."Flickr 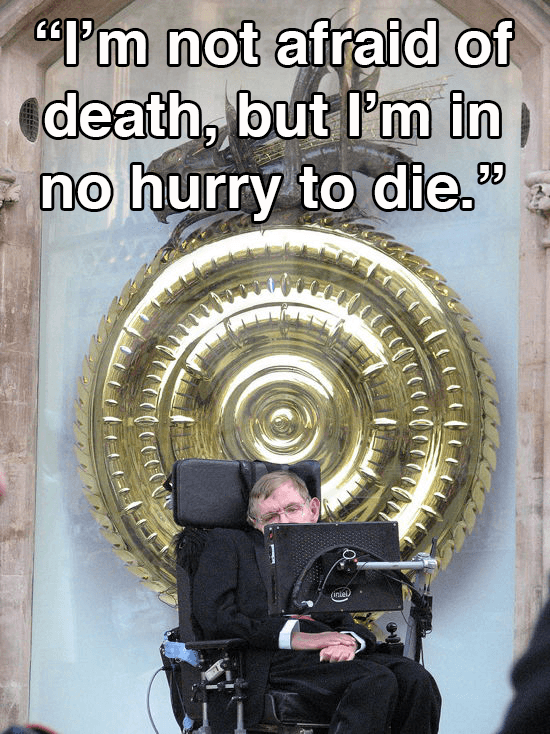 "I'm not afraid of death, but I'm in no hurry to die."Wikimedia Commons 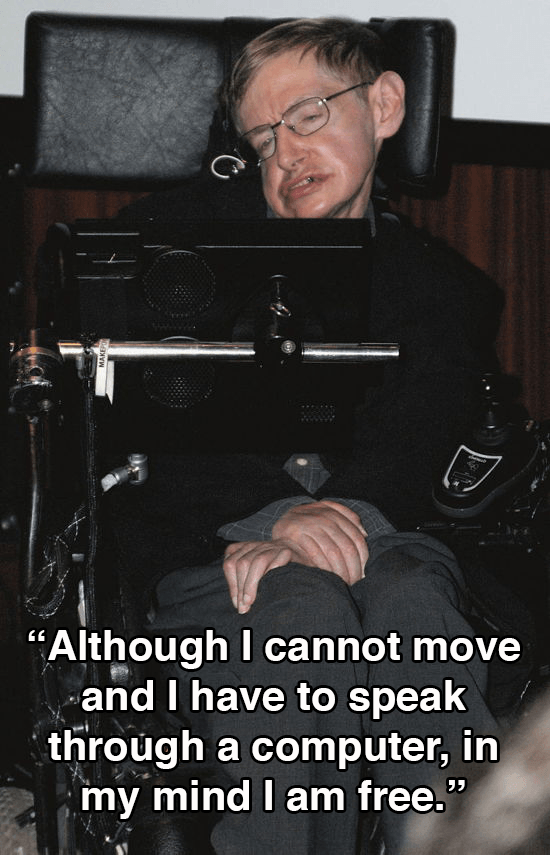 "Although I cannot move and I have to speak through a computer, in my mind I am free."Wikimedia Commons 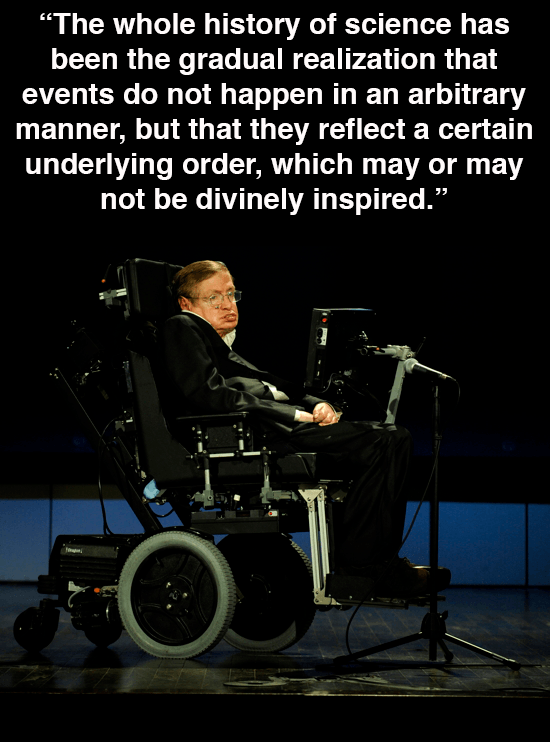 "The whole history of science has been the gradual realization that events do not happen in an arbitrary manner, but that they reflect a certain underlying order, which may or may not be divinely inspired."Flickr 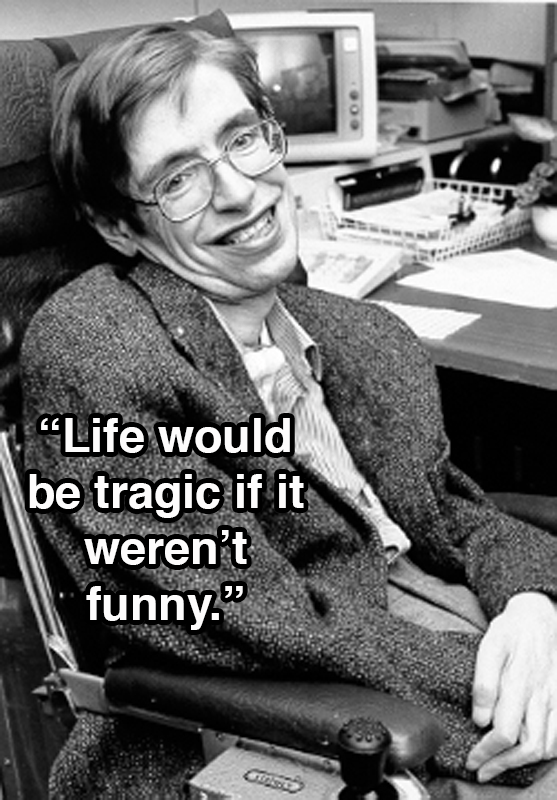 "Life would be tragic if it weren't funny."Wikimedia Commons 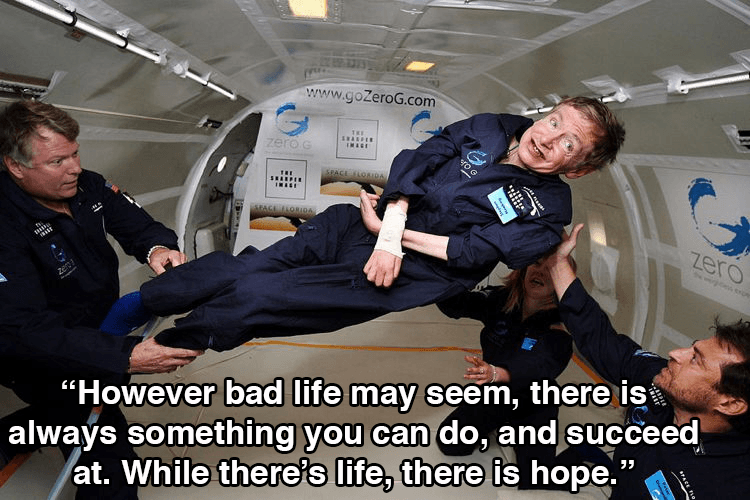 "However bad life may seem, there is always something you can do, and succeed at. While there's life, there is hope."Wikimedia Commons 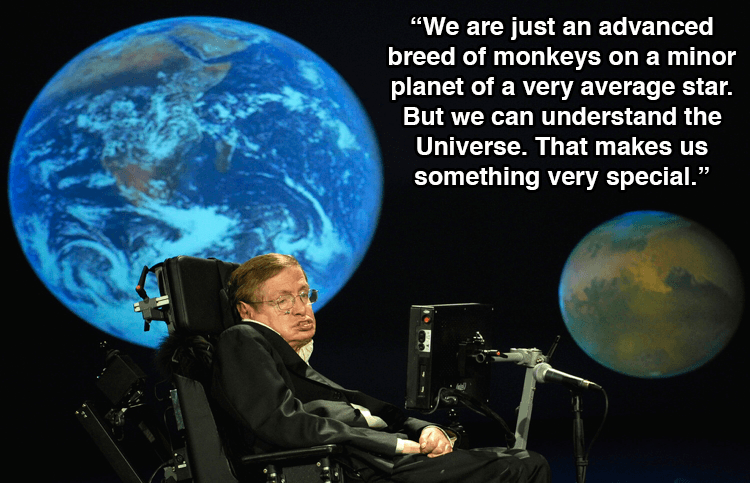 "We are just an advanced breed of monkeys on a minor planet of a very average star. But we can understand the Universe. That makes us something very special."Flickr

At the age of 21, Stephen Hawking was diagnosed with a rare, slow-progressing form of amyotrophic lateral sclerosis (ALS), better known as Lou Gehrig's disease. At the time, doctors gave him two years to live. Today, aged 76 and still kicking, Hawking is considered to be one of the most brilliant theoretical physicists on Earth.

Both his astounding work and his very existence prove that even when facing dire odds, humans can achieve great things. Expand your mind, feed your soul, and get inspired to achieve great things of your own with the amazing Stephen Hawking quotes above.

After this look at the best Stephen Hawking quotes, check out the greatest deep quotes about life from history's most intelligent minds. Then, discover some more choice words from a titan of science with this gallery of the best Neil DeGrasse Tyson tweets.