Ex-Florida Con Charged In Scheme To Dognap Pitbull For $25,000 Ransom

After robbing the victim's house and stealing his dog, ex-con Jeffrey Parris texted the victim a series of threats — that were sent straight to the police. 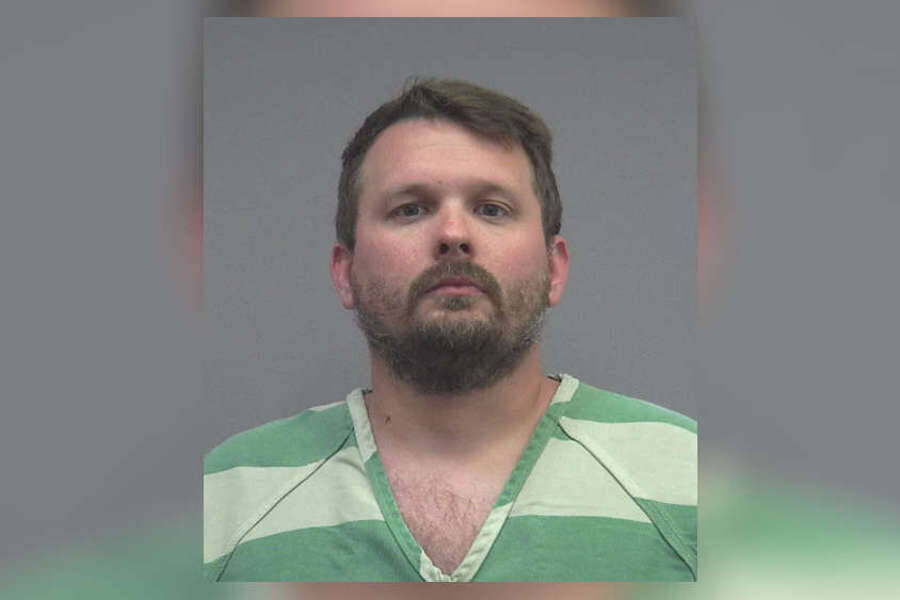 On Monday afternoon, an unnamed resident of Gainesville, Florida received some alarming news while running errands. Not only had his home been burglarized, but his dog was missing — and the suspect was now demanding $20,000 over text message if he ever wanted to see the dog alive again.

According to KomoNews, the confounded resident rushed home to confirm whether these messages were serious. He returned to find a broken window and his beloved pitbull, Rosalyn, gone. On top of that, the man was missing $15,000 in cash, two handguns, and Louis Vuitton items worth nearly $2,000.

Terrified that his beloved gray-and-white dog was in danger, the victim contacted police. According to The Gainesville Sun, the matter only became more alarming from here. Alachua County sheriff’s detectives monitored the myriad threatening text messages that the victim continued to receieve, one of which asserted that he was being watched.

On day two of the ordeal, the suspect — now identified as 34-year-old ex-convict Jeffrey Parris — raised the ransom to $25,000. He also told Rosalyn’s owner that if he didn’t pay up, he would “send her fucking paws in a box.” Unfortunately for Parris, however, he had just unknowingly incriminated himself in full view of the detectives. 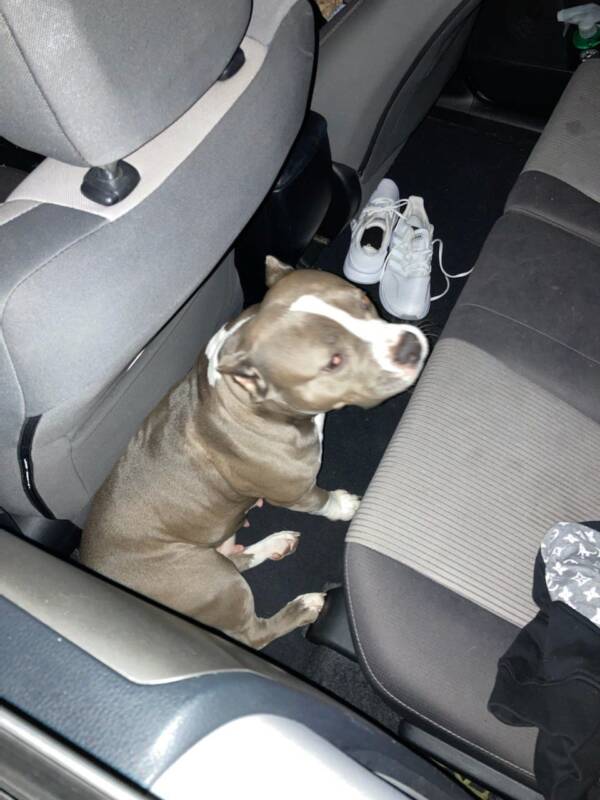 Alachua County Sheriff’s OfficeRosalyn was found safe and sound in the pickup truck that Parris had used to retrieve his desired ransom.

Parris was unaware that he was now negotiating the canine’s ransom with the police and agreed to pick up his money six miles southeast of Alachua where the detectives would be waiting for him.

Posing as Rosalyn’s owner over text, the detectives suggested that they would leave the bag of cash in some bushes near the Brighton Beach Car Wash, and Parris promptly accepted the offer.

Authorities placed a surveillance team around the car wash and dropped an empty bag where they said they would behind some bushes. Then, they sent Parris a photo for “proof.”

Shortly after 5:42 p.m. on Tuesday, the suspect arrived in his pickup truck. But police couldn’t nab Parris just yet. They needed their suspect to arrive at the previously agreed upon location and physically grab the bag in order to strengthen their case. Once Parris retrieved the bag, he then texted the police: “no money in that bag.”

Police also decided not to arrest Parris at the populated car wash in order to protect potential onlookers. Instead, they trailed him when he left and pulled him over on the road. 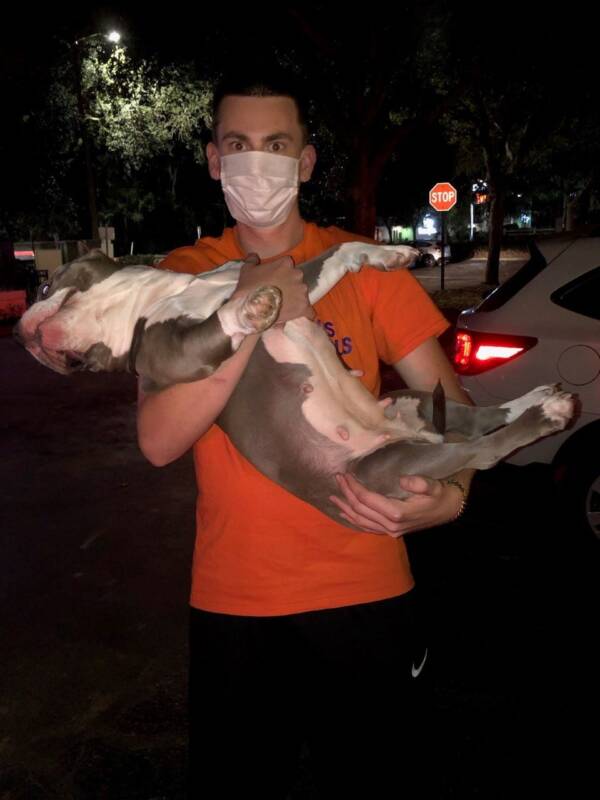 To the sheer relief of everyone involved, Rosalyn was found unharmed. The confused canine was discovered tucked between the driver’s seat and the back seats. Her 24-year-old owner’s Louis Vuitton sweater, shoes, and leash were also found in the vehicle, which belonged to Parris’ wife.

With Parris secured into custody, police issued a search warrant for his home. They not only found $14,940 of the money he’d stolen from Rosalyn’s owner but also packaging for a tracker device, which Parris had placed on the victim’s car. This eerily revealed that Parris had been aware of his victim’s whereabouts for some time.

Parris requested an attorney upon his arrest and his bail was set at $525,000. It’s presumed that the bail was set so high because of the threats of bodily harm he made against Rosalyn’s owner. It came perhaps as no surprise that Parris also had a history of similar crimes.

According to the Florida Department of Corrections, he was put behind bars in a state prison from January 2007 to October 2009. Now, his rap sheet of multiple burglary and grand theft-related charges also includes: possession of a weapon by a convicted felon, armed burglary, larceny, grand theft of a firearm, extortion, and criminal use of a two-way communication device.

Meanwhile, this isn’t the first time that a pitbull made news in Florida. In 2019, a pitbull puppy bravely saved two children from a venomous snake — and died in the process. While the two kids were outside washing the dog’s water dish, the dog set upon an approaching coral snake and bit off its head, but not before the snake could get four bites in itself.

The nine-month-old puppy was rushed to the hospital but died the next day. “I’m thankful he gave his life for our kids,” the puppy’s owner said. “He will be remembered by the many hearts he has touched across the world now.”

As for Rosalyn, her kidnapper would do well to remember this parable: Never steal a man’s dog.