On April 3, 2000, Jeremy Bechtel and his friend Erin Foster drove to a party. They were never seen again until a cold case-obsessed YouTuber discovered their car in a Tennessee river. 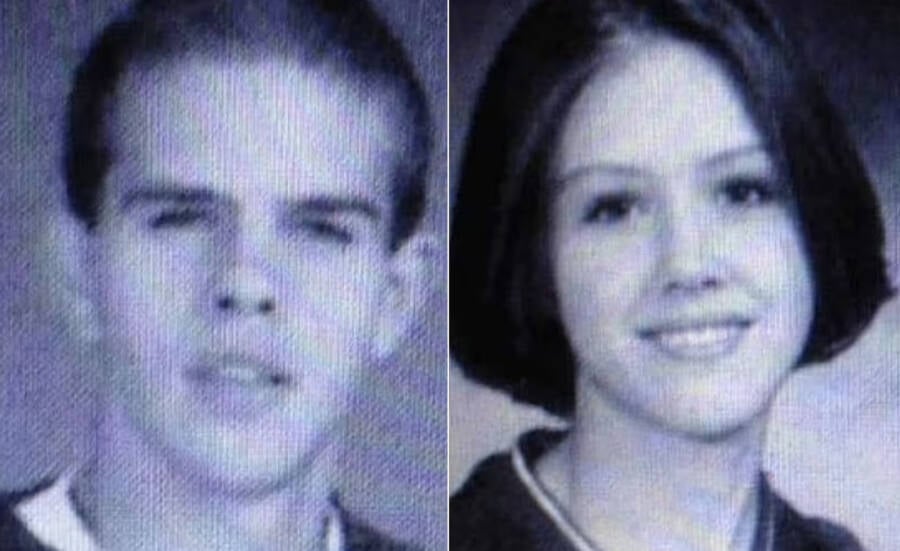 On April 3, 2000, Jeremy Bechtel and his friend Erin Foster went to a party. Seventeen and 18 years old, respectively, the Tennesseans took Foster’s Pontiac Grand Am. Bechtel called his father Ronnie at 9 p.m. to ask for a ride the next day, but neither teen, nor Foster’s car, were ever seen again — until now.

According to The Washington Post, scuba-diving YouTuber Jeremy Sides just discovered the vehicle in the Calfkiller River near Highway 84. He published his findings in a 20 minute-long video called “Exploring with Nug” on Dec. 4, 2021. With over 171,000 subscribers, the video made its way to Foster’s family and police.

The underwater footage not only showed a car of the same make and color as Erin Foster’s that held human remains inside — and the license plate matched. After two decades of questions, speculation, and a tragic lack of closure, White County Sheriff Steve Page experienced a catharsis matched only by defeat.

“We have gone in wells, dug up areas, we have used ground-penetrating equipment looking for bodies,” he said. “It was right under our noses the whole time… It’s heart-wrenching to know it was that simple, and it was made that hard because of all the rumors and horror stories through the years.” 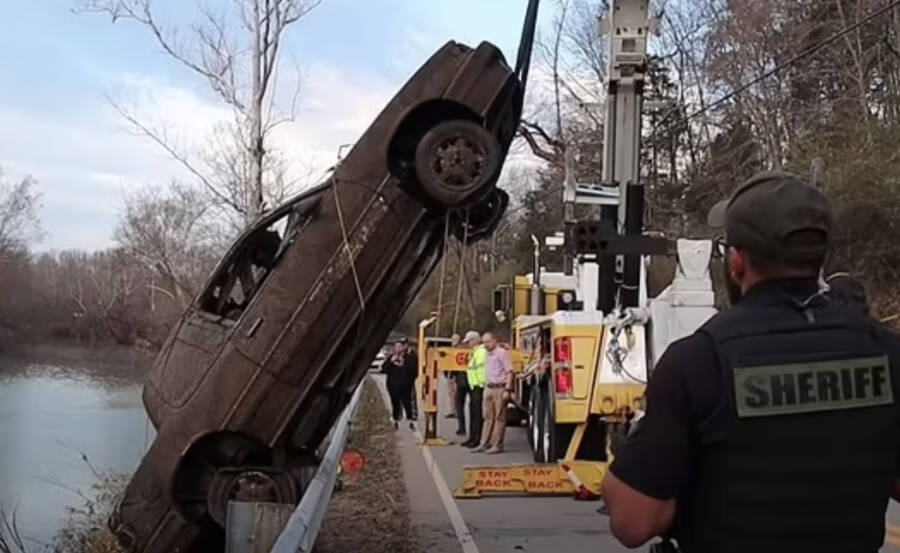 Exploring With Nug/YouTubeThe Pontiac Grand Am belonging to Erin Foster.

Early on, authorities were tipped off that Foster ran off to Pensacola, Florida. According to Oxygen, police followed up twice in 2005 and 2006, but those leads turned to dead ends. Investigators even looked into rumors the two had been murdered, with the corpses left in an abandoned White County well.

Speculation continued to run roughshod and spawned theories that the pair died in a drug deal gone wrong. While the Bechtel and Foster families replayed those final baffling moments in spring 2000 for decades, their neighbors continued to gossip and unwittingly throw investigators off course by spreading hearsay. Only a few things were clear.

On April 4, 2000, Ronnie Bechtel arrived at the address his son gave him. But there was no sign of Jeremy or Erin. Her brother, Will, was believed to have been one of the last people to see her alive. The two friends had picked up Will from an arcade on April 3 and drove him home before returning to the party.

“I don’t believe they got out of White County that night,” said Rhonda Ledbetter, Bechtel’s mother. 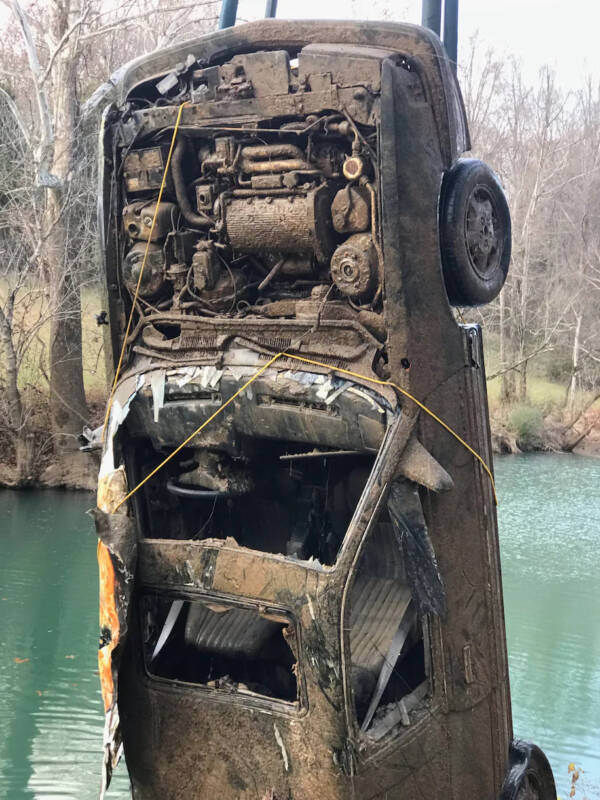 The tide finally turned last month when Jeremy Sides turned his attention to this particular case. According to The Daily Mail, the 42-year-old diver has spent years recovering lost items from bodies of water across the country. Together with a small team, he chronicles his marine sleuthing online for his YouTube channel “Exploring With Nug.”

In November, sides and his colleagues traveled to Sparta and began searching for Foster’s Grand Am. They used side-scan sonar to explore local rivers and lakes, but they came up empty-handed. They nonetheless posted a video to YouTube about the search, which soon found its way to Sheriff Steven Page.

“On 11/28/2021, while attending church, Sheriff Page was talking to a member of Erin Foster’s family,” said the White County Sheriff’s Office. “They had asked him if he had seen the video of a man, ‘Exploring With A Nug’ and Sheriff said no but asked her to send him the link to the website.” 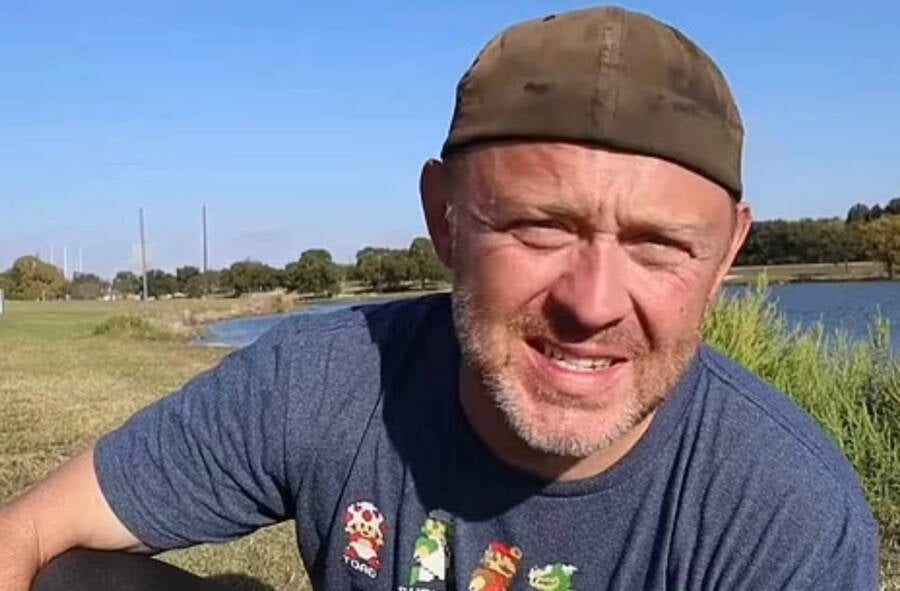 Exploring With Nug/YouTubeJeremy Sides used side scan sonar to find the car and dove into the river to confirm it.

Page reached out to Sides and asked him to come back. He’d recently uncovered a misfiled missing persons report from the case that suggested the teens had been driving by Calfkiller River, and he suggested Sides search there. On Nov. 30, Sides returned with his sonar and spotted what looked like a car under the water.

Page contacted Major John Meadows, who rapidly responded to the scene. A former high school classmate of the victims, he and his team pulled the car out of the river. While the remains inside have yet to be identified, they were sent for genetic DNA testing and dental record comparison. For Page, the case is closed.

“I was in doubt until I ran the tags,” said Page. “I made a promise to the family that as long as I was sheriff I’d be looking for these two kids. I did. I have.”

Ultimately, the case of Jeremy Bechtel and Erin Foster still retains an air of mystery. How the teenagers wound up driving into the river remains unknown. And the resourceful solving of this cold case is a reminder of how invaluable amateur sleuths can be — while the gravity of this tragedy will like echo forever.

“It’s like losing him all over again,” said Ronnie Bechtel. “It just shattered my heart again. We always kind of thought through the years that something happened, but I just didn’t know what.”

After reading about the scuba-diving YouTuber who solved a cold case, learn about the Virginia woman whose DNA solved a double-murder. Then, read about seven chilling cold cases that remain unsolved.