Why Some Jewish People Collaborated With The Nazis

During World War II, the Warsaw Ghetto was home to victims and criminals. The Jewish collaborators who worked for the Gestapo were both. 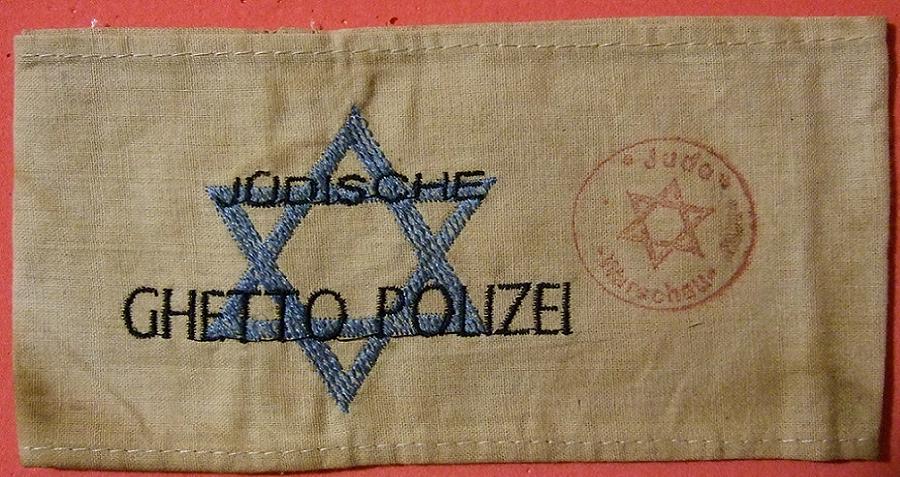 Wikimedia CommonsArmband worn by the Jewish members of the Nazi-controlled Jewish Ghetto Police in the Warsaw Ghetto.

As the German army rolled over Poland in September 1939, they drove a large number of refugees ahead of them. Educated Poles, left-wing activists, union organizers, and politically active members of the clergy all knew their names were on the Nazis’ hit list, and nobody had more to fear from the new order than Poland’s huge Jewish community.

To get these displaced people under control, and to herd them into special zones known as “Jewish Autonomous Areas,” or ghettos, the Nazi authorities reached out to some of the most reviled characters of the whole war: Jewish Nazi collaborators.

Nothing To Do But Die 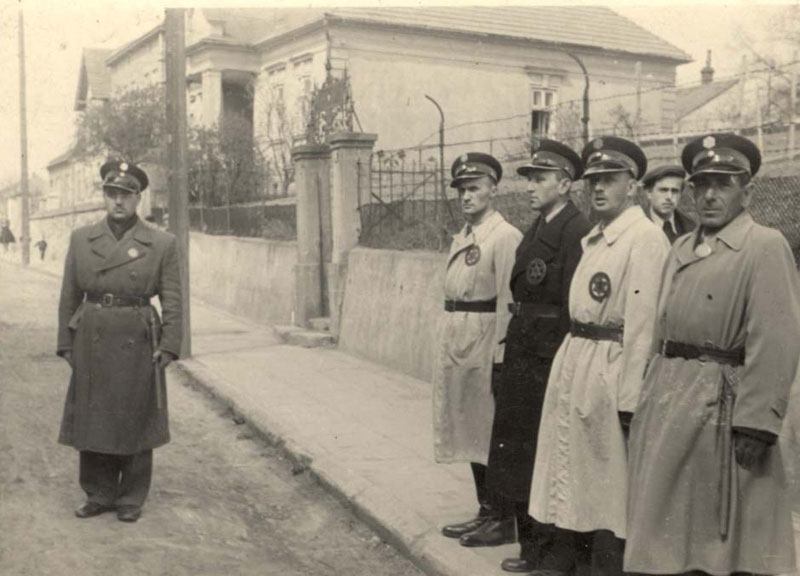 These collaborators roughly divide between two groups, distinguishable by their different motives.

The first group could be called reluctant collaborators. These people, usually picked from Poland’s active Zionist community, suddenly found themselves summoned to Gestapo headquarters in Poland and ordered to take certain jobs, such as serving on the Ghetto’s “governing” body, the Judenrat. This organization, which had no real power and was merely a front for the SS, was run by a man named Adam Czerniaków.

Czerniaków was already in his late 50s when Poland fell to the Nazis, and he had a distinguished history of advocating for Jewish tradesmen and labor organizers within the Polish government. In September 1939, Czerniaków was ordered to take over the Judenrat and start managing the Warsaw Ghetto’s slim rations and inadequate housing assignments.

For two and a half years, he walked a thin line between resistance and collaboration by following German orders and softening many of the arbitrary decrees the Germans forced him to implement. When the deportations started in earnest, for example, Czerniaków arranged for the Ghetto police to carry out the arrests in an effort to keep the German soldiers from doing it far more brutally.

His luck with this balancing act ran out in June 1942, when the Germans informed him that henceforth the deportations would happen seven days a week and that he could get the ball rolling the very next morning with a list of 6,000 women and children to be shipped out to camps.

“They are demanding that I kill the children of my people with my own hands. There is nothing for me to do but to die.”

Right after closing his diary for the last time, the 62-year-old Adam Czerniaków bit down on a cyanide capsule he carried. 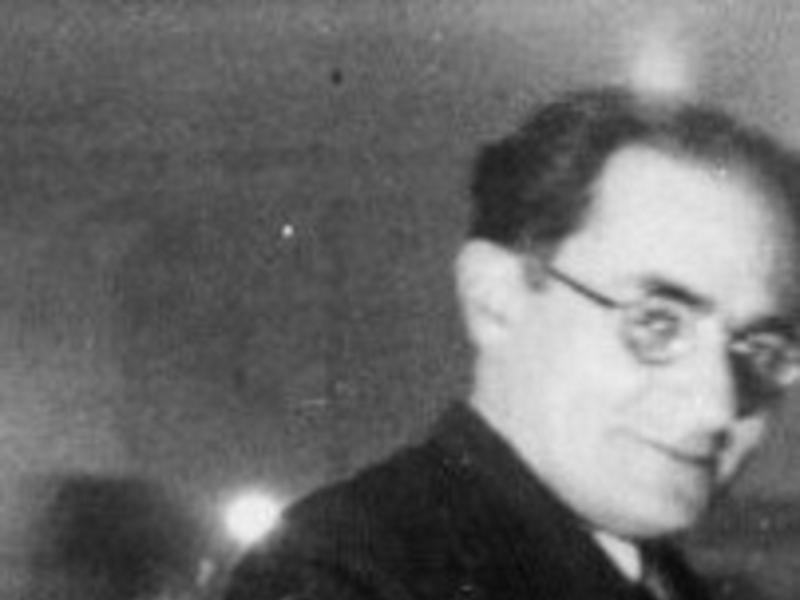 The story of the Judenrat’s role in the Final Solution is tragic, if only because so many of its members and subordinates seem to have genuinely acted out of a desire to ease the pain of Warsaw’s imprisoned Jews.

Czerniaków himself, however, gives us a glimpse of a very different type of collaborator in a brief diary entry from February 1942: “I had a visit in my office from Gancwajch, with pleas of a personal nature. What a despicable, ugly creature.”

There’s no doubt that the “despicable, ugly creature” mentioned was Abraham Gancwajch, a Polish Jew who had worked as a journalist for Vienna’s Jewish press before Germany’s 1938 annexation of Austria and his subsequent deportation back to Poland.

In Austria, Gancwajch had been a vocal Zionist and leading name in Jewish cultural affairs. Back in Poland as a refugee, he seems to have lost hope.

All of a sudden, without any perceptible transitional period, Gancwajch began publishing pamphlets and newspaper editorials hailing the German conquerors and encouraging Poland’s Jews to cooperate with their new overlords. His position seems to have been that the Germans were unbeatable, so any resistance to their rule was hopeless. 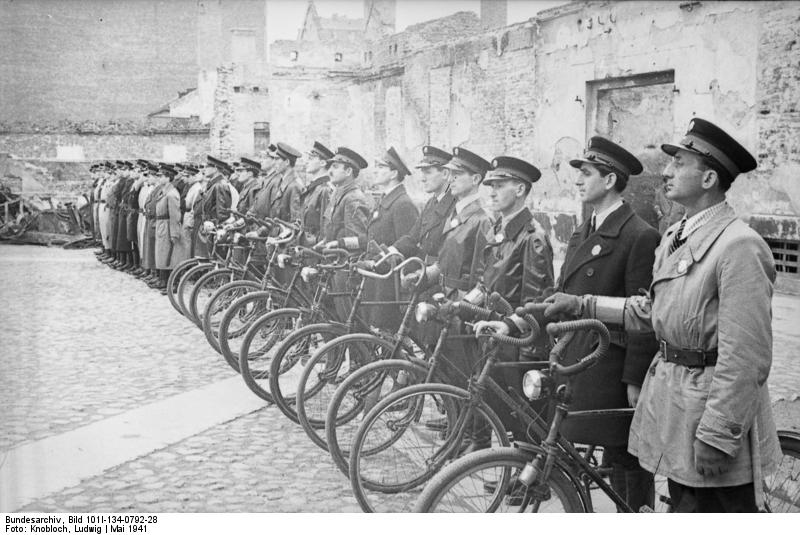 To be fair to Gancwajch, in 1940, his outlook was a defensible one. But as the occupation wore on, he went way beyond passively accepting German domination and actively helped the SS hunt down and kill thousands of Jewish fugitives.

To do this, he formed a team of around 300 collaborators known as Group 13, which infiltrated underground Jewish organizations and delivered weekly intelligence reports to the desk of high-ranking SS officer Reinhard Heydrich, one of the main architects of the Holocaust.

By the end of 1940, Group 13 had grown into a paramilitary police force that was actually allowed to carry guns and became known as the “Jewish Gestapo.”

This group operated a shady intelligence service and (probably) used German money to penetrate the black market in the Ghetto. With Gancwajch’s help, the German occupation authority was able to sop up contraband and valuables at a fraction of the going rate.

Furthermore, thanks to Group 13, it is likely that the SS knew the names of every major player in the black market and the Jewish resistance groups operating in and around Warsaw.

It is not known how many people, including sympathetic Poles who traded with and sheltered Jews, were killed because of this exposure, but the Germans were obviously pleased with the results they were getting.

Given their cooperation, Gancwajch and his fellow collaborators were effectively immune to deportations and allowed to skim off the top of seized property and to collect cash bribes from desperate Jews who would pay anything to escape Poland.

Welcome To The Hotel Polski 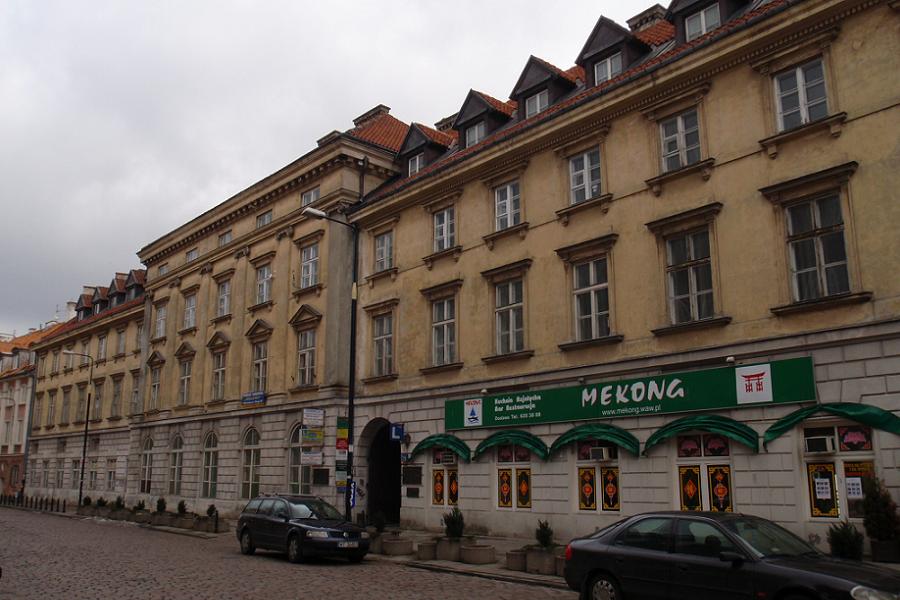 Unlike the Judenrat, whose members were more misguided than evil or selfish, Group 13’s members reveled in their loot. Not only were the group’s members relatively safe, they enjoyed a license to steal and, rather than drawing a salary, they actually paid Gancwajch handsomely for the privilege of working for him.

Officially, this money was used for bribing the SS, but it was hard not to notice the expensive furniture in Gancwajch’s apartment and the modern car he liked to drive around in. This lust for extorted money culminated in what has gone down in history as the Hotel Polski Affair.

Late in 1942, the SS hatched a plan to squeeze out what they were sure was a mountain of hidden Jewish wealth, and at the same time to lure many Jews out of hiding. Helped by one of Gancwajch’s subsidiary groups, unctuously known as the “Jewish Freedom Guard,” the Germans spread the word that overseas Jewish groups were willing to arrange transportation and safe harbor to refugees who turned themselves in.

The refugees, who had mostly escaped the liquidation of the ghettos by hiding all over Poland, presented themselves to Gancwajch’s organization and surrendered their valuables. After they were picked clean, the prisoners were kept in relative comfort at the Hotel Polski in Warsaw.

For several months in 1943, the Germans solicited donations from foreign Jewish organizations to pay for travel documents and transportation costs for the inmates, who were told they would be resettled in South America. 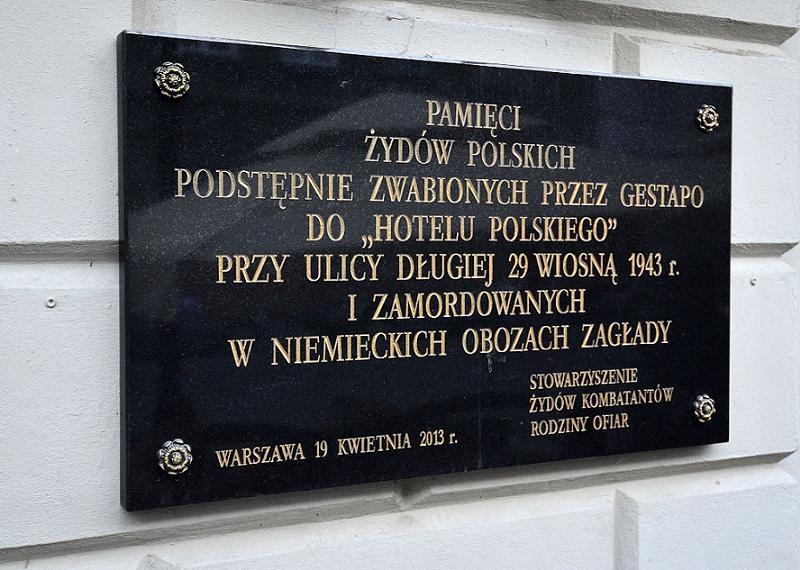 Unbeknownst to the foreign donors, but very well known to Gancwajch, many of the deportees were already dead. In July 1943, most of the 2,500 people involved were transferred from the hotel to Bergen-Belsen and other camps.

When the South American governments refused to recognize their travel documents, virtually all of them were dispatched to Auschwitz and gassed on arrival. The Germans continued collecting donations on their behalf for months after the killings.

Gancwajch didn’t get the chance to enjoy his last haul. In the spring and summer of 1943, what remained of the Warsaw Ghetto erupted in a bloody surge of resistance that saw thousands of German soldiers fighting street by street with tens of thousands of resisting Jewish survivors.

It goes without saying that Gancwajch’s name was near the top of the Jewish resistance’s kill list, and he doesn’t seem to have survived the chaos. According to some accounts, Gancwajch was killed by partisans who later died themselves, but other accounts place him outside the Ghetto’s walls, where he was arrested, along with his family, and – his usefulness at an end – executed with the other traitors. 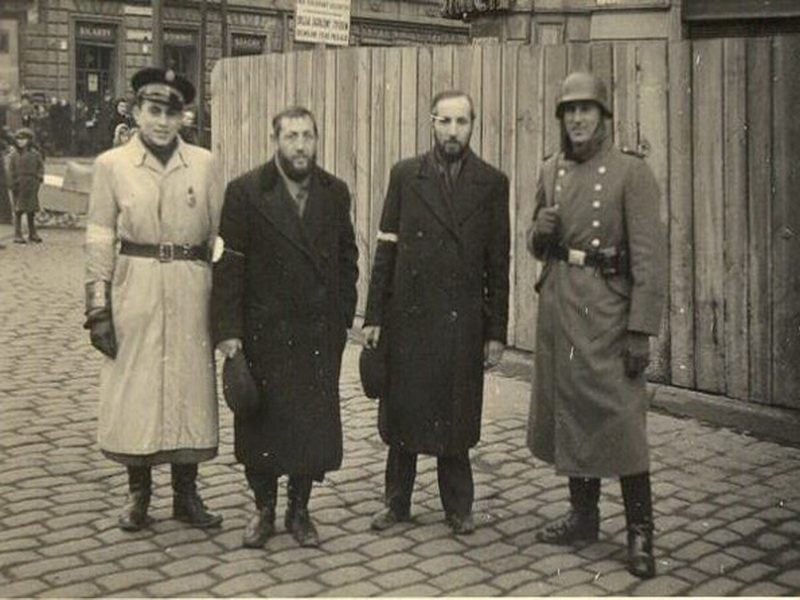 Reactions to the Nazi occupation of Poland were as varied as the millions of people it affected.

While some of the intended victims of the SS took to the countryside and fought for years against the occupation, others became passive and were led away to the slaughter. A few conflicted people tried to balance the brutal imperatives of the German rulers with what they thought was the good of their people. In the midst of the horror, some practically leaped to help the murderers who held them hostage.

The few collaborators who somehow managed to survive the war spent the rest of their lives denying what they had done. When caught, they often faced stiffer punishment than the Germans who had pulled the trigger. Their actions during the war – and their ultimate fate afterward – serve as a reminder that, in extreme situations, the line between victims and perpetrators can be too thin for comfort.

Next, learn about the four forgotten men who helped give way to Hitler’s rise to power. Then, read up on the four most devastating moments of the Nazis’ reign.