21 Of The Worst Movie Set Disasters In History

These disturbing movie set disasters claimed the lives of stunt men and actors, proving that even this great American pastime is dangerous.

Movies are America’s way to relax, to be entertained, to laugh, or even to have a good cry. Yet we too seldom think of the sets on which those movies are made as places where actors routinely put themselves in harm’s way.

As these tragic movie set disasters prove, there’s no business as dangerous as show business: 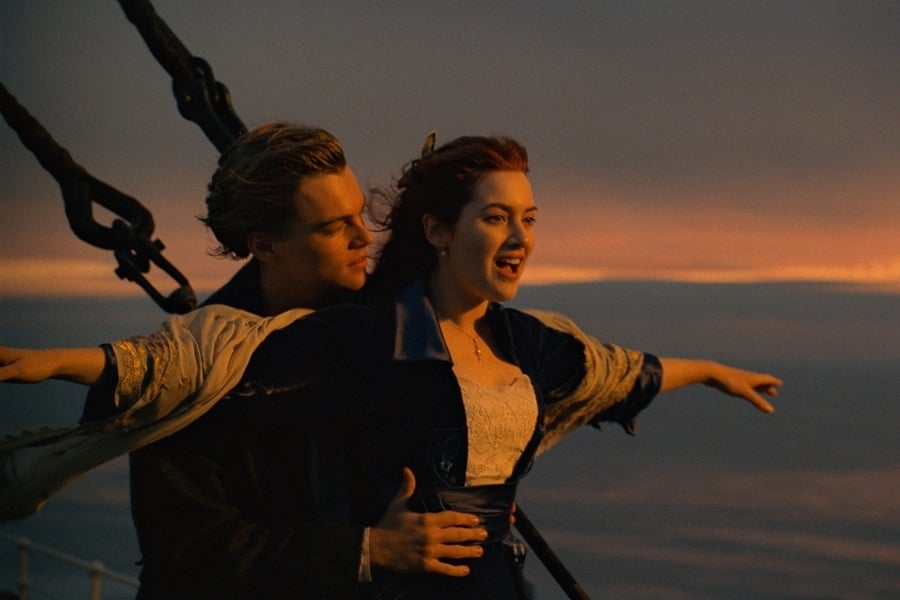 Fifty extras and crew members on the set of James Cameron's epic Titanic ate PCP-spiked clam chowder. "One minute I felt okay,” Bill Paxton told Entertainment Weekly. "The next minute I felt so goddamn anxious I wanted to breathe in a paper bag."

The movie was plagued by injuries as well: Kate Winslet caught pneumonia after refusing to wear a wetsuit under her costume, and almost drowned after her coat got caught on a gate and pulled her underwater. Injuries among extras included a broken wrist, fractured cheek bone, and a ruptured spleen. Paramount Pictures 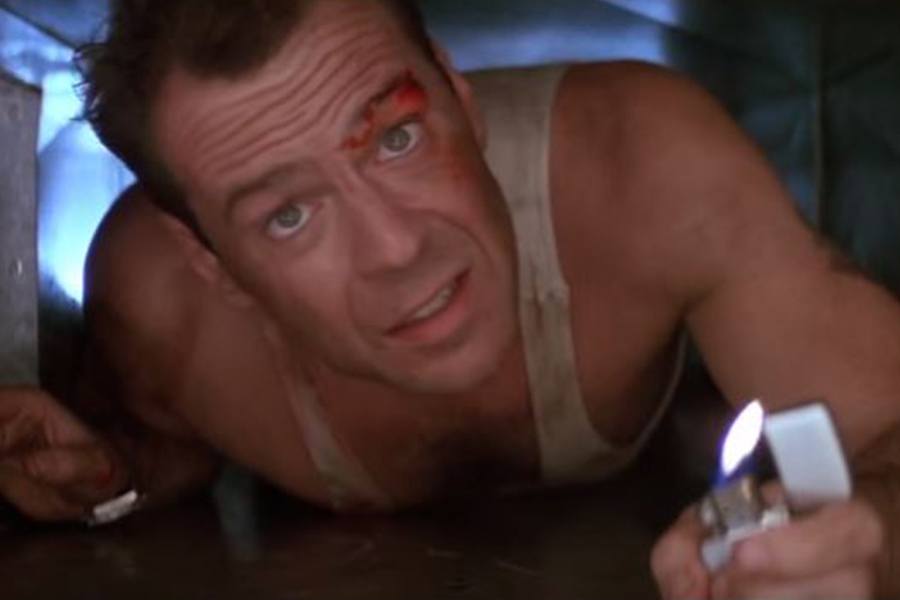 In an interview with the Guardian, Bruce Willis said that he lost "two thirds" of his hearing on the set of Die Hard, after shooting a gun modified to make extra loud noises. 20th Century Fox

Back to the Future Part III 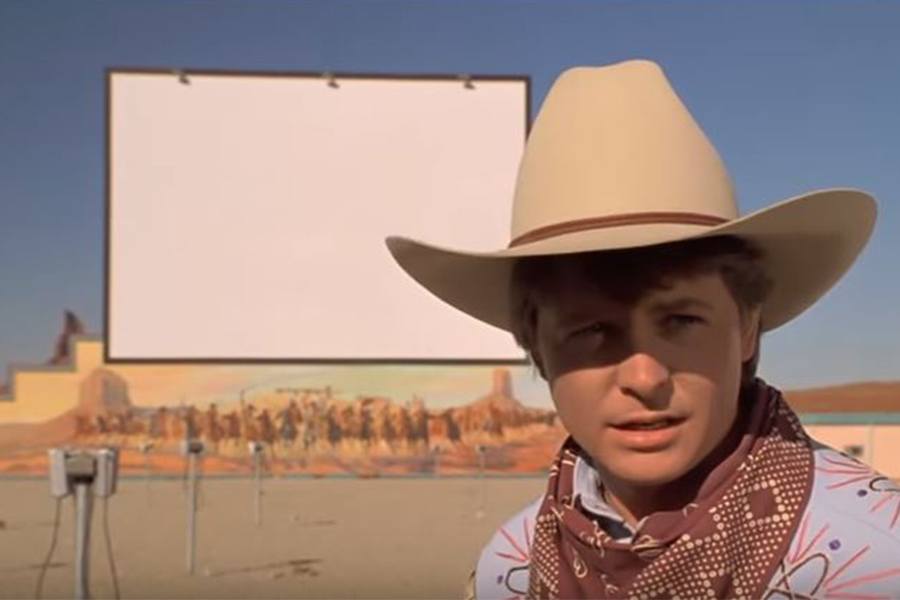 Michael J. Fox nearly suffocated on the set of Back to the Future Part III. During a scene in which the film's villain, Mad Dog Tannen, hangs Marty McFly, Fox lost consciousness for a few moments before anyone realized he couldn't breathe, at which point they lowered the noose around his neck. Universal Pictures 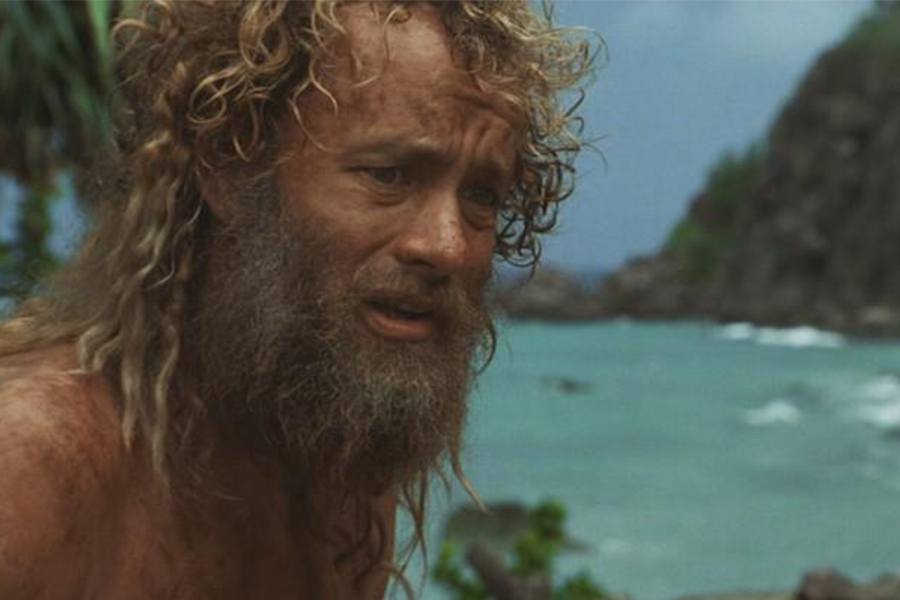 Tom Hanks experienced a brush with death while filming Cast Away in Fiji: "Just before we left the island, I had this little cut and something got in there," he told the BBC. I finally went to the doctor, thinking he was going to clean out my knee and give me some antibiotics, but it turned out I had a staph infection that was close to giving me blood poisoning. The doctor said to me ‘What’s the matter with you, you idiot? You could have died from this thing!’"20th Century Fox 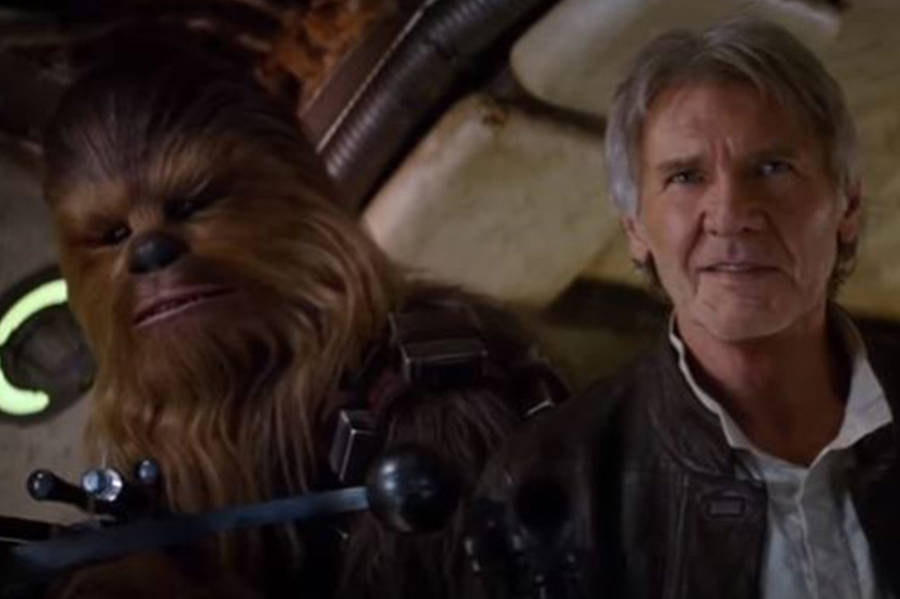 Harrison Ford broke his leg on the set of Star Wars: The Force Awakens when a hydraulic door fell on him. Walt Disney Studios Motion Pictures

The Lord of the Rings trilogy 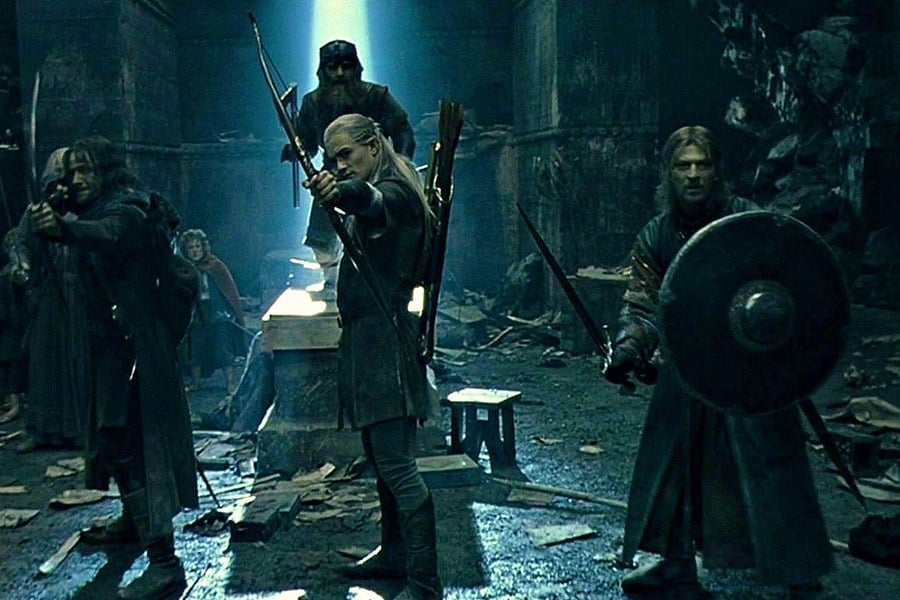 Multiple actors were injured during the filming of the Lord of the Rings trilogy: Sean Astin injured his foot stepping on a piece of glass, and Orlando Bloom cracked a rib after falling from his horse. Viggo Mortensen suffered the most: he broke two toes, chipped a tooth, and almost drowned. New Line Cinema

The Passion of the Christ 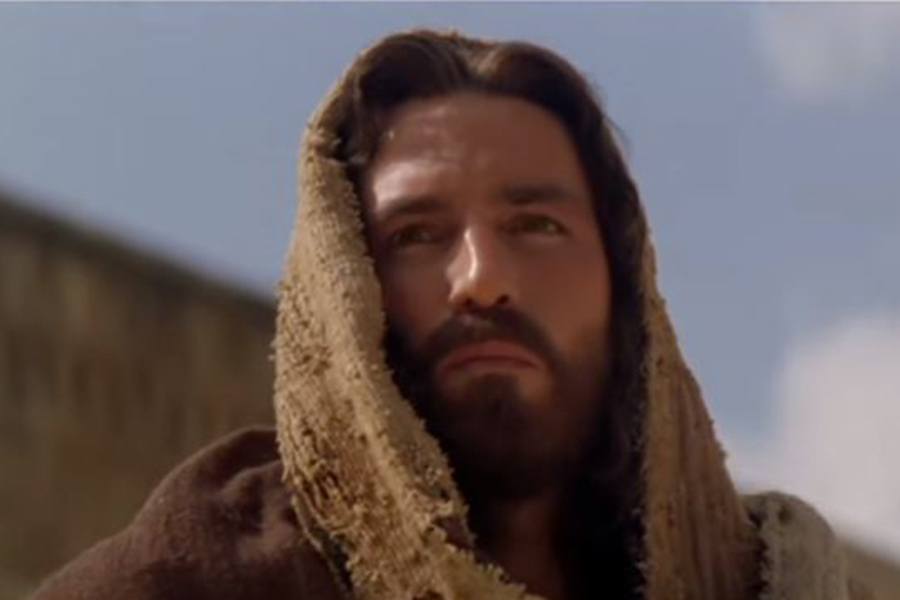 Jim Caviezel, who played Jesus Christ in Mel Gibson's controversial film, The Passion of the Christ, was struck by lightning before filming the Sermon on the Mount. He also dislocated his shoulder and suffered through both pneumonia and hypothermia during filming.

"The physical part was horrendous," Caviezel told Fox News. "They've got these thorns they tie on your head as hard as they can, and then there's a cross to carry that weighs 150 pounds."20th Century Fox 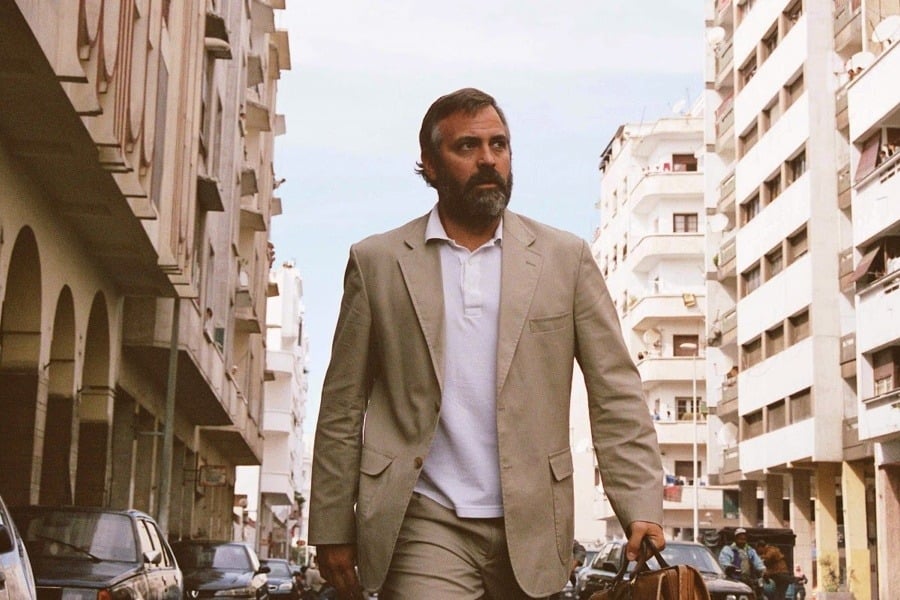 While filming torture scenes for the movie Syriana, George Clooney sustained injuries to his back and neck. The pain was so intense during his medical treatment that he later told The Hollywood Reporter, "I thought I was going to die," and that he contemplated suicide.Warner Bros. Pictures 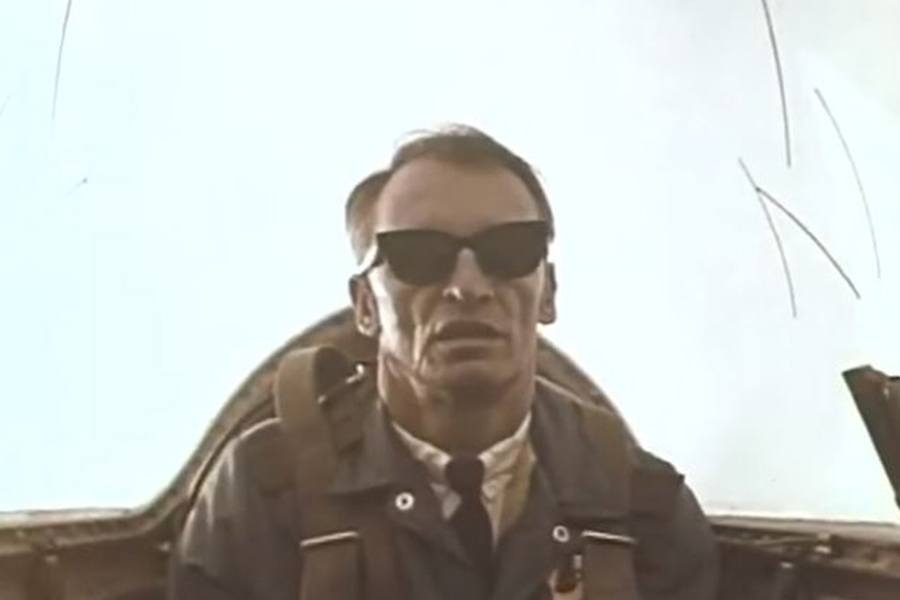 Pilot and aerial cameraman Art Scholl was working on Top Gun when he entered a flat spin to capture a shot and spun out of control. His plane crashed into the Pacific Ocean, and neither the craft nor his body were ever recovered. YouTube 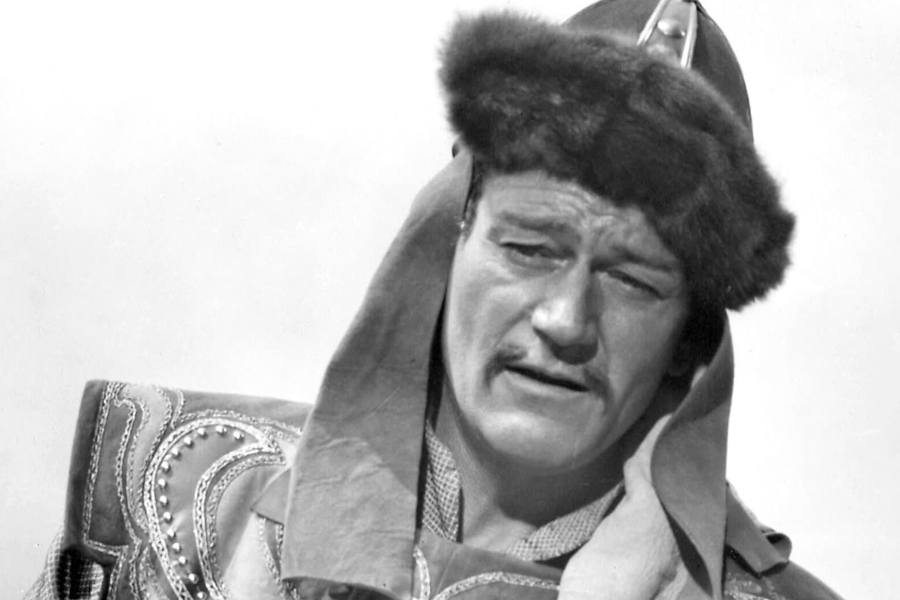 Parts of this infamous 1956 film, produced by business tycoon Howard Hughes, and starring John Wayne as Genghis Khan, were filmed in St. George, Utah, a former nuclear testing ground. The filmmakers knew about the tests, but the government assured them that radiation posed no threat to the crew and actors. By 1980, 91 people out of a crew of 220 were diagnosed with cancer; director Dick Powell and John Wayne both died of the disease. The Conqueror is considered one of the worst films of all time.RKO Radio Pictures 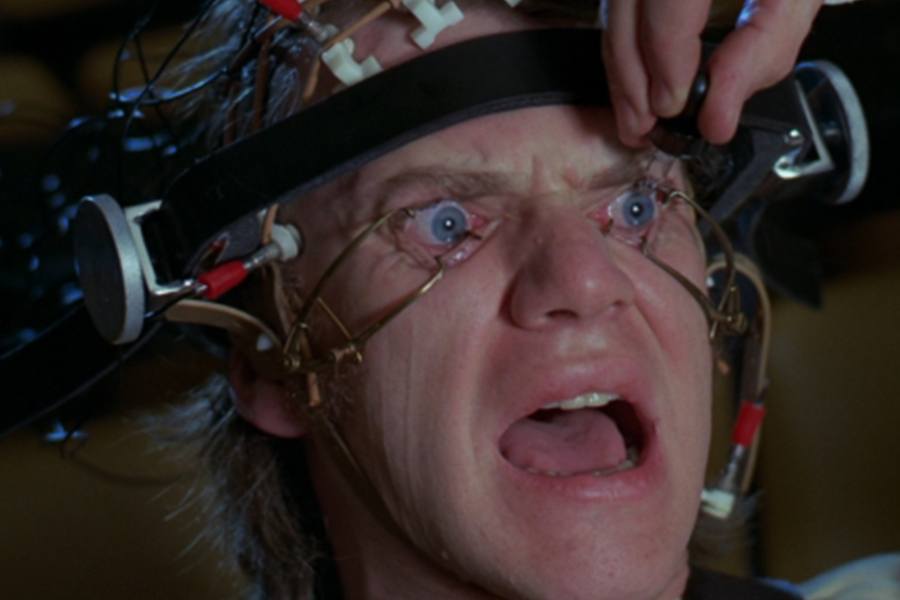 During a scene in A Clockwork Orange in which Malcolm McDowell's character is brainwashed, the actor's eyes were propped open with antique lid locks. Though his eyes were anesthetized, McDowell suffered temporary blindness and a scratched cornea from having his eyes open for so long. Warner Bros. Pictures

Harry Potter And The Deathly Hallows 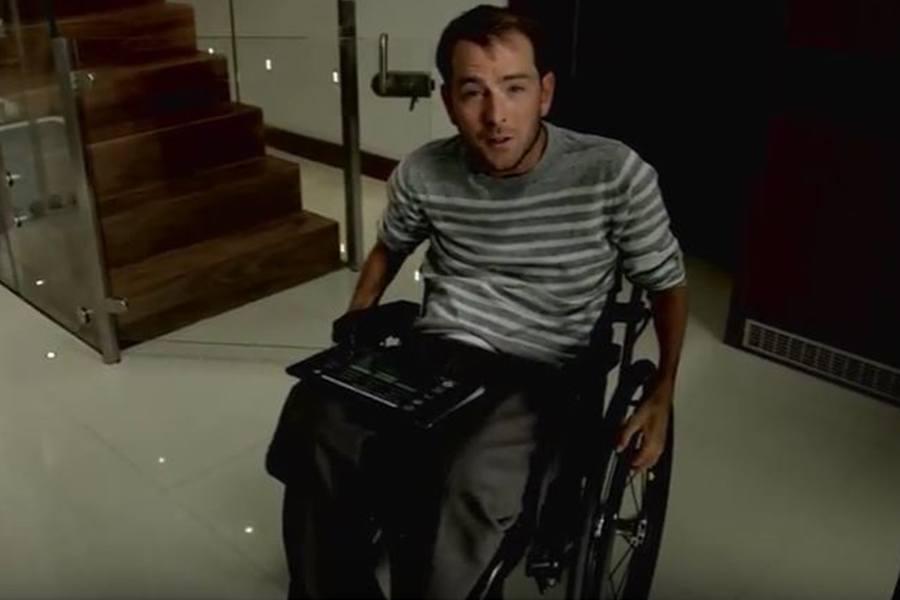 While rehearsing a flying scene, Daniel Radcliffe's stunt double, David Holmes, who had worked on the first six Harry Potter films, slammed into a wall. He injured his spine, and became paralyzed. 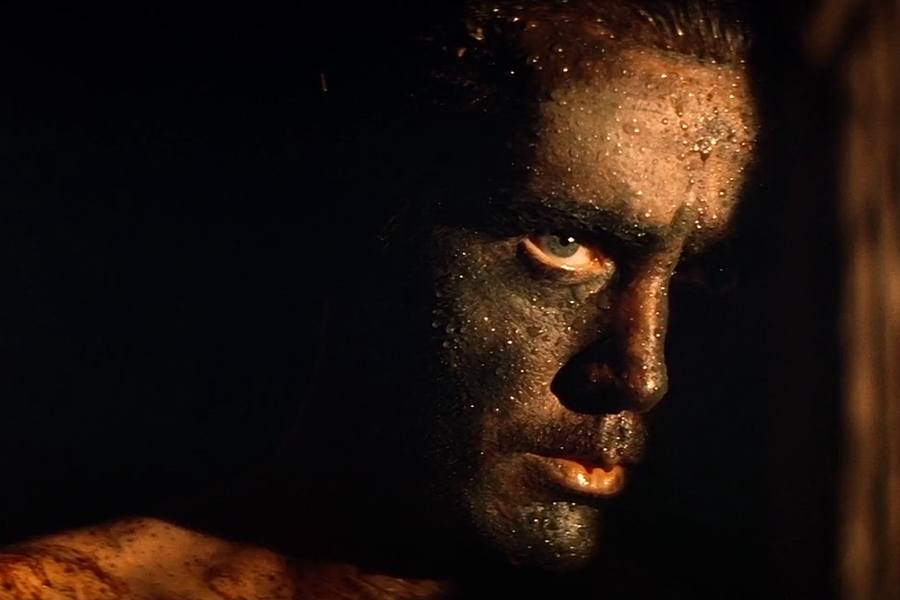 Physically and emotionally drained from filming Apocalypse Now, Martin Sheen suffered a heart attack on location in the Philippines. He crawled out of the cabin where he had been resting and collapsed. Guards protecting the set found him and drove him to a small clinic, where he was later helicoptered to a hospital. United Artists 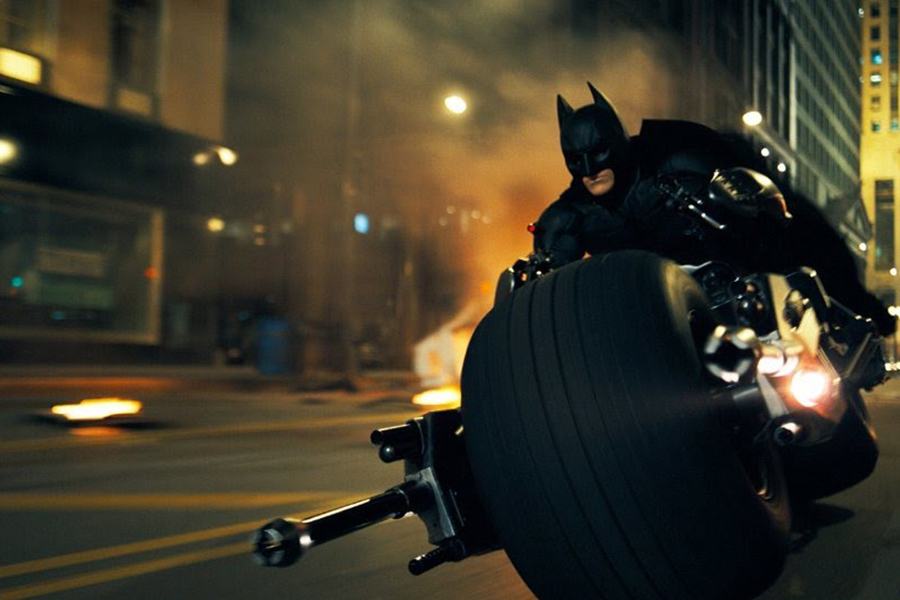 During filming for The Dark Knight, special effects technician Conway Wickliffe died after the car he was filming in crashed into a tree. He had been leaning out of the window, trying to shoot the stunt car driving next to him. Warner Bros. Pictures 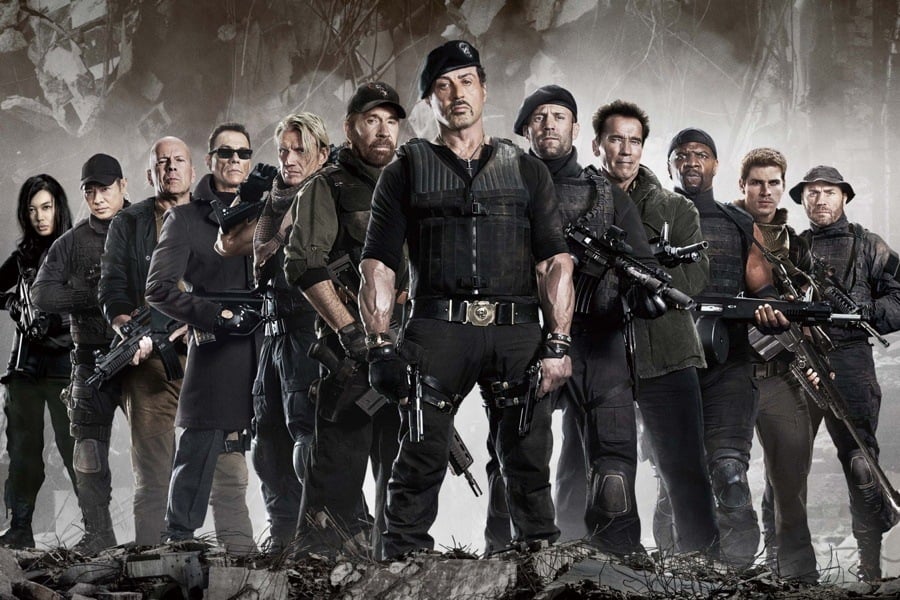 Shooting The Expendables franchise sure sounds dangerous: One stuntman was killed and another injured during what should have been a controlled explosion on the set of The Expendables 2. After filming ended, both Arnold Schwarzenegger and Sylvester Stallone required shoulder surgery. While filming a scene for the third installment, Jason Statham nearly drowned after the car he was driving plunged into the Black Sea, although he was able to swim to safety.Lionsgate

The Flight of the Phoenix 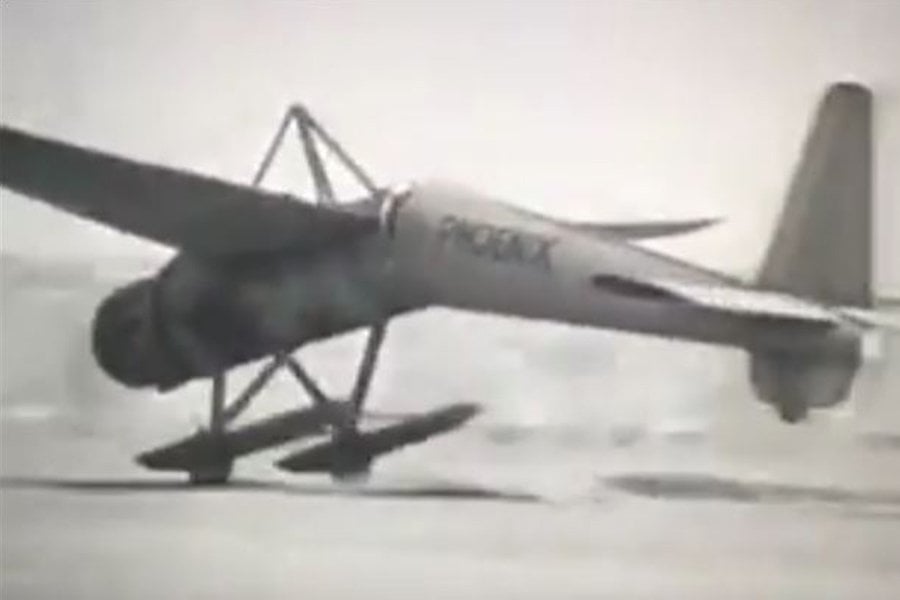 Experienced stunt pilot Paul Mantz crashed on the set of The Flight of the Phoenix. His plane struck a hillock, and broke in half as he tried to regain control. The plane took a nose dive directly into the ground, killing Mantz instantly. A subsequent investigation concluded that Mantz may have been drunk at the time of the accident. YouTube 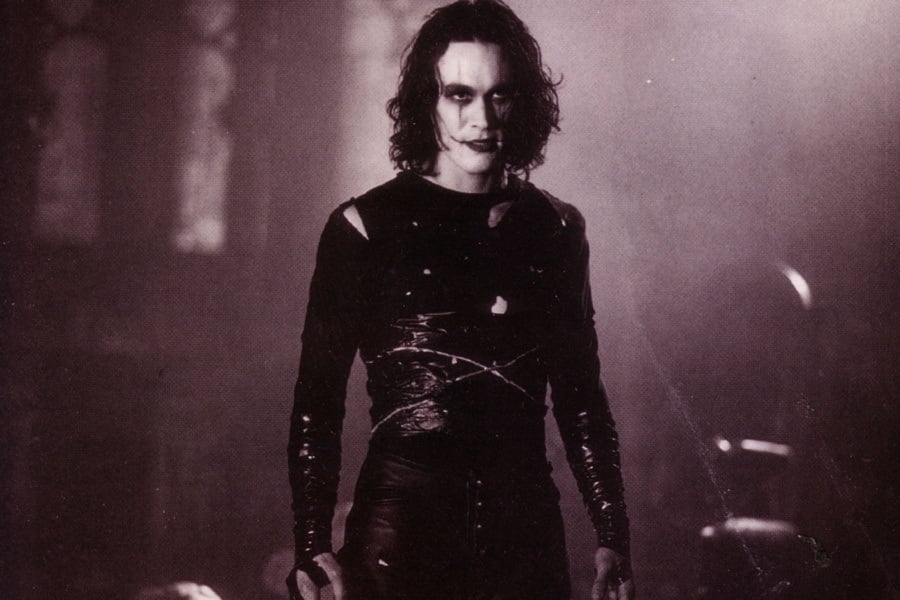 Brandon Lee, Bruce Lee's son, was accidentally killed on the set of The Crow when a prop gun was loaded improperly, causing dummy bullets to fire with the same force as live ammunition. He was only 28 years old.Miramax Films 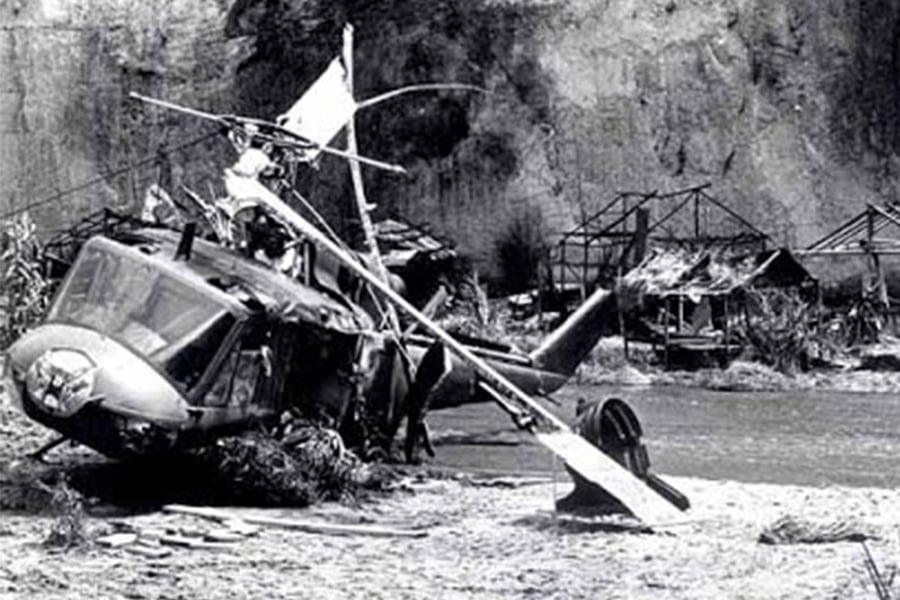 During filming for a scene in Twilight Zone: The Movie, actor Vic Morrow was supposed to carry two children, Myca Dinh Le and Renee Shin-Yi Chen, across a river while being pursued by a helicopter. A mortar effect detonated near the tail-rotor, which detached and spun out of control as the helicopter crashed to ground. The rotor decapitated Morrow and Le; Chen was crushed under the helicopter. The accident directly resulted in stronger safety standards within the movie industry. YouTube 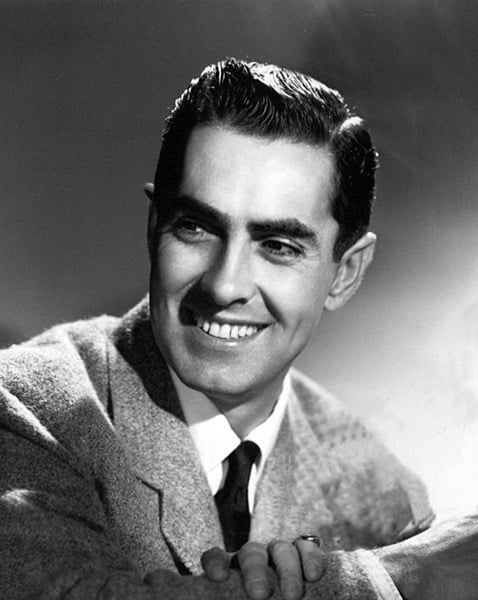 While shooting a dueling scene on the set of Solomon and Sheba, Tyrone Power suffered a heart attack. Doctors tried to revive the actor for an hour before declaring him dead.Wikimedia Commons

The Return of the Musketeers 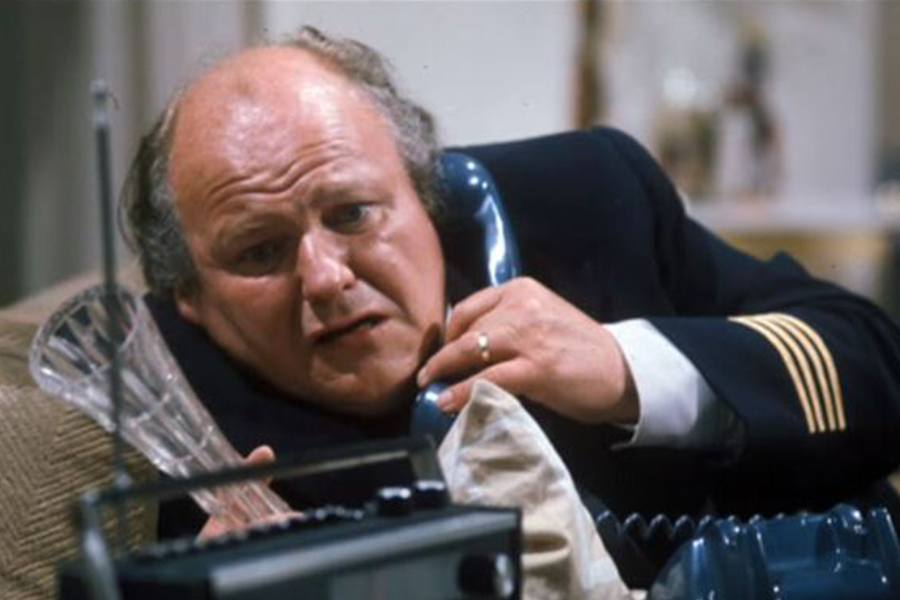 Roy Kinnear, best known for his role as Veruca Salt's father in Willy Wonka and the Chocolate Factory, died on the set of 1988's The Return of the Musketeers. He fell from his horse and broke his pelvis, but died the next day at the hospital from a heart attack brought on by his injuries. The film's director, Richard Lester, quit the movie business as a result of Kinnear's death. YouTube 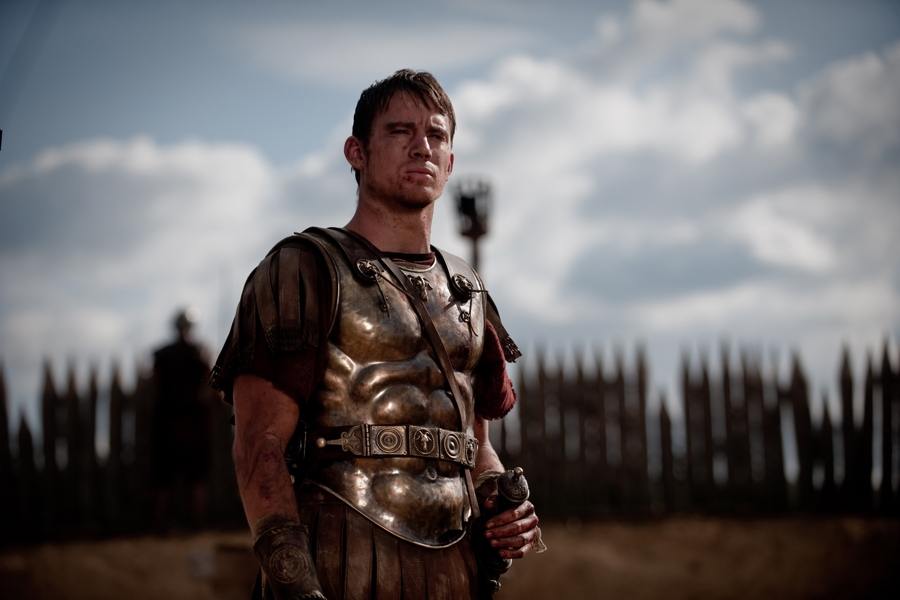 For a scene in The Eagle, Channing Tatum had to wade into freezing cold water in a wetsuit. Hoping to warm him up, a crew member boiled water to pour down Tatum's wetsuit, but he made a fatal error: He forgot to dilute the boiling water with cold water from the river.

"So he poured scalding water down my suit. And I was trying to pull the suit away from my body to somehow get away from the boiling water, and the more I pulled the suit away, the lower the water went," Tatum recounted to Details. The water scalded Tatum, even burning a patch of skin on his penis. Focus Features

Next, check out 80 textless movie posters that'll dazzle you without a single word. Then, have a look at 10 movie myths you probably believe.