What Are Jinn, The Mysterious Genies Of Arabian Mythology?

Mysterious figures described in the mythology of pre-Islamic Arabia, jinn are shape-shifting genies said to both aid and torment the humans they encounter.

While the concept of jinn (or djinn) might seem unfamiliar at first, these legendary creatures have actually been introduced to the world at large through the genie in Disney’s Aladdin. But despite the movie’s depiction, these shape-shifting spirits aren’t traditionally seen as friendly.

Known as jinn and djinn, the fabled genies described in the pre-Islamic mythology of Arabia can appear as everything from snakes to scorpions to humans. Although these spirits are neither inherently good nor bad, some alleged sightings over the years have been nothing short of terrifying. 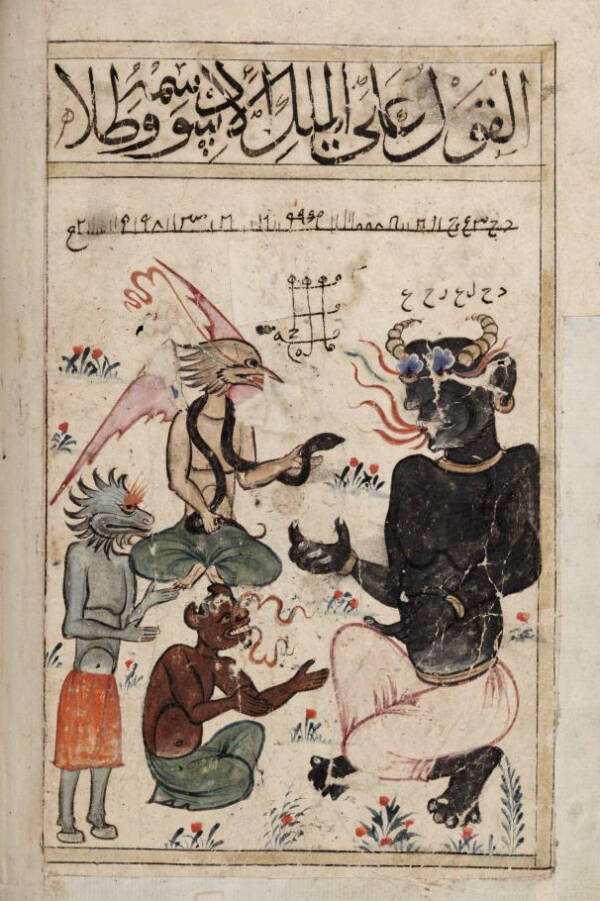 Wikimedia CommonsAl-Malik al-Aswad, a king of the jinn from the 14th-century Book of Wonders.

From their ancient beginnings to their representation in modern pop culture, jinn have maintained a significant foothold throughout history.

What Is A Jinn?

It’s unclear exactly when the specific concept of jinn first emerged. But we do know that the spirits have served as a source of inspiration — and fear — in the Arab world long before the 7th-century introduction of Islam. And they obviously retain significant influence to this day. 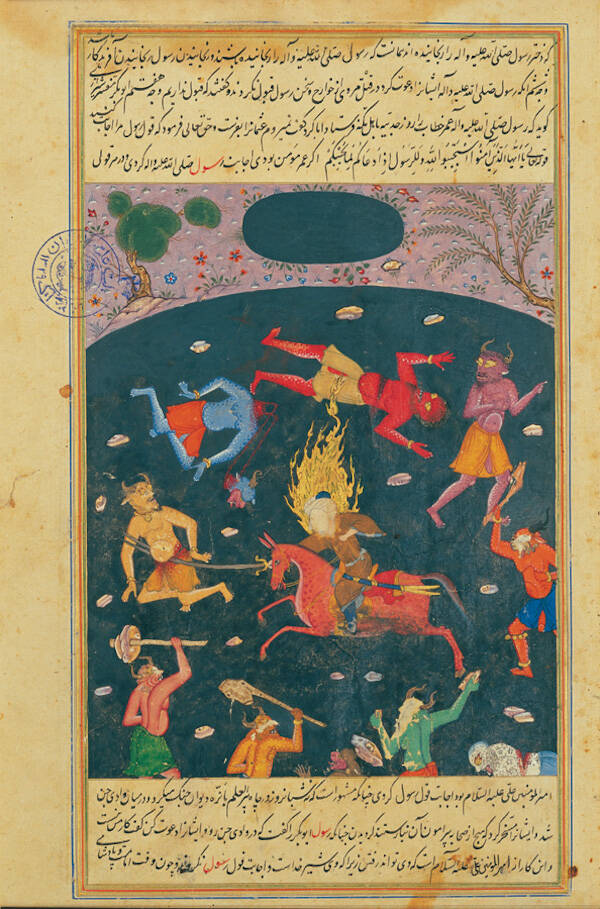 While jinn are mentioned in the Qur’an and are thus part of Islam, these spirits are not worshipped in the faith. Thought to transcend the boundaries of the physical world, they are said to be made of “smokeless fire.”

Pre-Islamic Arabs believed that jinn could control the elements, and turn plots of land fertile. While this might sound unnerving, jinn have also inspired some of the most revered classical Arab poets across history.

“Poets in pre-Islamic Arabia often said they had a special jinni that was their companion,” said Suneela Mubayi, a researcher of Arabic literature. “Sometimes they would attribute their verses to the jinn.” 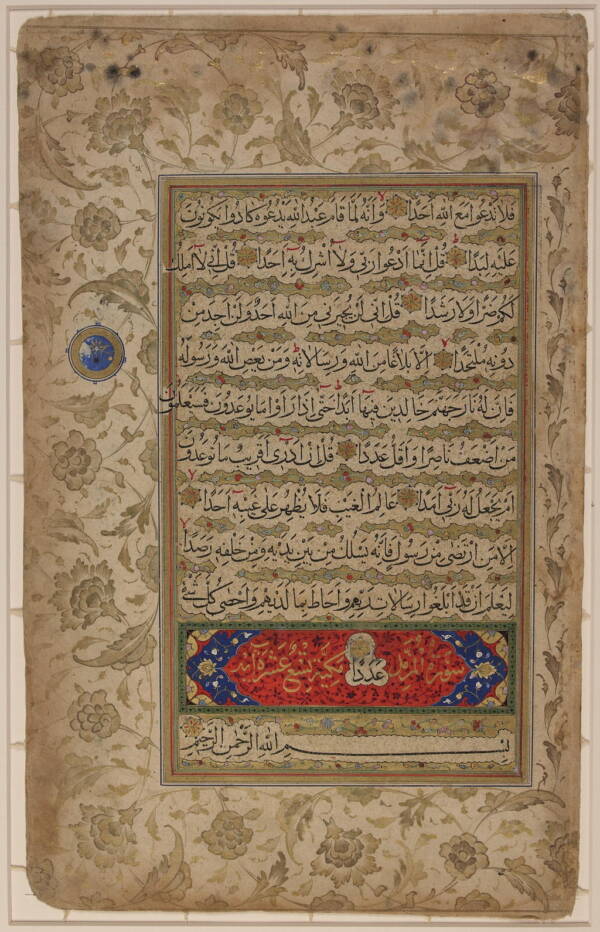 Some scholars are adamant that human beings can’t fully comprehend these spirits. But it is generally agreed among believers that jinn can interact in their own realm as well as our realm. As such, they can fall in love — and even have sexual encounters — with human beings.

“As spiritual entities, the jinn are considered dual dimensional,” wrote Amira El-Zein, author of Islam, Arabs, and the Intelligent World of the Jinn, “with the ability to live and operate in both manifest and invisible domains.”

To her point, jinn are thought to be amorphous, and capable of shape-shifting into human or animal form. “Jinn eat, drink, sleep, procreate, and die,” said El-Zein. This provides them with an eerie advantage in our world — as their intentions are often malleable.

It’s no surprise that they haven’t always been portrayed to be as pleasant as the wish-granting genie in the Disney film.

Alleged Sightings And Encounters With These Shape-Shifting Genies 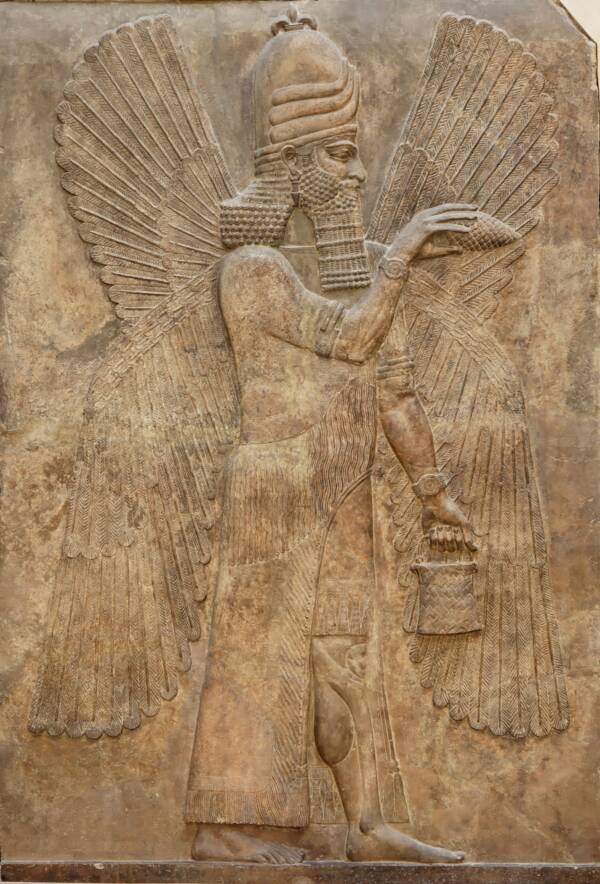 Wikimedia CommonsA forerunner to the Islamic jinn, this relief from the north wall of the Palace of King Sargon II at Khorsabad in Iraq depicts a winged genie approaching the Tree of Life.

Seventh-century Islamic Prophet Muhammad famously acknowledged the existence of jinn in the Qur’an — as non-material beings who have free will like humans. While El-Zein believes “one can’t be Muslim if he/she doesn’t have faith in jinn existence,” it’s nearly impossible to confirm that all 1.6 billion Muslims in the world share that view.

For many of those who do, however, jinn are considered part of the unseen, or al-ghaib. Faith in their power is so strong that it’s not unheard of for people to seek out exorcisms to get rid of them. These rituals often involve reciting the Qur’an over a person, but they have varied widely over the years.

“The Arabs of pre-Islam invented a whole set of exorcism procedures to protect themselves from the evil actions of the jinn on their bodies and minds, such as the use of beads, incense, bones, salt, and charms written in Arabic, Hebrew, and Syriac, or the hanging around their necks of a dead animal’s teeth such as a fox or a cat to frighten the jinn, and keep them away,” El-Zein said.

While these spirits aren’t entirely good or bad, jinn are lower in rank than angels — and are oftentimes believed to be capable of human possession.

A 2014 study found that “the attribution of psychiatric symptoms to jinn is common in some Muslim populations.” Jinn have also reportedly appeared in some truly creepy firsthand encounters.

One girl claimed a bully at a boarding school nearly choked when her tongue swelled up after she broke another student’s necklace. The student in question then began speaking in a male voice — claiming to be a jinn who had traveled from afar. Only later did her parents reveal that they bought the jewelry from a shaman specifically to hold in the malevolent spirit. 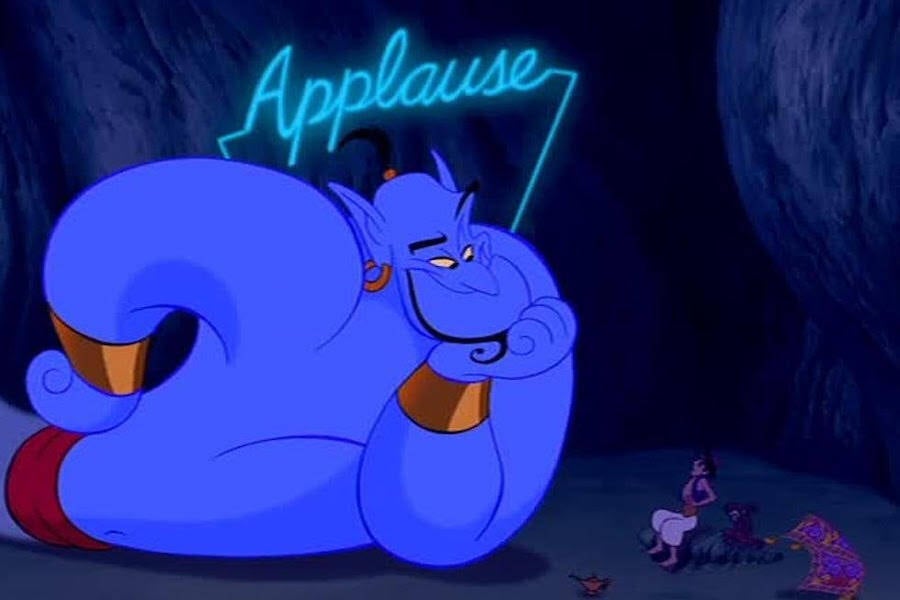 DisneyThe genie in Aladdin is perhaps the most famous jinn in popular culture.

Sightings are perhaps the most rampant in Bahla, Oman, a remote Arabian outpost. Residents claim to regularly experience jinn amidst the historic Islamic architecture.

Muhammed al-Hinai, a devout Muslim with post-graduate credentials, has reported seeing a pale woman in rags and hearing her cackle. Another local claimed his sibling displayed personality changes after encountering a spirit.

“I found my brother some nights muttering against a wall, muttering unintelligible words,” he said.

“They want to tear us apart,” said Harib al-Shukhaili, a local exorcist who’s claimed to have treated over 5,000 people. “Our minds, communities, with arguments, disbelief, everything. And all the time the jinn are still here, waiting. This is the burden of Bahla.”

Jinn In Popular Culture To This Day

Jinn operate in a somewhat grayer area than demons from Christianity, as they oscillate between good and evil and thus behave more comparably to humans.

While Aladdin did accurately convey that, the character’s charming nature clearly veered from the spookiness of traditional folklore. But Aladdin’s genie is far from the only well-known jinn character. One Thousand and One Nights, a collection of famous folk tales from the Islamic Golden Age, explored the ancient entity as well.

“The Fisherman and the Jinni” sees a fisherman discover a jinn trapped in a jar that he finds in the sea. Although the spirit is initially furious about being trapped inside for centuries, it eventually provides the man with exotic fish to give to a sultan.

More recently, Netflix’s first Arabic original series Jinn caused a furor in Jordan over its “immoral scenes.” Set in Petra, youths attempt to save the world from jinn, which seems like a simple enough premise. But the outrage in Jordan actually stemmed from a girl in the show kissing two different boys in separate scenes.

For centuries, many have believed that jinn wreak havoc on the world. If they’ve survived — at least in the minds of people — for this long, it’s unlikely they’ll disappear anytime soon.

After learning about the jinn, read about the 18th-century Compendium of Demonology and Magic. Then, learn about Anneliese Michel and the shocking story behind The Exorcism of Emily Rose.”