Joachim Kroll, the "Ruhr Cannibal," terrorized West Germany for over 20 years, eating the flesh of his victims because "meat was expensive." 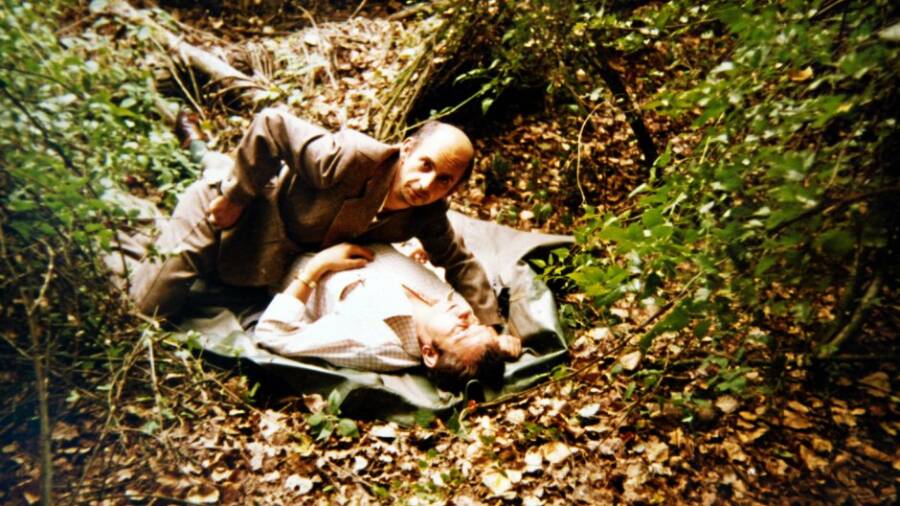 Michael Dahlke / WAZ FotoPoolJoachim Kroll reenacts one of his murders for police, demonstrating how he overpowered his victim.

While not nearly as well known as Ted Bundy or Jeffrey Dahmer, Joachim Kroll’s crimes are equally, if not more, disturbing. Known as the Ruhr Cannibal, the Ruhr Hunter, or the Duisburg Man-Eater, Kroll’s macabre killing spree took the lives of 14 known victims — and authorities believe he killed even more.

This cannibalistic German serial killer claimed that he ate parts of his victims to save money, because meat was expensive. He evaded capture for two decades, and over the years six other men were arrested for crimes he committed.

But Joachim Kroll’s gruesome killing spree finally came to an end after he clogged a shared toilet with a victim’s entrails, leading to his capture. 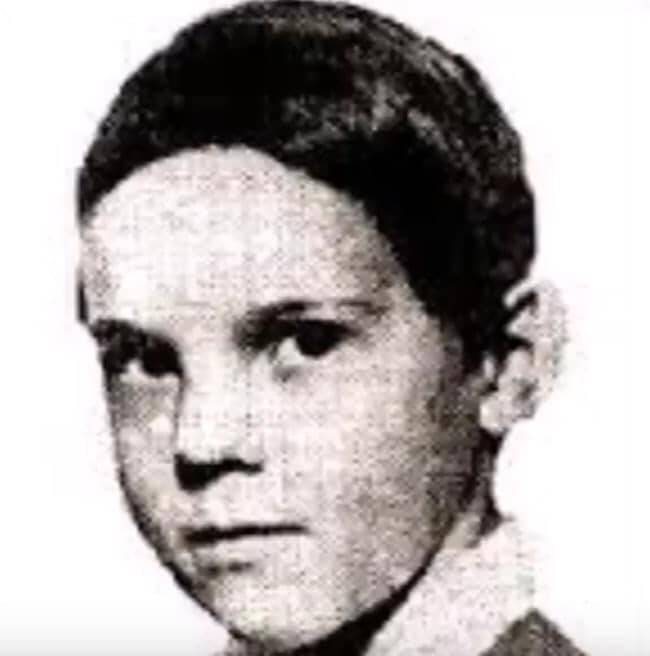 YouTubeAs a child, Kroll was a bedwetter who sexually abused animals.

Kroll was born in 1933 during the beginning of the Nazi party’s rise in Germany. The youngest of eight children, Kroll was considered “weak.” This constant degradation from his family and community, coupled with an unstable upbringing during World War II, likely contributed to his crimes as an adult.

Kroll was a frequent bed-wetter as a child, which caused him much humiliation. He also reportedly sexually abused animals. Both bedwetting and animal cruelty are components of the Macdonald Triad, a set of childhood behaviors that can point to violent tendencies later in life.

Like many other families in Germany during World War II, Kroll’s family suffered from extreme poverty and hunger. His father, a soldier in the German army, was taken as a POW by the Russian Army and is believed to have died during the war, leaving Kroll and his seven siblings with their mother.

Kroll quit school in 1948 after having to repeat several grades more than once. At 15 years old with a fourth-grade education, his struggles in school were compounded by the disruptions of World War II. Later in life, testing revealed he had an IQ of 78, and some reports claim Kroll didn’t know how to read.

After leaving school, Kroll started working as a farmhand and soon developed his appetite for murder. 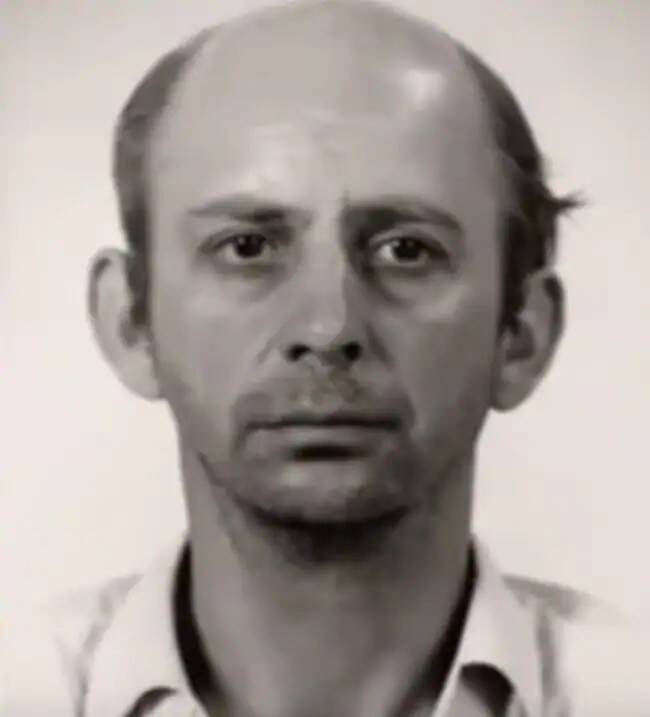 YouTubeJoachim Kroll said that witnessing the slaughter of a pig awakened both his sex drive and his bloodlust.

While working as a farmhand, Kroll said that helping kill farm animals inspired his murderous fantasies. When he saw a pig being slaughtered, the incident “awakened his sex drive.”

As a young man, Kroll did attempt to have a romantic relationship with an unknown woman. He said that he felt awkward and inadequate with women sexually and described his only sexual encounter with a woman as a “failure.” Kroll’s twisted mind concluded he should have sexual encounters with “someone who could not complain about his performance.”

In 1955, as his obsession with death grew, Kroll’s mother died. The Kroll siblings went their separate ways and lost touch. Later that year, Joachim Kroll murdered his first victim.

On February 8, 1955, Kroll traveled to the village of Walstedde. There, he captured and murdered 19-year-old Irmgard Strehl. He strangled her to death, then raped her and slashed open her abdomen.

Along with raping victims after their death, Kroll also reportedly masturbated over their bodies. Finally, when he got home from a kill, he would pleasure himself again with a rubber sex doll, often while choking a small child’s doll.

Kroll is known to have killed 14 people, but he likely murdered even more.

Kroll would later claim that, after his first killing, his murderous tendencies subsided until four years later. However, authorities believe that Kroll was responsible for several more murders between 1955 and 1959, which is when Kroll said he started killing again.

His next known murder took place on June 16, 1959, when twenty-four-year-old Klara Freida Tesmer was killed in Rhine. Tesmer’s murder was identical to Irmgard Strehl’s.

Only this time, Kroll began to engage in what would become his trademark cannibalism. Kroll removed pieces of Tesmer’s flesh from her buttocks and thighs, wrapped them up, and took them home to cook for dinner.

A local man in Rhine named Heinrich Ott was arrested for Tesmer’s murder and hanged himself while awaiting trial. Meanwhile, Joachim Kroll remained at large.

How The Duisburg Man-Eater Avoided Capture 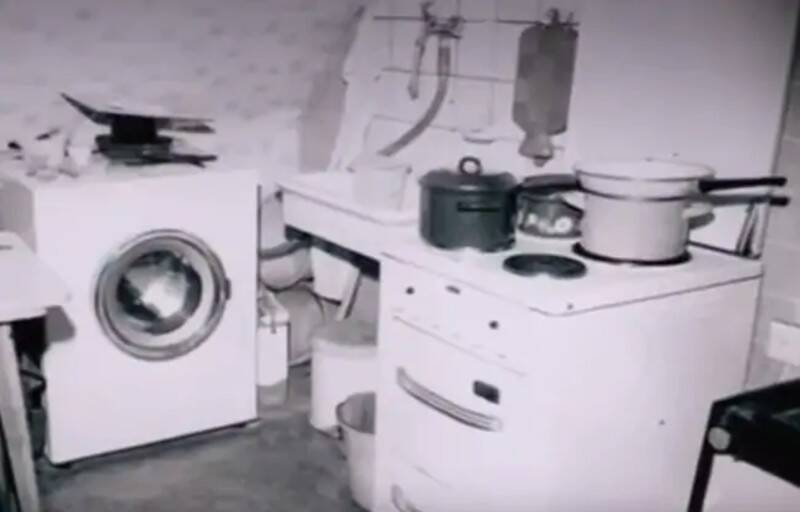 YouTubeInside Kroll’s kitchen, where police found a severed hand cooking on the stove.

Those who have studied Joachim Kroll’s psychology note that his self-awareness and methodical ways of selecting victims point to Kroll having a higher IQ than his reported score of 78. Like other serial killers, Kroll traveled to different towns to look for his victims.

Kroll mainly murdered women and girls, but he didn’t stick to one age-group or “type” like other killers often do.

He even murdered one man, Hermann Schmitz, in 1965. That night, Kroll had traveled to Grossenbaum where he spied Schmitz and his fiancé Marion Veen in a secluded area having sex in the front seat of a car and got an idea.

Kroll lured Schmitz out of the car by waving his arms as if for help. Then, he stabbed Schmitz repeatedly, planning to kill and rape Veen next. Instead, Veen leaped into the driver’s seat of the car and drove directly at Kroll, who dodged the vehicle and ran away.

Although she got a good look at Kroll, Veen’s account of the nondescript killer didn’t turn up any leads. Kroll remained free to carry out his horrifying crimes.

Further confusing police, Kroll did not always strip victims of flesh to engage in cannibalism, making each murder different. He preferred to take these cuts only from the victims that he viewed as particularly young and tender.

Plus, other killers operating in West Germany had the police distracted. In the years before Joachim Kroll begin killing, Werner Boost had been murdering couples in the area starting in the early 1950s. Boost and several other suspected killers are believed to have thrown police off Kroll’s track.

Even worse, while Kroll was actively killing, five other men along with Heinrich Ott were arrested and charged for his murders. Like Ott, one of these men committed suicide.

Another disturbing element of Kroll’s murders was the motivation behind the cannibalism. Many cannibalistic serial killers, such as Albert Fish, are sexually motivated to consume their victim’s flesh or see it as a trophy.

Kroll had a more practical view of the act. He later said that he took pieces of flesh from his victims because “meat was expensive.” 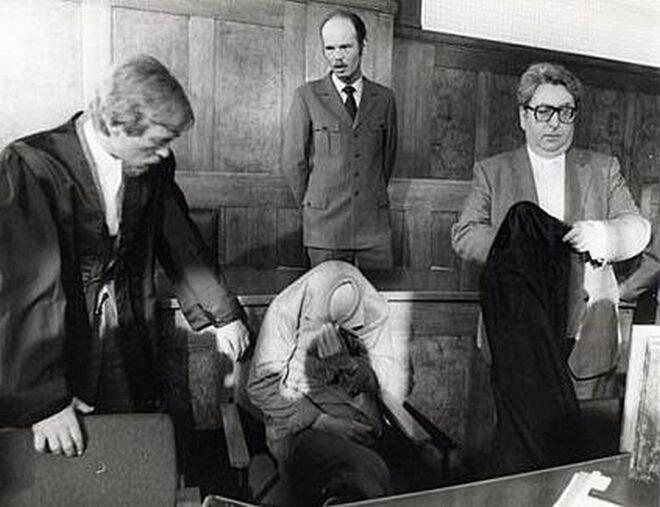 YouTubeKroll hid his face during part of his trial.

A little later, a neighbor asked Kroll if he knew what was blocking the pipes in the building’s shared lavatory. When he replied, “guts,” the neighbor chuckled. Then, he looked in the toilet, saw tiny human organs, and immediately contacted the police.

Once inside Kroll’s apartment, police found Marion Kettner’s dismembered body. Parts of the body were in the refrigerator, a hand was cooking on the stove, and entrails clogged the plumbing. Police removed the shared toilet and found Kettner’s liver, lungs, kidneys, and heart.

Kroll was immediately arrested, admitted to murdering Kettner, and gave police details of 13 other murders, including the killings of Irmgard Strehl and Klara Freida Tesmer. He also confessed to engaging in cannibalism.

While in prison, Kroll eagerly cooperated with police, convinced he would be given an operation that would cure his homicidal urges and released. After several years in incarceration, he was charged with eight murders and one attempted murder in a trial that went on for a grueling 151 days.

In the end, instead of receiving the cure he wanted, Kroll was sentenced to life in prison in April 1982.