The bull managed to leave a "Coke can-sized" hole in the hunter’s leg — but died shortly after. 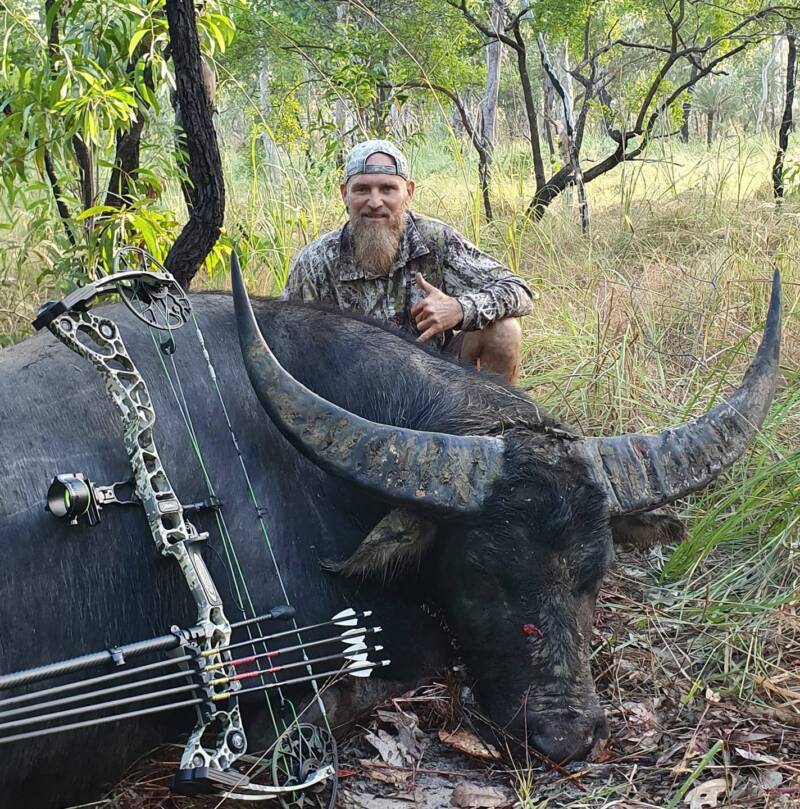 Chris Mcsherry/FacebookChris Mcsherry was not put off by the incident and claimed that he will return to hunting after recovering.

A trophy hunter in Australia suffered the brutal revenge of a wild buffalo when he was gored twice in the leg by a 1,700-pound bull that he’d just shot for sport.

The incident left him with a “Coke can-sized” wound in his right leg and an eight-inch gash below his buttocks. Meanwhile, the buffalo managed to survive several bow strikes for long enough to fight back before soon dying from its injuries.

According to the Daily Mail, 35-year-old Chris Mcsherry, a bow hunter of 20 years, was on a hunting trip with a friend at Port Bradshaw off the northeastern coast of the Northern Territory on June 20. When Mcsherry came across a prized buffalo, he quickly shot the massive beast several times.

Underestimating the buffalo’s might, Mcsherry waited confidently nearby for the animal to drop dead from his attack. But the bull then charged him instead.

“I managed to turn and get about three steps in before he was on my back and gored his horns into my upper thigh, pushing me forward,” Mcsherry told news outlet NT News. 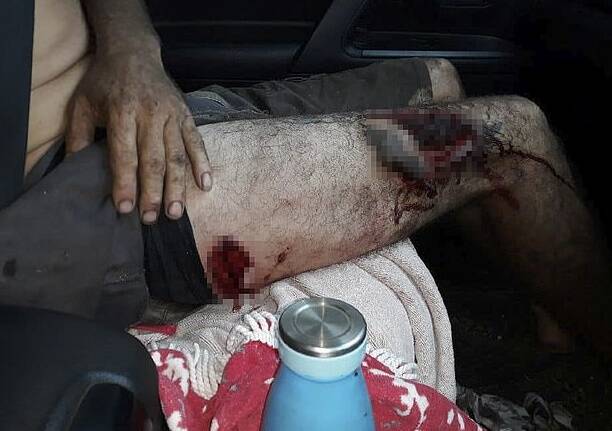 The buffalo’s revenge was not yet over, however. It then pierced Mcsherry again, plunging its horns through his right leg. The buffalo then raised Mcsherry up by his gored thigh.

“That’s when I hit the ground and he put the horns into me again, picked me up by the right leg and flung me about three meters,” Mcsherry recalled. The father of five was thrown a third time before managing to escape and roll away to safety. Nevertheless, it’s unclear what exactly stopped the buffalo’s rampage, though it was surely the fact that it was growing weak from its wounds. 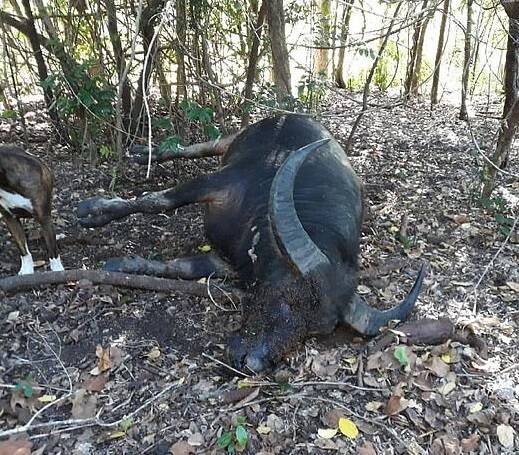 Chris Mcsherry/FacebookMcsherry claims to have received many death threats since his story came out, none of which have shaken his stated commitment to trophy hunting.

Mcsherry was quickly rushed to Gove Hospital and then to Darwin Hospital where he received surgery for his injuries.

“The buffalo left me with some decent wounds,” Mcsherry said, “there’s an eight-inch gash right under my bum.” While Mcsherry was lucky to have survived the incident, the buffalo soon died from its wounds.

The near-death experience has done little to dampen Mcsherry’s enthusiasm for hunting, however. According to an update he shared on Facebook:

“Buff is dead I’m alive (this time) and hope to be back with my family and friends soon thanks for all the well wishes on other posts I appreciate the love and support and will live to HUNT another day.” 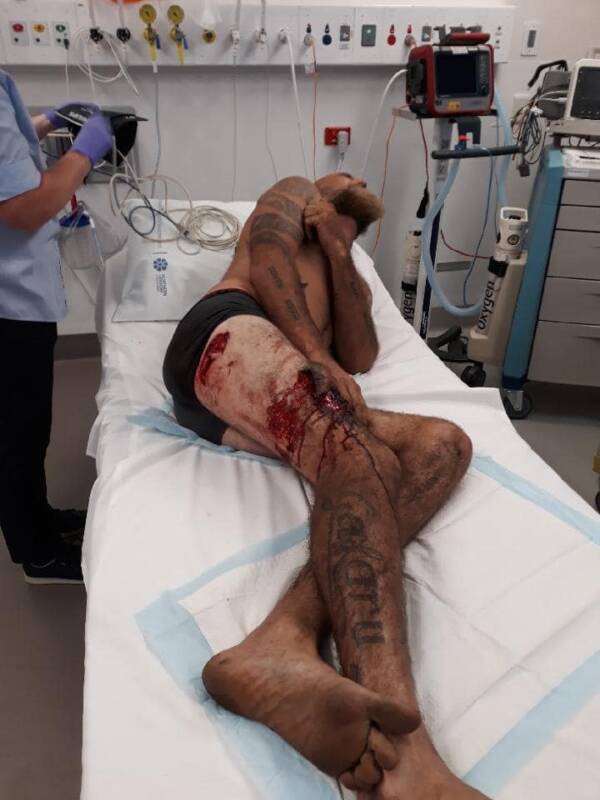 Chris Mcsherry/FacebookChris Mcsherry has been attacked while hunting before, though this injury was particularly serious.

Mcsherry’s desire to go back to hunting after nearly losing his life isn’t that surprising. Apparently, this attack wasn’t his first brush with death. The avid hunter previously survived being chased by a crocodile while on a spearfishing trip.

Only time will tell what fate has in store for Mcsherry’s hunting trips in the future. Next time, it might not just be a can-sized hole in his leg.

Next up, read about trophy hunter Claude Kleynhans, who was fatally gored in the groin by the herdmate of the buffalo he’d just killed. Then, see more stories of animals who got bloody revenge on poachers.