Among the dead were weapons, tools, a pocket watch, and a medal of honor for fighting in the Spanish Civil War. 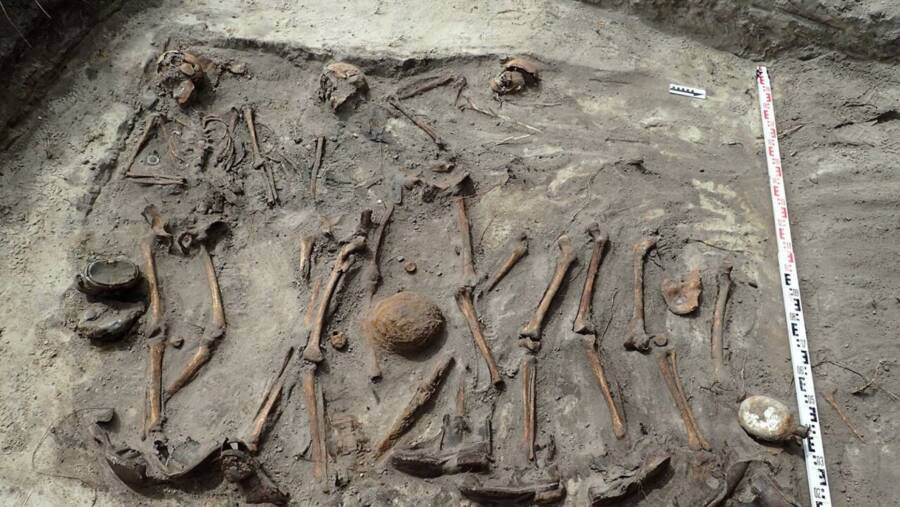 Facebook/POMOSTThe skeletons were found side by side with various artifacts of war.

The grave was found by locals in the southwestern village of Kożlice, who then notified the Pracownia Badań Historical and Archaeological Research Laboratory (POMOST).

According to Fox News, POMOST was able to determine that these remains belonged to members of Nazi Germany’s air force, known as the Luftwaffe, due to their dog tags and a steel artifact that was engraved with the symbol of the Luftwaffe buried beside them. 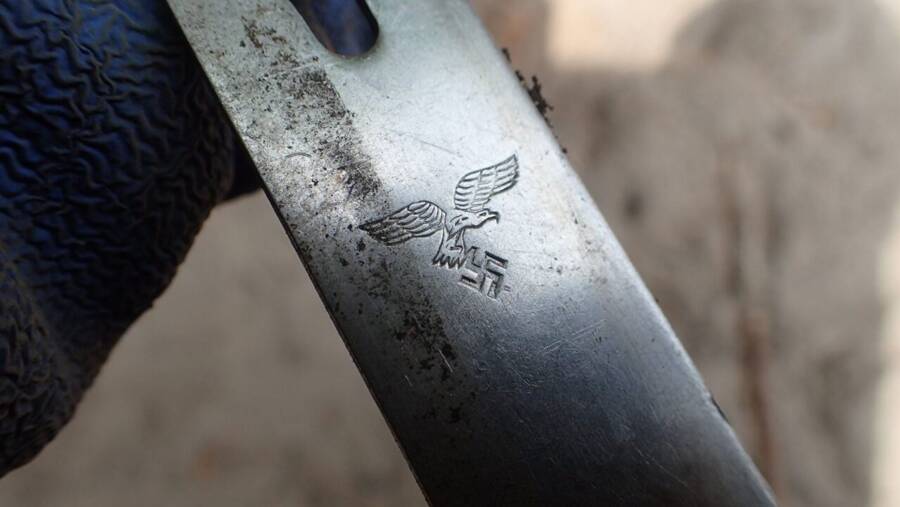 Facebook/POMOSTA steel tool etched with the symbol of the Luftwaffe.

The dead had been laid beside one another and according to Tomasz Czabanski, president of POMOST, the soldiers were likely killed in 1945. “There was a lot going on here. Many individual graves have been discovered in this area.”

Czabinski added that the locals have been helpful in identifying and notifying his team about historical finds. “It also very often happens that they come and look at excavations, tell their stories and that’s how we learn about yet other unidentified graves.” 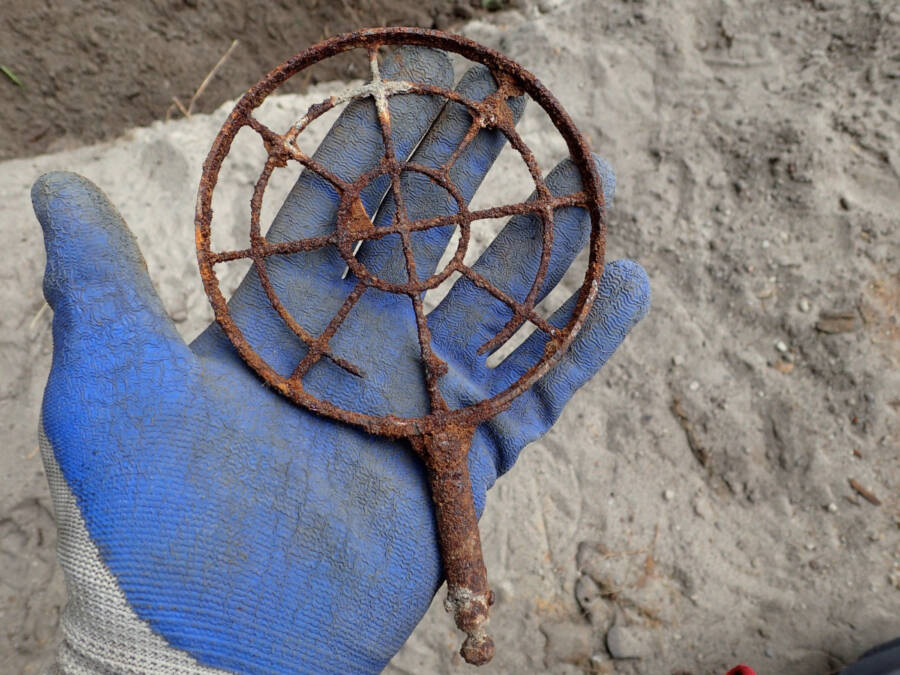 Facebook/POMOSTThis rusting anti-aircraft sight would have been fitted to an MG rifle.

Also found were a spare anti-aircraft sight for an MG rifle, a Spanish Cross, and a pocket watch. But perhaps the most historically fascinating find was the Spanish Cross, a distinguished award that denoted bravery during the Spanish Civil War. Adolf Hitler backed Spanish dictator Francisco Franco with the Condor Legion of the Luftwaffe during that time.

Kożlice was more than mere territory for the Germans during World War II, as just a few miles north the Nazis had established a Luftwaffe base. Thus, it’s believed that these paratroopers were likely stationed there.

The base was eventually attacked by Joseph Stalin when the Red Army advanced in January 1945, but not before a panicked Germany demolished the base and left only a small number of troops behind to stay and fight the Russian onslaught. 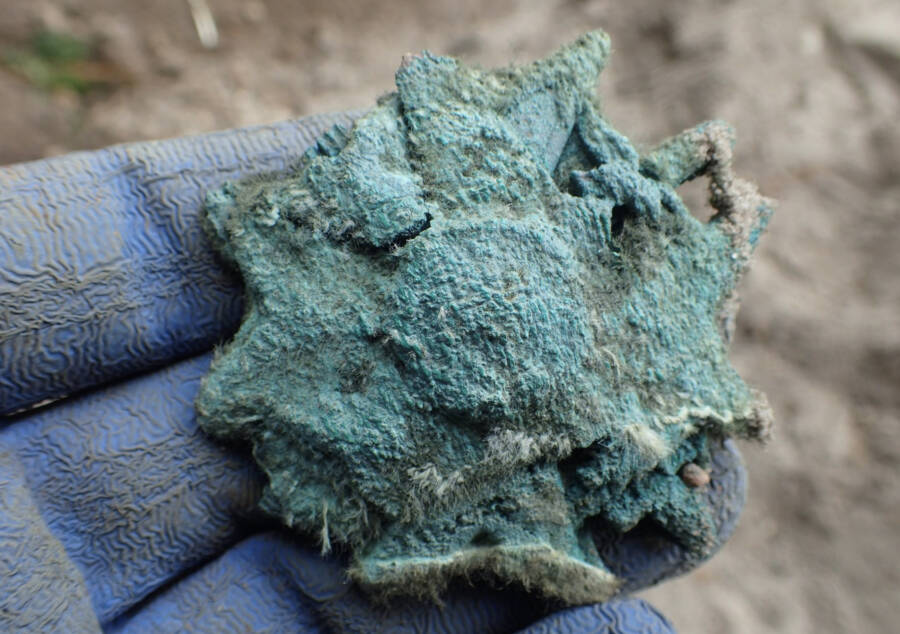 Facebook/POMOSTThe Spanish Cross was given to German soldiers who fought in the Spanish Civil War for Hitler’s dictatorial ally, Francisco Franco.

As the very first country to be invaded by Nazi Germany in September 1939, Poland is naturally littered with remnants of the war. It was only a month ago that an invaluable diary written by an SS officer was discovered there. Some believe that the historical document might contain the location of Nazi treasure worth billions of dollars today.

A few weeks after the discovery of the diary, archaeologists unearthed a treasure chest filled with silver — including goblets and cutlery — near the remains of a 600-year-old castle once occupied by the Nazis during the war.

As for the remains of these 18 soldiers, their bones will be analyzed before being put to rest in a military cemetery in the city of Wrocław.

Next up, read about how 300 soft tissue remains from executed prisoners of the Nazis were found buried in Berlin. Then, take a look at 25 tragic photos of the forgotten genocide in Nazi-occupied Poland.