How A Japanese Noblewoman Defied Convention To Write The World’s First Novel, ‘The Tale Of Genji’

In 11th-century Japan, Lady Murasaki Shikibu had a vision that inspired her to write a novel whose vivid scrolls survive to this day. 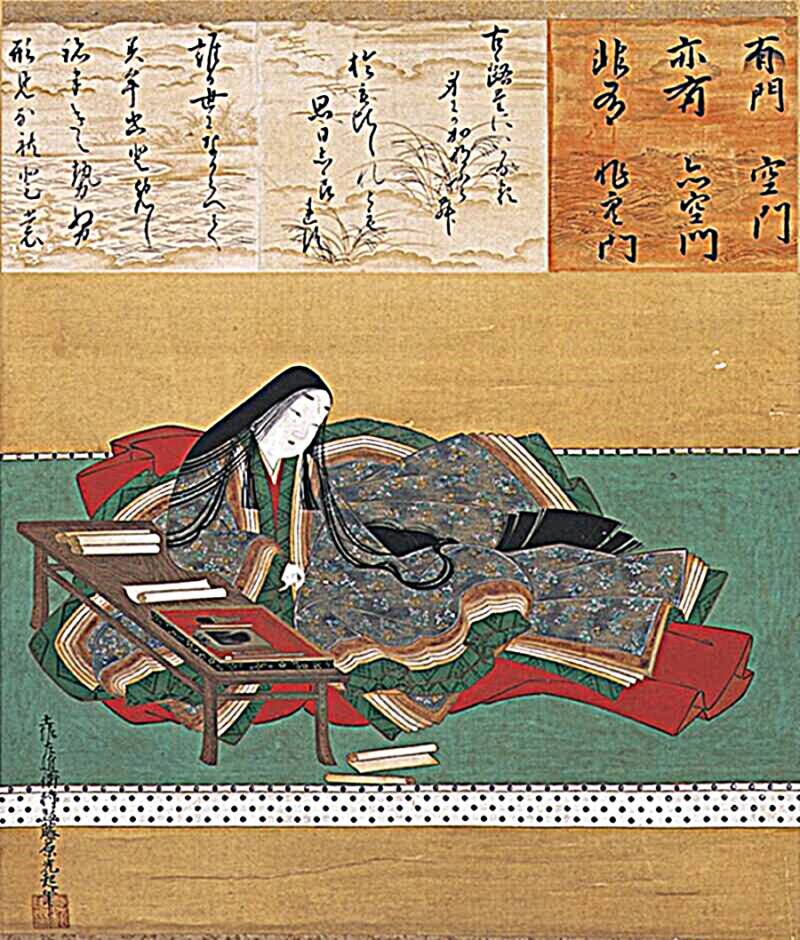 Wikimedia CommonsAn illustration of author Murasaki Shikibu by Tosa Mitsuoki, who did a 17th-century art series on The Tale of Genji.

Written a thousand years ago by a member of Japan’s noble elite, The Tale Of Genji has been lauded as the world’s first novel. Remarkably, the author was a woman.

Murasaki Shikibu, also known as Lady Murasaki, was a lady-in-waiting at the imperial court. Her writing has been studied and cherished in Japan for centuries, but it was not translated into English until the early 20th century.

How a vision inspired Lady Murasaki to write the world’s first novel, and the novel’s significance today, is a fascinating tale on its own. 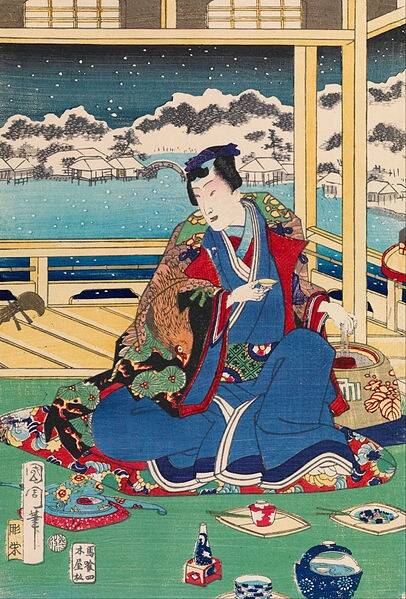 Between about 1000 and 1012, Murasaki began to write a fictional story about a young prince named Hikaru Genji, an illegitimate but beloved son of the reigning emperor.

Genji monogatari, translated as The Tale Of Genji, follows the fascinating life of the fictional Prince Genji as he navigates the politics of the imperial court during the Heian period (794-1185).

A thousand years later, The Tale Of Genji is a cornerstone of classic Japanese literature and a historical contribution to the art of storytelling.

The Tale Of Genji has spawned many adaptations in Japanese media including film, opera, manga, and anime. 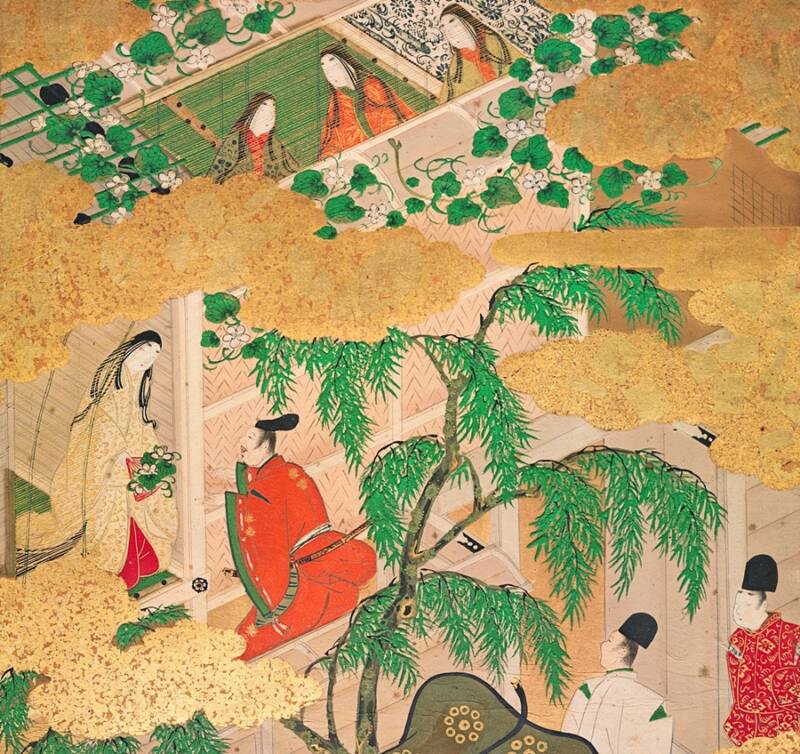 Harvard Art Museums/New YorkerThe novel has 400 characters, but many of them are never referred to by proper names.

The story’s influence has also seeped into world literature as well. In 1925, the first English translation of The Tale Of Genji was made by Arthur Waley and reviewed by Virginia Woolf in British Vogue.

The most recent English translation in 2015 was done by Dennis Washburn, a professor in Asian Studies and Literature at Dartmouth College. It took him 15 years to complete the project.

“I genuinely respect all of these translations,” Washburn said. “They each do different things well. However, there can never be a definitive translation of an important work like the Genji.”

The epic has also been translated into several other European and Asian languages.

The Tale Of Genji 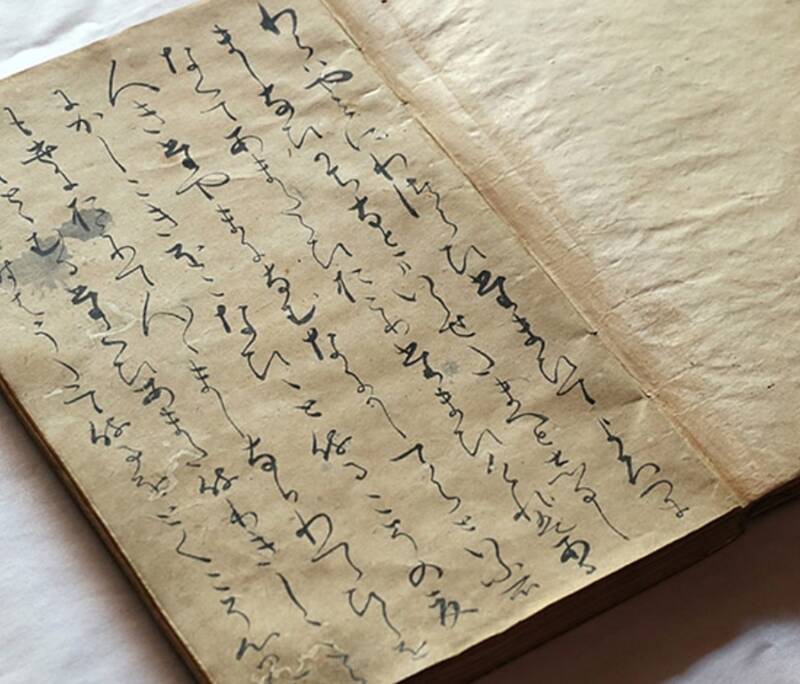 In summary, The Tale Of Genji covers the lives of the fictional Prince Genji and his descendants over the span of 70 years during the Heian period. The story begins with the birth of the prince, whose mother holds a low status in court.

Political intrigue ensues after a royal diviner proclaims the dynasty will fall into ruin if Genji ever takes the throne. Kokiden, a jealous consort of the emperor who becomes Genji’s rival, also causes conflict.

To prevent the prediction from coming true, the emperor reduces Genji to a commoner but allows him to live inside the palace grounds, where the disavowed prince becomes enmeshed in the intrigues of the court.

It is difficult to pinpoint precisely how The Tale Of Genji came to be. But according to legend, Lady Murasaki wrote the tale after she was tasked by Empress Akiko to come up with a new story for the princess. 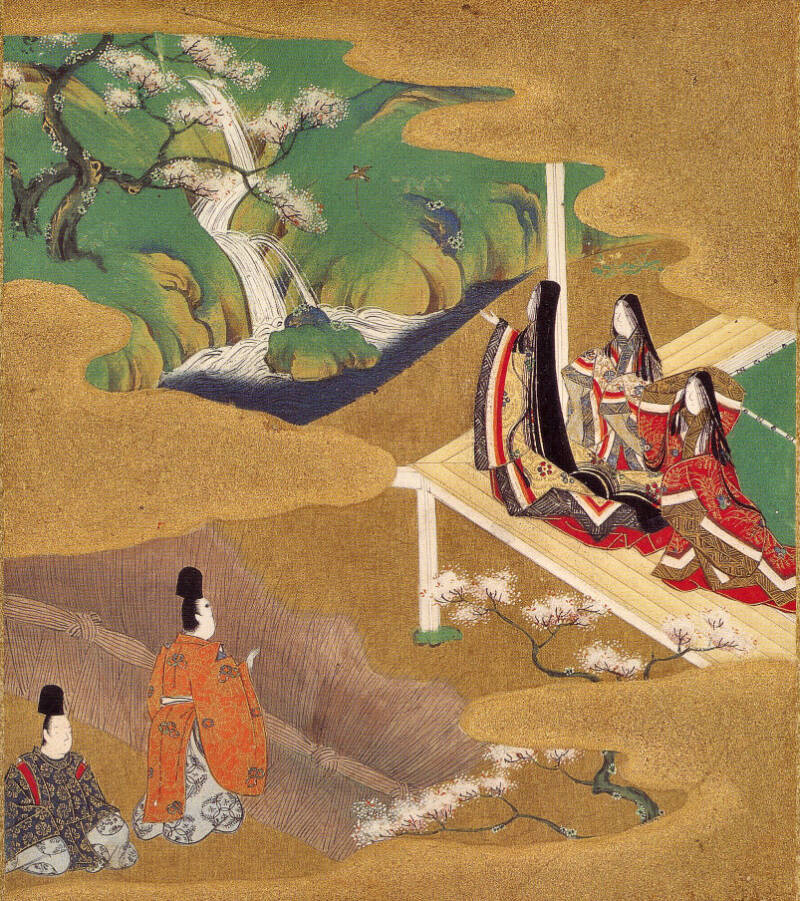 Wikimedia CommonsHistorians still debate the correct order of the chapters in the novel, complicating efforts to write a concise The Tale of Genji summary.

It is said that Murasaki went on a pilgrimage to the temple of Ishiyama-dera to gain inspiration for her story. As she gazed out the temple window, Murasaki saw a vision of her protagonist, Genji, lying in exile on the shore of a moonlit sea.

Struck by inspiration, she quickly jotted down the scenes, which became chapters 11 and 12 of the epic. From there, Murasaki filled in the rest of her story.

There is no way to corroborate this origin story, but it does seem to align with the fact that the 54 chapters do not appear to be in chronological order. In fact, scholars still disagree about the final order of the novel’s chapters.

Lady Murasaki’s The Tale Of Genji was an impressive literary feat, especially when it was first created a thousand years ago.

“Murasaki Shikibu was writing in a mode of literature that was, at her time, fairly denigrated,” explained Melissa McCormick, a professor of Japanese art and culture at Harvard University. “Fiction was at the lower rung of the scales of the genre hierarchies.”

Wikimedia CommonsA 2,000 yen note with The Tale of Genji and Murasaki Shikibu on the right corner.

Murasaki’s masterful fluency between realism and romanticism in writing the tale has been lauded by scholars and literary experts. It was an exceptional work of writing, unlike anything that existed at the time.

Moreover, Murasaki created her masterpiece during a time when women were discouraged from producing literature.

As with many cultures of the earlier centuries, writing and reading were reserved for noblemen. In Japan, men used a dual writing system of classical Chinese and vernacular Japanese.

Governance and elite discourse were largely conducted in Chinese, which women were barred from learning. Women who did write during this time did so in Japanese, and their work was viewed as more frivolous.

Luckily for Murasaki, her father, a provincial governor, taught her to write in Chinese, which allowed her to keep up with the political affairs of the court. Her literary work was imbued with this knowledge.

Though it was largely written in Japanese, The Tale Of Genji was one of the first writings in Japanese to be embraced by a male audience.

In a way, Murasaki’s achievement symbolizes the endurance of women writers during a time when their work was not regarded as highly as their male counterparts. Due to the undeniable craftsmanship in The Tale Of Genji, Murasaki’s novel simply “had to be taken seriously,” McCormick said.

Fortunately for the world, it was.