Count Xavier Dupont de Ligonnès vanished after the murders of his wife and four children in 2011 — and no one has seen him since.

In April 2011, a horrific tragedy emerged in Nantes, France. The wife and children of nobleman Xavier Dupont de Ligonnès were found dead and buried underneath the family’s back porch.

The case was dubbed “La Maison de L’epouvante” or “The House of Terror” by the French press. 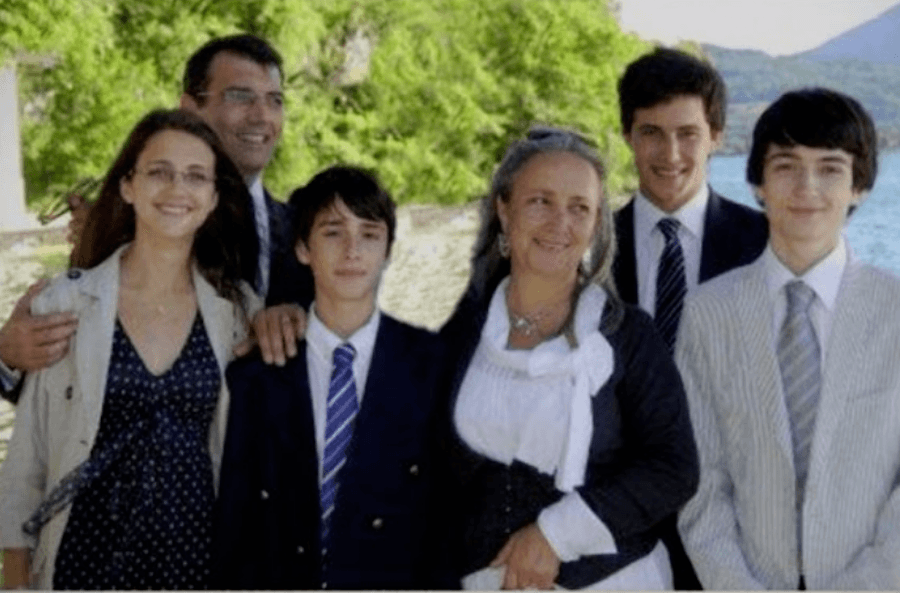 To make matters even grimmer, Xavier Dupont de Ligonnès had completely vanished, establishing the patriarch as the prime suspect in the murder of his own family. Nearly a decade later, his whereabouts remain a mystery. While some believe he killed himself, others are convinced that he’s still alive and in hiding, perhaps somewhere in Latin America.

The murder case was recently brought back into the spotlight during the third episode of the Unsolved Mysteries series on Netflix, with the apt title “House of Terror.”

Xavier Dupont de Ligonnès was a French nobleman living in Nantes with his wife Agnès and their four children: Arthur, Thomas, Anne, and Benoît. The family was well-liked and, according to those who know them, a picture-perfect bunch.

But on the evening of April 11, 2011, neighbor Estelle Chapon noticed that the family’s house seemed unusually quiet. The windows were completely shuttered and there was a note on the door that read, “Return all mail to sender.” 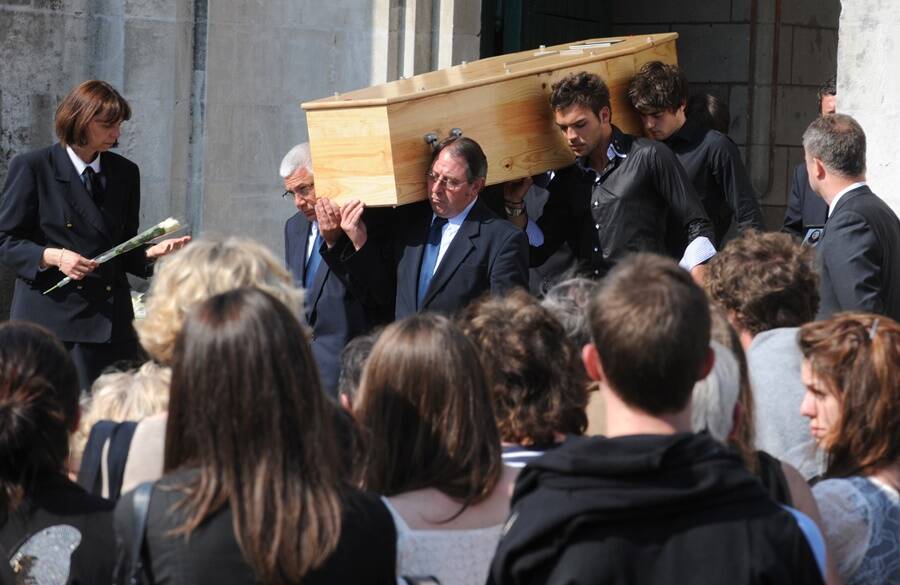 Frank Perry/AFP via Getty ImagesPeople stand outside the church of Saint Felix as the coffins are carried out during the family’s funeral.

Sensing something was off, Chapon contacted the police a couple days later. The police made their first check-in visit to the house on April 13, gaining access through a locksmith that had been called to the scene.

The house was left relatively empty, with bed sheets stripped and photographs missing. Still, police found no suspicious activity, so they left.

Meanwhile, mysterious letters began arriving. Friends and relatives of the couple received letters claiming that Xavier Dupont de Ligonnès was a secret spy for the U.S. and had been recruited for a special assignment. The letters stated that the family was going into the witness protection program, and that nobody would be able to contact them while they were away.

News of the family’s murder horrified the city of Nantes.

But Agnès’ family was unconvinced. They urged authorities to investigate the suspicious circumstances further. This led to a few more house checks by the police, who still found nothing amiss.

It wasn’t until the house check on April 21 that investigators uncovered multiple corpses buried in trash bags underneath the back porch. They were the bodies of Agnés, her four children, and the family’s two dogs. But Xavier was nowhere to be found.

A Murder Suspect In Plain Sight 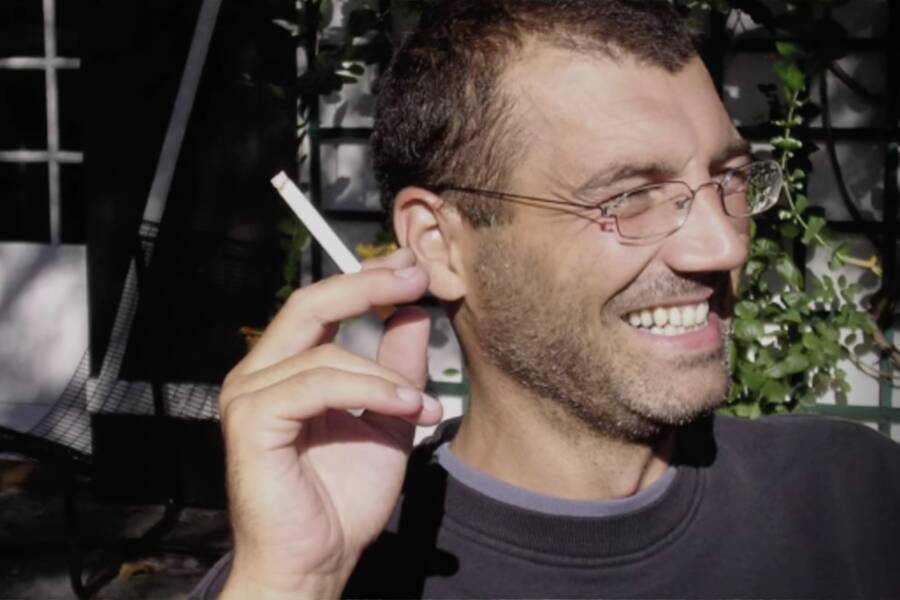 NetflixXavier Dupont de Ligonnès had a head start to evade the police before his family’s bodies were uncovered.

The shocking discovery of the Dupont de Ligonnès family murders shook the city and reverberated across the country. The details were horrifying.

Each family member had been buried with religious icons. Autopsies later showed the children were drugged with sleeping pills. The wife had no drugs in her system, but she was known to use a sleep apnea machine. Everyone had been shot in the head at least twice with bullets from a .22 rifle.

It was later revealed that Xavier Dupont de Ligonnès had recently inherited a .22 rifle from his late father and had also purchased a silencer mere months before the murders.

It’s believed that Agnès, Arthur, Anne, and Benoît were killed on April 3 or April 4, though the exact date and time has been disputed.

Meanwhile, it’s thought that Thomas was killed separately on April 5, after he was lured back home from college.

“I do believe he hesitated to kill him,” said journalist Anne-Sophie Martin. “[The eldest] Arthur wasn’t his biological son, Thomas was… so he was the heir, the one who would bear the name, be nobility.”

Strangely enough, there were no traces of blood or evidence in the house that tied Xavier Dupont de Ligonnès to the crimes. But with his family killed and his whereabouts unknown, he was obviously the prime suspect in the murders. Before long, an international warrant was sent out for his arrest. 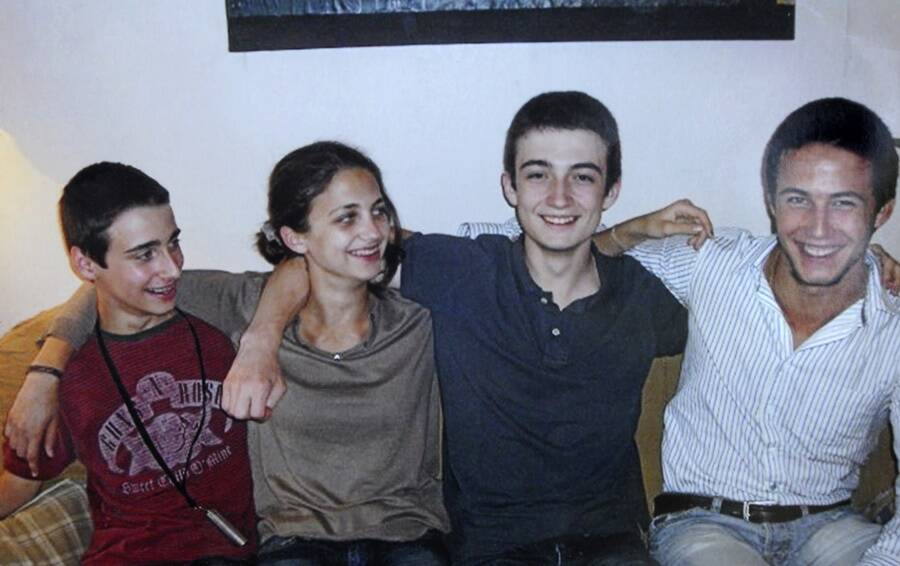 Just a few days after the murders, Xavier Dupont de Ligonnès had left a digital trail throughout southern France, checking into hotels and paying restaurant bills using his credit card. His car was also identified in speed cam footage.

The last time Dupont de Ligonnès was ever seen was on April 15, 2011 — days before his family’s bodies were discovered. In the town of Roquebrune-sur-Argens, CCTV footage showed him leaving a budget hotel. After taking €30 out of a cash machine, he abandoned his car and departed the parking lot with a large bag — possibly containing his rifle.

Police suspected that this was his last hurrah before he would set out to commit suicide, a common occurrence in crimes like this one. The nearby mountains might have been an attractive place for him if he was looking to kill himself somewhere remote.

But when police launched an extensive search of the area to recover his body, they never found anything. He had vanished without a trace. 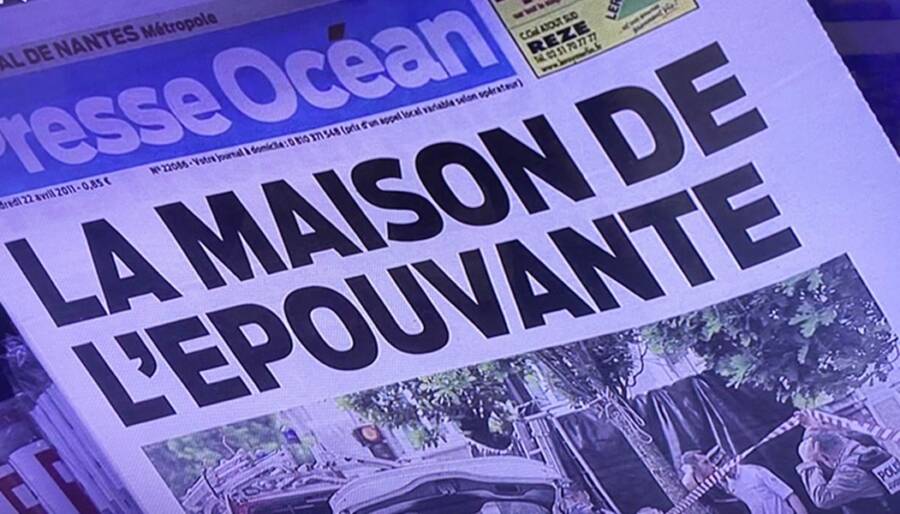 NetflixThe family’s former residence became known as the “House of Terror” to locals.

The fact that Xavier Dupont de Ligonnès’ body was never recovered fed wild theories surrounding the case. Did he indeed commit suicide in a mysterious location — or was he still on the run?

Some who knew the Frenchman remain convinced that he is not only dead but also innocent. They believe that the doting husband and father they knew would never have murdered his wife and children. But a stack of evidence from the investigation suggests the contrary.

Investigations revealed that Xavier Dupont de Ligonnès was in deep debt from several failed business ventures. Despite being a nobleman, his late father had failed to leave any money to his name.

The Dupont de Ligonnès family murders were the focus of an Unsolved Mysteries episode on Netflix.

Investigators also found that Dupont de Ligonnès had obtained a firearms license for the rifle he inherited from his father. He had also visited the shooting range in the months leading up to his family’s murders. On top of all that, he had also recently purchased garbage bags and cement.

Some suspected he had killed his family to avoid the shameful revelation of his financial ruin or to free himself from the burden of responsibility. Either way, the running conspiracy theory surrounding the case was that Xavier Dupont de Ligonnès was still alive.

Martin, the journalist prominently featured on the Unsolved Mysteries episode about the case on Netflix, pointed out that there were many routes leading out of the French countryside. He could have escaped to Italy or even Croatia, where he could easily start anew.

There are many theories as to where Dupont de Ligonnès might be hiding. Since he knew enough English and Spanish to get by, one theory is that he fled to Latin America on a cargo ship. Another theory suggests he underwent plastic surgery and has been living in Scotland all this time. 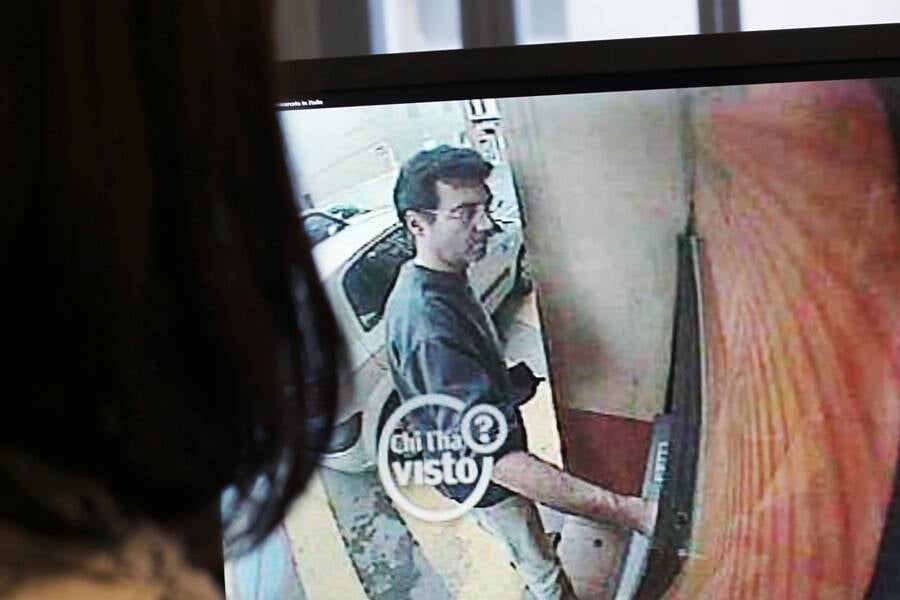 Thomas Coex/AFP via Getty ImagesOne of the last clear images captured of Xavier Dupont de Ligonnès after the murders. Many believe he’s living a new life outside of France.

Since 2011, the year of the Dupont de Ligonnès murders, the French police have received over 900 possible sightings of Xavier, some of them within French borders.

In 2018, investigators searched a monastery in the village of Roquebrune-sur-Argens after receiving a tip about a monk. But after a thorough investigation, it turned out the monk was just an unfortunate doppelgänger.

A year later, police detained another man who had allegedly used a fake passport at an airport in Glasgow, Scotland, but the man turned out to be another lookalike.

Meanwhile, there have been other hints that Dupont de Ligonnès was still around. In 2015, a French journalist received a picture of his sons, Arthur and Benoît. There was also a handwritten note purportedly from Dupont de Ligonnès that read: “I am still alive. From then until this hour.” But the source of the letter was never confirmed.

“The problem in this case is that Xavier Dupont de Ligonnès looks a bit like everybody else, with no strong features,” said Jean-Marc Bloch, a retired police investigator who was familiar with the case.

“He’s of average height. Physically, he doesn’t stand out. He’s physically normal. And there’s nothing worse in this situation than physically normal people because they both stay unnoticed and they draw too much attention.”

Since the launch of the Unsolved Mysteries series, the police have received 20 new credible tips from viewers about the cases featured on the show.

One of the most recent tips received after the launch of the series was from an eyewitness who claimed to have seen Dupont de Ligonnès in America, on Lake Shore Drive in Chicago. The witness even sent in a photo they took of the alleged suspect. A producer on the show admitted that the person in the photo looked quite a bit like the Frenchman.

Whether this sighting gives way to a new lead or not, perhaps one day a tip will lead authorities straight to Xavier Dupont de Ligonnès. But for now, no one can say for sure where he went.

After reading about Xavier Dupont De Ligonnès, take a look at other “Unsolved Mysteries” like the unexplained rooftop death of Rey Rivera and the famous Berkshire UFO incident that shook a rural town of Massachusetts.