The palace was razed by the Spaniards for materials and used to create a new home for Cortés nearby. 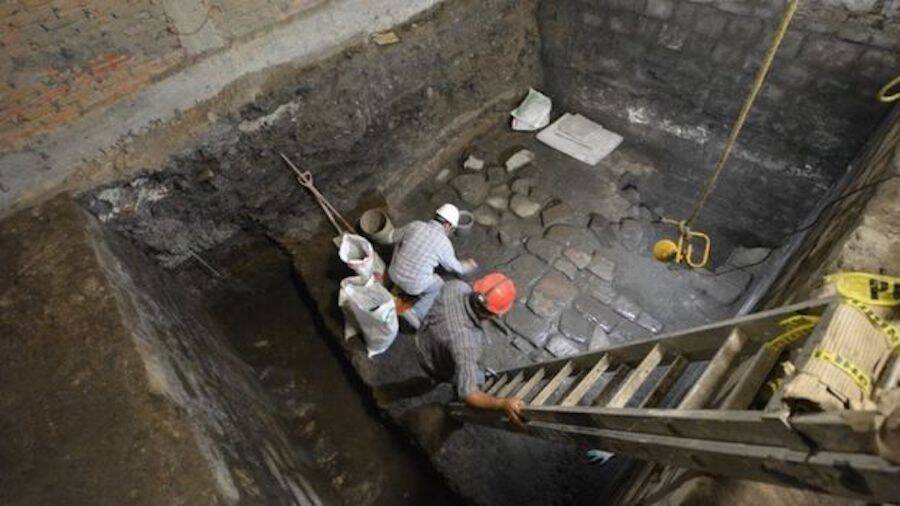 INAHArchaeologists believe they found the floor of the palace’s main courtyard.

The historic Nacional Monte de Piedad building in Mexico City appears to cover much more than low-interest pawn loans to those in need. As it turns out, the building actually stands on the remains of an Aztec palace.

According to USA Today, the discovery occurred during an inspection by Mexico’s National Institute of Anthropology and History (INAH). Experts found basalt slabs on the property that they now believe to be part of the palace’s main courtyard, which later became home to Spanish conquistador Hernán Cortés.

In addition to the sheer architectural wonder of the find, the discovery provides a historic glimpse into a world long gone and insight into how the empire changed as the Spanish infiltrated it.

“They [the Spaniards] remodeled a room to celebrate mass, and right there, they also held various rulers captive,” said INAH in a statement. “Starting with their distinguished host: Moctezuma Xocoyotzin.”

The palace was constructed for the Aztec ruler Axayáctl, who oversaw the capital city of Tenochtitlan from 1469 to 1481. Axayáctl’s son was Moctezuma II, one of the empire’s last rulers who was killed in 1520. 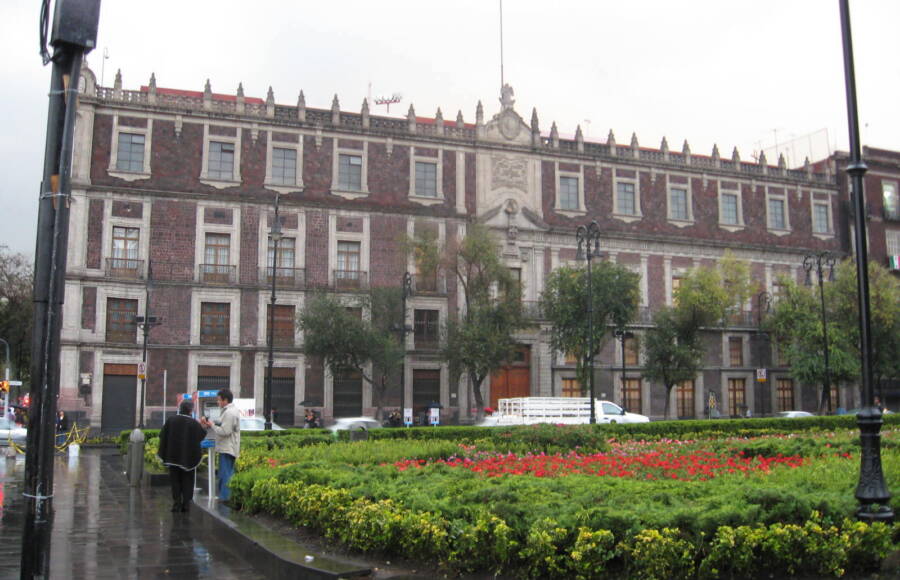 Wikimedia CommonsThe Nacional Monte de Piedad was built in the 1770s and has since become a charity, pawn shop, and loan provider.

Though archaeologists had previously identified parts of the palace over the last two decades, the recent discovery of the building’s foundation was a milestone.

“Given its characteristics, the specialists deduced that it was part of an open space in the former Palace of Axayáctl, probably a courtyard,” the INAH statement continued. “While in that palace, numerous events took place,” including perhaps the death of Moctezuma himself.

The basalt slabs were first found in September 2017 as officials were making preliminary efforts to refurbish the Nacional Monte de Piedad. The entire following year was essentially spent on unearthing the rest of the foundation to assess and authenticate these remnants.

In addition to the palace, experts found the remains of a house built by Cortés after the fall of Tenochtitlan in 1521. The Spanish ruthlessly ordered the Aztecs to destroy their temples and palaces upon taking control, while using the same materials to build entirely new structures — like this house.

Footage of the dig site within the Nacional Monte de Piedad, showing part of the former palace’s hidden courtyard.

“These premises, like so many other structures of the Sacred Precinct of Tenochtitlan, were destroyed by the Spanish and their indigenous allies, almost to their foundations,” INAH explained.

The institute added that the conquistador and his troops inhabited the new home for numerous years. It even became the first seat of their new government in 1525.

Excavations in Mexico continue to astound experts in the region. Recently, pre-hispanic sweat lodges used by the Mexica people to worship deities were unearthed in Mexico City.

Ultimately, these discoveries show how history can vanish in a blink — and resurface just as suddenly centuries later.

Next, check out what scientists think killed the Aztecs. Then, discover why someone is targeting Mexico’s butterfly conservationists.