"Something strange is happening, because they're finishing off all the activists, the people who are doing something for society." 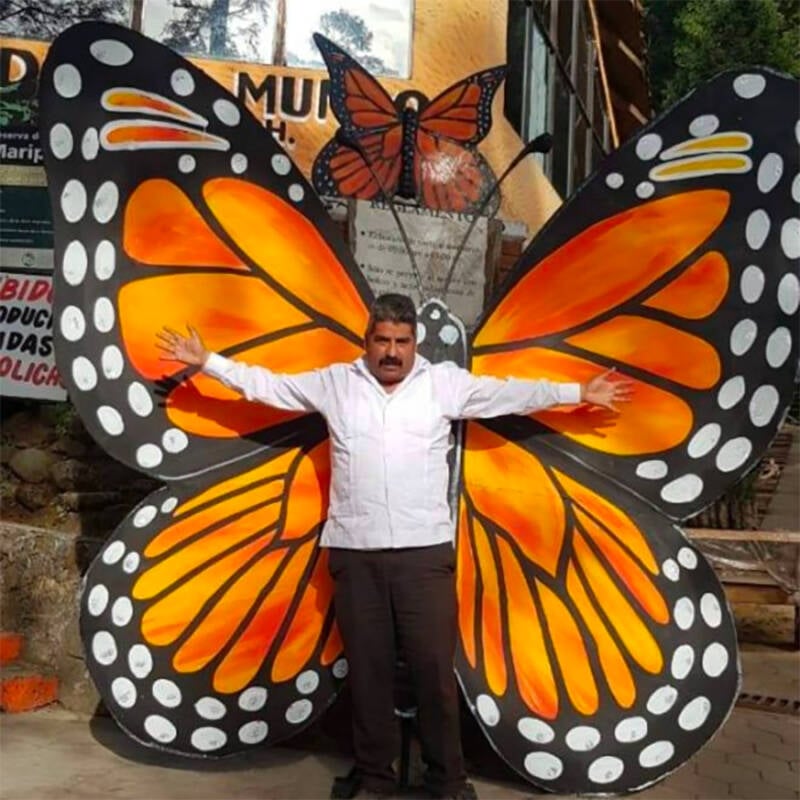 Last week, police discovered the dead body of Homero Gómez González, a local politician and environmental conservationist, inside a well near the prominent Monarch Butterfly Biosphere Reserve where he worked in Mexico. The death shocked locals and fellow activists who are convinced that González’s death was no accident.

Now, a week later, another body connected to the butterfly reserve has been uncovered. The second body has been identified as that of Raúl Hernández Romero, a part-time tour guide who brought visiting tourists along the grounds of the sanctuary. Hernández Romero was last seen by his wife when he left for work on Monday. When Hernández Romero failed to return home after work, his wife reported him missing to the police.

Local authorities were already in the midst of searching for another missing person: Homero Gómez González, who had been missing for two weeks before his body was discovered last week in a well near the butterfly reserve. An autopsy of Gómez’s body found signs of torture, leading authorities to consider affixation by submersion — in other words, drowning — as a probable cause of death.

Gómez, who was head of the butterfly sanctuary’s management council, spent the majority of his career as an outspoken advocate against illegal logging in Mexico’s forest region of Michoacan, where millions of monarch butterflies migrate over 3,400 miles every winter from North America. The remarkable phenomenon turns the Mexican hillside into a haven for the orange-and-black butterflies and has long attracted biologists and tourists alike to the region.

Gómez, a former commissioner, and other community leaders promoted annual tourism spurred by the migratory butterflies as a sustainable revenue source for the community. He led demonstrations, marches, and local anti-logging patrols to keep the loggers at bay, and managed to push for the replanting of 370 acres which had previously been cleared to grow crops. In 2008, the Monarch Butterfly Biosphere Reserve was officially named a UNESCO World Heritage Site.

“It’s been a fight to maintain it,” Gómez had told the Washington Post just weeks before his death. “And it hasn’t been easy.”

Although officials have so far stated there has been no evidence of a conspiratorial murder, the discovery of Hernández Romero’s body, who is also connected to the butterfly sanctuary, has convinced many that their deaths are related to the growing clashes between conservationists and illegal loggers.

“Something strange is happening, because they’re finishing off all the activists, the people who are doing something for society,” Gómez’s brother, Amado Gomez, said during his funeral which was attended by hundreds of farmers and agricultural workers.

“I would like to ask the authorities to do their job and do more to protect activists like my brother, because lately in Mexico a lot of activists have died,” Gomez said. “With his death, not only my family lost a loved one; but the whole world, and the monarch butterfly and the forests lost, too.”

“We condemn the fact that defending the land, natural resources and biodiversity converts activists into targets for threats, persecution and the cowardly act of taking their lives,” the group stated. Concern over the violence which environmentalists are often subjected to has become a larger concern for international organizations. In Mexico, there were 15 reported killings of environmental activists in 2017, and another 14 in 2018. 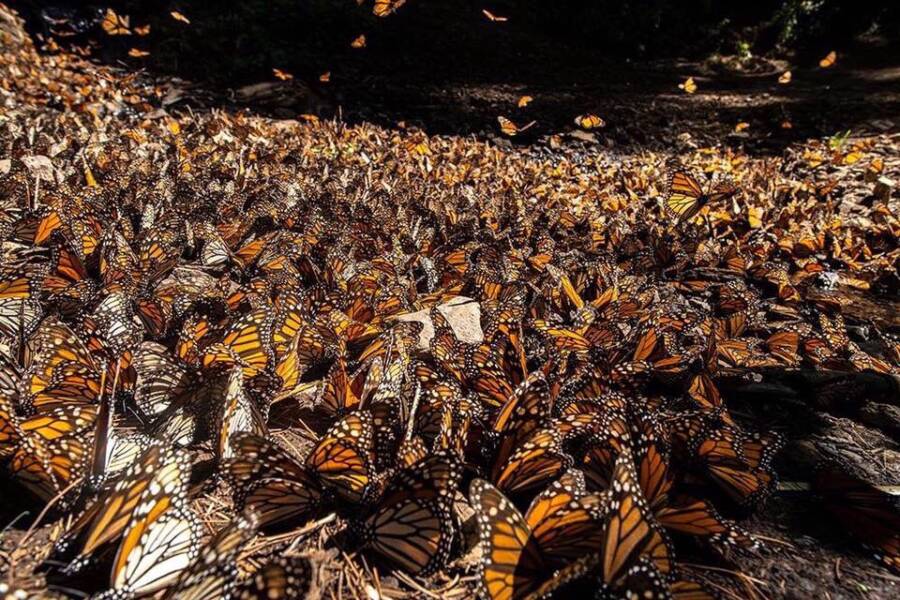 Homero Gómez/TwitterMillions of monarch butterflies migrate to Mexico during the winter, spawning an unbelievable natural phenomenon.

Last year, according to a report by Amnesty International, there had been 12 murders in the first nine months alone. Mexican President Andrés Manuel López Obrador acknowledged the longstanding issue of violence against activists and described Gómez’s death as “regrettable” and “painful.”

“It’s part of what leads us to apply ourselves more every day to guarantee peace and tranquility in the country,” López Obrador said.

But it’s not just happening in Mexico. A study published last year in the journal Nature Sustainability found that the number of environmental activism-related homicides had increased worldwide with at least 1,558 people murdered in 50 countries in recent decades.

According to the paper, which looked at data compiled from the watchdog Global Witness, Comissão Pastoral da Terra (Pastoral Land Commission, Brazil), The Guardian newspaper in the U.K., and other sources, only 10 percent of these murder cases resulted in a conviction, compared to a 43 percent average conviction rate for global homicides.

“The toll is unbelievable,” said Nathalie Butt, the study’s co-author and a researcher at Australia’s University of Queensland. “Conflict over resources is the issue, but it is corruption that is the problem.” Researchers found government corruption to be the biggest factor that allowed these murders to occur without much repercussion.

As investigations into the murders of the two butterfly conservationists in Mexico move forward, let’s hope that those responsible are brought to justice before more environmental activists meet similar, horrific ends.

Next, discover the world’s most beautiful butterflies. Then, meet some of the scariest insects on Earth.