In the below video from Seinfeld, Elaine tries to get her boyfriend to change his first name from Joel to something else. His given name is Joel Rifkin, which is the same as that of a noted New York-area serial killer who terrorized the city in the 1990s. Apparently, the fictional Joel really likes his name and the pair can’t come up with a solution to his dilemma.

At one point, Elaine suggests “O.J.” as a replacement, which is sadly ironic since this episode aired before the now-famous murders of Nicole Brown Simpson and Ronald Goldman.

In real life, Joel Rifkin’s early years could have been worse. His parents were unwed college students who gave him up for adoption shortly after his birth on January 20, 1959. Three weeks later, Bernard and Jeanne Rifkin adopted young Joel.

Six years later, the family moved to East Meadow, Long Island, a busy suburb of New York City. The neighborhood back then was filled with middle- and upper-income families who took pride in their homes. Rifkin’s father was a structural engineer who made plenty of money and sat on the board of trustees of the local library system.

Unfortunately, Rifkin had trouble fitting into his school life. His slumping posture and slow gait made him a target for bullies and he was given the nickname “Turtle.” His peers frequently excluded Joel from sports activities. 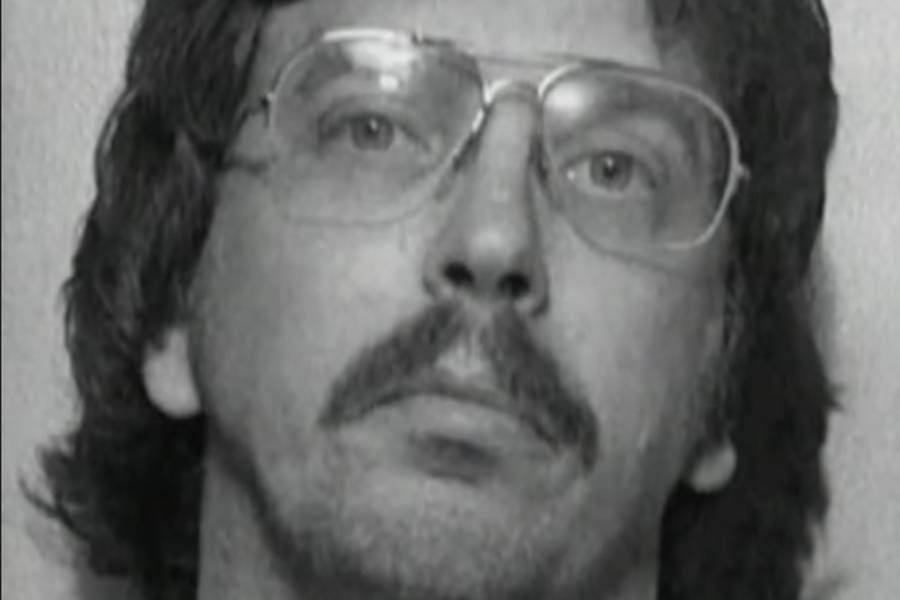 YouTubeJoel Rifkin as an adult.

Academically, Joel Rifkin struggled because he had dyslexia. Unfortunately, no one diagnosed him with a learning disability so they could get him help. His peers simply assumed Joel lacked intelligence, which was not the case. Rifkin had an IQ of 128 — he just didn’t have the tools he needed to learn.

Even in non-sports activities in high school, his peers tortured him psychologically. His yearbook camera was stolen shortly after joining the yearbook staff. Rather than rely on friends or family for comfort, the teen began to isolate himself.

Joel Rifkin’s obsession with the 1972 Alfred Hitchcock film Frenzy led to his own twisted obsession. He fantasized about strangling prostitutes, and that fantasy turned into a real-life murder spree in the early 1990s.

Rifkin was a smart kid. He attended college but then moved from school to school from 1977 to 1984 due to bad grades. He didn’t focus on his studies, and his undiagnosed dyslexia didn’t help. Instead, he turned to prostitutes. He skipped class and his part-time jobs to find solace in the one thing that he obsessed about.

He eventually ran out of money, and in 1989, his violent thoughts boiled over. Joel Rifkin murdered his first victim — a woman named Susie — in March 1989 by bludgeoning her to death. He dismembered her body and dumped it in various places in New Jersey and New York. 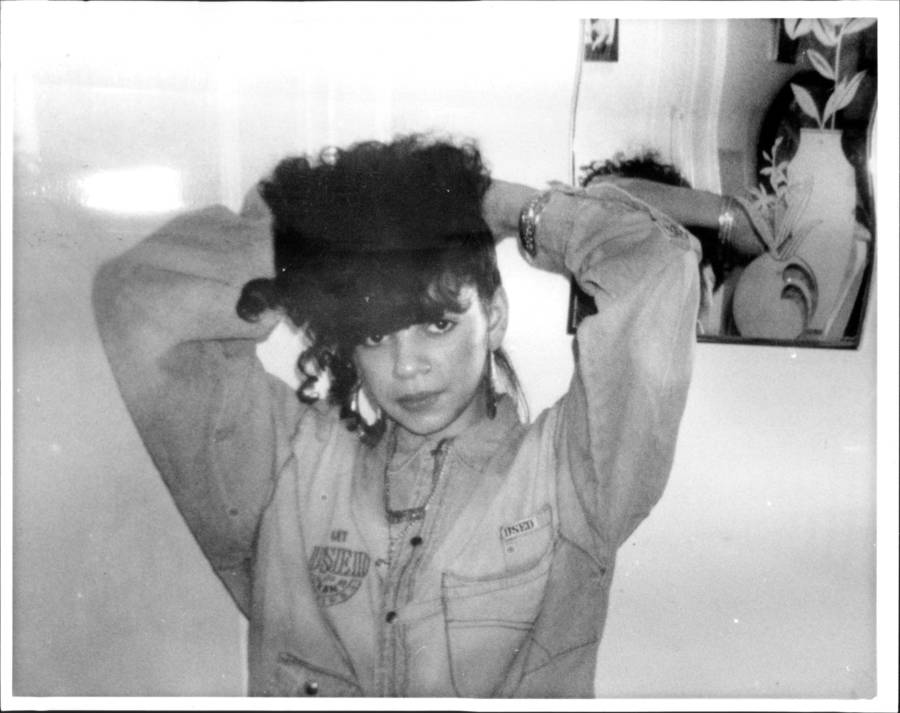 Someone found Susie’s head, but they couldn’t identify her or her killer. Rifkin got away with murder and it made him even more brazen in the future. One year later, the serial killer took his next victim, cut up her body, put her parts in buckets, and then covered them with concrete before lowering the buckets into New York’s East River.

In 1991, Joel Rifkin started his own landscaping business. He used it as a front to dispose of more bodies. By the summer of 1993, Rifkin had killed 17 women who were either drug addicts or prostitutes

His final victim was Joel Rifkin’s undoing. Rifkin strangled Tiffany Bresciani and then drove the body back to his mother’s home to find a tarp and rope. At his home, Rifkin placed the wrapped body in a wheelbarrow in the garage where it festered for three days in the summer heat. He was on his way to dump the corpse when state troopers noticed his truck lacked a rear license plate. Instead of pulling over, Rifkin led authorities on a high-speed chase.

When the troopers pulled him over, they noticed the rancid smell and quickly found Bresciani’s corpse in the back of the truck. Rifkin then confessed to 17 murders. A judge sentenced Rifkin to 203 years in prison. He will be eligible for parole in 2197 at the tender young age of 238. At a sentencing hearing in 1996, the serial killer apologized for the killings and admitted that he is a monster. 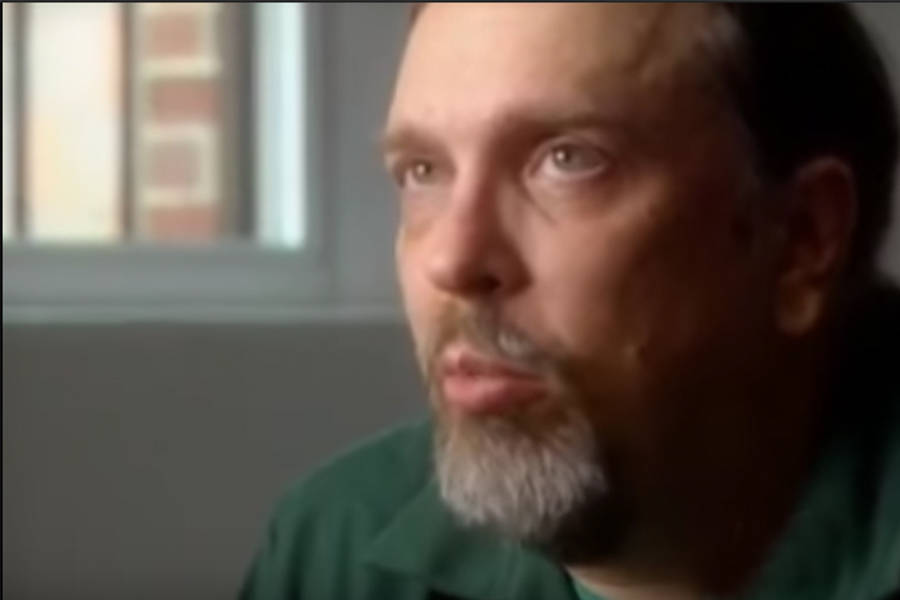 YouTubeJoel Rifkin in an interview from prison.

A look inside Rifkin’s mind is telling as to how he managed to kill 17 women. In a 2011 interview, Rifkin said, “You think of people as things.”

He also said he couldn’t stop what he was doing and did extensive research on how to dispose of bodies to get rid of evidence. Rifkin chose prostitutes to kill because they live on the margins of society and they travel a lot.

Sadly, like his victims, no one missed Joel Rifkin’s presence in school or sympathized with his academic troubles. No one thought that the lonely kid would turn into a serial killer. Perhaps Rifkin’s life would have turned out differently if someone recognized that he had difficulty reading instead of having mental problems.

After learning about serial killer Joel Rifkin, read the story of how Ted Bundy helped catch cold-blooded serial killer Gary Ridgeway. Then, check out four of the most terrifying serial killer teens.