In November 1967, John "Chickie" Donohue snuck into Vietnam and braved actual firefights — just so he could bring his army buddies from back home some cold beers. 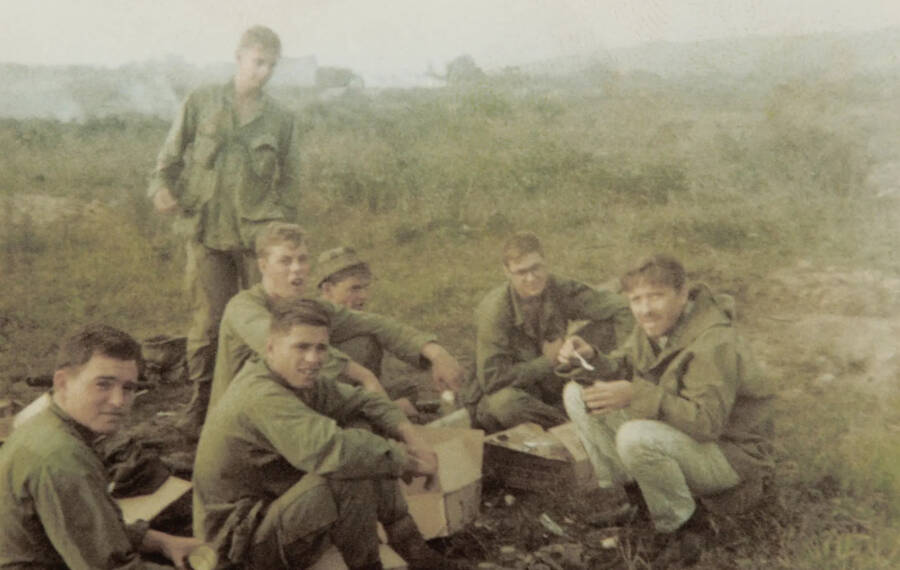 John “Chickie” Donohue served four years in the Marines but had missed the war. He had only ever been to Vietnam twice as a merchant seaman, but knew dozens of soldiers risking their lives overseas. Offended by the anti-war protests in his city, the New Yorker decided to return to Vietnam — to bring the troops cold beer.

It began on a winter night in November 1967. Donohue was having a drink at Doc Fiddler’s on 275 Sherman Avenue in his native Inwood neighborhood when news coverage of demonstrators in Central Park blared on the television. Patrons denounced them as naive idealists, while bartender George Lynch hatched a plan.

“Somebody ought to go over to ‘Nam, track down our boys from the neighborhood, and bring them each a beer!” Lynch said.

As detailed in his book The Greatest Beer Run Ever, A Memoir Of Friendship, Loyalty And War, Donohue set out on an ambitious four-month odyssey that spanned more than 8,000 seafaring miles. From New York City to Qui Nhon, he was armed with nothing but a list of names — and a trove of beer clanking below deck.

John Donohue was born in New York City in 1941. He was raised in the northern Manhattan neighborhood of Inwood which was largely populated by Irish-Americans such as himself at the time. He spent his youth running around town with friends Tommy Collins and Rick Duggan. 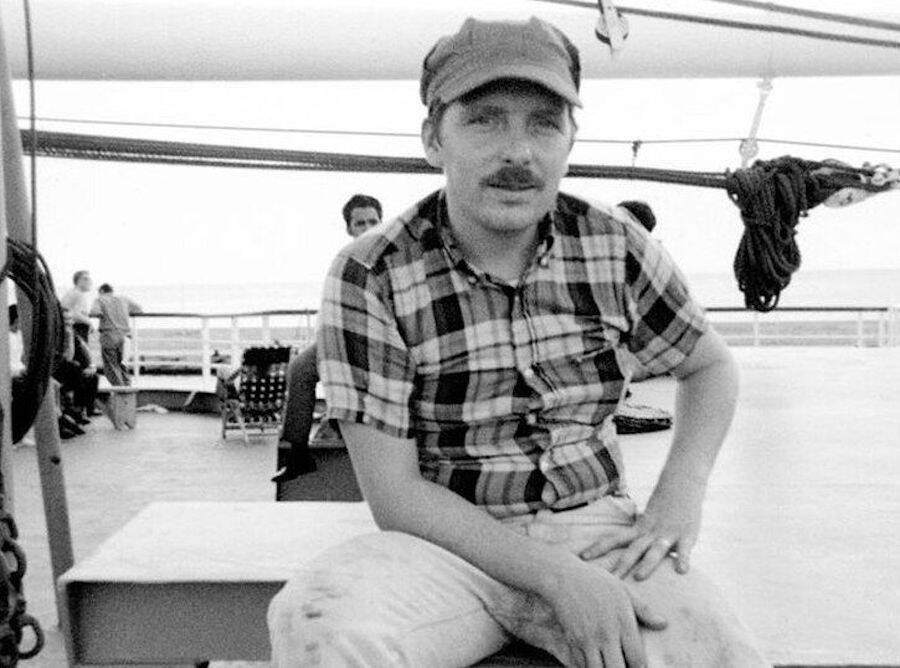 Rick DugganDonohue on the Drake Victory.

Donohue enlisted in the Marine Corps when he came of age. He learned how to handle weapons but never experienced combat. A marine merchant after that, he used his seaman’s identification card that confirmed he could handle ammo to deliver supplies to Vietnam. But at the height of the war in 1967, he felt useless.

Donohue knew at least 28 people from his Inwood neighborhood who had died in Vietnam and felt the rabid demonstrations against the war disrespected their sacrifice. Sitting at Doc Fiddler’s, he couldn’t help but feel Lynch’s suggestion of a globe-spanning beer run was worthwhile. After all, those soldiers could die in the blink of an eye.

“They were like my kid brother’s age, but I knew them,” said Donohue. “I grew up in the same houses. But I’ll tell you what really provoked my trip. The demonstration in Central Park. The protesters would carry a Vietcong flag. They would chant murderers, baby killers, all this other stuff.”

Lynch, the bartender at Doc Fiddler’s, had only made Private First Class but was a patriot through and through, who organized local Memorial Day and Independence Day parades. He even erected a flagpole on the corner of Sherman Avenue. Known as the “Colonel,” he asked Donohue for his seaman’s card — when Donohue decided to deliver the beer himself.

The word spread like wildfire. Tommy Collins’ mother gave Donohue $100 to bring to her son, but Donohue rejected the cash and focused on the mission. He resourcefully found a job as an oiler on the Drake Victory, which was about to haul ammo to Vietnam. With a bag full of beer, Donohue took to the sea.

The Greatest Beer Run Ever

Donohue arrived In January 1968 after two months at sea. Most soldiers thought he was in intelligence, as he was dressed in a plaid shirt and corduroy pants. He set course for Duggan who was fighting in Khe Sanh as a specialist in the Army First Air Cavalry Division, and told anyone inquiring that he was Duggan’s stepbrother. 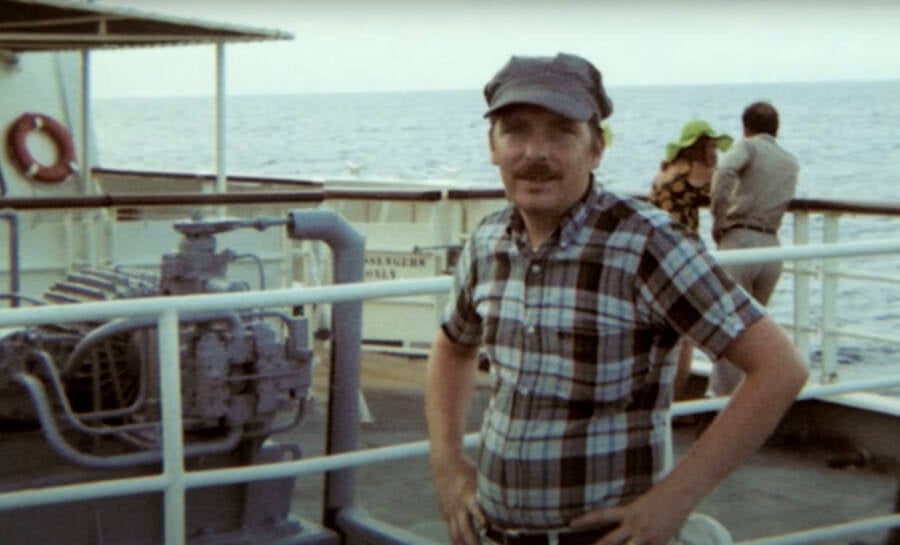 “It took two months to get there, so I drank all the beer,” said Donohue.

After restocking the payload of PBR and Schlitz, he embarked on a string of U.S. military convoys, planes, and helicopters to Khe Sanh. Donohue let low-ranking soldiers in on his mission and found them eager to help while mentioning they’d love a cold beer, themselves. He wisely kept quiet around high-ranking officers.

“‘If I told you the truth, you would not believe me,'” he said. “The longer I was there, I became aware that they’re deferring to me and they didn’t stop me. And I knew the lingo from being in the Marines. So it just worked.”

Tommy Collins was the first friend on Donohue’s list to encounter the casually dressed civilian. “‘What the hell are you doing here?'” Collins recalled saying. “He’s in a combat zone, and here he is walking around like he’s going on a golf outing or wherever the hell he’s going.”

Donohue forged ahead to find Duggan. He had hitched a helicopter ride to a northern outpost in the Qang Tri when he did — and also found the province under attack by the North Vietnamese Army.

“Chickie! Holy s**t! What the hell are you doing here?!” Duggan said. Donohue casually replied: “I brought you some great beer from New York. 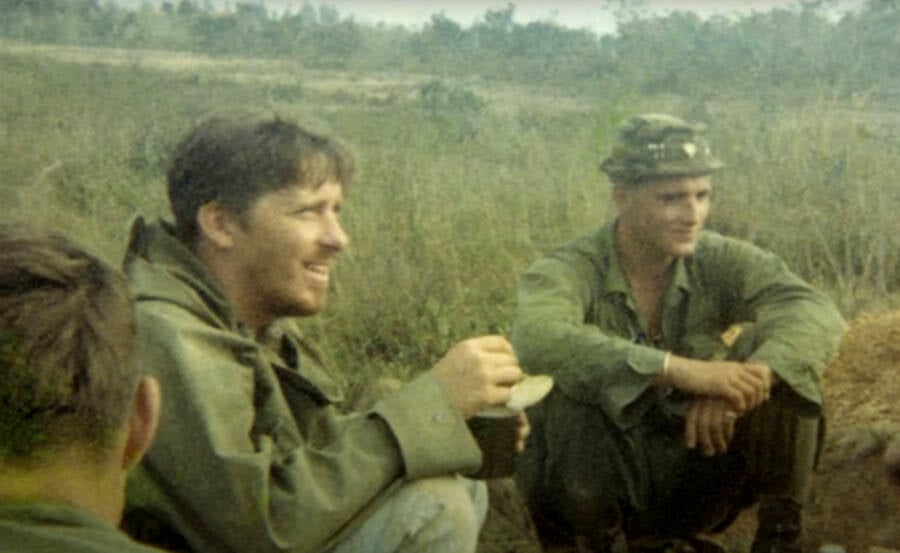 When enemy troops began firing, Duggan threw Donohue an M97 grenade launcher. When the dust settled, Donohue watched as Duggan and two others on his list “popped the cans open and … took their first sip of beer in a while.”

It was the perfect moment for Donohue to tell Duggan his mom wanted him to attend mass.

Donohue had only found four of the six men he intended to find, as one had died during his beer run and another was sent home with malaria. He shared news of Jefferson Airplane’s new album and NFL coach Vince Lombardi retiring — before a chorus of bewildered soldiers he met reminded Donohue to head back.

“Wait a minute,” one soldier said. “You’re telling me you don’t have to be here and you’re here?”

Donohue trekked to Saigon a few weeks later to catch a flight to Manila to board his ship back to New York. The Vietcong had overrun Saigon as part of the Tet Offensive, however, and were gunning people down in front of the U.S. embassy. Remarkably, the unarmed civilian made it out alive — and back to Doc Fiddler’s.

“The Colonel, who never drank on duty, poured himself and everyone else a beer and raised it,” said Donohue. “‘To Chickie,’ he said, ‘who brought our boys beer, respect, pride — and love, goddamn it.'”

Donohue returned a changed man and found himself agreeing with the Vietnam war protests he had admonished just a couple of months earlier. He realized the state department had lied about winning the war, and wanted his friends to return home safely. Fortunately, all four of them did — and have beers with Donohue to this day.

“He came through at a time when society didn’t want us and the protesters were on us,” said Collins. “But that’s Chickie. He’s one of the nicest but craziest guys you ever want to meet.”

After learning about John “Chickie” Donohue, take a look at 33 photos of the My Lai Massacre war crime. Then, learn about veteran suicides in the last decade eclipsing American troop casualties in Vietnam.