The Story Behind The Llullaillaco Maiden, A 500-Year-Old Victim Of Incan Child Sacrifice

Also known as La Doncella, the Llullaillaco Maiden was discovered at the summit of an Andean volcano in 1999 — approximately five centuries after she was ritually sacrificed by the Inca. 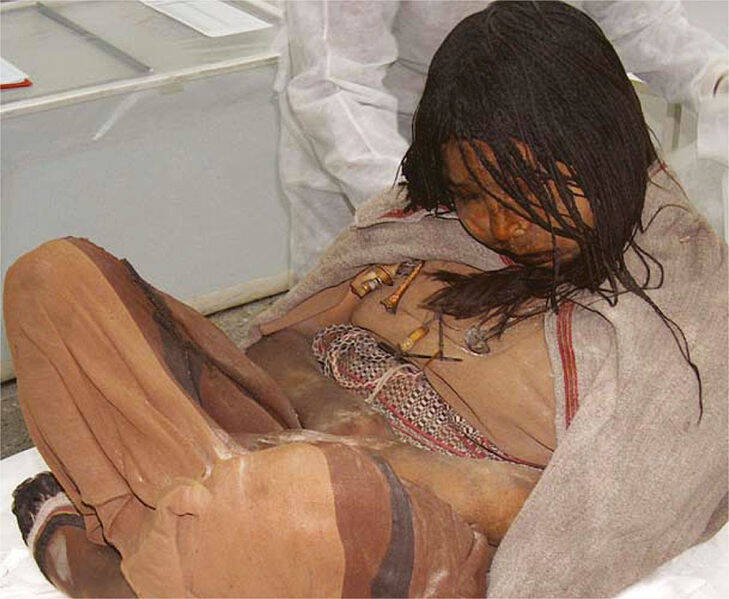 Discovered at the border of Chile and Argentina by scientists in 1999, the 500-year-old Inca girl known as the Llullaillaco Maiden was is one of three Inca children who were sacrificed as part of a practice known as capacocha or qhapaq hucha.

Considered to be the best-preserved bodies from the Inca period, the so-called Children of Llullaillaco sit on display in a museum in Salta, Argentina, as a grim reminder of the country’s violent past. And, as subsequent discoveries proved, the 500-year-old Inca girl and two other children were plied with drugs and alcohol before they were killed — which can either be viewed as abusive or merciful, depending on your point of view.

This is the sad but true story of the Llullaillaco Maiden and her two companions — who are now and will remain forever young.

The Short Life of the Llullaillaco Maiden

The Llullaillaco Maiden probably had a name, but that name has been lost to time. While it’s unclear precisely what year lived — or what year she died — what’s clear is that she was somewhere between the ages of 11 and 13 when she was sacrificed.

What’s more, she lived during the height of the Inca Empire, in the late 15th to early 16th century. As one of the best-known pre-Colombian empires of the Americas, the Inca arose in the Andes Mountains of what is today known as Peru.

According to National Geographic, scientists tested her hair to find out more about her — what she ate, what she drank, and how the 500-year-old Inca girl lived. The tests yielded interesting results. What they revealed was that the Llullaillaco Maiden was most likely selected for sacrifice about a year before her actual death, which explains why her simple diet was suddenly switched to one filled with maize and llama meat.

The tests also revealed that the young girl increased her consumption of both alcohol and coca — the root plant that, today, is processed for cocaine. The Incans likely believed allowed her to communicate more effectively with the gods.

“We suspect the Maiden was one of the acllas, or chosen women, selected around the time of puberty to live away from her familiar society under the guidance of priestesses,” said archaeologist Andrew Wilson of the University of Bradford.

The Lives Of The Children of Llullaillaco

Though the Incan impact on South American society continues to be felt to this day, the actual reign of the empire was short-lived. The first sign of the Incans appeared in 1100 A.D., and the last of the Incas were conquered by the Spanish colonialist Francisco Pizarro in 1533, for a grand total of about 433 years of existence.

Nevertheless, their presence was greatly documented by their Spanish conquerors, mostly because of their practice of child sacrifice.

The Llullaillaco Maiden’s discovery was striking to Westerners, but the reality is that she was actually one of many children that were sacrificed in the Mesoamerican and South American regions. Child sacrifice, in fact, was common amongst the Incans, the Mayans, the Olmecs, the Aztecs, and the Teotihuacan cultures.

And while each culture had its own reasons for sacrificing children — and the ages of the children varied from infancy to early teenage years — its main driving factor was the placating of various gods.

In the Incan culture, child sacrifice — capacocha in Spanish, and qhapaq hucha the native Quechua language of the Incans — was a ritual performed often to stave off natural disaster (such as famine or earthquakes), or to document important milestones in the life of a Sapa Inca (a chieftain). The mentality behind the qhapaq hucha was that the Inca were sending off their best specimens to the gods. 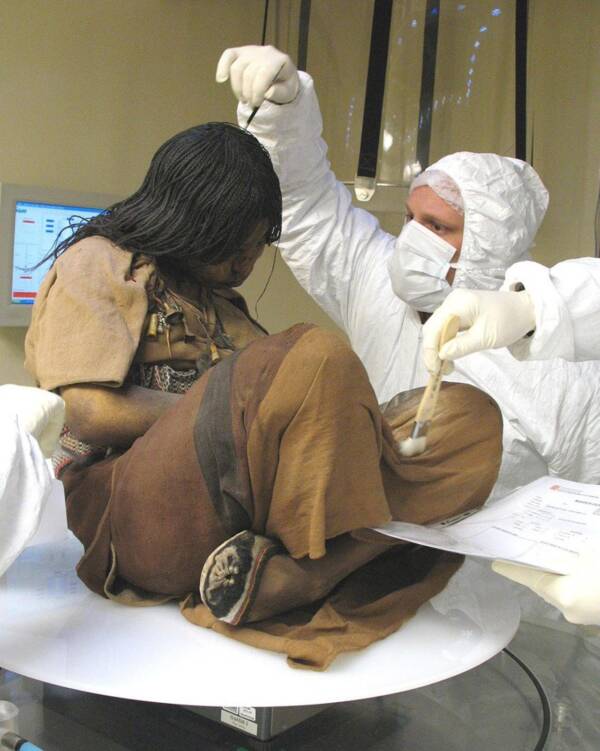 Facebook/Momias de Llullaillaco Scientists analyzed the remains of the Children of Llullaillaco and found that they had been fed large amounts of alcohol and coca leaves.

In 1999, Johan Reinhard of the National Geographic Society went with his team of researchers to the Volcán Llullaillaco in Argentina to search for Incan sacrificial sites. In their travels, they encountered the bodies of the Llullaillaco Maiden and two other children — a boy and a girl — who were around four or five years old.

But it was the “maiden” who was most prized by the Incas, mostly because of her “virginal” status. “From what we know of the Spanish chronicles, particularly attractive or gifted women were chosen. The Incas actually had someone who went out to find these young women and they were taken from their families,” said Dr. Emma Brown of the University of Bradford, who was part of the team of researchers who analyzed the bodies when they were extracted.

And an analysis of how the children died yielded another interesting result: They weren’t violently killed. Rather, the researchers discovered, the Llullaillaco Maiden died “rather peacefully.”

There were no outward signs of fear — the 500-year-old Inca girl didn’t vomit or defecate in the shrine — and the peaceful look on her face suggested that her death wasn’t painful, at least toward the end.

Charles Stanish, of the University of California at Los Angeles (UCLA), has a different theory of why the Llullaillaco Maiden didn’t look pained: because the drugs and alcohol numbed her to her fate. “Some would say that within this cultural context, this was a humane action,” he said.

Regardless of whether her sacrifice was peaceful or violent, the excavation of the Llullaillaco Maiden and her companions raised some controversy amongst the indigenous population of Argentina. Rogelio Guanuco, the leader of the Indigenous Association of Argentina (AIRA), said that indigenous cultures in the area forbid exhumation and that displaying the children in a museum puts them on exhibition “as if in a circus.”

Despite their protestations, the Llullaillaco Maiden and her companions were moved to the Museum of High Altitude Archaeology, a museum dedicated entirely to the display of the mummies, in Salta, Argentina in 2007, where they remain on display to this day.

Now that you’ve read the heartbreaking story of the Llullaillaco Maiden, read all about the Inca ice maiden, which is considered the best-preserved mummy in human history. Then, read all about the Nazi’s ‘invincible’ battleship, the Bismarck, which sank just eight days into its maiden mission.