Who Is Jon Brower Minnoch, The Heaviest Person In History?

Suffering from a condition that caused his body to accumulate excessive amounts of fluid, Jon Brower Minnoch weighed up to 1,400 pounds and died at just 41 years old.

Though most Guinness World Records get broken over time, there is one that has remained unbroken for the last 40 years. In March of 1978, Jon Brower Minnoch was awarded the world record for being the heaviest person in the world after weighing in at 1,400 pounds. 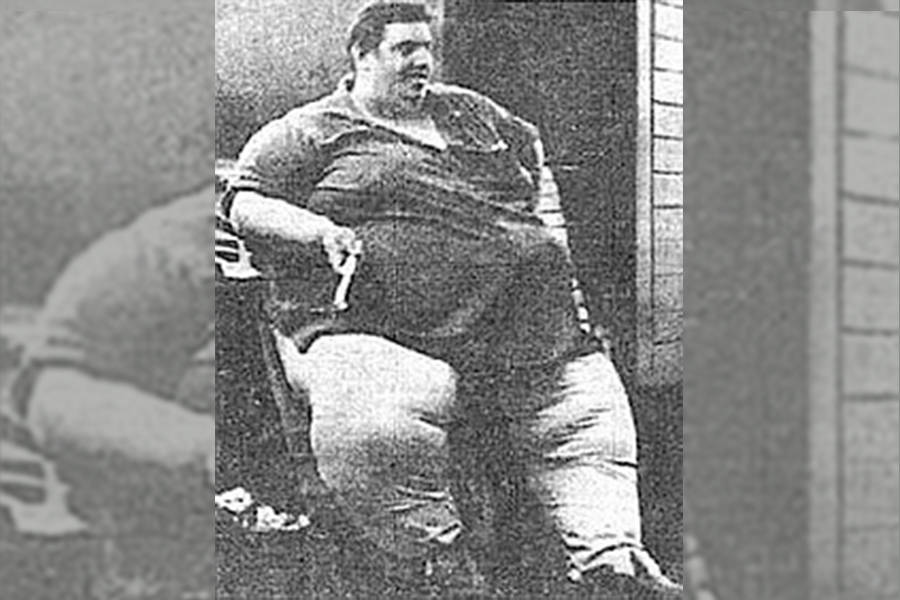 By the time Jon Brower Minnoch hit his teen years, his parents realized he was going to be a large man.

At the age of 12, he weighed 294 pounds, almost 100 pounds more than a newborn elephant. Ten years later, he put on another hundred pounds and was now over six feet tall. By 25, he reached nearly 700 pounds, and ten years later weighed 975 pounds.

Despite weighing roughly the same as a polar bear, Minnoch was still not at a record-setting weight.

Born in Bainbridge Island, Washington, Jon Brower Minnoch had been obese throughout his childhood, though it wasn’t until his weight started rapidly increasing that doctors began to notice how big his problem was. Along with the massive amount of extra weight he was carrying, Minnoch was beginning to experience complications related to his weight, such as congestive heart failure and edema.

In 1978, he was admitted to the University Hospital in Seattle, for cardiac failure as a result of his weight. It had taken more than a dozen firemen and one specially modified stretcher to even get him to the hospital. Once there it took 13 nurses to get him into a special bed, which was essentially two hospital beds pushed together. 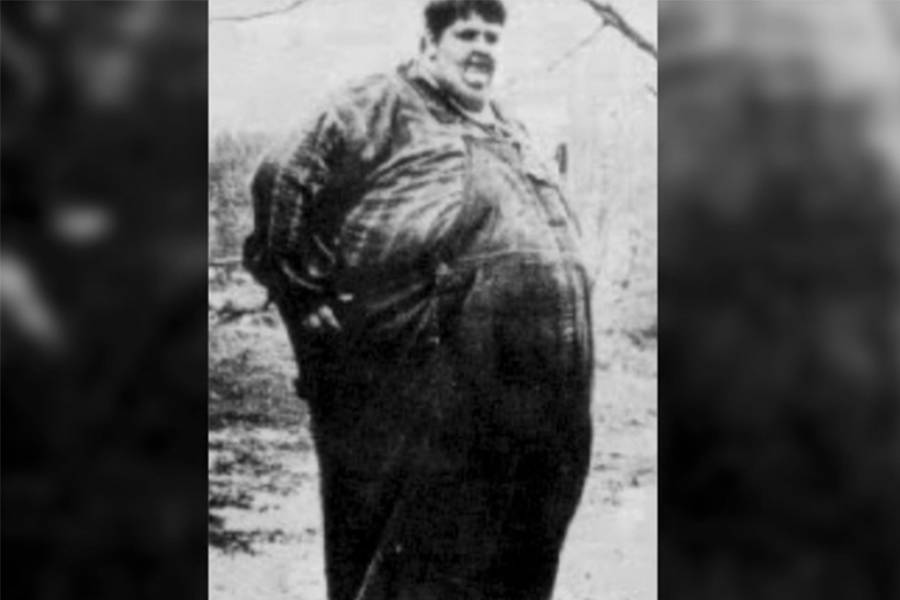 While in the hospital, his doctor theorized that Jon Brower Minnoch had reached roughly 1,400 pounds, an estimation at best, as Minnoch’s size prevented him from being properly weighed. Additionally, they theorized that roughly 900 of his 1,400 pounds were the result of excess fluid buildup.

Shocked by his massive size, the doctor immediately put him on a strict diet, limiting his food intake to 1,200 calories a day maximum. For a while, the diet was successful and within a year, he had shed more than 924 pounds, down to 476. At the time, it was the largest human weight loss ever documented.

However, four years later, he was back to 796, having put back on roughly half of his weight loss.

Despite his extreme size, and his yo-yo dieting, Jon Brower Minnoch’s life was relatively normal. In 1978, when he broke the record for highest weight, he married a woman named Jeannette and broke another record – the world record for the greatest difference in weight between a married couple. In contrast to his 1,400-pound weight, his wife weighed just over 110 pounds.

The couple went on to have two children.

Unfortunately, due to complications from his size, his large life was also a short one. Just shy of his 42nd birthday and weighing 798 pounds, Jon Brower Minnoch passed away. Due to his weight, his edema had proved almost impossible to treat and eventually was responsible for his demise.

However, his larger-than-life legacy lives on, as for the past 40 years no one has been able to surpass his gigantic record. A man in Mexico has come close, weighing in at 1,320 pounds, but so far, Jon Brower Minnoch remains the heaviest man who ever lived.

After learning about Jon Brower Minnoch, the heaviest man in history, check out these crazy human records. Then, read about the incredibly short life of Robert Wadlow, the world’s tallest man.