Inside The Wild Myths And Legends Surrounding Rasputin’s Penis

Grigori Rasputin's penis was allegedly cut off after his 1916 murder, then later pickled and placed inside a jar that was put on display in a St. Petersburg museum. 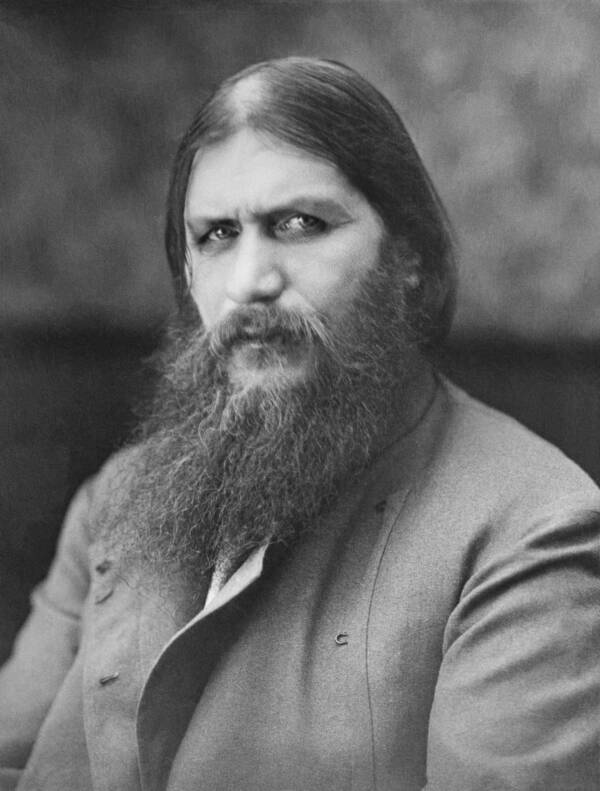 To this day, Grigori Rasputin remains nothing short of a legend. But despite all the myths and tall tales surrounding the “Mad Monk” of Tsarist Russia, there’s one thing that holds a particularly large place in this story: the fabled fate of Rasputin’s penis.

According to one legend, Rasputin’s penis was cut off after his death and shared between his devotees. Others believe a cult of Russian expats literally worshipped the severed organ in hopes that its power would rub off on them and grant them fertility. However, the reality of its fate was likely a good deal less salacious.

From where it ended up to its reportedly enormous size, here is everything we know about Rasputin’s penis.

Before trying to understand what happened to Rasputin’s penis, it’s important to understand why it was such a key part of his history in the first place. Though known as a monk, he didn’t exactly belong to an order that practiced things like temperance and abstinence.

Instead, Rasputin was rumored to be part of a sect known as the khlysts, or khlysti. According to Encyclopedia Britannica, the underground Orthodox Christian sect believed that one was only “nearest to God” when he reached a state of sexual exhaustion after a period of prolonged debauchery.

As one might imagine, this made Rasputin quite a hit with the ladies of Tsarist Russia — including, allegedly, with the tsar’s wife. Even long after his death, ubsubstantiated rumors about Rasputin’s affair with Tsarina Alexandra persisted and were believed to have played into the motives of the nobles who killed the “Mad Monk.”

However, as historian Douglas Smith told Town and Country magazine, it’s unlikely the two ever even slept together.

“Alexandra was quite a prudish, Victorian woman,” Smith said. “There’s no way, and no proof, that she would have looked to Rasputin for sex.”

The Legend Of Rasputin’s Penis

While the circumstances of Rasputin’s death and the fate of his penis remain the subject of debate, it’s clear that Grigori Rasputin was assassinated on Dec. 30, 1916, at the Yusupov Palace in St. Petersburg — despite his allegedly supernatural fight to survive.

“This devil who was dying of poison, who had a bullet in his heart, must have been raised from the dead by the powers of evil. There was something appalling and monstrous in his diabolical refusal to die,” Yusupov wrote in his memoirs, according to Smithsonian Magazine.

And while Rasputin ultimately died by drowning, the fate of his penis remained in flux. The first reports of the fate of the infamous mystic’s penis came in the 1920s, when a group of Russian immigrants who were living in France claimed to be in possession of his most prized possession. Kept as a religious relic of sorts, legend has it that the severed member had the power to grant fertility.

When word got back to Rasputin’s daughter Maria, according to the story, she took possession of the penis and denounced these migrants and their practices. Naturally, no tangible proof of this story exists.

Then in 1994, an American collector named Michael Augustine claimed he that he had come into possession of the penis by way of the late Maria Rasputin’s estate sale. The grotesque object was later determined to be nothing more than a dried-up sea cucumber, though.

The Real Fate Of Rasputin’s Penis 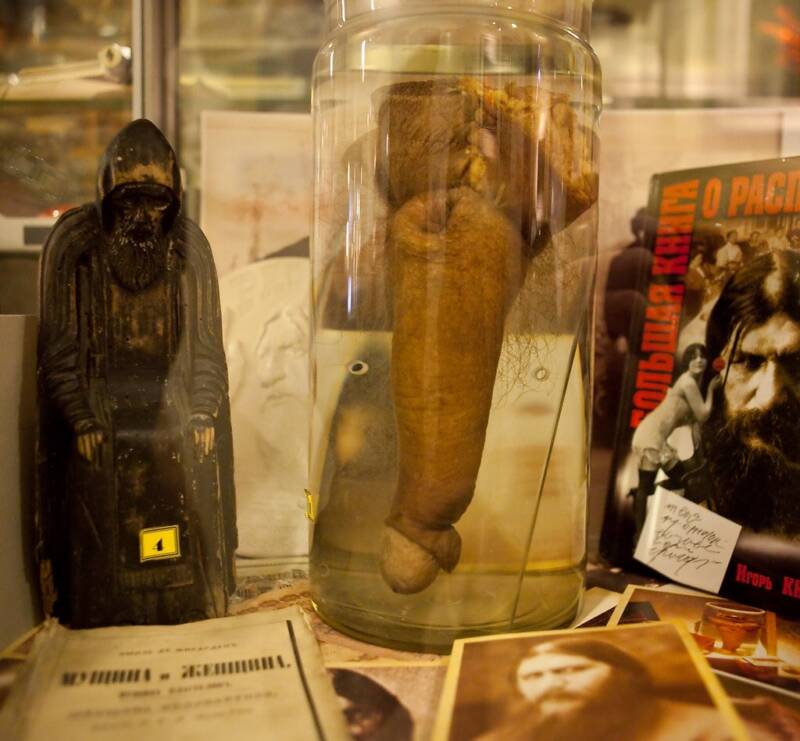 TwitterA photo taken at the St. Petersburg Museum of Erotica shows what many claim is Rasputin’s 12-inch penis.

As of 2004, there was a penis sitting in the Museum of Russian Erotica in St. Petersburg that allegedly belonged to none other than Rasputin himself. The owner of the museum claimed he paid a whopping $8,000 for the oversized member, which measures in at an impressive 12 inches. However, most experts believe that this mystery meat is really just a severed cow’s penis, or possibly a horse’s.

The real fate of Rasputin’s penis, however, is likely a lot less interesting. In 1917, an autopsy was performed on the mad monk after his body was retrieved from the river. The coroner on the case, Dmitry Kosorotov, conducted a full autopsy — and allegedly stated that while Rasputin was certainly the worse for wear after his violent murder, his penis was all in one piece.

That would mean that every other bit of genitalia out there attributed to the “Mad Monk” is nothing but fraudulent.

“Stories about Rasputin’s penis started almost immediately after his death,” said Edvard Radzinsky, an author and expert on Rasputin. “But they are all myths and legends.”

Now that you’ve read all about Rasputin’s penis, read about Michael Malloy, called the “Rasputin of the Bronx” because he was targeted for death thanks to an insurance scam — but refused to die. Then, read all about the kanamara matsuri, the Japanese penis festival that takes place every April.