Though Freya was never known to have injured anyone, officials worried she may intentionally or accidentally harm someone who got too close. 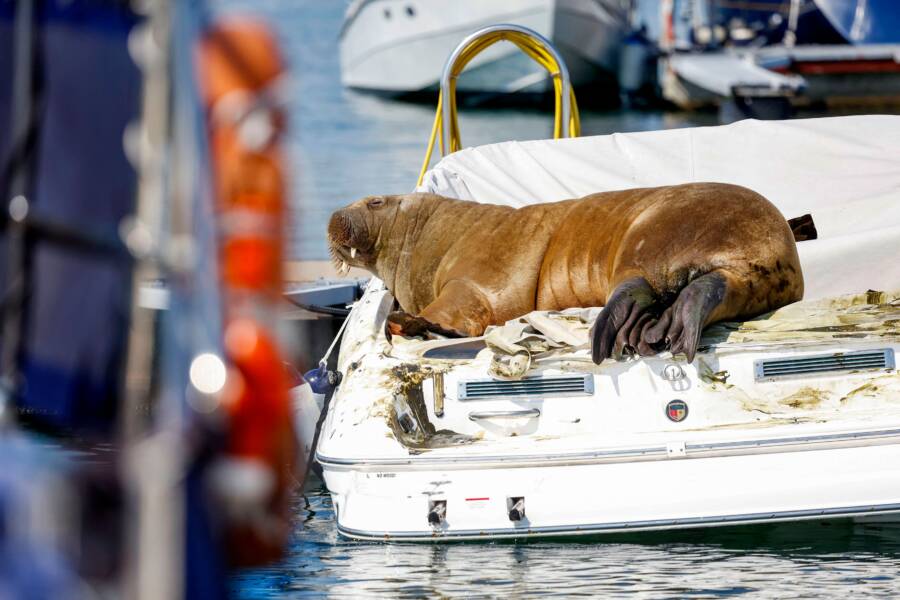 Tor Erik Schrøder/NTB/AFP via Getty ImagesPhotos of Freya blew up on social media over the summer as she hung around Oslo Fjord.

Freya, a 1,300-pound walrus, became a bit of an internet sensation this summer as photos of her lounging on boats and piers in Norway’s Oslo Fjord popped up all over social media. But on August 14, Norwegian authorities made the decision to euthanize her.

Naturally, people aren’t happy about it.

As The New York Times reported, local authorities claimed that Freya was becoming a threat to human safety.

“She chased people on paddle boards and kayaks,” said Olav Lekver, a spokesman for the Norwegian Directorate of Fisheries. “In the end, we couldn’t see any other options. She was in an area that wasn’t natural for her.”

Walruses are generally social animals who don’t like to spend time alone, which likely explains why Freya frequently hung around near people in the Fjord. But they also, Lekver said, need a fair bit of rest. People interacting with Freya had allegedly been disturbing that rest.

Lekver also expressed that the directorate had repeatedly warned people to stay away from Freya — even telling them that if they couldn’t be convinced to back off, Freya faced the prospect of being killed.

People refused to leave Freya alone, leading some news outlets to decry that Freya was “killed by her audience.”

To many, though, the decision made by the directorate was the wrong one, and their justification seems unsatisfactory.

Rune Aae, a biologist at the University of South-Eastern Norway who worked to track Freya’s movement, took to Facebook to vent his frustrations.

“Freya was killed,” he wrote, “in my opinion, too hasty a conclusion… killing her was, in my view, completely unnecessary, and another example of a trigger-happy gun management — for which Norway is already well known.” 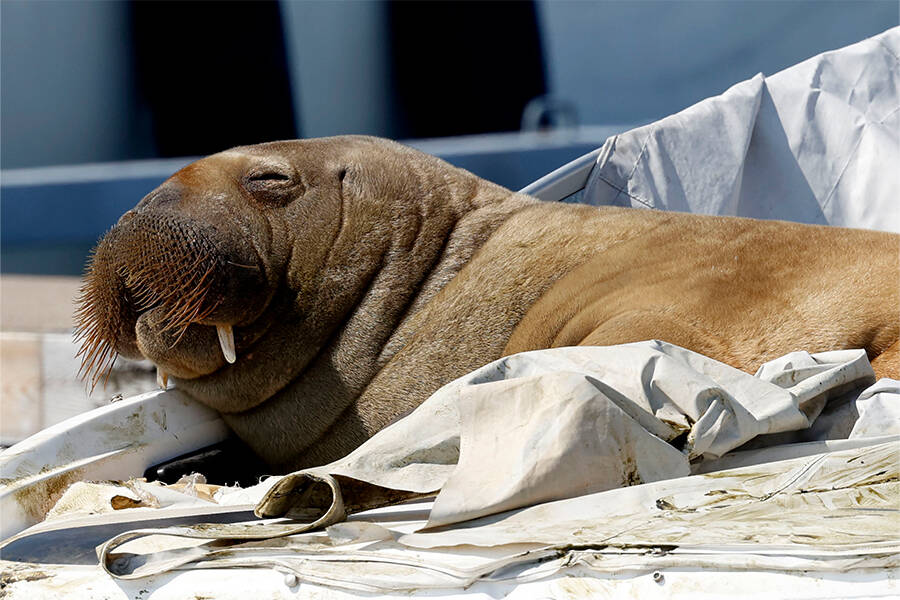 Tor Erik Schrøder/NTB/AFP via Getty ImagesAae had been tracking Freya’s movements on Google Maps to inform people where she was so they could stay away from her.

Freya had been spotted off the coasts of several European countries, including Britain, Denmark, and the Netherlands, many times over the past two years, never having shown any threat to the people who saw her.

According to the World Wide Fund for Nature, Freya was just one of nearly 225,000 walruses living in the wild. Generally, walruses live in the ice-covered waters of Canada, Greenland, Norway, Russia, and Alaska, but record high temperatures and climate change have been melting the ice caps where the animals typically lounge.

With her natural habitat melting away, Freya had instead chosen to haul herself onto the piers and boats in Oslo Fjord when she needed rest.

Though they’re social, walruses tend to shy away from people, which is why Freya garnered so much public attention — she wasn’t afraid of humans. NBC News reported that Freya had not been showing any signs of stress and in fact seemed to be curious about people.

“Actually,” Aae previously said, “I think she likes people. So that’s why she’s not leaving.” Aae was also convinced that Freya would have eventually left the area on her own, as previous experience had shown. 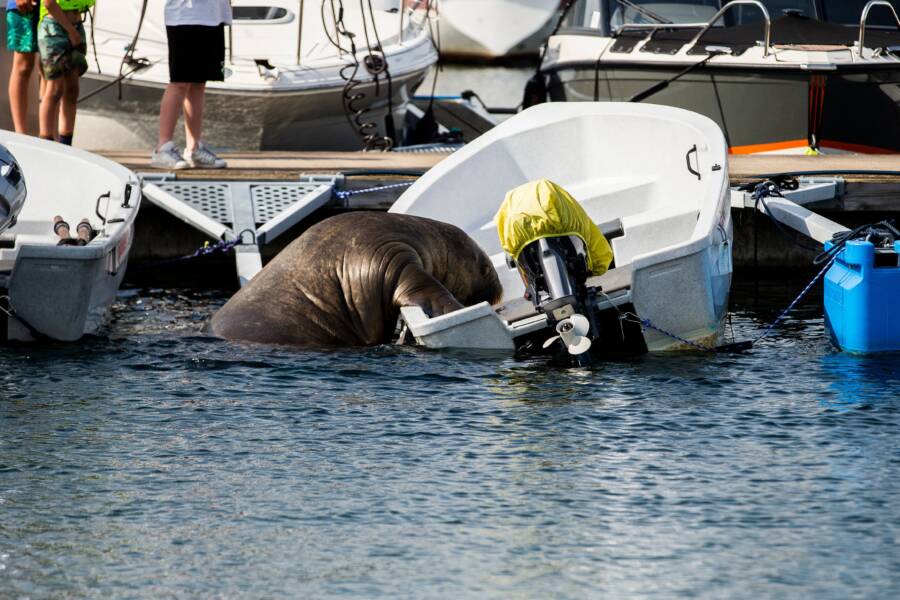 Trond Reidar Teigen/NTB/AFP via Getty ImagesIn the wake of Freya’s death, an online petition is calling for Norway to apologize and build a statue to commemorate her.

Members of the directorate said in a news release that they had previously been considering other options, including transporting Freya away from the Fjord, but “the extensive complexity of such an operation made [them] conclude that this was not a viable option.”

They feared that the gathering crowds around Freya, who took photos of her and threw objects in her direction while she slept and bathed, would eventually be injured or killed if the walrus became enraged.

“I am firm that this was the right call,” said directorate member Frank Bakke-Jensen. “We have great regard for animal welfare, but human life and safety must take precedence.”

Aae, on the other hand, has criticized the directorate for not attempting to block off the areas where Freya spent her time or trying to move her, despite concerns that she could drown if they tranquilized her. Still, he said, a failed rescue attempt would have been better than resorting to euthanasia.

“Too often we kill the animals we don’t like or can’t cope with,” Aae said. “It’s an outrage in Norway how we are treating these kinds of animals.”

After reading the sad story of Freya the walrus, learn about the walrus who fell asleep on ice and accidentally traveled thousands of miles. Or, discover these 21 other fascinating arctic animals.