From the church-sanctioned burning of cats for fun to serving up roasted lampreys as a delicacy, these medieval practices are better left in the past. 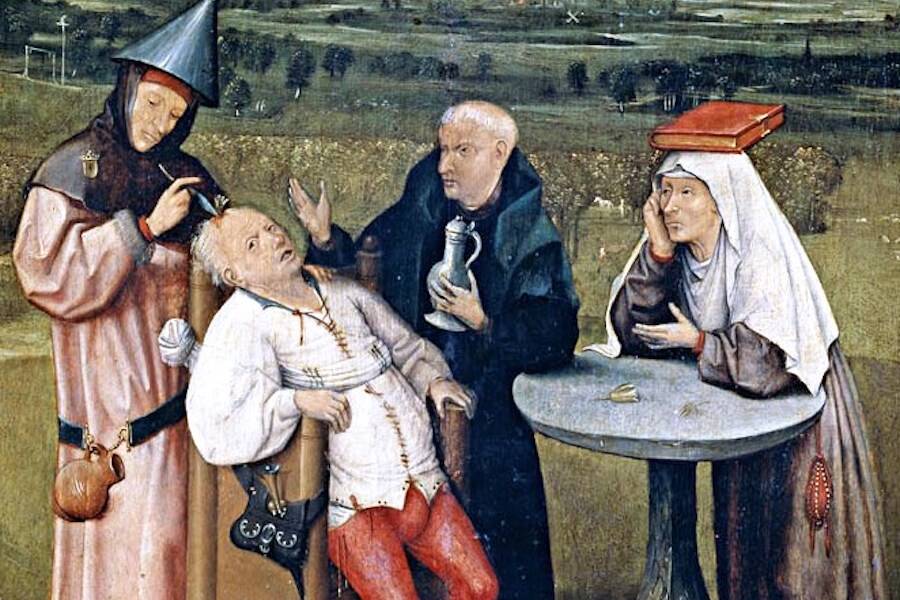 Wikimedia CommonsFrom divorce by combat to the “medical” practice of trepanation (pictured), these medieval customs will leave you thankful to live in modern times.

It can be hard to imagine just how difficult life was for people in the Middle Ages. And from today’s modern perspective, some of their most common practices seem downright sadistic. From horrific medical treatments and animal trials to vile dishes and bizarre divorce proceedings, the nine medieval customs below prove how odd the Middle Ages were — and how far we’ve come since then.

Physicians treated everything from headaches to possessions with trepanation, the practice of drilling holes in the head to let the brain “breathe.” Divorces could be handled by physical combat between spouses. And hemorrhoids were burned off the anus with glowing-red irons — or scraped off by the doctor’s unwashed fingernails.

While every historical period tends to reflect on the previous one and shudder, medieval traditions take the cake. From food and sex to science and the law, every facet of life in the Middle Ages was stranger, harder, or more disgusting than ours. And though they may seem far-fetched, these customs were quite real — and common — just a few centuries ago. 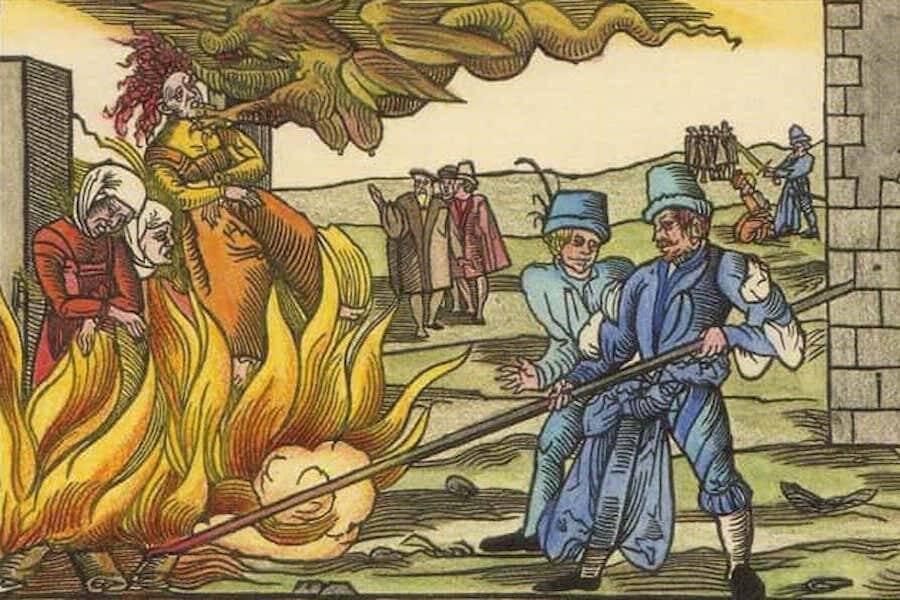 While the Ancient Egyptians worshipped cats as goddesses, medieval Europeans associated them with the devil. Christians in the Middle Ages believed God gave them dominion over Earth’s natural world. While dogs happily did their bidding, cats appeared unable to be controlled — striking terror into the hearts of men.

These anxieties even found their way into religious law when Pope Gregory IX issued a papal bull called Vox in Rama on June 13, 1233 A.D. This official decree declared that Satan himself routinely took the form of a cat — and that devil worshippers kissed the animal’s anus at Black Magic banquets to garner Lucifer’s favor.

“Of common wild cats I need not to speak much, for every hunter in England knoweth them, and their falseness and malice are well known,” wrote Edward, Duke of York, in the 1400s. “But one thing I dare well say that if any beast has the devil’s spirit in him, without doubt it is the cat, both in the wild and the tame.”

This feline phobia skyrocketed during the Bubonic Plague in the mid-14th century because it was commonly believed that cats spread the lethal bacterium rather than rats. Meanwhile, during the reign of Pope Innocent VIII in the 15th century, the entire species was excommunicated as the Church embarked on European witch crusades.

“Parisians liked to incinerate cats by the sackful, while the Courimauds (or “cour à miaud” or cat chasers) of Saint Chamond preferred to chase a flaming cat through the streets,” historian Robert Darnton writes in The Great Cat Massacre. “In parts of Burgundy and Lorraine they danced around a kind of burning May pole with a cat tied to it.”

Cat burnings across Europe continued for centuries, with scholars estimating the death toll reached into the millions. While cats were mostly incinerated, the Danish trapped them in barrels and beat them to death, and Belgians threw them off towers. Fortunately, animal cruelty laws in the 1800s ended this systemic slaughter.