A Missing Woman, A Bloody Body, And A String Of Lies: Inside The Disturbing True Story Of Joran Van Der Sloot

Joran van der Sloot was a key suspect in Natalee Holloway's disappearance from Aruba in 2005, but it took the murder of another woman, Stephany Flores, to put him behind bars.

To some, there are few figures as notorious as Joran van der Sloot. In less than a decade, the Dutch national stood accused of abducting and murdering 18-year-old Natalee Holloway in Aruba and was later found guilty of killing 21-year-old Stephany Flores in Peru. So who is he?

Though van der Sloot has now spent half his life in the public eye, he remains an elusive figure. His true motives seem to be known only to himself, and even his mother has stated that he should have been an “actor,” given how many parts he seems to play before the cameras.

That said, certain facts about Joran van der Sloot’s life are known. And perhaps, amid his lies and boasts, there are grains of truth. 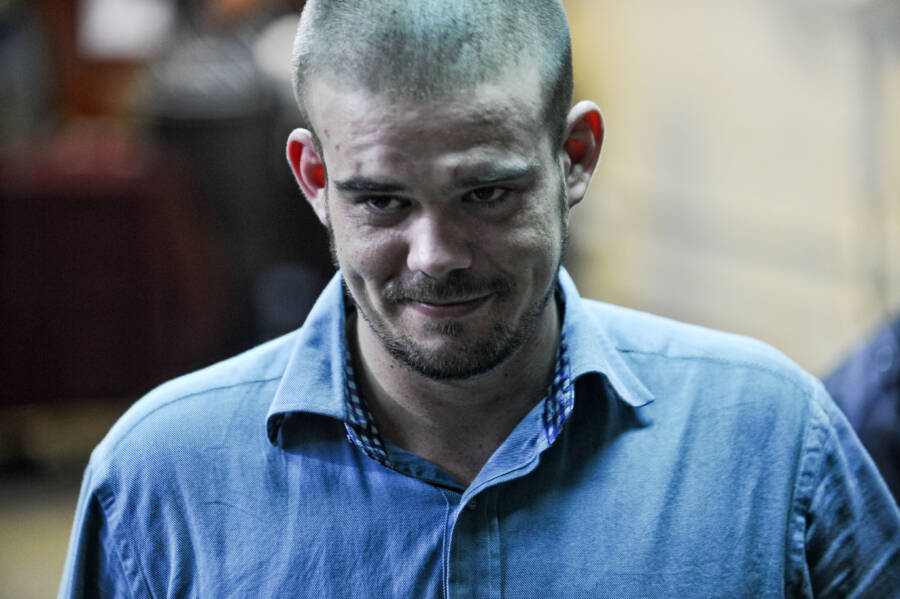 ERNESTO BENAVIDES/AFP via Getty ImagesJoran van der Sloot in 2011, after he was accused of murdering a Peruvian woman named Stephany Flores.

Born on August 6, 1987, in the Netherlands, Joran van der Sloot moved with his family to the Dutch island of Aruba at a young age. There in the Caribbean, according to both van der Sloot’s mother and former girlfriend, van der Sloot developed a worrisome habit of telling lies.

The Dutch Review reports that van der Sloot, who was once known as an honors student and a talented tennis player, was also a compulsive liar. His former girlfriend seconded this account, telling People that she actually broke up with van der Sloot because he had a “problem with lying.”

For van der Sloot’s mother, Anita, the situation was more complicated. According to an interview reported by ABC News, she described her son as a “sweet kid, who loved animals and his grandma. Happy, open.” However, she also added: “He lost his way along the way. It was gradual.”

What’s more, she also admitted in a Dutch interview reported by ABC News that though van der Sloot was not a difficult child, he had a habit of sneaking out of the house. She didn’t know it at the time, but he was going to casinos to gamble, a hobby that seemed to take up much of his time.

But by the time Joran van der Sloot was 17, he was in much worse trouble than being caught lying or gambling. Then, he became the prime suspect in the disappearance of an 18-year-old American named Natalee Holloway.

The Disappearance Of Natalee Holloway 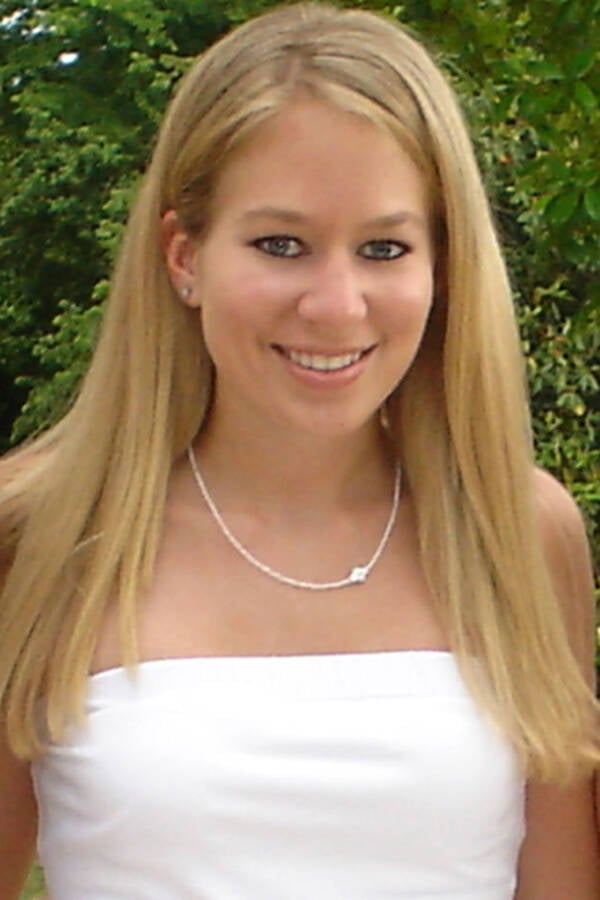 FBINatalee Holloway has never been found, and she was officially declared dead in 2012.

In the wee hours of May 30, 2005, 18-year-old Natalee Holloway was seen getting into a car with 17-year-old Joran van der Sloot and two of his friends, a pair of brothers named Deepak and Satish Kalpoe (21 and 18 years old at the time, respectively). Holloway — who was in Aruba to celebrate her high school graduation alongside her classmates — was never seen again.

As news of her disappearance spread, much of the suspicion fell on van der Sloot. E! Online reports that van der Sloot and the Kalpoe brothers maintained their innocence, claiming that they’d merely driven with Holloway to the beach to go shark-watching, then dropped her off at her hotel.

(The Kalpoe brothers would go on to change their stories on numerous occasions and were arrested multiple times in connection with the Holloway case, but they were ultimately released without being charged with anything. They reportedly still live and work in Aruba to this day.)

According to Anita van der Sloot, she and her husband Paul urged their son to be honest with the police as the investigation unfolded. Paul, Anita recalled, according to ABC News, told Joran, “If you know something, tell us, because you’re going to the police, and you tell the truth.”

While Joran van der Sloot initially insisted he had nothing to do with Holloway’s disappearance, he soon changed his story. Over the years, he made a number of statements that suggested that he had murdered her.

In 2008, Joran van der Sloot admitted on camera that he’d killed Holloway. Speaking to a convicted drug dealer who had been paid to secretly record him, van der Sloot said that he and Holloway had been having sex on a beach when she suddenly had a seizure and lost consciousness. Then, he claimed that he had a friend toss her body in the ocean.

“He went out to sea, and then he threw her out, like an old rag,” van der Sloot said, according to E! Online. At that point, the Dutch national had left Aruba and was living in the Netherlands once again.

Though van der Sloot quickly claimed that he’d only been lying to impress the drug dealer, and no further charges were levied against him in light of the tape, he continued to suggest that he’d killed the American teenager.

Indeed, as time went on, Joran van der Sloot told various sources that Holloway had died by accident, that he’d murdered her, and even that he’d sold her into sexual slavery. He even allegedly tried to extort $250,000 from Holloway’s mother by promising to lead her to Holloway’s body in 2010.

But nothing Joran van der Sloot said led to his arrest. Instead, it would take the murder of a second woman to put him behind bars.

Inside The Murder Of Stephany Flores 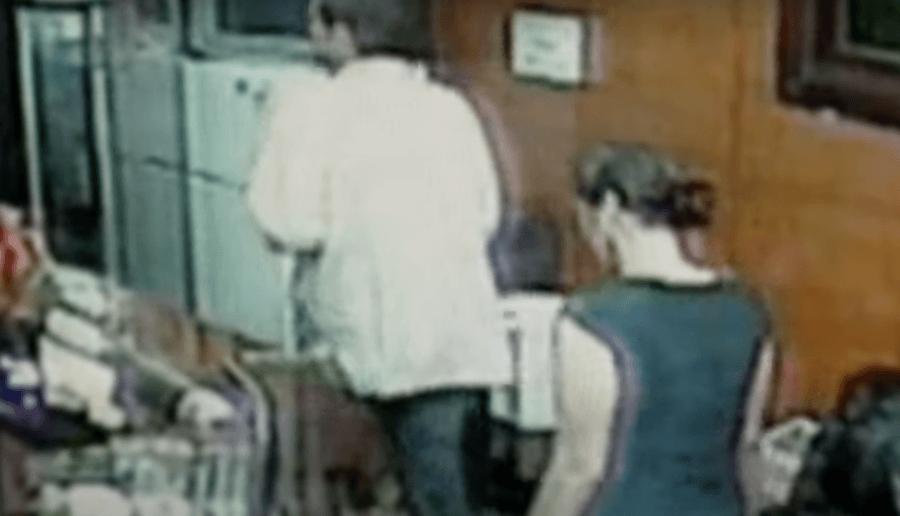 On May 30, 2010 — exactly five years after Natalee Holloway disappeared — 22-year-old Joran van der Sloot crossed paths with a 21-year-old Peruvian woman named Stephany Flores at the Atlantic City casino in Lima, Peru. According to van der Sloot’s mother, he had gone to Peru to gamble instead of getting mental health treatment in the Netherlands.

In Lima, van der Sloot met Flores and invited her to his hotel room. They walked into room 309 at the Hotel Tac together — but only van der Sloot emerged. Two days later, Flores’s badly beaten body was discovered inside.

Authorities quickly picked up van der Sloot, who had since fled to Chile. E! Online reports that van der Sloot initially maintained his innocence but confessed after four days that he had murdered Flores in a fit of rage.

According to ABC News, van der Sloot told Peruvian police that he and Flores had been playing poker in his room when a message regarding Natalee Holloway popped up on his computer. Flores became upset and “struck” him, van der Sloot said, so he hit her in the face with his elbow, grabbed her throat and hit her head against the wall, and smothered her with a shirt. In another version of van der Sloot’s story, he caught her reading about the Holloway case on his computer and lashed out because of that.

In the aftermath, however, van der Sloot retracted his confession. He claimed he’d been scared and confused, and that Peruvian authorities had promised he could be extradited to the Netherlands. But van der Sloot eventually pleaded guilty to murdering Stephany Flores — and even his mother admitted that he “could have done something” to the 21-year-old.

“I felt he had nothing to do with the disappearance of Natalee Holloway in 2005,” Anita van der Sloot said, according to NBC News. “He had left her on the beach. I still believe that… [But] Stephany, he may have killed.” 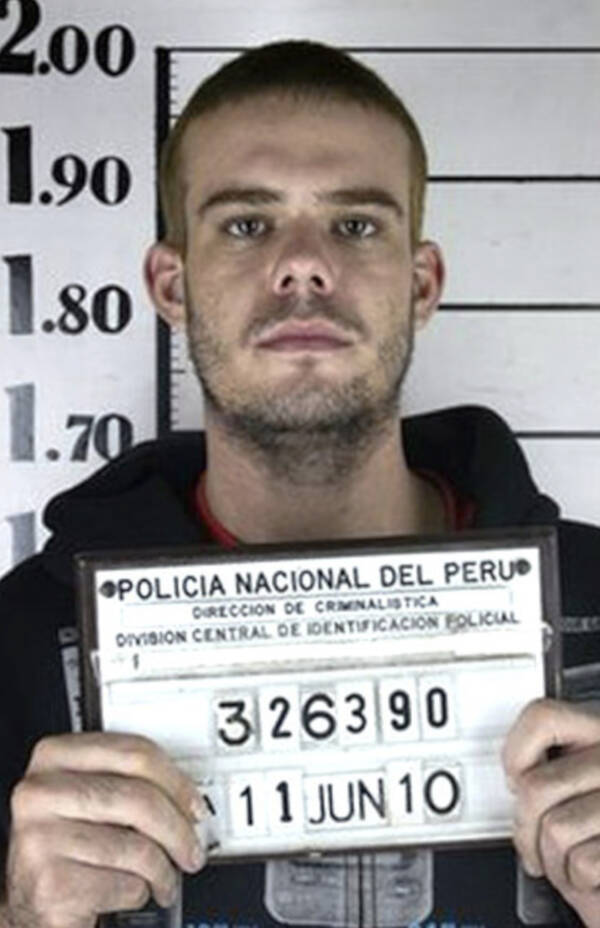 After Joran van der Sloot was found guilty of murdering Stephany Flores, he was sentenced to 28 years in prison. According to NBC News, he will likely be extradited to the United States upon his release, where he will face charges of extortion and fraud for eliciting $25,000 from Natalee Holloway’s mother in 2010 (after initially seeking $250,000 from her).

But the convicted killer has stayed busy behind bars. In 2014, he married a Peruvian woman named Leidy Figueroa, whom he met while she was visiting another inmate in the prison. Months later, the couple welcomed a child. And that same year, van der Sloot claimed that he was stabbed by his fellow inmates. However, Peruvian authorities insist he stabbed himself.

“The doctor says the prisoner presumably hurt himself because the wounds are clean, they are not the products of a clash or aggression,” said Julio Magan, vice president of Peru’s penitentiary system, according to Reuters.

For the time being, it seems that Joran van der Sloot will remain behind bars in the Challapalca prison in southern Peru. Convicted of killing Stephany Flores, and suspected of murdering Natalee Holloway, he may spend the rest of his life in prison, especially if he’s found guilty of the extortion and fraud charges in the United States. But even though his mother has decided not to visit him, she insists that Joran van der Sloot is “not a monster.”

“He can be very gentle, but it could be that he has bipolar personality,” she said in 2010, according to ABC News. “I hope he gets the help [he needs].”

After reading about Joran van der Sloot, discover the story of Amy Lynn Bradley, the 23-year-old American woman who vanished while on a Caribbean cruise. Then, look through 11 mysterious disappearances.