Joseph Martinez is locally known as "Jupiter Joe," a street astronomer who sets up his telescope on subway platforms and sidewalks and offers free lessons to children. 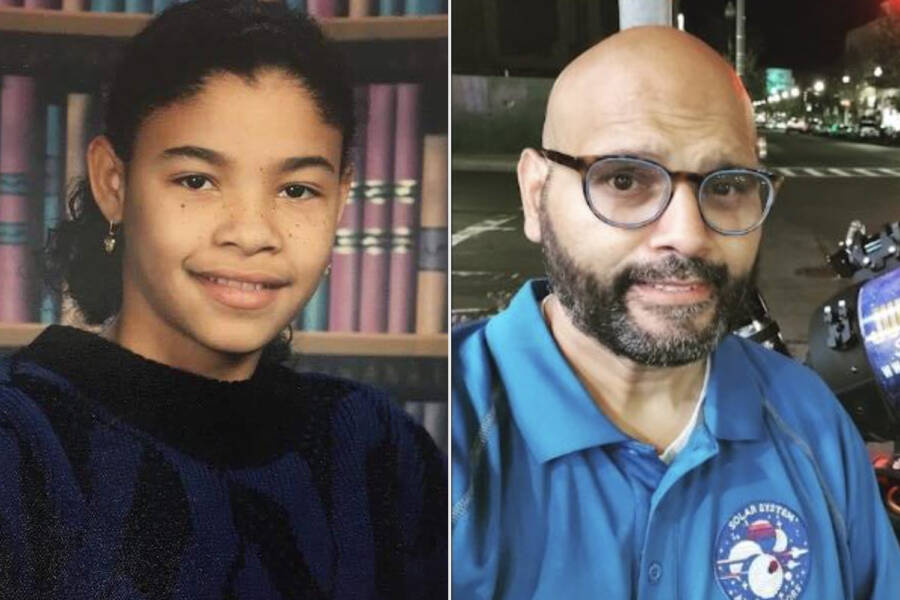 Left: NYPD Handout; Right: Jupiter Joe’s Sidewalk Astronomy/FacebookLeft: Minerliz Soriano, who was found strangled to death in a dumpster in 1999. Right: Joseph Martinez, who has just been charged with her murder.

Taught to reach for the stars, Minerliz “Minnie” Soriano dreamt of becoming an astronaut. The 13-year-old girl was a straight-A student who wrote poetry and sold candy in her apartment building during her spare time.

But on Feb. 24, 1999, Minnie Soriano vanished while walking home from school — only for her body to be found in a dumpster four days later after she was strangled to death.

According to People, her body was discovered behind a video rental store two miles from her home in the sprawling Bronx apartment complex of Co-op City. There were clear signs of sexual assault.

At the time, police had few leads, but they interviewed every male in her building, including 27-year-old Joseph Martinez. Still, the case turned cold for decades — until the advent of familial DNA testing saw Martinez charged in her murder.

Now 49 years old, Martinez is known locally as “Jupiter Joe,” a sidewalk astronomer who offers children and adults free lessons on the cosmos. While he denied any involvement in the crime, his DNA as collected by investigators matched the semen found on Soriano’s sweater in 1999.

For the Soriano family, justice is bittersweet. 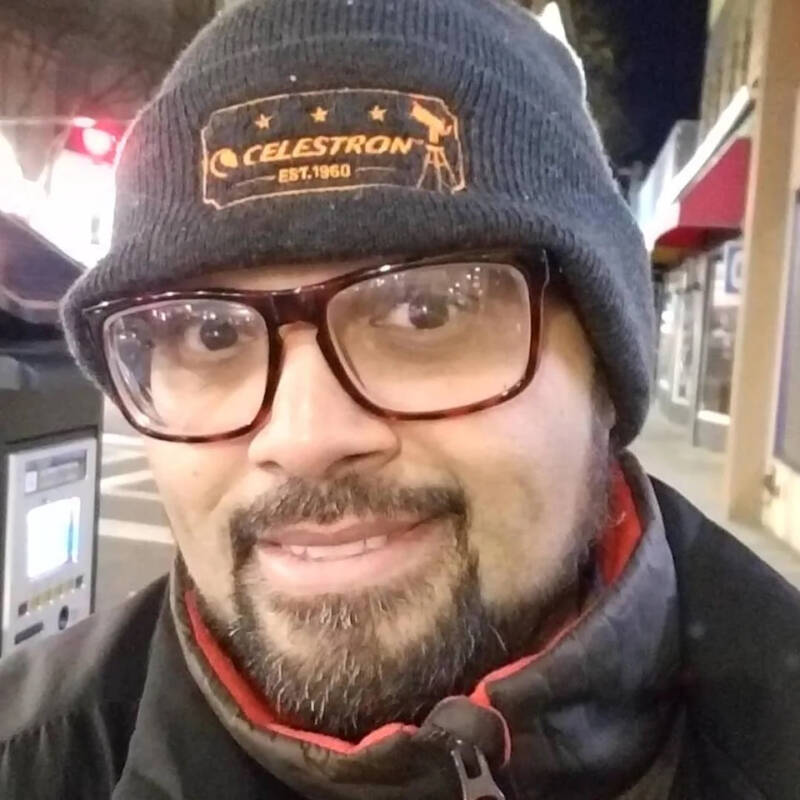 Minerliz Soriano never strayed far from home. She was a diligent, studious girl who was commonly found doing her homework in the lobby of her apartment building. According to Law and Crime, she was a passionate roller skater and loved reading romance novels. Above all, she wanted to see the stars up close.

“I used to make fun of her about it,” said Minnie’s friend Kimberly Ortiz. “I used to tell her, ‘We’re from the Bronx, we’re not going to be astronauts.'”

Ortiz and Soriano routinely walked home from their middle school together, but that fateful day in 1999 proved a tragic anomaly. Soriano left school alone and never made it home. Then, on Feb. 28, a dumpster diver discovered her body in the trash and alerted police.

“I carried a lot of guilt with me for years,” said Ortiz. “I made a promise to her in front of her casket that I would figure out who did this to her.”

While officers from the New York Police Department questioned Martinez, who was Soriano’s neighbor at the time, he was never considered an official suspect.

However, that all changed in 2021 when investigators used familial DNA testing and found that the DNA from the semen on Soriano’s sweater was a partial match to Martinez’s dead father. 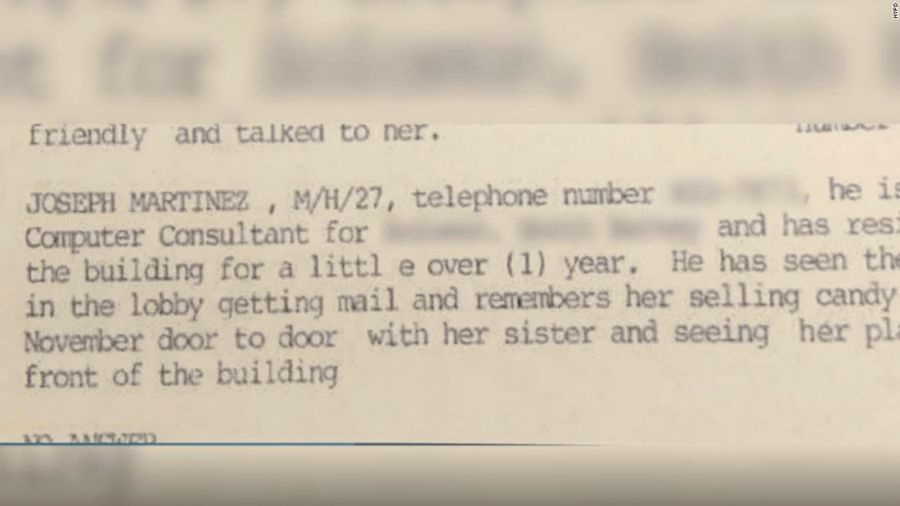 NYPDThe NYPD notes from their questioning of Joseph Martinez in 1999.

Familial DNA testing searches known offender databases for male relatives of an unknown perpetrator. With the results partially matching the DNA of Martinez’s father, it was more than likely that Martinez himself was involved. Investigators collected Martinez’s DNA in 2021 and proved their theory correct after finding an exact match.

When Martinez was arrested on Nov. 30, 2021, it became the first time that New York authorities charged somebody with a crime on the basis of familial DNA testing results.

“He had that 10-mile stare to nowhere, like, ‘How did this happen?’ He wasn’t outraged,” an anonymous NYPD source told The New York Daily News. “He wasn’t belligerent. He was not combative. He was not in denial. All hallmarks of a guilty person. His DNA puts him at the scene — and that’s a wrap.” 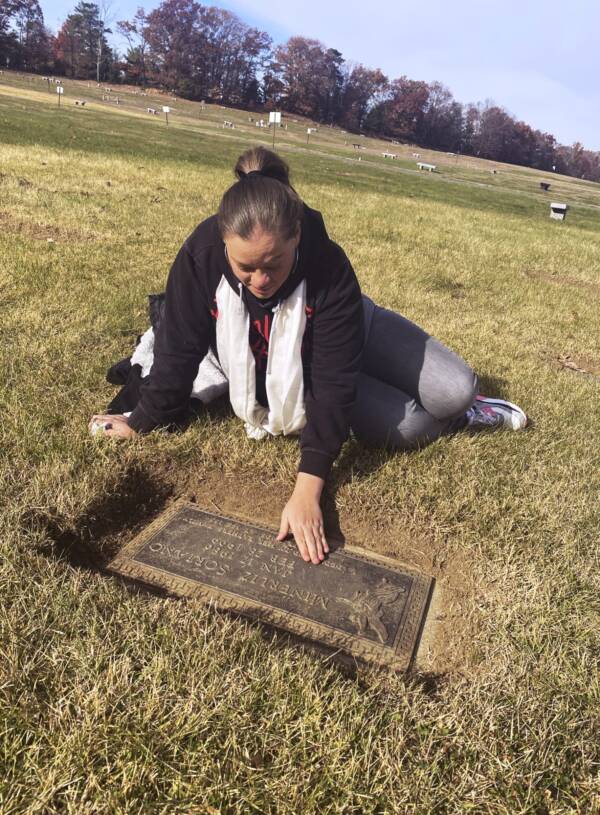 Police have charged Martinez with one count of felony murder and one count of intentional murder, although he maintains his innocence. Martinez had no criminal history until then — a point his lawyer has made sure to reiterate.

“The case is pretty unusual in that Mr. Martinez is 49 years old; he has no criminal history,” said attorney Troy A. Smith. “It’s unusual that a 49-year-old man would have his first criminal contact at this age. He denies these allegations.”

Perhaps most disturbing, Martinez frequently posted videos on YouTube where he taught New Yorkers of all ages about the stars. He expressed that his work would all be worth it if only one child was inspired into a life of science because of him.

For Soriano’s aunt, her loss and Martinez’s crimes will never make sense.

After reading about the arrest of “Jupiter Joe,” learn about the scuba-diving YouTuber who solved a 21-year-old cold case. Then, read about seven of the most haunting unsolved cold cases in history.