The Story Of Joseph Paul Franklin, The ‘Serial Sniper’ Who Went On A Killing Spree To Start A Race War

From 1977 to 1980, Joseph Paul Franklin traveled all over America to target victims who were Black or Jewish with a sniper rifle. 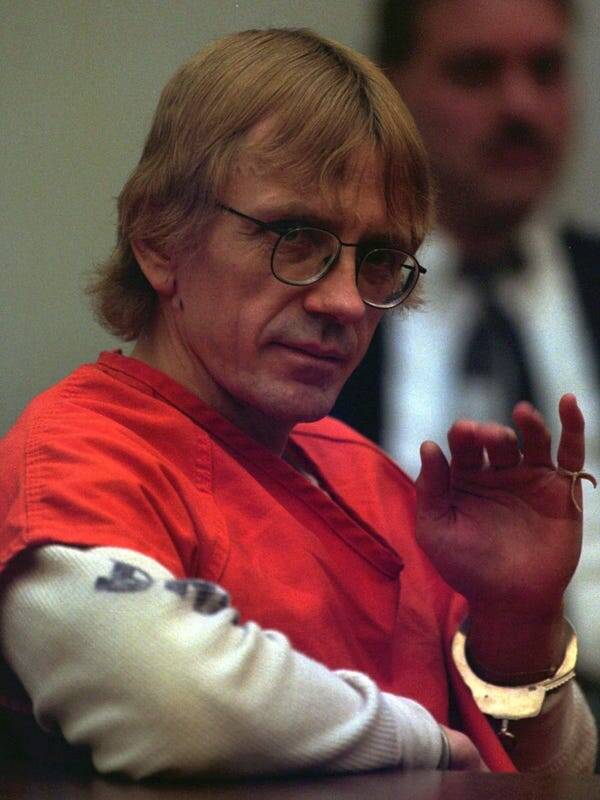 All serial killers have ugly rap sheets — but Joseph Paul Franklin’s is one of the most horrifying by far.

Between 1977 and 1980, the self-proclaimed racist and member of the American Nazi Party went on a killing spree targeting Black and Jewish people across 11 different states. He admitted to killing at least 22 people using his arsenal of rifles.

He also confessed to the attempted assassinations of civil rights leader Vernon Jordan, Jr. and magazine publisher Larry Flynt, who became paralyzed from the waist down as a result of the shooting.

Franklin remained on the loose until 1980 when he was captured while at a skid row blood bank in Florida. He was convicted on multiple murder charges and received a life sentence and the death penalty in various states. Then, in 2013, Franklin was executed by lethal injection.

Joseph Paul Franklin Was A Religious Fanatic Before He Found Nazism 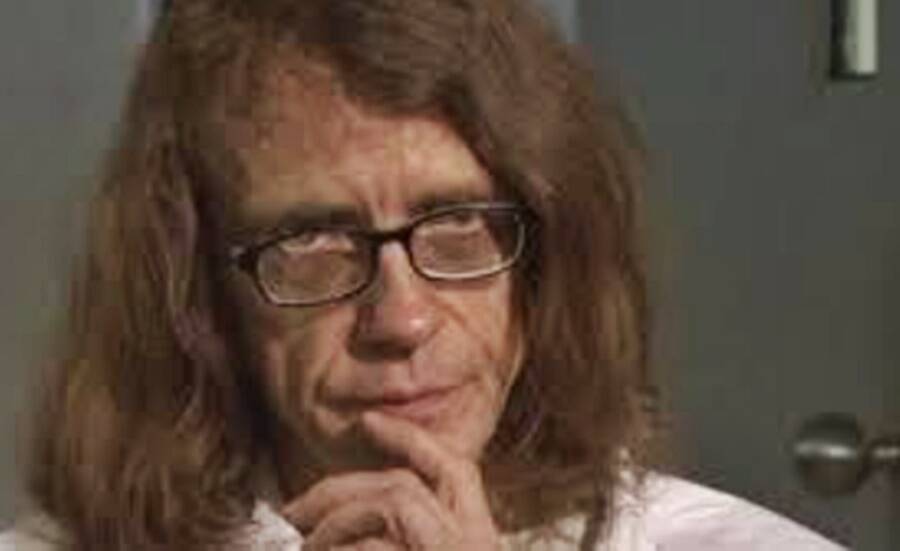 YouTubeFranklin was a self-avowed racist and member of white supremacist groups like the American Nazi Party.

Before he became a notorious serial killer, Joseph Paul Franklin was born James Clayton Vaughan Jr. in Mobile, Alabama, on April 13, 1950. His father, James Vaughan Sr., was a World War II veteran-turned-butcher while his mother, Helen Rau Vaughan, worked as a waitress.

Vaughan Sr. was an alcoholic who came and left sporadically, sometimes disappearing for months on end, before finally leaving for good when Franklin was eight. Joseph Paul Franklin and his siblings were raised by their strict mother who reportedly beat them. They had little money.

As a teenager, Franklin had obsessive tendencies, particularly over religion. He was a member of the Church of God, headed by televangelist Garner Ted Armstrong, and visited nearly every church in the state he could find. 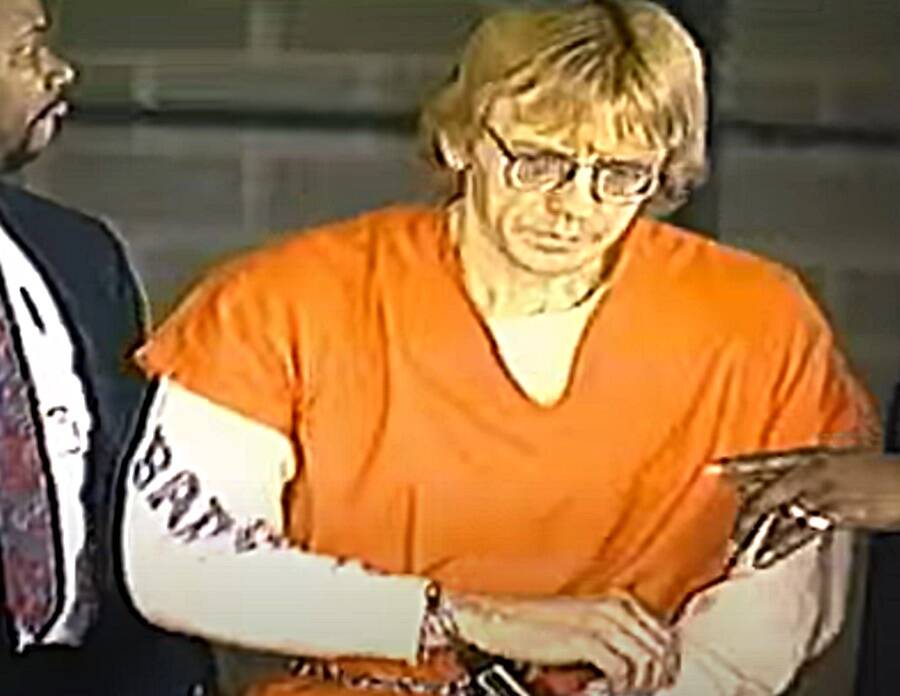 In 1967, Franklin dropped out of high school. He avoided the draft thanks to his poor eyesight, and a year later he married his neighbor, Bobbie Louise Dorman, who was only 16 years old at the time. The two had known each other for two weeks.

“He was really kind and gentle at first. He said he was gonna take care of me — and for a few weeks, it went okay,” Dorman said of her ex-husband. “But then all of a sudden he changed. Several times he beat me so hard I was afraid he was going to kill me.” The couple divorced after four months and Franklin married again under a fake identity years later.

By the end of the 1960s, Franklin began dabbling in white supremacy groups. He studied racist literature, practiced Nazi salutes in the mirror, and sewed swastikas onto his clothing. He had two tattoos: one of the American bald eagle and the other of a bloody Grim Reaper.

“He had a lot of fantasies,” Dorman recalled. “It was like James just wanted to belong to something different. I guess the Nazis were about as different as you could get.”

Franklin Wanted His Killings To Inspire A ‘Race War’ 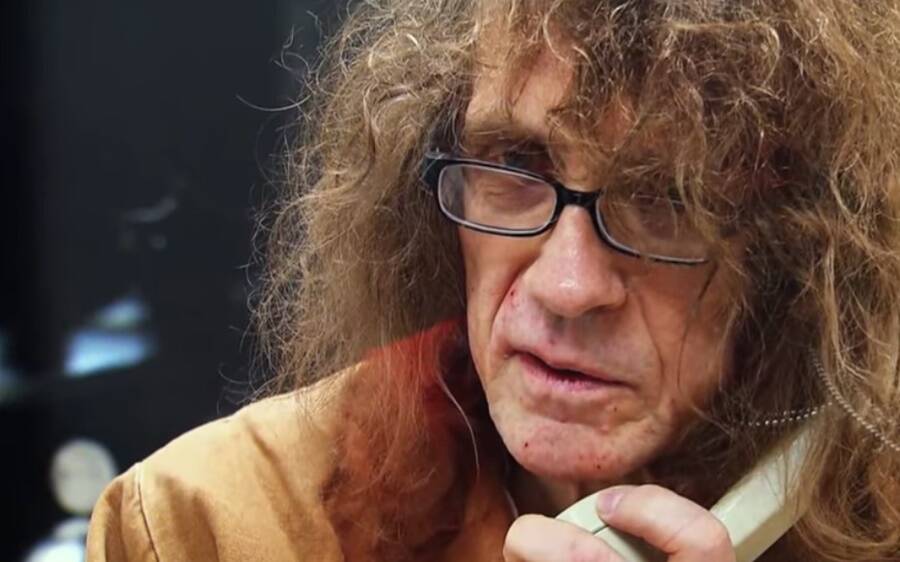 Though Franklin remained a drifter for most of his life, he always found white supremacists wherever he went. He joined the American Nazi Party, the Ku Klux Klan, and later the National States Rights Party, where he peddled their hate pamphlet The Thunderbolt.

Franklin’s descent into Nazism was swift. On Sept. 18, 1970, Franklin was photographed wearing a Nazi uniform during a protest against a visit by then-Israeli Prime Minister Golda Meir outside the White House.

Newly emboldened by his racist convictions, Joseph Paul Franklin began acting out on his bigotry. On Labor Day 1976, he stalked an interracial couple and sprayed them with mace. 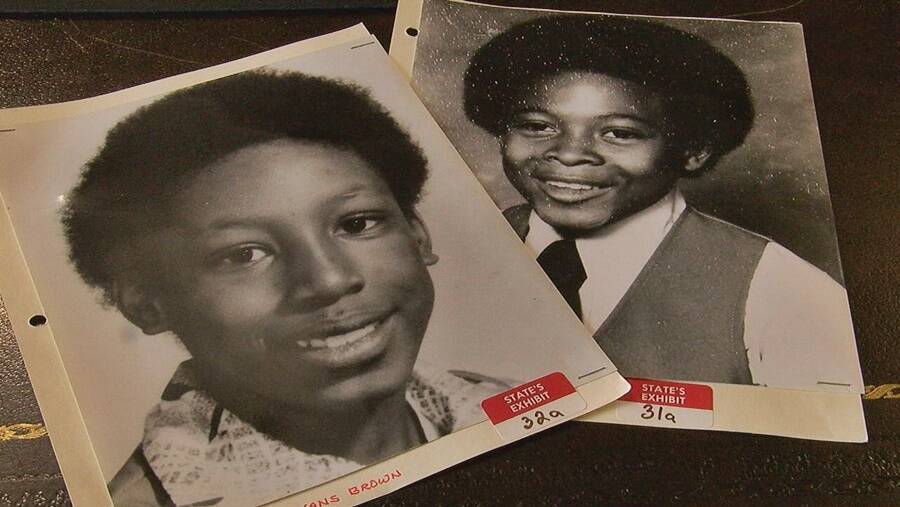 Judge Melissa PowersTeenagers Darrell Lane and Dante Evans Brown, who were killed while on their way to buy candy.

A year later, he killed his first victims: Alphonce Manning Jr. and Toni Schwenn, an interracial couple in Madison, Wisconsin. The background of his subsequent victims varied — they had different socioeconomic statuses, ages, and genders — but they were all always Black or Jewish.

Armed with an arsenal of rifles and seething hatred, Franklin moved from state to state, killing innocent people simply because of their skin color or religious heritage from 1977 to 1980. He switched between 18 aliases, frequently swapped vehicles, and dyed his hair to disguise himself.

“This is a very bad dude,” a policeman from Franklin’s hometown said. “I’ve seen a lot of life in my years on the force, but I’ll never understand how a guy like this could happen.”

The neo-Nazi confessed to killing at least 22 people but was convicted for 15 murders.

But regardless of his disguises, Franklin was unable to mask his hatred and shared it with everyone from store clerks to prostitutes. One prostitute alleged that he asked her where all the Black pimps were so he could kill them and tried to get her to kill a Black bellhop at the motel where they were guests.

So intense was his racism, in fact, that he later refused to instate a witness that would have helped his defense because they were Black.

“That rage pretty much controlled everything about his life — even his daily actions and judgments,” said Salt Lake County Deputy District Attorney Bob Stott who led the state’s prosecution against Franklin. “He was a very angry, surly, uneducated guy who couldn’t get along with people.”

On Aug. 20, 1980, Franklin shot his last victims, Eagle Scout David L. Martin and his friend Ted Fields, the son of a preacher, both of whom were young Black men. They had been jogging with two white classmates in Salt Lake City, Utah. Franklin killed them while they were crossing a well-lit intersection.

Two months later, in October 1980, Franklin was captured and arrested by the FBI following a national manhunt for him.

The End Of Franklin’s Killing Spree

Franklin’s execution still did not bring closure to many family members of his victims, like Lavon Evans, whose teenage brother was murdered by him.

Franklin’s reign of terror ended when he was picked up at a blood bank in Lakeland, Florida after an operator contacted the FBI upon seeing him.

After his arrest, the neo-Nazi claimed he killed at least 22 people during his murder spree. Franklin also took credit for the bombings of two synagogues and 16 robberies.

He then admitted to the attempted assassinations of Vernon Jordan Jr, then-president of the National Urban League, and Hustler magazine publisher Larry Flynt, who was paralyzed from the waist down as a result of his 1978 attack.

However, the prosecution could only pin Joseph Paul Franklin to seven of his proclaimed murders, and he received a life sentence as well as the death penalty from multiple states. He was executed by lethal injection on Nov. 20, 2013, in Bonne Terre, Missouri. The execution, which had been derailed for months, lasted 10 minutes.

While some might argue that justice for his victims was finally served, family members of the victims recognize that his death doesn’t bring him back.

“Maybe God will forgive (Franklin), but right now I can’t,” said Abbie Evans, mother of 13-year-old victim Dante Evans Brown. “They say you should forgive but at this time, I should pray on that because I don’t feel that way. You never get over it.”

After learning the disturbing story of Joseph Paul Franklin, read about serial killer Ted Bundy and his final days on death row. Then, go inside the trial of the Golden State killer that finally delivered justice to its victims after 40 years.