For six long years, Joseph Pistone abandoned his personal life and worked his way up the rungs of the Bonanno crime family as Donnie Brasco. 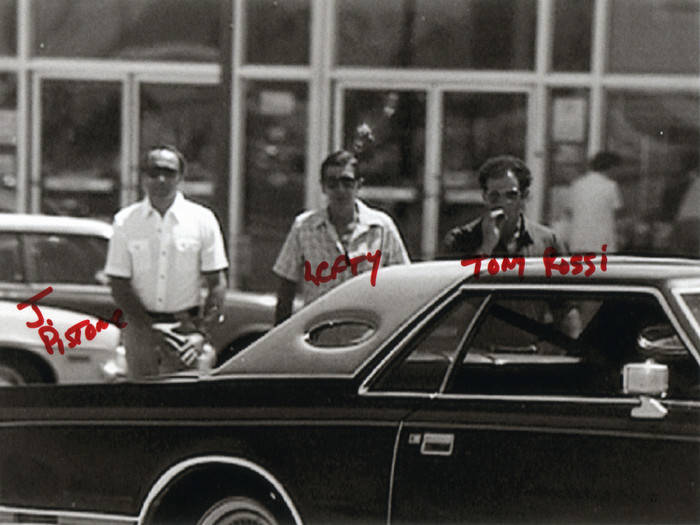 Wikimedia commonsUndercover agent Joseph Pistone as Donnie Brasco, with the lowlevel wiseguy who took him under his wing, Benjamin “Lefty Guns” Ruggiero.

“As I look at the ravaged state of New York’s Five Families and its Mafia Commission today, I feel more than satisfied that my unfinished business is finally finished.” The above quote was made by former undercover FBI agent Joseph Pistone, better known by his alias Donnie Brasco.

Now 78, Pistone is arguably the most influential law enforcement officer in American history, exceeding the likes of Wyatt Earp and Eliot Ness. Through sheer tenacity, Pistone infiltrated deep inside the New York Mafia over a six-year period and abandoned his personal life in the process, effectively becoming someone else. His goal was to identify the hierarchy of families within the New York Mafia and his infiltration would also implicate mob families in Florida and Milwaukee.

After the FBI pulled Pistone from his deep cover in mid-1981, his evidence led to the imprisonment of over a hundred leading Mafiosi leading to the implosion of the American Mafia.

The success of the operation hinged on Pistone’s fictitious alias of jewel thief Donnie Brasco so that they could gain the trust of key members in the New York Mafia. “I wanted him to be a guy that was a street-smart, street-wise kid the wiseguys would take to and not question too much about his background or his abilities to do what he said he could do,” Pistone said.

The Birth Of Joe Pistone As Donnie Brasco

The FBI gave Joseph Pistone a fake driver’s license bearing Brasco’s name as well as access to cash and credit cards. Sharing the spoils of cashed-up stolen jewelry with criminal contacts was crucial in fooling the Mob and in the Mob’s vetting his usefulness as an earner.

Initially, Pistone planned on spending six months inside the Mafia, but it took more than six months just to be introduced to mobsters. His first contacts were within the Colombo crime family, but they were strictly small-time criminals fencing perfume and leather jackets who didn’t have access to the upper echelon mobsters Pistone needed to know.

His next contact was Tony Mirra, who was considerably more important in the Mafia hierarchy. However, his violent streak was a threat to Pistone’s operation. FBI agents could not knowingly participate in any act of violence, so Pistone slowly distanced himself from Mirra.

Pistone finally found his ticket into the New York Mafia after Mirra introduced him to Benjamin “Lefty Guns” Ruggiero. “Lefty Ruggiero in my mind was the ultimate wiseguy. His whole life was consumed by being a wiseguy, by being a member of the Mafia.”

Pistone and Ruggiero were inseparable almost immediately. Ruggiero was a made man in the infamous Bonanno crime family and although low-level, he was well-known. 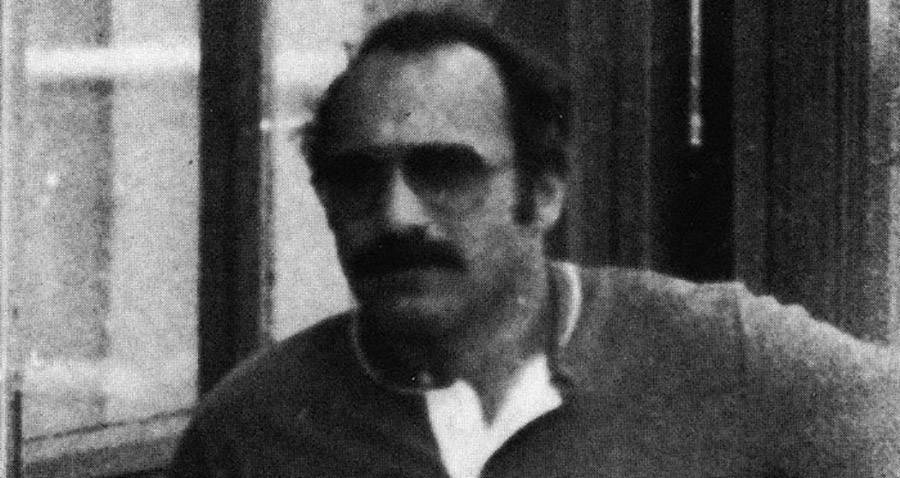 “Once I got to know Lefty pretty good and he got to the point where he trusted me and would talk around me and take me into his confidence regarding the Mafia business and who was who and what was going on, he got the impression that I had the ability to make a lot of money for him.”

Ruggiero made Pistone an associate of the Bonanno family in early 1977. Pistone’s ruse as a good earner, funneling FBI money into Mob hands made him a trusted and respected associate. Pistone followed a simple Mafia pay structure. He kept fifty-percent of his earnings, while Ruggiero took the rest. Ruggiero then split his take 50-50 with his capo (captain) Mike Sabella, who finally split his 25-percent with the Bonanno bosses.

Pistone often had a job convincing his FBI superiors to give him cash when there was little information to report. In the early days, Pistone didn’t wear a wire because “I was with these guys on a daily or nightly basis. So, you know, I had no way of getting rid of a wire.”

By 1978, New York City was close to declaring bankruptcy. Times were tough even for the Mob, which Pistone and the FBI exploited. Pistone convinced Ruggiero to form a business arrangement with Frank Balistrieri, the head of the Mob in Milwaukee. The FBI had another agent undercover using the pseudonym Tony Conte inside the Milwaukee mob who needed some assistance.

Both Pistone and Conte convinced Ruggiero to go to Milwaukee to negotiate a deal with Balistrieri in a vending machine venture. Ruggiero was successful and the ploy had effectively brought two crime families together. However, there was one condition. Balistrieri wanted to meet Ruggiero’s partner Joseph Pistone.

But Pistone couldn’t go to Milwaukee. Instead, he was at his wife’s bedside after she suffered a near-fatal car accident on the way to pick him up from the airport. It was touch and go for 11 days, but she pulled through. Pistone, then traveled to Milwaukee to meet Balistrieri.

They both hit it off.

But then disaster struck. Weeks went by and Ruggiero and Pistone hadn’t heard from the Milwaukee mob boss. They tried calling but Balistrieri never returned their calls. Something had happened.

This was a big mistake for Pistone, one that potentially carried the penalty of death. Both Ruggiero and Pistone were summoned for a sit down with Bonanno bosses.

Because Pistone wasn’t a made man, he was let off, and Ruggiero was put on notice. 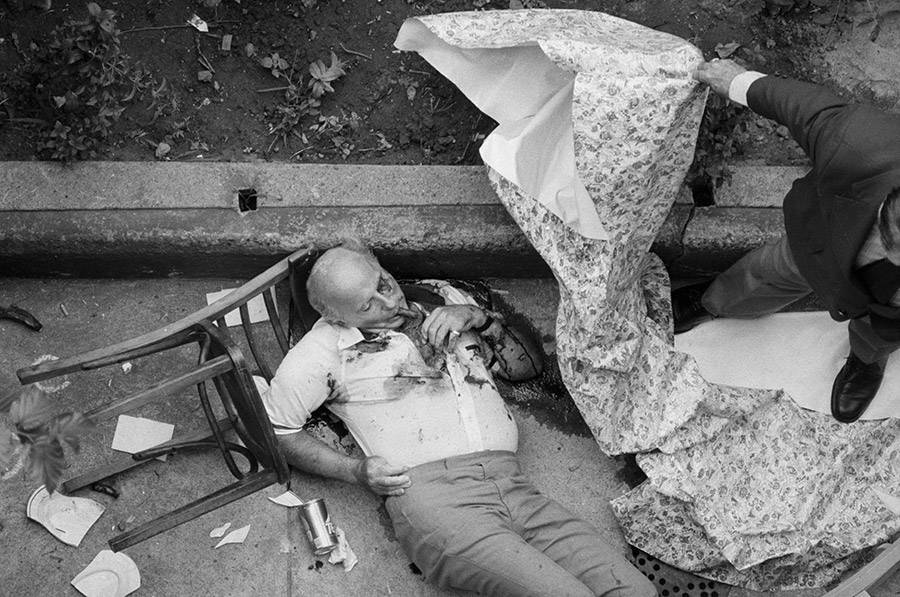 Getty ImagesThe body of reputed Mafia leader Carmine Galante is covered by New York police detectives here July 12 at a Brooklyn restaurant after Galante and his associate, identified as Nino Cappolla, were shot to death as they ate lunch. Police officials and witnesses said four men pulled up in a car and opened fire with automatic weapons and shotguns. 1979.

Over the next few months, both men avoided the Bonanno bosses. So, the FBI sent Pistone to Florida, where he helped another undercover operation designed to bring down Santo Trafficante, the head of the Florida mob. Ruggiero followed months later.

While Pistone was in Florida, Bonanno boss Carmine Galante was murdered in the courtyard of a Brooklyn restaurant. His body was found with his trademark cigar still clenched between his teeth.

Without a leader, the Bonanno family almost fell into anarchy. Lower in the ranks, there was a change in leadership for Ruggiero and Pistone. Their captain had been demoted in the wake of the Milwaukee debacle and they now reported to Dominick “Sonny Black” Napolitano. 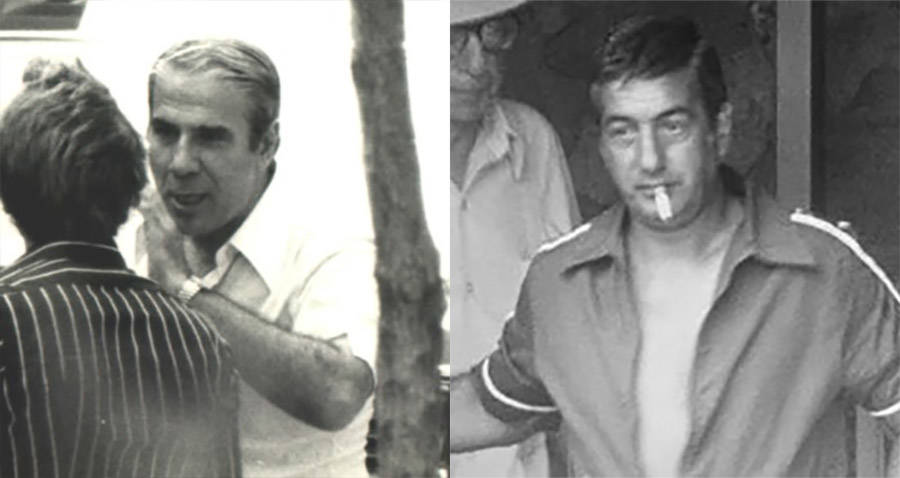 In Florida, Joseph Pistone convinced Ruggiero (with Black’s approval) to purchase a nightclub called Knights Court. The FBI had purchased the building months earlier, and it now became the perfect location to engineer a meeting between the Bonanno and Trafficante families.

Now in 1979, Pistone had entered his fourth-year undercover. Along with fellow undercover agent Edgar Robb, they had the club renovated, installing listening devices and cameras behind the walls.

The club became the center for loansharking, fencing stolen property, sports betting and a planned Las Vegas gambling night. Black, who was pleased with the business, offered Trafficante part of the operation.

Trafficante accepted. Not only was it a potential cash cow but his men did not have to be involved in the day-to-day running of the operation.

But in January 1981, on the night of the Las Vegas function, the police raided Knights Court. They seized thousands in cash and charged Black and undercover agent Robb with resisting arrest. Black was furious and threatened to kill agent Robb. It took a while but eventually, he calmed down.

Both were set to appear in court until the FBI intervened and had the trials shutdown as Black still had a bigger part to play in Pistone’s undercover operation. Kings Court was still bringing in a healthy turnover from loan sharking and bookmaking, so despite the raid, Black told agents Robb and Pistone he would recommend their membership to the Mafia to his superiors.

Now in his sixth year undercover in the Mob, Pistone had already gone deeper into the Mafia than any undercover agent. But his success faced a potentially fatal blow. His first Mafia mentor, Tony Mirra, had just been released from prison. Almost immediately Mirra discovered that Pistone was making a lot of money under Black.

Mirra told Bonanno bosses that he deserved a cut of Pistone’s earnings because he had introduced him to the Mob. Furthermore, he lied to the bosses when he said Pistone had made $250,000 in a heroin deal and had not shared the money with the family.

Pistone’s life was in jeopardy. If found guilty he would be killed. Pistone was not allowed to defend himself because he was not yet a full mob member. Instead, Ruggiero defended Pistone. A series of meetings were convened over a two-month period.

However, Black got in first. In April 1981, all three rival capos were gunned down and the civil war was quickly over. Thanks to Ruggiero, Pistone was exonerated and Mirra was sent packing.

The End Of Donnie Brasco

Despite Pistone’s pleas to remain undercover until he was a made man, the FBI decided it was too much of risk and in late June 1981, they ordered the operation shut down. Over the last few weeks, Pistone gathered all the final pieces of information on the Mafia he could from Ruggiero and Black.

On Sunday, July 24, 1981, Pistone left the Kings Court for the final time. He had spent the last few days with Black and Ruggiero and it was the last time he saw them. From Florida, he flew to Milwaukee where he testified against Milwaukee crime boss, Balistrieri, and his two sons.

The next day the FBI visited Black in New York. They told him of Donnie Brasco’s true identity, showing him pictures of Pistone posing with his badge and other agents. Black was initially in denial. 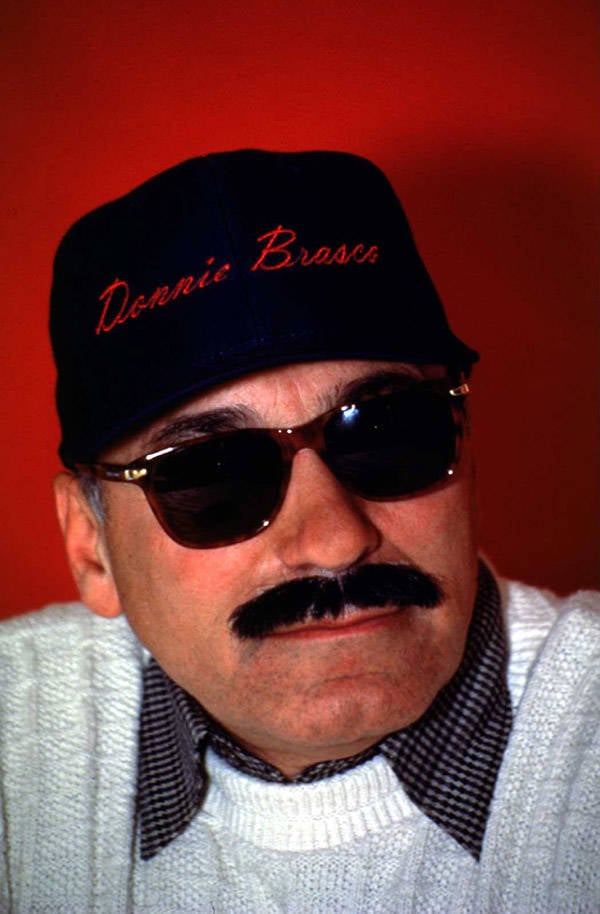 The Bonannos blamed Black and Ruggiero for letting an informant into their ranks. In September 1981, Black disappeared after being called to a sitdown with mob bosses. (Black’s body would be found almost a year later on Aug. 12, 1982). Ruggiero was also called, but on his way, the Feds picked him up and he was taken into protective custody.

Pistone had hundreds of hours of wiretap recordings. His testimony helped a federal grand jury return a seventeen-count indictment against Ruggiero, Black, and other members of the American Mafia.

Thanks to his conversations with Ruggiero and Black, Pistone gathered enough names to put 120 top Mafiosi behind bars. Pistone also exposed the Mafia’s drug distribution chain that operated out of pizzerias and other shops within New York.

Joseph Pistone retired from the FBI after Operation Donnie Brasco was shut down and received a $500 check for his efforts. Pistone would later write a book titled Donnie Brasco: My Undercover Life in the Mafia about his exploits, which was then turned into the film Donnie Brasco that starred Johnny Depp as the undercover agent.

Today, despite traveling in disguise for his own protection, Joseph Pistone has continued to write books while also consulting for law enforcement agencies.

Enjoy this look at Joseph Pistone and his undercover work as Donnie Brasco that exposed America’s most powerful criminal organization? Next, read about how “Little Caesar” Salvatore Maranzano created the American Mafia. Then learn about the executions, informants, and flamboyance of the American Mafia in the 1980s.