Though Joshua Dobson managed to get himself fully inside the bear, police quickly noticed that the enormous stuffed animal appeared to be breathing. 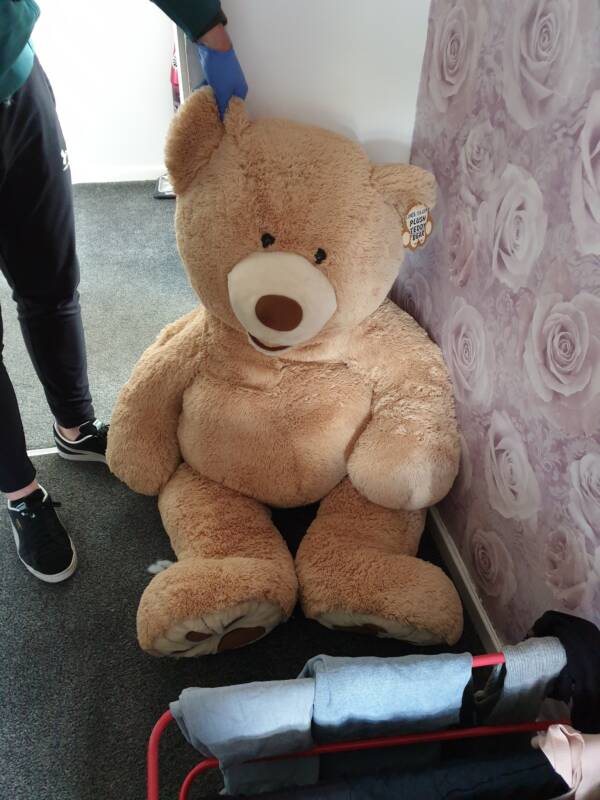 Greater Manchester Police/FacebookJoshua Dobson had been on the run for months when police found him hiding inside this teddy bear.

When police in Manchester, England, arrived at a home in the Rochdale neighborhood in search of an 18-year-old fugitive car thief, they came across a strange sight. In the corner, a giant teddy bear seemed to be “breathing.” And inside the bear, the police found their suspect, Joshua Dobson.

“Our neighborhood task force and divisional tasking team in #Rochdale could bearely believe what they stumbled across in search for a wanted man last month,” The Greater Manchester Police wrote on Facebook. “When we went to arrest [Dobson], our officers noticed a large bear breathing in the address before finding Dobson hidden inside!”

According to the Daily Mail, police had pursued Dobson since May. Then, the 18-year-old allegedly stole a Mitsubishi SUV worth over $10,000 USD, gassed up without paying, then raced off.

He was on the run until July, when police searched for the teenager at his girlfriend’s home in Rochdale. There, according to the Daily Mail, police did a “double take” when they noticed a five-foot stuffed teddy bear breathing over in a corner — and found Joshua Dobson hiding inside. 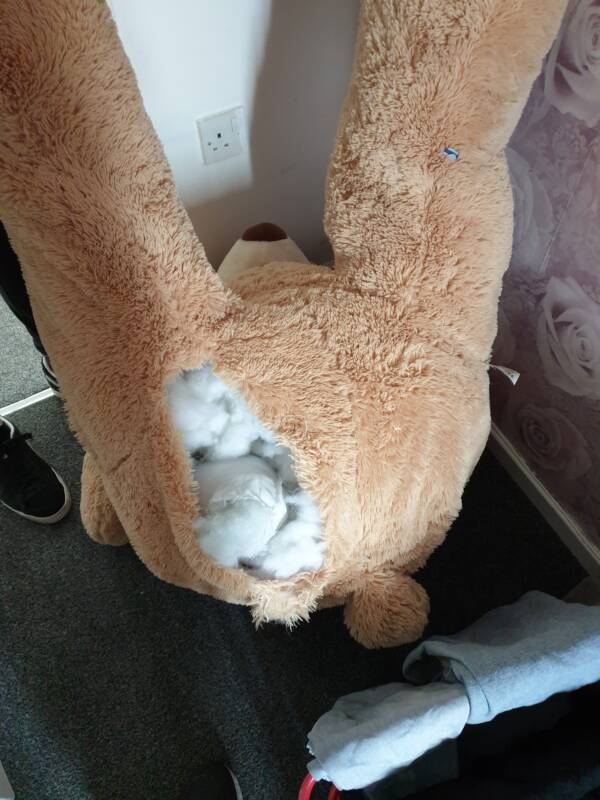 Greater Manchester Police/FacebookDobson cut a hole in the base of the teddy bear, then managed to squeeze himself inside, before police noticed the bear “breathing.”

For the police, this case has come to a satisfactory, if bizarre, conclusion.

Dobson “is now stuffed behind bars after being sentenced last week for theft of a motor vehicle, driving while disqualified, and making off from a petrol station without payment,” the Greater Manchester Police wrote on Facebook. They added: “Hopefully he has a bearable time inside.”

The Manchester Evening News additionally reported that Dobson was charged with a number of crimes, including stealing the Mitsubishi, driving with no license or insurance, and taking fuel from a gas station without paying.

Dobson was also sentenced for crimes he committed in earlier in March, including stealing a Vauxhall Astra van, theft of a toolbox and two tablets, and criminal damage.

According to the BBC, the 18-year-old was sentenced to serve nine months in a young offenders institution. There, if he has access to Internet, Dobson may find that he’s become the subject of mockery online.

On Facebook, users responded with delight to the Greater Manchester Police’s post about Dobson’s failed escape plan. “What a grizzly end,” one user commented. Another quipped, “I bet the officers couldn’t bearlieve it when they found him.” And some claimed they had to check the date, thinking that the police were trying to pull an April Fool’s joke. 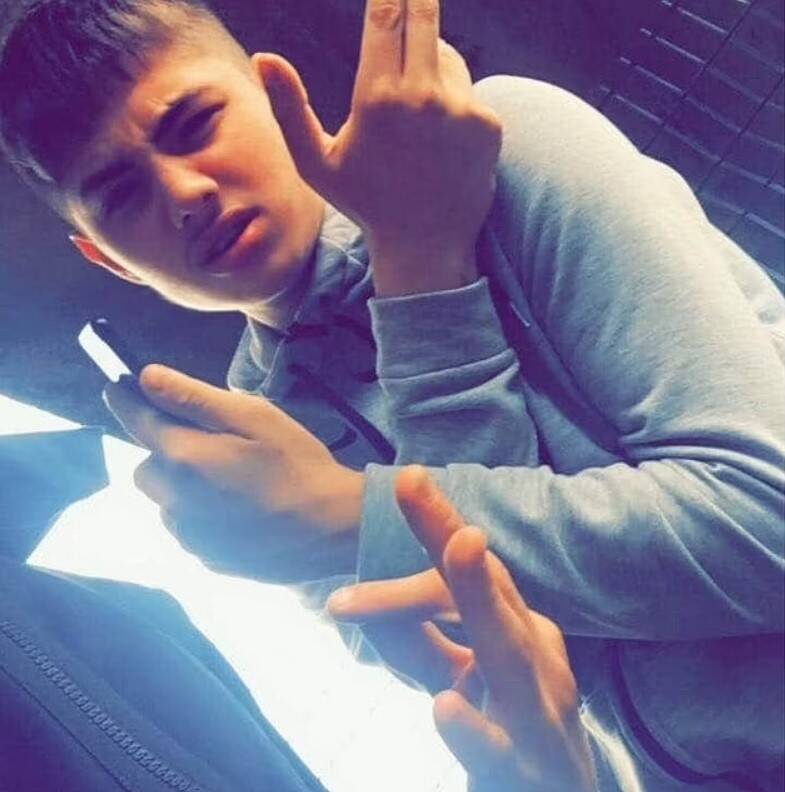 FacebookSocial media users responded with humor to a police statement about how Dobson, pictured, tried to evade arrest by hiding inside a five-foot-tall teddy bear.

Dobson may not have succeeded in evading arrest, but he certainly made news because of his creative — albeit ineffective — way of trying to hide from the police. And police in Manchester, it seems, have decided to view the incident largely with good humor.

On Facebook, they continued to have a laugh about the incident: “We certainly had a more than bearable time last week being able to bring to justice one of the town’s thieves!”

After reading about the car thief that tried to hide inside a giant teddy bear, go inside the surprising history of the teddy bear. Or, see how a car thief in Florida got arrested after stopping to admire a solar eclipse.