Inside The Death Of Frank Sinatra, From His Heartbreaking Final Words To The Contentious Aftermath

After legendary singer Frank Sinatra died of a heart attack on May 14, 1998, his tragic demise forced an ugly family feud into the spotlight. 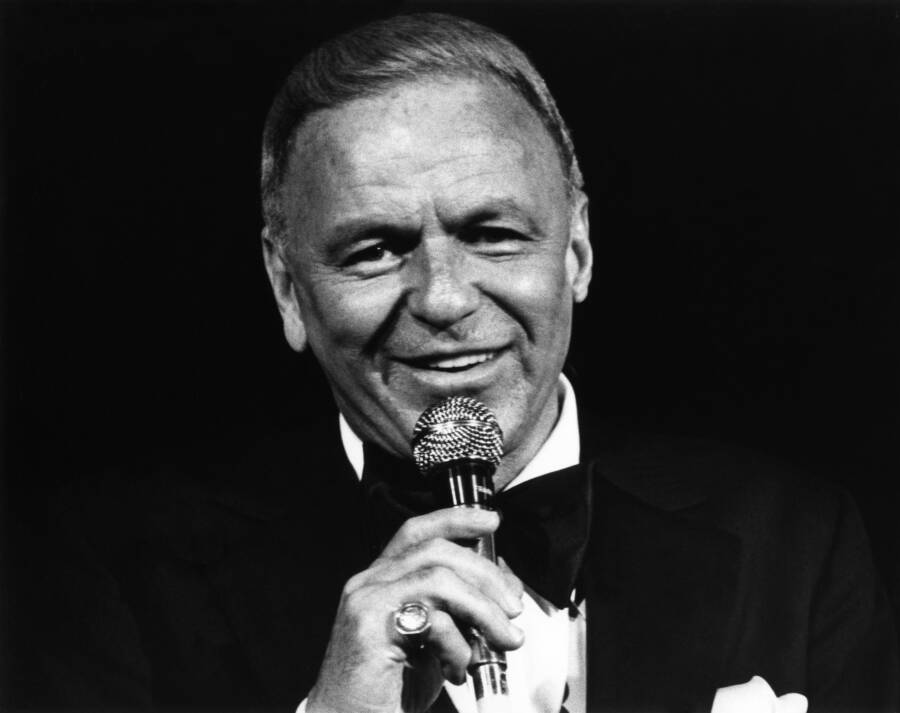 Frank Sinatra had one of the most iconic voices that the world has ever heard. Over the course of his prolific career, he released 59 studio albums and hundreds of singles, cementing his place in music history. Although he had lived a full life when he suffered a fatal heart attack at the age of 82, Frank Sinatra’s death was still a blow felt around the world.

Sinatra died at the Cedars-Sinai Medical Center in Los Angeles, California, on May 14, 1998. His fourth and final wife, Barbara Blakely Marx, was by his side.

While initial reports stated that his children were also there, Sinatra’s daughters later revealed that they didn’t know he was even in the hospital until a doctor called and informed them he’d passed — because Barbara hadn’t told them. The ugly family feud was forced into the spotlight in the months following Sinatra’s death.

The singer’s funeral brought together some of America’s biggest Hollywood stars and musicians, and his headstone was engraved with the lyrics to one of his best-known songs: “The Best Is Yet to Come.” This is the tragic story of the death of “Ol’ Blue Eyes.”

The Legendary Career Of Frank Sinatra 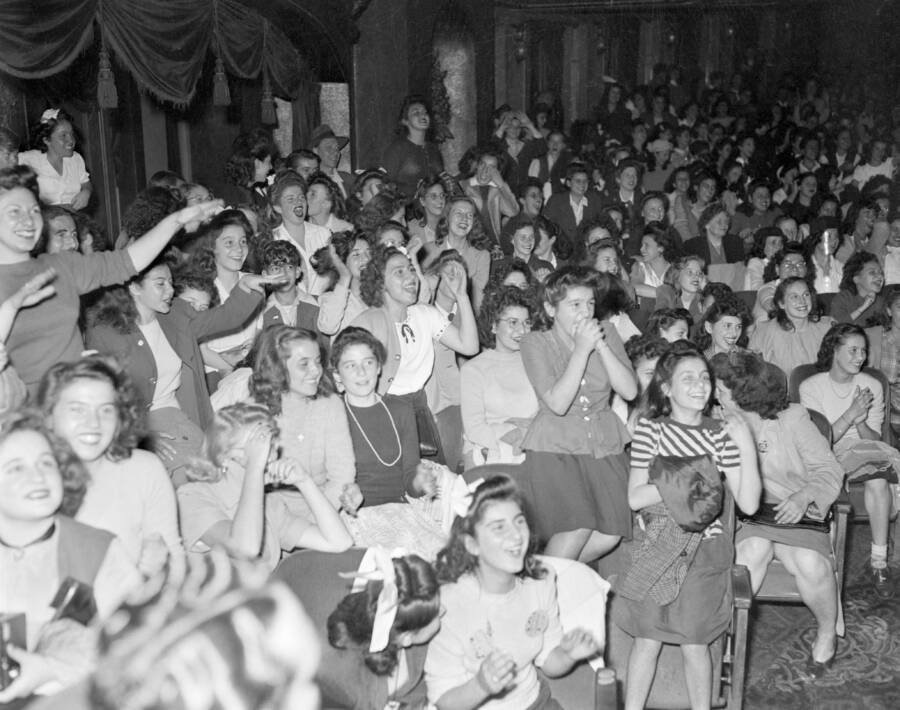 Bettmann/Contributor via Getty ImagesFrank Sinatra’s fans swoon as he performs at Paramount Theatre in 1944.

Frank Sinatra began trying to break into the music scene as a teenager, and by the time he was 27 in 1942, “Sinatramania” was in full swing. His enthusiastic teenage fans, known as “bobby soxers,” screamed and swarmed around him at concerts, and their obsession with him even caused riots.

According to The New York Times, 30,000 of his young fans jammed the streets of Times Square outside Paramount Theatre, where Sinatra was scheduled to perform, in what came to be known as the Columbus Day Riot. His popularity only grew from there.

With hits such as “That’s Life” and “Fly Me to the Moon,” Sinatra quickly rose to superstardom. Over the course of his music career, he won 11 Grammy Awards, including the Grammy Lifetime Achievement Award, as well as the Presidential Medal of Freedom and the Congressional Gold Medal.

At the same time he was establishing himself as a hit singer, Sinatra also began acting in films. He won an Academy Award for Best Supporting Actor for his role in 1953’s From Here to Eternity, and he appeared in musicals such as Guys and Dolls and Pal Joey, for which he won a Golden Globe Award for Best Actor. 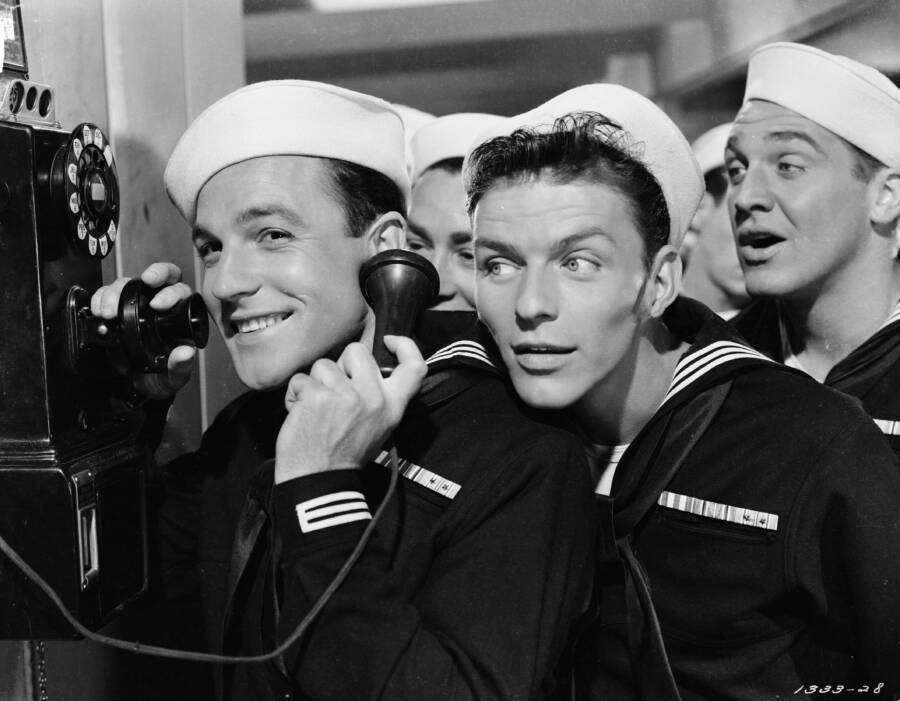 Sinatra was also known for his turbulent personal life. He married four times, fathering three children with his first wife, Nancy Barbato, before going on to wed actresses Ava Gardner and Mia Farrow. In 1976, he married Barbara Blakely Marx, a former Las Vegas showgirl and the ex-wife of youngest Marx Brother Zeppo.

In February 1995, Frank Sinatra gave his last performance at the close of the Frank Sinatra Desert Classic golf tournament in the Palm Desert Marriott Ballroom. He performed only six songs before calling it a night, closing with “The Best Is Yet to Come.”

How Did Frank Sinatra Die? Inside His Final Days

In May 1998, Frank Sinatra asked his daughter Tina how far away the new millennium was. According to the biography Sinatra: The Life, when Tina told him it would come in about 18 months, he responded, “Oh, I can do that. Nothin’ to it.”

Days later, he was dead. 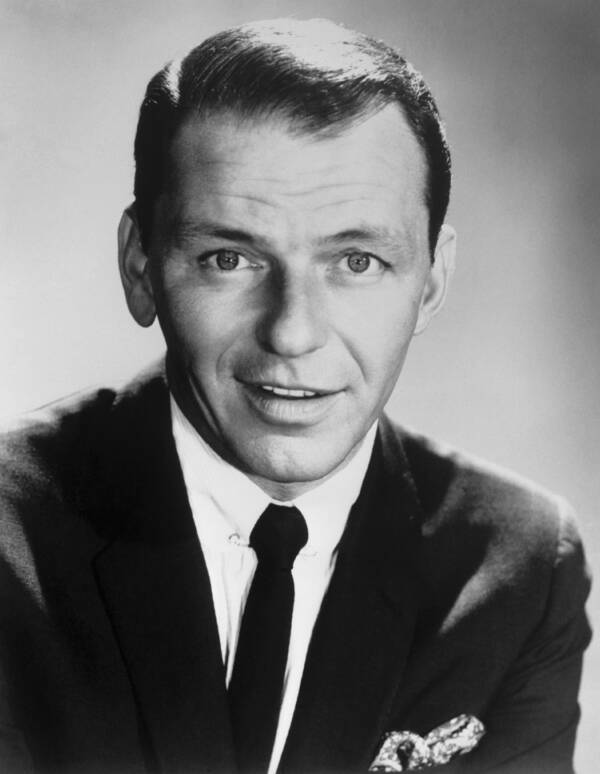 Bettmann/Contributor via Getty ImagesFrank Sinatra’s cause of death was a fatal heart attack.

He hadn’t appeared in public since his first heart attack in January 1997, but just a month before his death, his wife Barbara had told the Las Vegas Sun that he was doing just fine.

“The rumors are just crazy,” she said. “You can’t believe it. He’s doing very well… He’s strong and walking around. We’re enjoying friends.”

But on May 14, 1998, Sinatra was rushed to the hospital after suffering another heart attack. The ambulance carrying him made it to Los Angeles’ Cedars-Sinai Medical Center in record time because the finale of Seinfeld was airing on television, and millions of people were at home watching it.

Though Barbara didn’t call her husband’s children to let them know they were headed to the hospital, she did inform his manager, Tony Oppedisano, who was by Sinatra’s side when he died.

Far Out Magazine reports that Oppedisano later told the Mirror, “His two doctors and a number of technicians were surrounding him when I walked in. I sat by him and held his hand, trying to keep him calm. Then his wife Barbara arrived and told him to fight. He struggled to speak because of his breathing.”

According to Oppedisano, Sinatra responded to Barbara by uttering his final words: “I’m losing.” 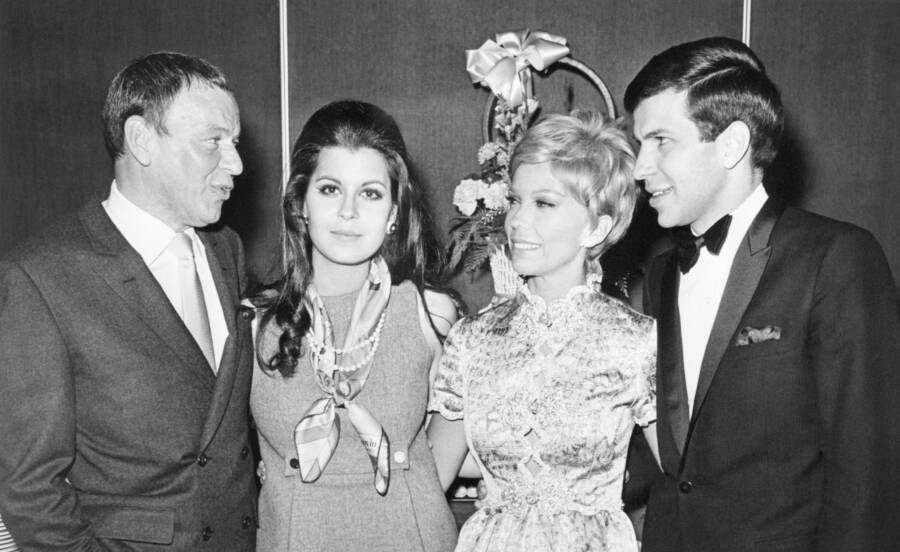 Bettmann/Contributor via Getty ImagesFrank Sinatra and his children (left to right) Tina, Nancy, and Frank Jr., at the singer’s 53rd birthday in Las Vegas.

“He wasn’t panicked,” Oppedisano continued. “He was just resigned to the fact that he had given it his best but he wasn’t going to come through. I told him I loved him but those were the last words I ever heard him say before he passed away.”

Frank Sinatra was pronounced dead at 10:50 p.m. At 11:10 p.m., doctors called his daughter Tina to inform her that he had passed, sparking a family feud that seemingly persists to this day.

The Controversial Aftermath Of The Death Of ‘Ol’ Blue Eyes’

Though initial reports about Sinatra’s death noted that his children were also by his side when he took his final breath, they turned out to be false. In the following years, Sinatra’s daughters Tina and Nancy made the truth about what happened that night very clear.

Nancy later said of her stepmother Barbara, “She was cruel, absolutely cruel. She did not tell us he was dying, we did not know until after he was dead and we were five minutes from the hospital.”

Nancy continued, “I said to myself that night, ‘I will never speak to her again.’ And I haven’t. Not a word.”

Despite the ongoing feud, Sinatra’s family worked hard to make the legendary singer’s funeral an affair worthy of his celebrated life. Family members placed all of Sinatra’s favorite things in his casket: Tootsie Rolls, Camel cigarettes, a Zippo lighter, and a bottle of Jack Daniels. Tina slipped 10 dimes into his pocket, reportedly because the singer always carried change around in case he needed to make a phone call.

Frank Sinatra Jr. and actors Kirk Douglas, Gregory Peck, and Robert Wagner delivered eulogies, and Sinatra’s song “Put Your Dreams Away” played at the end of the emotional service.

Sinatra was buried at Desert Memorial Park in Cathedral City, California, and his gravestone read “The Best Is Yet To Come” and “Beloved Husband & Father.”

However, according to Palm Springs Life, someone vandalized the stone in 2020, chipping away at the word “Husband.” It seems that the perpetrator was never caught, but the gravestone was replaced — and now simply reads, “Sleep Warm, Poppa.” 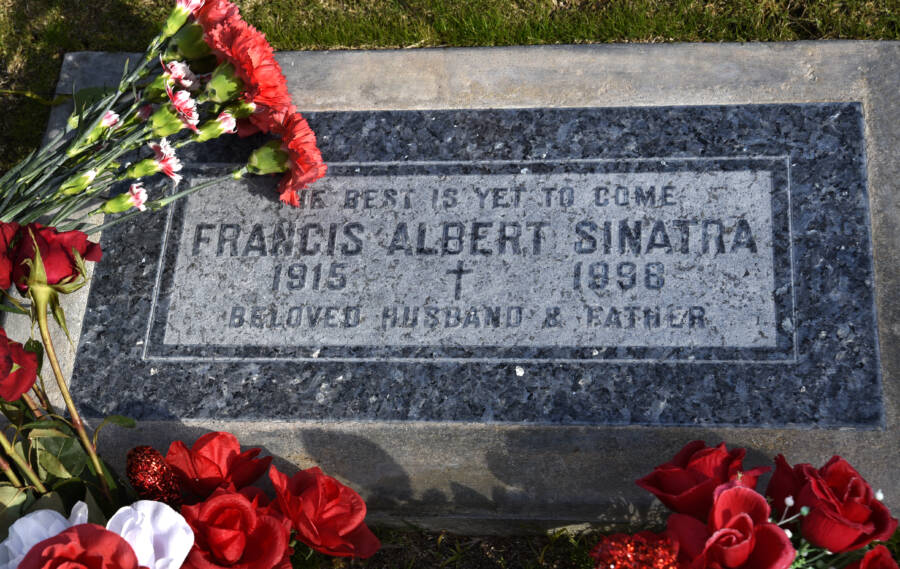 Robert Alexander/Getty ImagesFrank Sinatra’s original gravestone, pictured here, was vandalized in 2020 and replaced with one that says, “Sleep Warm, Poppa.”

Despite the controversy surrounding Frank Sinatra’s death, his legacy is that of one of the most celebrated singers in American history. While his final years were filled with health problems and family difficulties, he lived the life he only could have imagined when he started chasing his dreams as a teenager.

Bono, the lead singer of U2, said of the legendary singer after his death: “Frank Sinatra was the 20th century, he was modern, he was complex, he had swing, and he had attitude. He was the boss, but he was always Frank Sinatra. We won’t see his like again.”