Kirk Anderson said that Joyce McKinney tied him to a bed for three days and raped him repeatedly. She said that wasn't possible. What was the truth?

One autumn day in 1977, the police in Devon, England, got an unusual call for help. A young member of the Mormon Church claimed that he had just been imprisoned and raped by a woman named Joyce McKinney for three days, chained to a bed, and forced to try to impregnate her.

He claimed that he’d only managed to escape after promising to marry his captor, at which point she unchained him and he fled. Newspapers throughout the country quickly seized upon the lurid story and soon headlines about the “manacled Mormon” were sweeping across England. 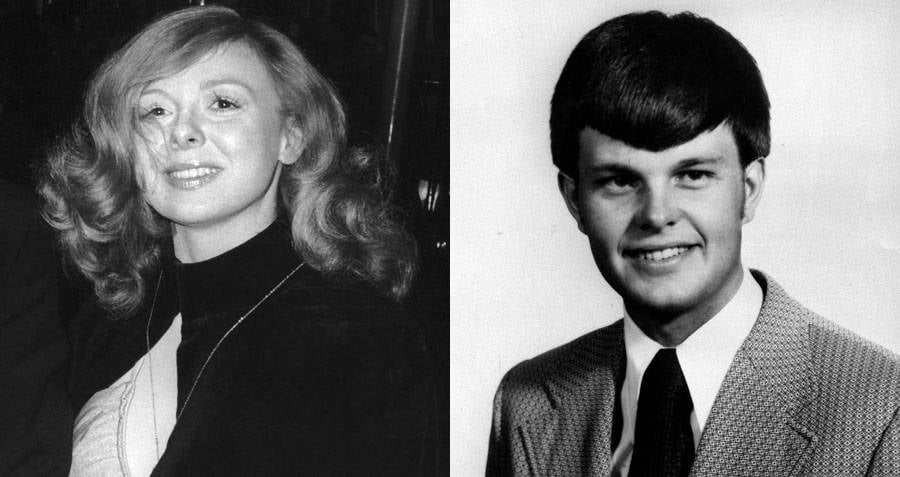 The Mormon missionary, a 21-year-old American named Kirk Anderson, claimed that his abductor had literally put a gun to his head and forced him into a car. He then claimed that she drove him to a small cottage in Devon, where he was chained “spread-eagled” to a bed and raped over the course of three days. He later stated in court, “I didn’t wish it to happen. I was extremely depressed and upset after being forced to have sex.”

But the alleged captor, another American named Joyce McKinney, told a different story — and the truth at the heart of the “manacled Mormon” case remains a subject of lurid fascination to this day. 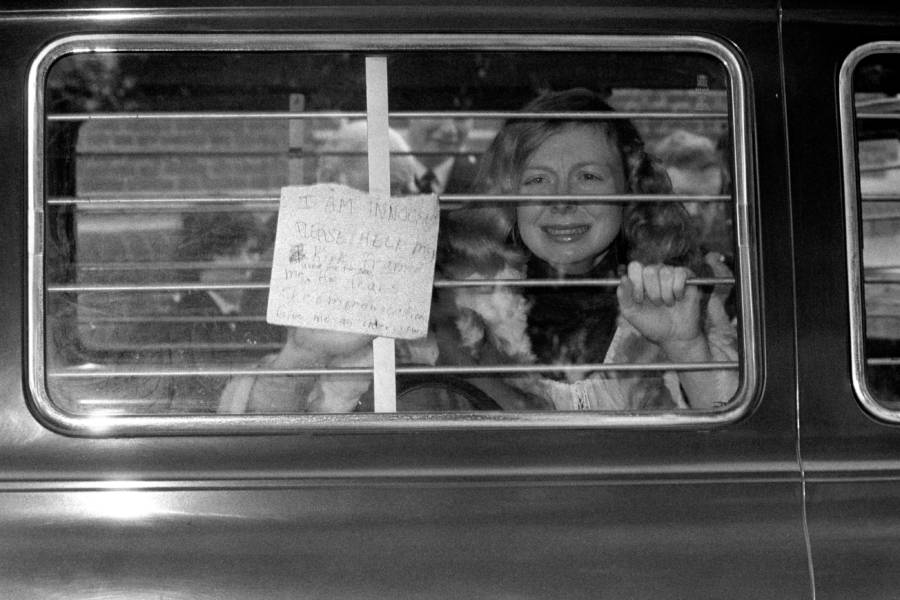 PA Images via Getty ImagesJoyce McKinney holds up a sign proclaiming her innocence (“I am innocent. Please help me…”) while in the back of a police van during the trial. Sept. 29, 1977.

After Kirk Anderson contacted the police, they apprehended 28-year-old Joyce McKinney along with her alleged accomplice, 24-year-old Keith May (who was claimed to have participated in the initial kidnapping of Anderson). But McKinney quickly conveyed to police a much different version of events than Anderson’s.

McKinney had met and briefly dated Anderson while living in Utah.

The former Miss Wyoming claimed that Anderson had wanted to marry her, but his church had not approved because she was not a Mormon, at which point he left without a trace. After hiring a private investigator to track her lost lover down, she set off for England to rescue him from the church, which she claimed was a cult that had brainwashed him.

McKinney said that when she made contact with Anderson on Sept. 14 in Ewell, Surrey, he willingly got into her car and then engaged in sexual activities with her of his own volition (although she claimed that he was “impotent” at first and broke off intercourse to begin chanting a prayer). It was only after she tied him up consensually, she claimed, that he was able to overcome his religious reservations.

And for Joyce McKinney, it wasn’t just about sex, but also about love. In court, McKinney testified that she loved Anderson so much “that I would have skied down Mount Everest in the nude with a carnation up my nose if he asked me to.”

Whatever the truth of the matter in terms of what happened between Joyce McKinney and Kirk Anderson during the three days in question (which may never be fully known), there can be no doubt that it was a tabloid goldmine.

The trailer for Tabloid.

The recent documentary Tabloid from director Errol Morris reviews the case of the manacled Mormon through the lens of the people who lived it as well as the journalists who covered the ensuing trial. The two sides of the case were taken up by two major British tabloids, with The Daily Express supporting McKinney and The Daily Mail trying to portray her “as a voracious, dangerous sexual predator.”

As even the journalists interviewed for Tabloid admit, the real story of the “manacled Mormon” scandal probably lies somewhere in the middle of the two versions. Kirk Anderson and Joyce McKinney had definitely been involved romantically while living in Utah, although whether he’d actually intended to marry her is another question. Nevertheless, there can be little argument that McKinney’s love for Anderson, no matter how pure in origin, was obsessive. 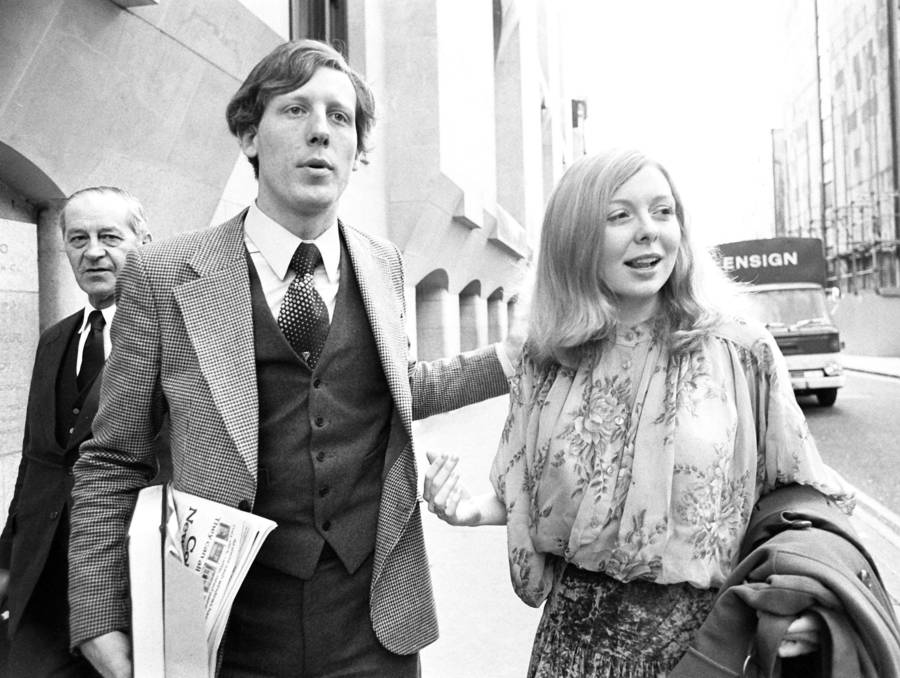 PA Images via Getty ImagesJoyce McKinney and Keith May in London after successfully applying for variations of the conditions of their bail. March 13, 1978.

In addition to asserting her love for Anderson, McKinney also stated that she believed that it was impossible for a woman to rape a man, stating that “it’s like trying to put a marshmallow into a parking meter.”

Nevertheless, a 2017 report analyzing data from the U.S. Bureau of Justice Statistics concluded that the actual case reports “contradict the common belief that female sexual perpetration is rare.” One study quoted in the report found that 43 percent of the 284 college and high school males interviewed stated they had been “sexually coerced” and that 95 percent of the incidents had been perpetrated by females.

Joyce McKinney And The Aftermath Of The Manacled Mormon Case 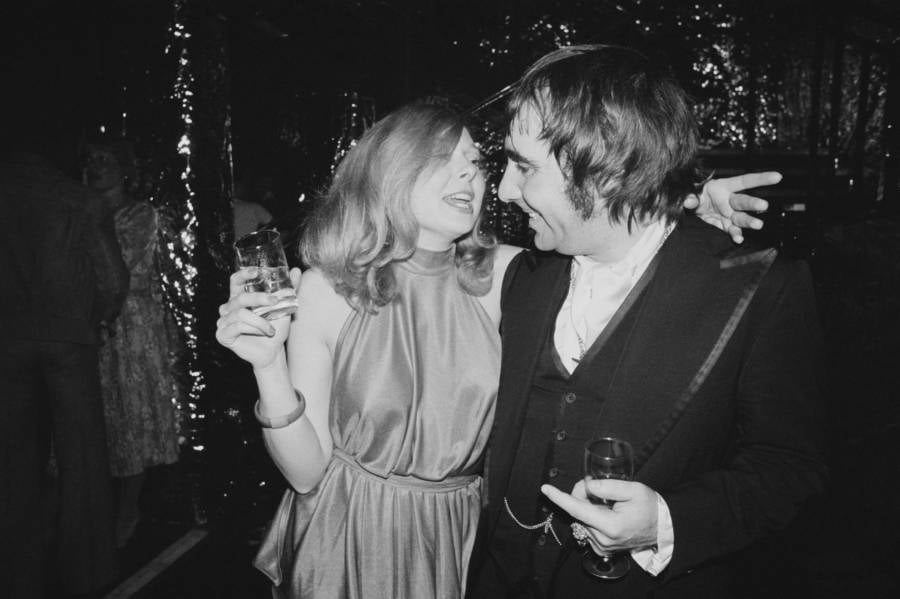 Evening Standard/Hulton Archive/Getty ImagesJoyce McKinney with famous rock drummer Keith Moon of The Who at the London premiere of the film Saturday Night Fever on March 23, 1978.

However, in the United Kingdom at the time of the manacled Mormon case, charges of rape could not be brought against a woman when the alleged victim was a man.

So, although arrested and briefly held in jail on kidnapping and assault charges (along with Keith May), Joyce McKinney was never charged with the rape of Kirk Anderson. In any event, she jumped bail and returned to the United States. British authorities never sought her extradition and with that, the manacled Mormon case came to an inconclusive end.

But in 1984, the case popped up again after McKinney was arrested after being found near Anderson’s workplace in Salt Lake City, allegedly with rope and handcuffs in her car (McKinney claims she simply happened to be passing through the airport where he was working). 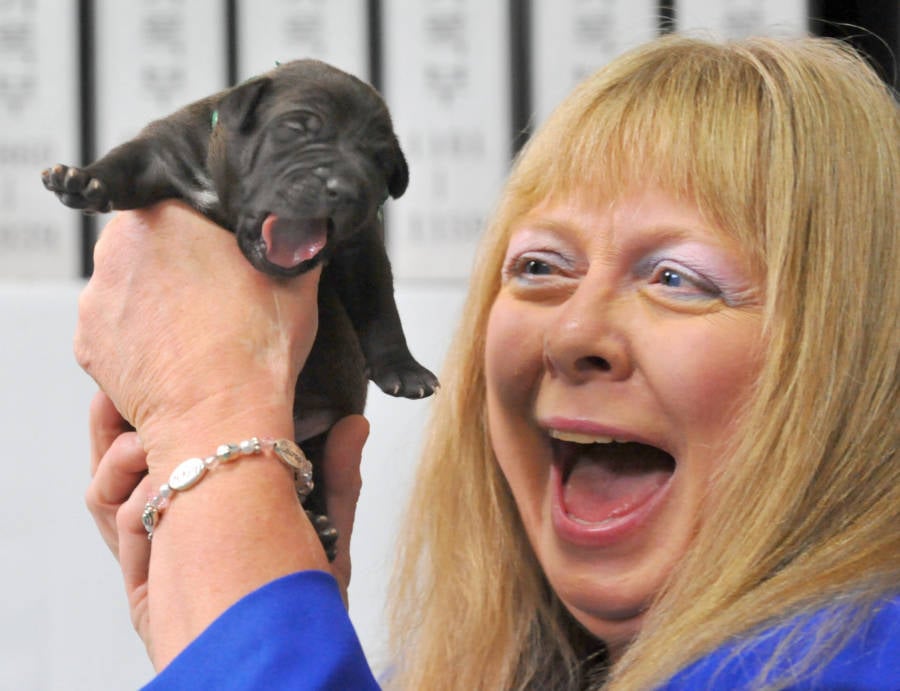 McKinney briefly reappeared in headlines again in 2008 after becoming the owner of the world’s first cloned puppies. A laboratory in Seoul, South Korea had cloned McKinney’s beloved pet Booger for her. Amid the ensuing publicity, a newspaper identified her as the woman from the Kirk Anderson case decades earlier. When asked if she was the same Joyce Mckinney of “Manacled Mormon fame,” she supposedly snapped, “Are you going to ask me about my dogs or not? Because that’s all I’m prepared to talk to you about.”

Even after all these years, we may never know the truth about the manacled Mormon.

After this look at the case of Joyce McKinney and Kirk Anderson, read up on Akku Yadav, the man who raped dozens of women before they got brutal revenge on him. Then, discover the secrets of the Mormon temple garment popularly known as “magic underwear.”