Meet Judy Buenoano, The ‘Black Widow’ Serial Killer Who Murdered Her Family — And Almost Got Away With It

In the 1970s and '80s, Judy Buenoano killed her husband, her next boyfriend, and even her own son for insurance money. And no one suspected a thing — until she tried to firebomb her last fiancé's car. 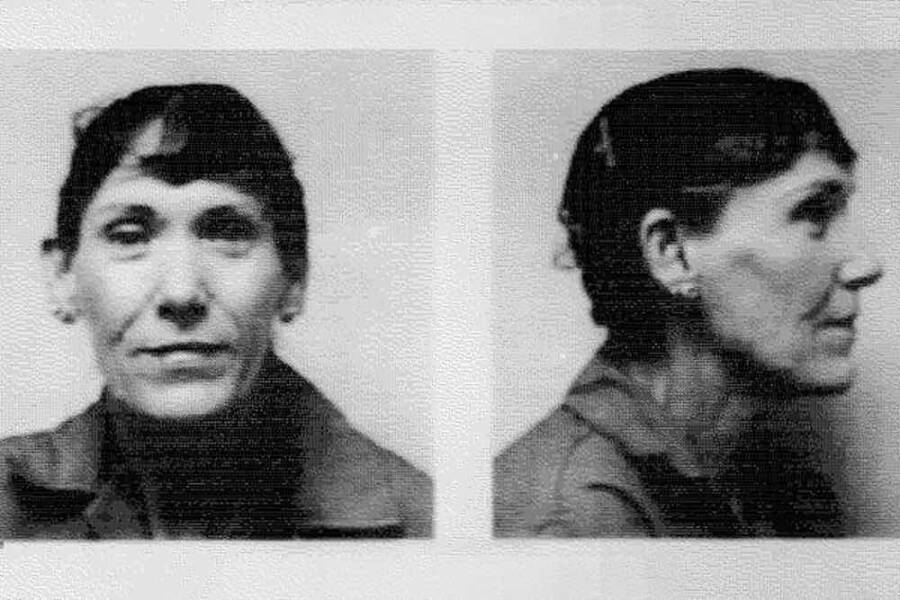 U.S District Court/The Middle District of Florida Judy Buenoano was the first woman to die in the electric chair in Florida.

Judy Buenoano was one of the most cunning American serial killers of the 1970s and ’80s. Though she didn’t have the highest body count, she still became infamous for killing people who were close to her. She murdered her husband, her boyfriend, and even her own son — for insurance money.

After each death, Buenoano quietly collected thousands of dollars — and used the cash to start a salon, buy fancy jewelry, and purchase a new car. She was living the “high life” in Florida — and no one suspected a thing.

It was only when her last fiancé’s car mysteriously exploded in 1983 that the police began to get suspicious. And once authorities dug a little deeper, they would soon uncover even more shocking crimes. By 1985, the woman known as the “Black Widow” was sentenced to death.

Today, Buenoano remains largely forgotten in comparison to more prolific serial killers. And yet her case still stands out — because of the disturbing greed behind the murders. Buenoano also made history: She was the first woman executed in Florida in 150 years and the first woman ever in the state to die in the electric chair. This is her twisted story.

The Early Life Of Judy Buenoano 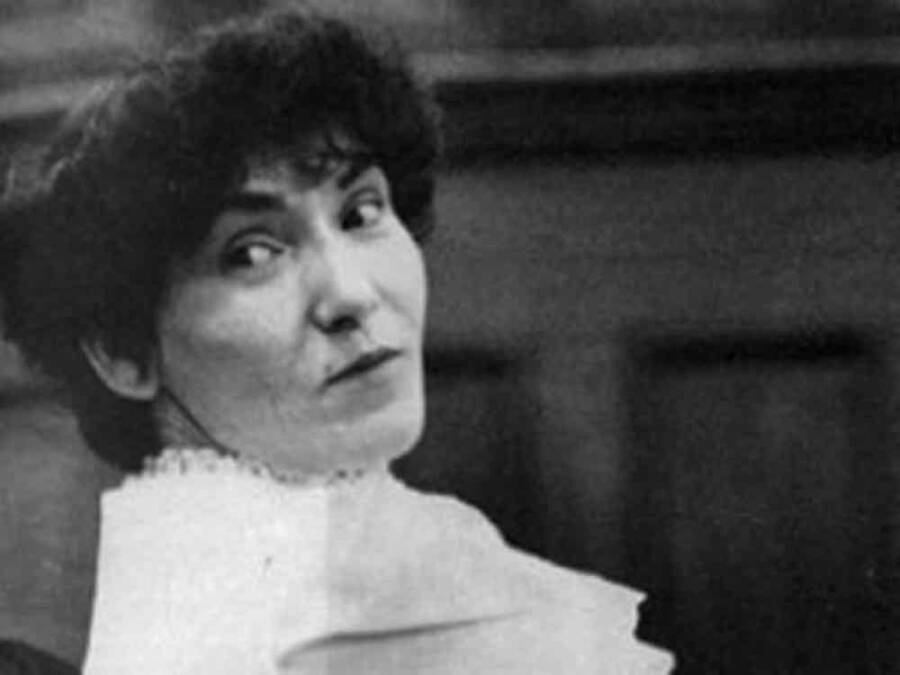 PinterestThe “Black Widow” was given her infamous nickname because of her callousness in court.

Before she became Judy Buenoano, she was born Judias Welty on April 4, 1943, in Quanah, Texas. She had a difficult childhood. After her mother died when she was four years old, she was sent to live with other family members. Passed among a few relatives, she occasionally lived with foster families.

Buenoano claimed that she was sexually and physically abused at many of these homes. Even when she moved in with her father and his new wife at age 10, she said that she was often beaten while living there as well. Though Buenoano successfully graduated from a reform school in New Mexico in 1959, she also became pregnant when she was just 17.

In 1961, Buenoano gave birth to a son named Michael. Shortly after that, she met a young airman — Air Force Sgt. James Goodyear — and quickly began a relationship with him. They married in 1962. And a few years later, the family welcomed two more children, James and Kimberly.

In the late 1960s, the family moved to Orlando, Florida. This was mostly because Goodyear was reassigned to a Strategic Air Command base at McCoy Air Force Base (which is now the Orlando International Airport). Goodyear also spent about a year in Vietnam and came home in 1971.

But something strange happened when he got back. Just a few months after he returned in May, the healthy man began to suffer from mysterious symptoms. And by September, he was dead.

Shortly after Goodyear’s tragic death, his widow collected $28,000 in life insurance and about $64,000 in Veterans Administration benefits.

Buenoano also decided to move to Pensacola, Florida. And it was there where she began a relationship with a new man named Bobby Morris in 1972. 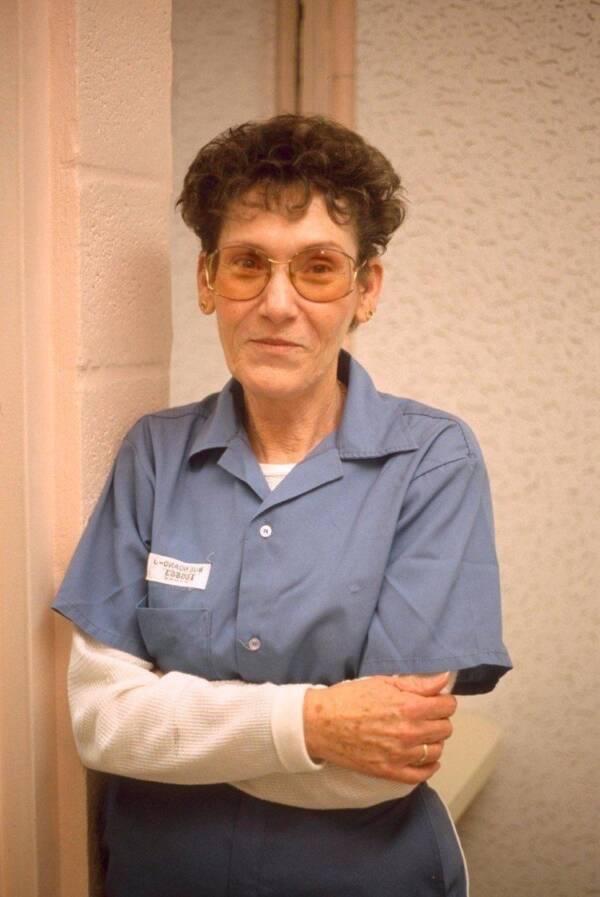 FacebookBuenoano never admitted to her crimes and once bragged that Florida would never execute her.

When Morris moved to Colorado, Buenoano and her children followed. But a few years later, Morris began to exhibit strange symptoms — eerily similar to the symptoms Goodyear had experienced. In 1978, Morris died.

Strangely, both Goodyear and Morris were believed to have died from heart attacks, according to their doctors.

As Morris’s “common-law wife,” Buenoano quietly collected on three separate life insurance policies taken out on his life. She then returned to Pensacola, Florida. It was around this time when she changed her last name to “Buenoano” — a grammatically incorrect Spanish translation of “Goodyear.”

By 1979, Buenoano’s adult son Michael had joined the U.S. Army — perhaps inspired by the late Goodyear. But yet again, distressing symptoms began to emerge — as Michael became very ill.

He was eventually diagnosed with arsenic poisoning — which affected his arms and legs. Discharged from the Army, he soon required the use of heavy metal leg braces. Then in 1980, Buenoano took Michael canoeing in Florida’s East River. At some point during this trip, the canoe capsized.

Though Buenoano safely swam back to shore, Michael drowned after being dragged underwater by his heavy braces. Initially, his death was ruled an accidental drowning. And yet again, Buenoano quietly collected more money from her son’s life insurance policy.

So far, Buenoano had killed stealthily, feeding her lovers arsenic and drowning her son in a secluded area. But the next time she tried to kill, she used a method that was far less covert — and attracted the attention of the authorities. 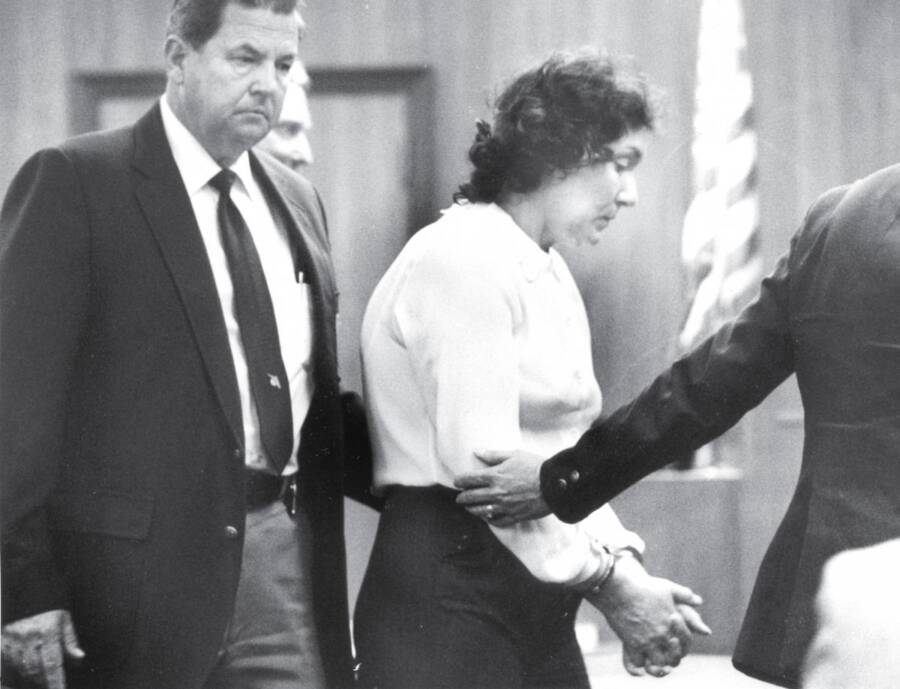 After Michael’s death, Buenoano began dating a new man named John Gentry. He later described seeing her for the first time, recalling darkly: “[Judy] was standing at the bar, all dressed in black. She wore black quite a lot. In fact, psychologically, I think that says a lot about her.”

Buenoano convinced Gentry — her future fiancé — that they should take out life insurance policies on each other. In the event of Gentry’s death, Buenoano would receive $500,000. And so the “Black Widow” got to work.

She initially tried to kill him with “Vitamin C” capsules when he caught a cold. But the pills made Gentry seriously ill, and he ended up going to the hospital for his symptoms.

While he felt better after being treated, he soon needed to return to the hospital — because his car was firebombed in 1983. Miraculously, Gentry survived the explosion. But when investigators heard what happened, they soon became suspicious of Buenoano.

“Judy just went one murder too far,” said Pensacola detective Ted Chamberlin. “If she’d just let that last boyfriend alone, she probably could have walked away from the other murders.”

Chamberlin’s investigation led to Buenoano’s arrest — and the exhumation of Goodyear, Morris, and her son. It was later revealed that all three of them were victims of arsenic poisoning.

The Execution Of The “Black Widow” 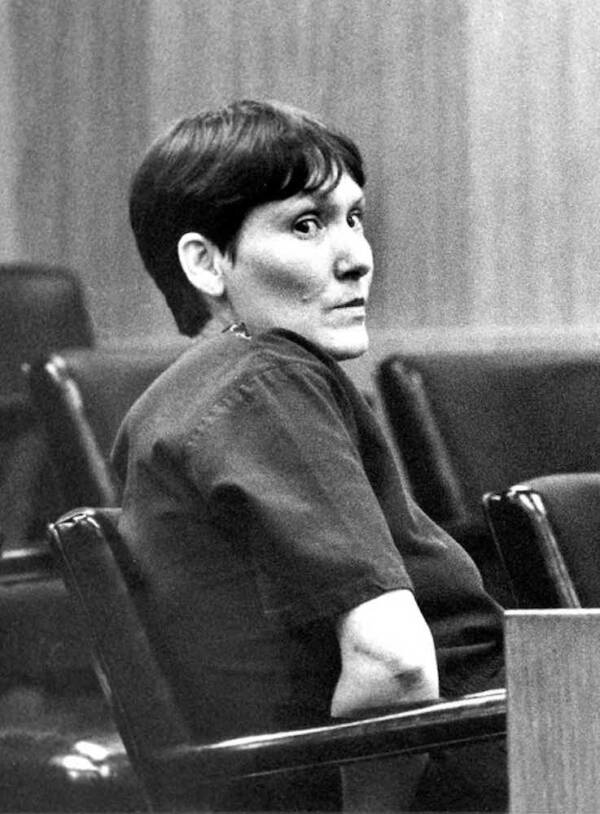 U.S District Court/The Middle District of FloridaBuenoano had collected about $240,000 in life insurance money after the murders.

In 1984, Buenoano was found guilty of attempting to murder Gentry. And not long after that, investigators unearthed evidence that also found Buenoano guilty of the murder of Goodyear and the drowning of her son Michael.

While authorities also believed that she was responsible for the death of Morris, Colorado prosecutors decided not to formally file murder charges — since she was already given the death sentence in Florida in 1985.

Buenoano’s crimes had spanned 12 years. She had collected about $240,000 total in life insurance money because of those crimes. And she never admitted to any of it. Not even when the “vitamins” she had been feeding Gentry were found to contain paraformaldehyde. 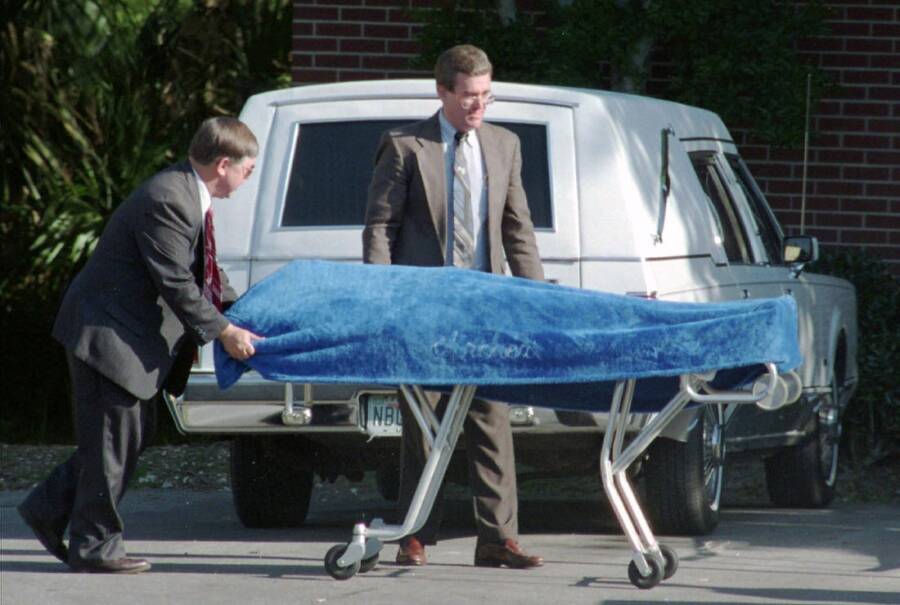 FacebookBuenoano’s body being taken to the morgue in Gainesville, Florida.

Her callous indifference in court led Pensacola prosecutor Russell Edgar to give her an ominous nickname. “She’s like a black widow,” he said. “She feeds off her mates and her young.”

Though Buenoano attempted to appeal, all of her claims were ultimately rejected. And so she ate her last meal on March 30, 1998. The 54-year-old enjoyed steamed vegetables, fresh strawberries, and hot tea.

The prison staff then prepared her for execution. And at 7:13 a.m, she died in the chair. To the end, Buenoano refused to admit to anything.

When asked if she had any last words, Buenoano murmured, “No, sir.” She died as she had lived — quietly, with a twisted story hidden underneath the surface.

After reading about Judy Buenoano, learn about the nine most gruesome serial killer couples. Then, read about the crimes of 11 famous American serial killers.