A court found Julia Enright guilty of murdering Brandon Chicklis in 2018, which prosecution alleged she did as a "special gift" to her current boyfriend. 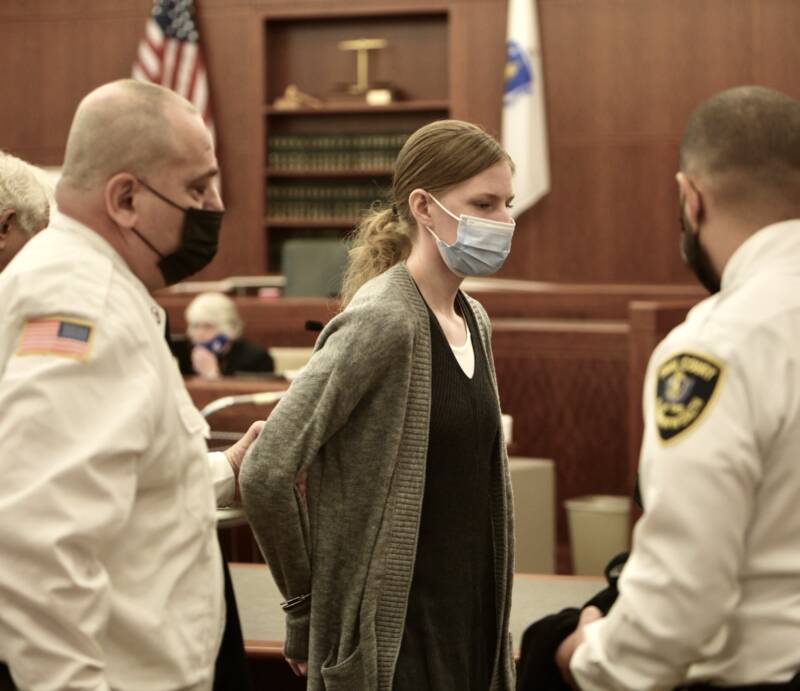 Telegram & Gazette/TwitterJulia Enright was found guilty of murder in the second degree after a three week trial.

A treehouse might conjure images of childhood innocence. But a murder trial in Massachusetts alleged that one such structure set the stage for the gruesome murder of 20-year-old Brandon Chicklis. And a Worcester Superior Court jury has just convicted his ex-girlfriend, Julia Enright, of killing him in one.

“Justice was served,” said Worcester County District Attorney Joseph D. Early Jr. He noted that Chicklis’s family felt relief, but “the thing you want to give them, you can’t give them and that’s Brandon back.”

Enright may have even bound Chicklis, who was stabbed in the chest a dozen times, within the treehouse. The prosecution noted that “restraints” were drilled into the treehouse walls and that Enright had previously purchased rope and chains.

“She set up the treehouse with a tarp and a blanket and restraints and whatever else,” argued Assistant District Attorney Terry J. McLaughlin during the trial. “She got him to the treehouse, and she killed him.”

Next, the prosecution alleged, Julia Enright and John Lind wrapped Chicklis in a tarp and dumped his body off a highway embankment in Rindge, New Hampshire.

But Enright also left a trail. The prosecution pointed to a text Enright had sent Lind minutes before inviting Chicklis over, in which she wrote, “do you think we could add bubbles to a blood bath?”

They also presented evidence in the form of Enright’s journals. Five days after Chicklis’s death, Enright wrote that she was “turned on” by “the event.” She also described apprehension that her “gift” had gone unappreciated, though she referred to it as a “bonding experience” that was “very exciting.”

During her testimony at the trial, Julia Enright insisted that the “event” in question was actually a grave-robbing, but the prosecution dismissed her argument as a lie.

The prosecution also revealed evidence that Enright was obsessed with blood and killing. She collected dead animals in jars, had vials of blood in her room, and had tried to bribe Planned Parenthood to allow her to take her aborted fetus home. Enright also had written in her journal about her “insatiable curiosity to kill a person.” 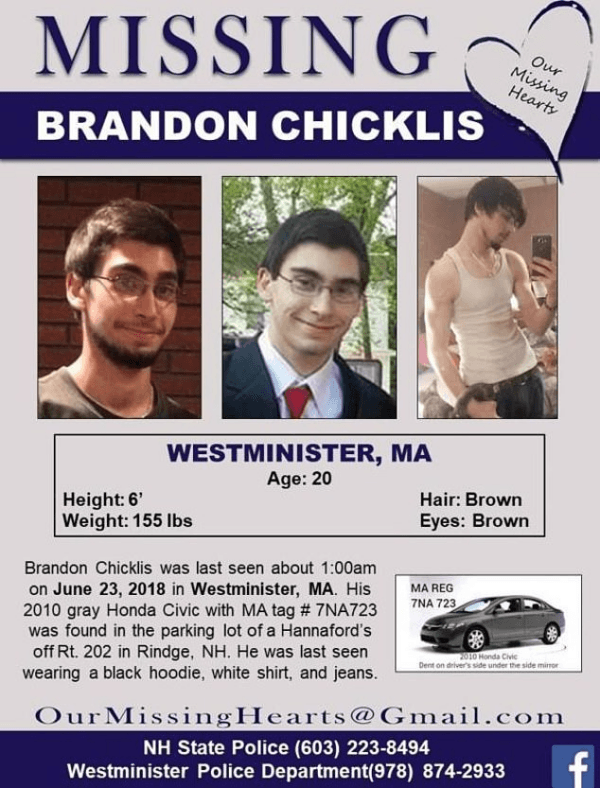 Our Missing HeartsBrandon Chicklis’s body was found by a jogger 17 days after Enright killed him.

But Julia Enright and her lawyer argued that something else entirely had happened in the treehouse on June 23. Enright claimed that Chicklis had sexually assaulted her and that she’d closed her eyes and stabbed him in self-defense.

“I kept trying to push him off and at one point he shoved me into the wall and I hit my head,” Enright testified.

Her lawyer, Louis Badwey, said that the prosecution was casting Enright as a “dirty girl” to undermine her claim of sexual assault. He argued that someone as meticulous as Enright would not have planned to kill anyone in the treehouse, which was on her neighbor’s property and risked unwanted attention.

Enright herself claimed that her journal entries did not reflect her true thoughts but were a “persona” she had created to deflect inner feelings of weakness.

In the end, however, the jury sided with the prosecution. They found Julia Enright guilty of murder in the second degree of Brandon Chicklis.

“You’re always hoping for a first-degree [conviction],” Early said. “We thought the evidence was what it is. But you’ve got to respect the jury’s decision… We’re very happy with the decision.”

Enright will return to court for sentencing on Jan. 18, 2022. For now, she faces life in prison with the possibility of parole in 15 to 25 years.

For Early, that’s a satisfying sentence. “You can’t be unhappy with a mandatory life sentence with the possibility of parole,” he said

After reading about Julia Enright, learn about Danyal Hussein, the satanic killer who murdered two women in London as part of a “blood pact” with demons. Or, discover the story of Erin Caffey, the 16-year-old who allegedly convinced her boyfriend to murder her family.