The Teenager Who Saved Dozens Of Jews From Nazi Death Squads

At the height of the Holocaust, 23 Jews arrived at Julian Bilecki's home seeking shelter. He didn't have the room, so he made it. 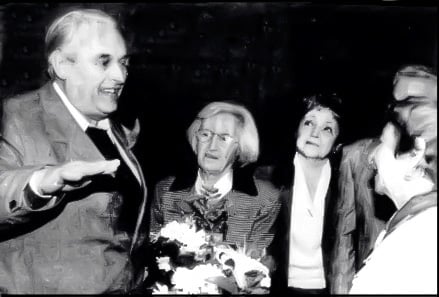 Genia Melzer was 17 years old when she found herself lying atop a pile of corpses, thanking God she was still alive.

Melzer, like many other Jews living in the village of Zawalow in eastern Poland, was a primary target of Nazi extermination squads. Between 1942 and 1943, Nazis rounded up approximately 3,000 Jews in the area and brought them to Zawalow.

The Nazis eventually transported them to the Podhajce ghetto, where nearly all of them were slain. 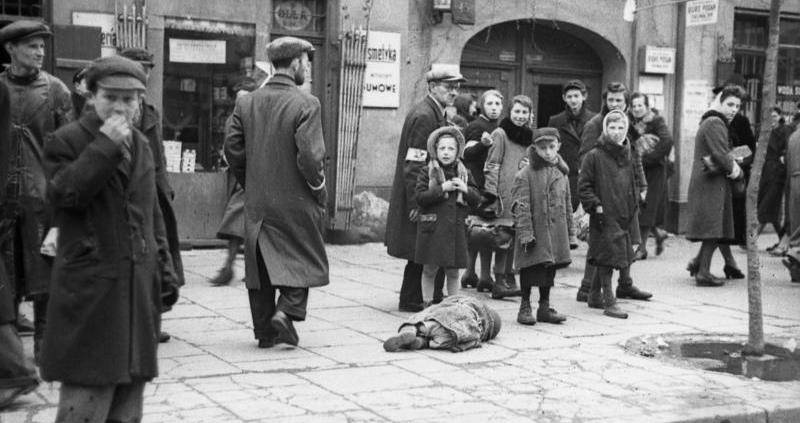 A Jewish ghetto in Warsaw during Nazi occupation.

Around 100 people survived, Melzer among them. And they all needed a place to hide.

Sabina Grau Schnitzer and her family were among those in search of safety. Following the ghetto’s liquidation, the then-nine-year-old accompanied her family to bury a bag of bodies. She and her family never returned. Instead, they — along with dozens of others — sought the help of the Bileckis, a poor, Christian family living in present-day Ukraine.

Of the Bilecki clan, whose patriarchs many of the refuge-seekers knew before the war, teenager Julian played the largest role in accommodating these desperate guests. 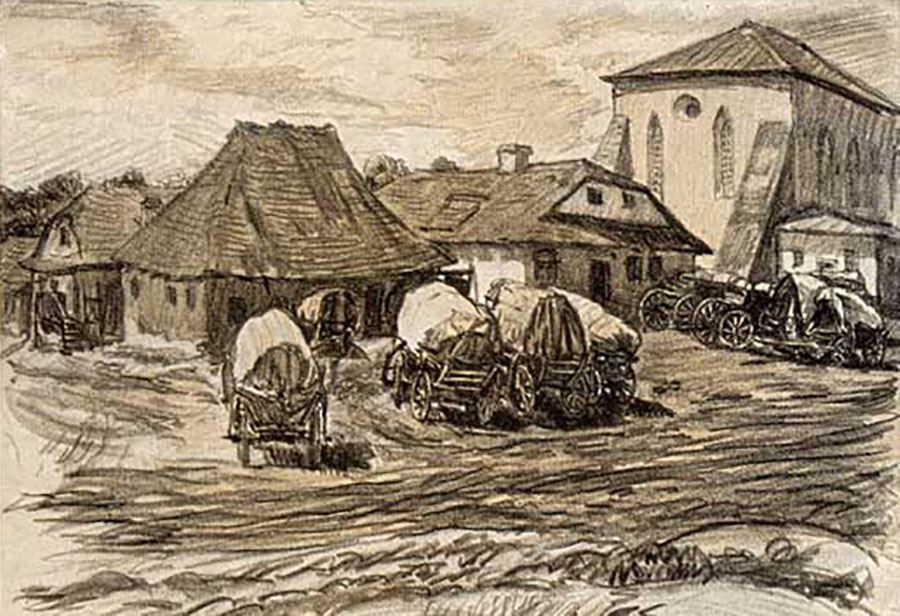 “They were afraid,” Bilecki recalled. “They came to my house and asked for help.”

A family of modest means, the Bileckis did not have the space to house these guests, of which there were 23 in total, in their home. Fully aware that not coming to their aid would almost certainly spell their deaths, the gangly teen thought on his feet: What if he built them a sanctuary in the woods?

And that Bilecki did. “We dug a hole in the ground and made a roof with branches and covered it with dirt,” Bilecki recounted. “We burned wood and cooked only at night. It’s hard to believe we all lived through that time.”

Unbelievable is right: Events that transpired over the year or so that the Jews stayed in the makeshift bunker make Bilecki’s story hard to fathom. Indeed, even though Bilecki made every effort he could to render the bunker undetectable — such as climbing tree tops when dropping off food so as to not leave tracks in the snow — the bunker was discovered not just once, but twice.

The group’s survival — along with the Bilecki family, who could face major repercussions for hiding Jewish people from Nazi pursuit — was all but assured. Survivors later recalled how in one tense instance.

This was not a typical occurrence, however. Each day, Bilecki or one of his family members would bring sacks of food — typically potatoes, beans, and cornmeal — to a pre-specified spot in the woods. One of the people hiding in the bunker would pick up the delivery each night. Each week, a member of the Bilecki family would visit those living in the bunker in order to sing hymns and offer updates about the world beyond their earthen confines.

To the 23 individuals living in the bunkers, the Bileckis offered more than sustenance.

“They gave us food for the soul: hope to survive,” Schnitzer told the Jewish Week. “They deprived themselves. They endangered their lives.”

“It was like heaven,” Melzer, whom Julian Bilecki rescued himself when he found her wandering alone in the woods, added.

In March 1944, it all came to an end — at least in one sense. The Russian Army arrived on March 27, liberating the remaining Jews under the Nazi chokehold. The men, women, and children in Bilecki’s bunker were finally free to rise, and they did.

But they never forgot Bilecki. Despite the years and distance, the people Julian Bilecki and his family saved would continue to correspond with and send money to Bilecki, who remained poor.

Bilecki would go on to work as a bus driver and remain in his hometown. That is, until the Jewish Foundation for the Righteous (JFR) sought to reunite Bilecki with those he had saved in 1998.

When the organization, which offers moral and financial support to the known individuals who risked their lives to save Jews during the Holocaust, flew Bilecki across the Atlantic Ocean and to New York City, it marked a number of firsts.

But it also marked a return.

“Julian walked in, and he stopped, and he was in shock,” JFR executive director Stanlee Stahl said. “He couldn’t believe that they were all there. Tears welled up into his eyes, and he looked around stunned. He was overwhelmed.”

“He said, ‘I remember you when you were young and didn’t have gray hair,’” Stahl added. “’You have gray hair, and so do I. Look where we are now. Did we ever think we could be here?’”

That can perhaps be most plainly seen in the items he carried with him on his transatlantic trip. On the plane to New York’s JFK Airport, Bilecki brought two things. One item was a bible. The other was a bag of mushrooms — just like those the 23 men and women he helped save consumed in a bitter Polish winter — as a reminder of survival.

After reading Julian Bilecki’s heroic story, read about Gisella Perl, the “Angel of Auschwitz” who delivered thousands of babies in Nazi concentration camps. Then, discover the tale of Nicholas Winton, the British Schindler who saved 669 children from the Holocaust and kept it quiet for nearly half a century.