The History Of Juneteenth, The Holiday That Celebrates The End Of Slavery

While Juneteenth began as a local celebration of Texas' last slaves being freed on June 19, 1865, it has since evolved into a worldwide celebration of freedom. 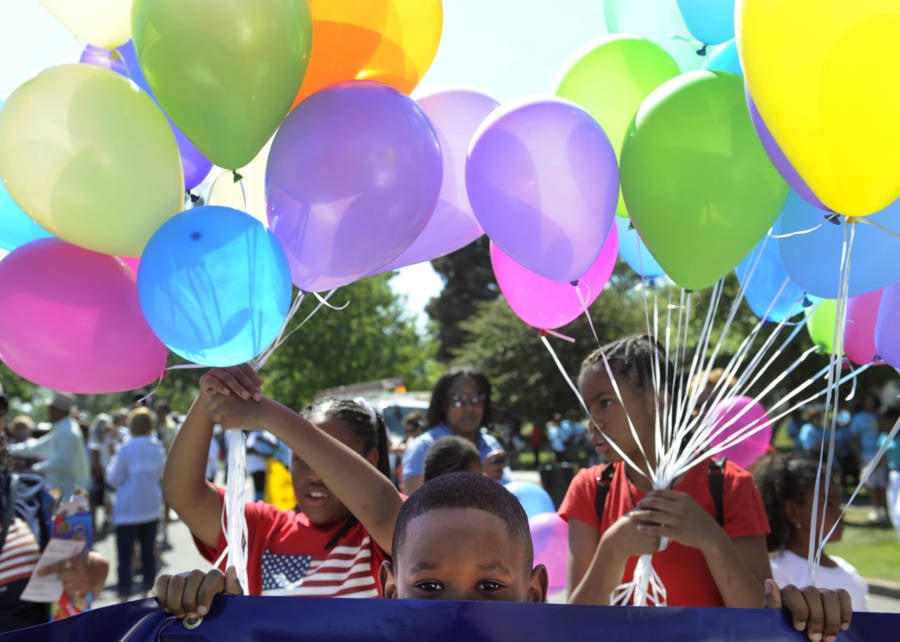 On June 19, 1865, crowds of slaves gathered in Galveston, Texas to hear an announcement from Union Army General Gordon Granger. “The people of Texas,” said Granger, “are informed that in accordance with a proclamation from the Executive of the United States, all slaves are free.”

That “proclamation” was the Emancipation Proclamation, and though it was supposed to have freed the South’s slaves on January 1, 1863, some 250,000 Black Texans were still in chains in 1865. Like many Southern states, Texas had refused to spread the news or enforce it, leaving plenty of slaves in the dark about their own freedom for more than two years until the Civil War ended in the spring of 1865.

But when Granger read the news, the last of Texas’ slaves now knew they were free, with some even walking away toward freedom before Granger even finished his speech. Ever since then, countless Black Americans (and, increasingly, Americans of other races) have celebrated this event as the end of U.S. slavery with a holiday known as Juneteenth.

From the meaning behind it to the celebrations held today, these are the most important facts and stories about the history of Juneteenth.

What Is Juneteenth And How Is It Celebrated?

While charting the end of slavery in the U.S. is complicated by several possible endpoints (let alone the school of thought that says it never ended, only evolved), Juneteenth stands as the widely-accepted occasion for celebrating slavery’s end. Those freed in Texas on June 19, 1865 weren’t literally the last Americans released from bondage, but their story of deliverance represents the joyousness of freedom for people to this day.

Also known as Jubilee Day or Freedom Day, Juneteenth (a portmanteau of June and 19th) is widely seen not as a moment of mourning and solemnity, but instead as a day for celebration.

“This is our day to be happy,” said Paul Herring of Flint, Michigan, who’s organized Juneteenth celebrations there for more than a decade. And as The New York Times put it, it’s like “Martin Luther King’s birthday without the grieving.”

“When I think of Martin,” Herring said, “I can’t help but see the dogs and the sticks and the little girls in the church. But when I think of Juneteenth, I see an old codger kicking up his heels and running down the road to tell everyone the happy news.”

That spirit of joy has informed Juneteenth celebrations like Herring’s for more than a century.

Traditional festivities feature strawberry soda (the unofficial drink of the holiday) and barbecues held in parks. Meanwhile, there are parades filled with elaborate and colorful costumes as well as everything from rodeos to street fairs to historical reenactments. 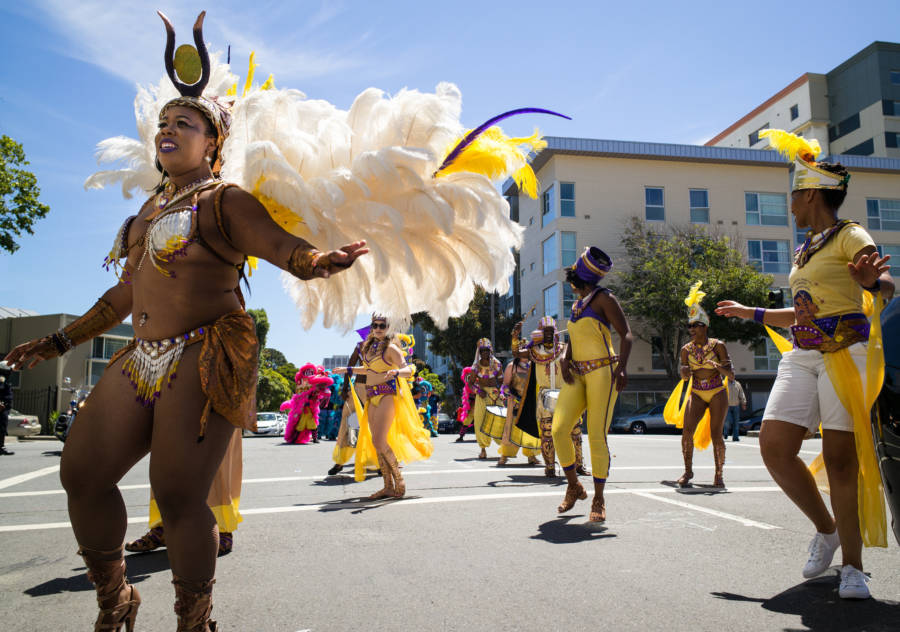 vhines200/FlickrDancers fill the streets during a Juneteenth celebration in San Francisco.

At any of these venues, you’re likely to find a preponderance of the color red. From the strawberry soda to the red velvet cake to all manner of clothing, red defines many Juneteenth celebrations.

The color commemorates both the blood of the millions of slaves who suffered under institutionalized brutality as well as the West African communities their ancestors were ripped away from, where red often symbolizes strength.

For even though Juneteenth is a day of celebration, it’s thoroughly tied to its history and its cultural roots. Festivities are likely to include lectures and exhibitions on Black culture and historical plays and pageants.

To be sure, the history of Juneteenth — known as “America’s second Independence Day” — remains of the utmost importance to this day.

The History Of Juneteenth: The Meaning Behind The Holiday 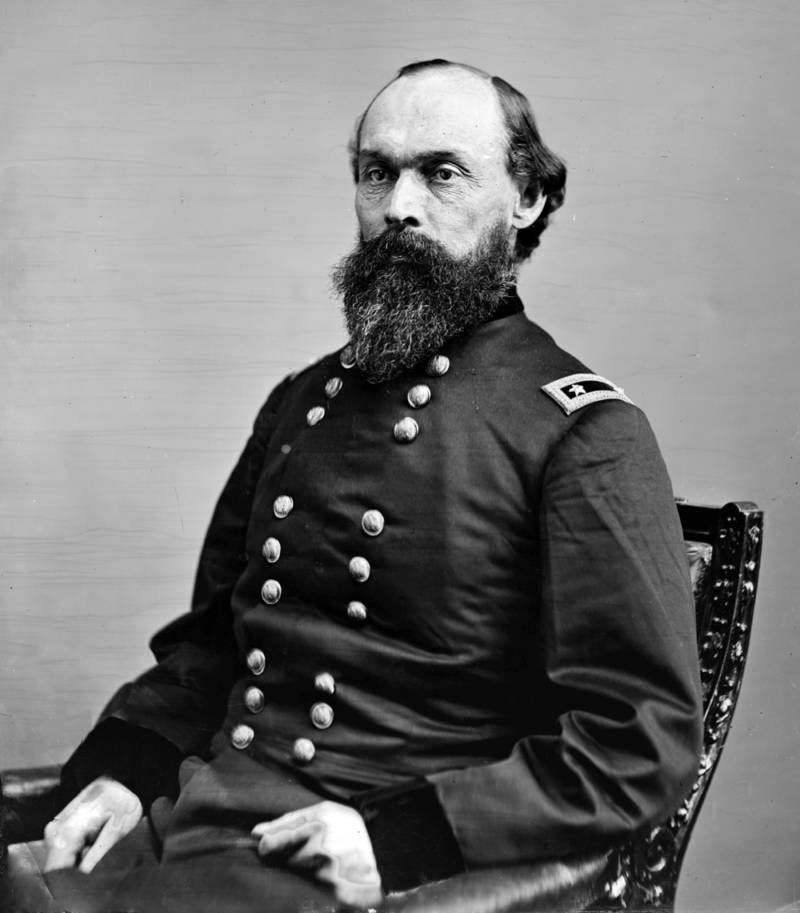 Wikimedia CommonsGordon Granger, the man who read the declaration of emancipation in Galveston, Texas.

Even though Abraham Lincoln issued the Emancipation Proclamation on Sept. 22, 1862 and it was set to release all Southern slaves on January 1, 1863, slavery persisted throughout the Confederacy until the end of the Civil War in the spring of 1865 — and even afterward.

Texas’ state government and its slave owners knew about the Proclamation soon after it was issued, but instead of trying to comply, they fought back. Texans filed multiple lawsuits challenging the proclamation between 1863 and 1865.

According to JSTOR Daily, some of these lawsuits “attempted to gain some kind of financial compensation from the government for the loss of revenue from the slave trade, even after it was made illegal.”

Texans resistant to emancipation withheld the news of the Proclamation from their slaves in order to keep the free labor and maintain the status quo. Meanwhile, those who tried to spread the news were reportedly shot, and there’s even a theory that the federal government helped keep emancipation quiet in order to get a few more cotton harvests out of the slaves. And so the institution of slavery continued unchecked.

In 1865, an estimated 250,000 Black Americans continued to suffer under slavery in Texas, and it would take a show of military force for the state to finally set them free. This is where the history of Juneteenth begins. 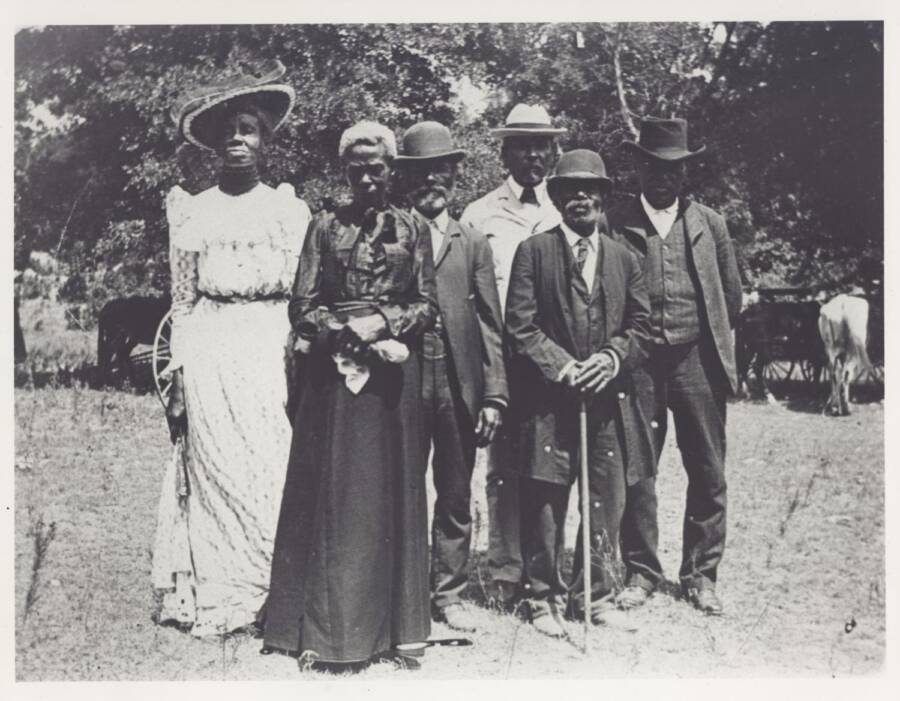 On the morning of June 19, 1865, Union Army General Gordon Granger rolled into Galveston Island, outside Houston, accompanied by 1,800 federal troops. He climbed up to the balcony of the Ashton Villa and declared:

“The people of Texas are informed that, in accordance with a proclamation from the Executive of the United States, all slaves are free.”

With that, freedom was the law of the land. Not everything Granger had to say was good news, however. Thinly-veiled threats littered his declaration.

He said freed slaves would “not be supported in idleness” and that they ought to “remain quietly at their present homes.” These newly freed people were advised to continue working for their former masters for wages instead of starting their own businesses or starting new lives elsewhere.

He did not mention that these wages would be very low. Nor did he say that the newly won freedom for Black people would be oppressively limited.

Even so, for people who had spent their whole lives as slaves just like their ancestors before them, the news of freedom made this an unimpeachably historic day.

While the 13th Amendment outlawing slavery wasn’t ratified until December 1865 and scattered reports of slavery popped up even after that, the freeing of Texas’ last slaves on June 19 has long stood in for the end of slavery to all who’ve celebrated Juneteenth for the last century and a half. Nevertheless, the history of Juneteenth would be filled with decades of struggle to come. 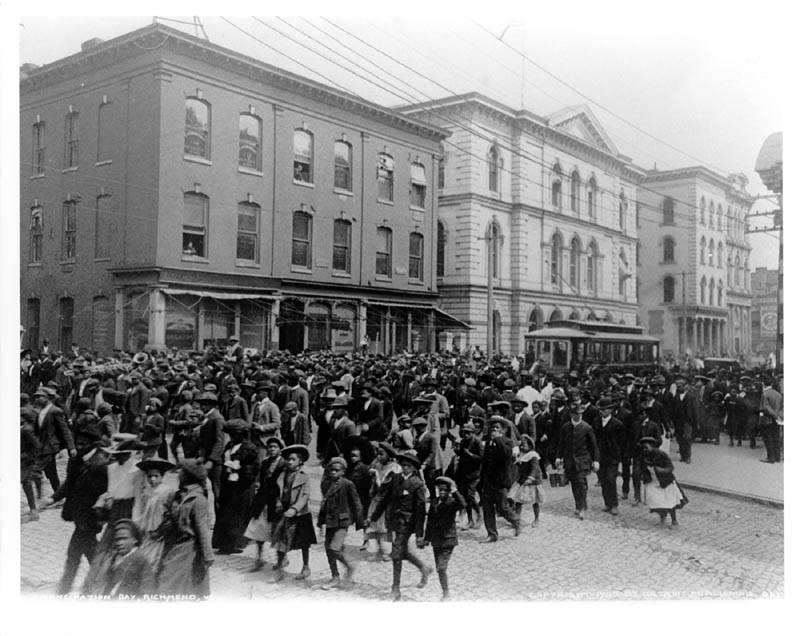 The inaugural Juneteenth celebration came on the first anniversary of that historic day in Texas: June 19, 1866. The festivities started in Galveston and then spread throughout Texas after an 1867 parade in Austin brought the celebration to greater attention.

Early celebrations often included prayers, readings of the Emancipation Proclamation, and former slaves sharing their memories of life in bondage. And like today, barbecue, strawberry soda, dancing, and rodeos also made up a large part of the holiday.

However, when whites forbade Blacks from using public spaces under Jim Crow laws, Juneteenth celebrations in Texas were in jeopardy.

But in Houston, Baptist minister and former slave Jack Yates helped form the Colored People’s Festival and Emancipation Park Association. In 1872, they pooled together $800 to purchase 10 acres of open land for their Juneteenth celebration. They named it Emancipation Park. While securing a place to celebrate represented a victory, the park remained the only one in Houston open to Blacks for most of the Jim Crow era. 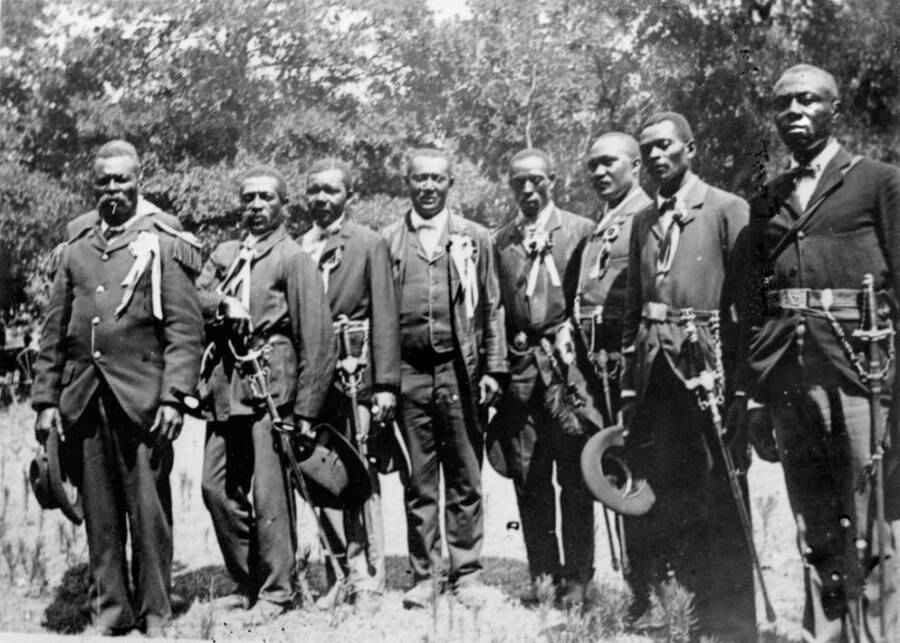 Austin History Center/Austin Public LibraryJuneteenth began as a local celebration in Texas, but it’s now celebrated around the world.

Another similar Emancipation Park stands in Austin, and the Booker T. Washington Park in Mexia was also purchased by Black community leaders so they could have a place to gather and celebrate on Juneteenth and in general.

But like in Houston, these parks throughout Texas were often the only ones in the area that Blacks could visit between Reconstruction and the civil rights movement due to segregation laws. And due to the poverty into which so many Black communities were forced, many of these parks fell into disrepair.

The History Of Juneteenth As It Spread Across The Nation 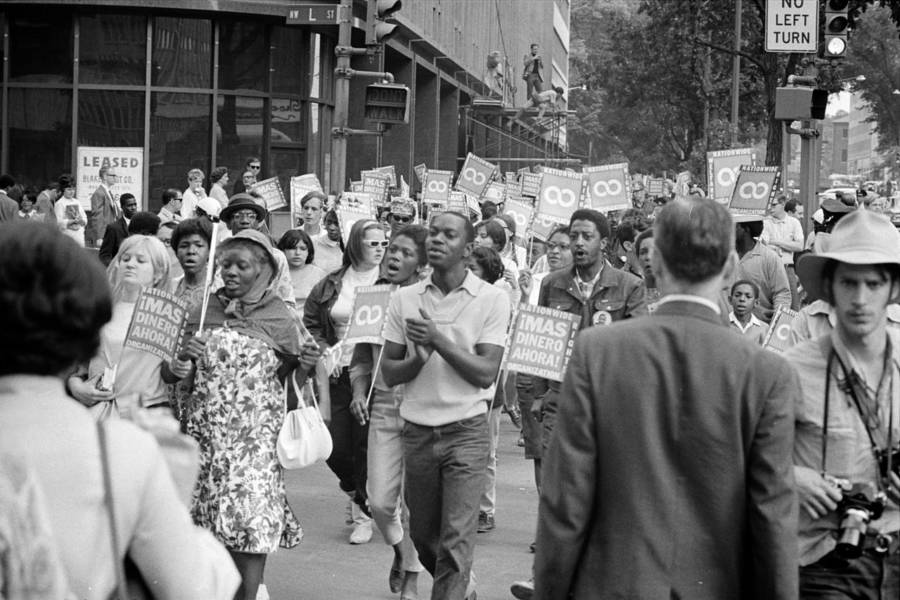 For a long time, Juneteenth was only celebrated in Texas. And by the 1930s, hundreds of thousands of people each year were finding their way to various celebrations in Texas.

Then, with the second wave of the Great Migration — which saw about 6 million Black Americans leave the South for other areas of the U.S. in the middle decades of the 20th century — Juneteenth spread across the nation. Cities in the North and West now saw an influx of Black people from Texas who brought their celebration with them.

The civil rights movement then helped spread Juneteenth even further. In 1968, tens of thousands of participants in the Poor People’s March on Washington — initially organized by Martin Luther King Jr. and carried out by Rev. Ralph Abernathy after King’s death — learned about the Texas tradition and shared Juneteenth’s meaning with a wider audience once the demonstration featured a celebration of the holiday.

Many of the people present at the demonstration then brought the holiday home with them and celebrated it in every state across the country. The holiday just got bigger and bigger from there.

By 1980, it was an official state holiday in Texas. Today, there are only four states that don’t recognize Juneteenth as a state holiday or special day of observance: Hawaii, North Dakota, South Dakota, and Montana. Still, the federal government hasn’t officially recognized Juneteenth despite repeated efforts.

Shows like Black-ish (above) have helped spread Juneteenth’s meaning by airing Juneteenth-themed episodes in recent years.

Today, Juneteenth is only growing in size and it’s starting to get recognized in every corner of the world. It’s recently spread faster than ever through social media and TV, as popular shows like Black-ish and Atlanta have aired special Juneteenth-themed episodes.

Plus, whole organizations have cropped up just to spread word of the holiday, sharing Juneteenth facts and practices with new audiences and promoting celebrations wherever they take place. Groups like the National Juneteenth Observance Foundation have petitioned to make June 19 a national holiday.

In 2018, the Senate passed a resolution to recognize “Juneteenth Independence Day” as a national holiday. However, the resolution has yet to be approved by the House. Still, Juneteenth is closer than ever to becoming a federal holiday.

Around the world, annual Juneteenth celebrations are held in France, Taiwan, Ghana, Afghanistan, and most every corner of the world. Back at home, many are hoping that the holiday can get the federal recognition it deserves.

As Wade Woods of San Francisco’s committee for Juneteenth said, “You’d think the end of slavery would be a holiday for all Americans.”

Now that you’ve learned facts and stories about the history of Juneteenth, read about the stories of Ella Baker and Emmett Till, both integral to the civil rights movement.