Meet The Kakapo, The Rotund New Zealand Parrot On The Brink Of Extinction

Found on remote New Zealand islands, the kakapo is a giant flightless parrot that has become critically endangered because of predation and human encroachment.

Kakapo birds are one of the most interesting creatures in the world. They are the heaviest parrot species on Earth, and their almost prehistoric look makes them stand out like a sore feather. 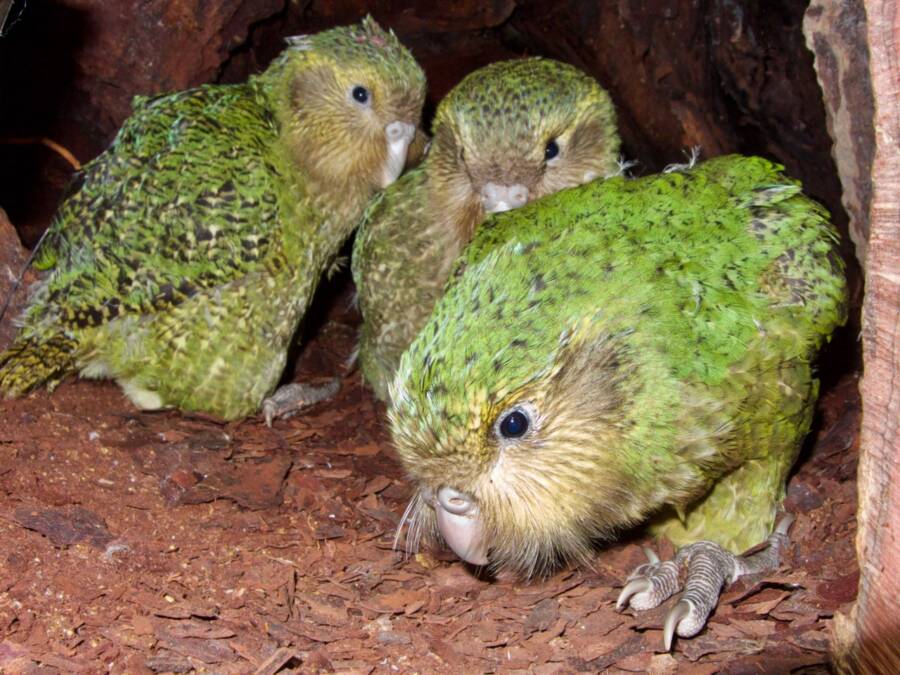 Andrew Digby/TwitterKakapo birds, also known as owl parrots, are a species of large parrots indigenous to the islands of New Zealand.

The oddly adorable kakapos are beloved for their friendly personalities and peaceful nature.

But sadly, these flightless birds are in danger of becoming extinct. Luckily, conservationists have stepped in and are working tirelessly to ensure we don’t lose these intriguing creatures forever.

Facts About The Kakapo 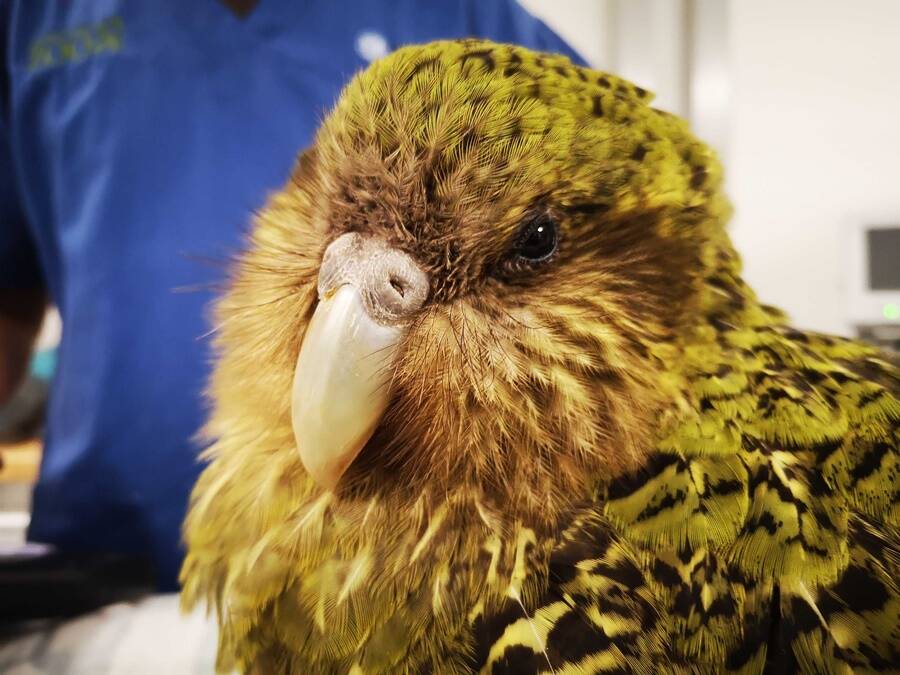 Kakapo (or kākāpō in Māori) are native to the islands of New Zealand. Their Latin name Strigops habroptilus loosely translates to “owl-face soft-feather,” which aptly describes their unique appearance.

This name is also why they are often dubbed “owl parrots” since they closely resemble owls, though genetic research has determined that the two species are not closely related.

“They’ve got this ancient wisdom thing going on as well. You get the feeling this is a species that has been around for a very long time and is slightly marooned in the modern world,” said Alison Ballance, a longtime advocate who hosts Kākāpō Files, a podcast that tracks conservation efforts.

Kakapos are considered a species of parrot and are nocturnal, hence their other nickname “night parrot.” With an average weight between four to nine pounds, they are by far the heaviest parrot species in the world.

These owl parrots feed on seeds, nuts, fruits, and flowers, but their favorite food is the rimu fruit, which contains high concentrations of vitamin D, an essential nutrient for their growth.

Kakapos are unable to fly, making them one of the largest flightless bird species in the world. 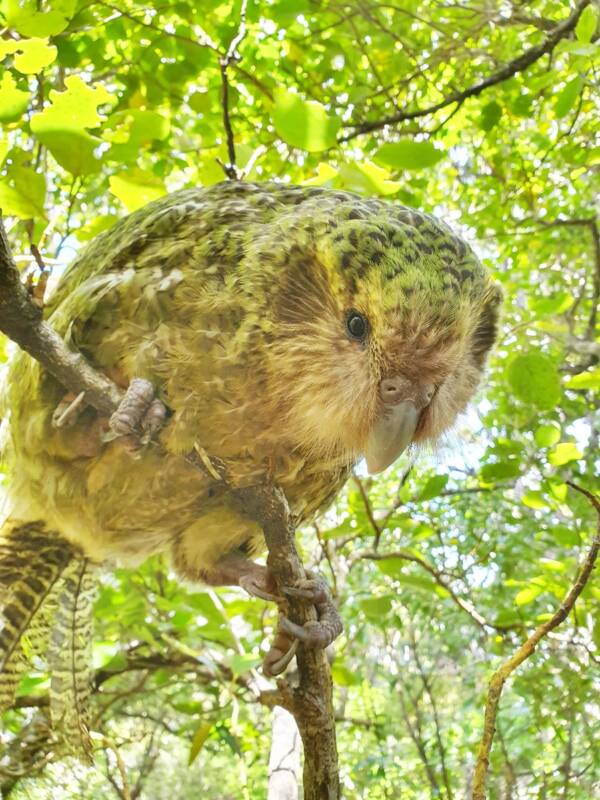 To make up for their poor wings, kakapo birds have developed strong legs, which let them move around quickly and climb up forest trees. When they need to get back down, they extend their little wings, which they use to “parachute” to the ground.

Kakapos live slow-paced lives, breeding at the very late age of four years old for males and six years old for females. Their life expectancy is over 90 years, possibly the longest among birds.

Despite their large features, the kakapo have a naturally friendly demeanor. They were often adopted as pets by the indigenous Māori people and early island settlers.

George Edward Grey, the English ornithologist who first described the species in his 1845 journal, wrote that his pet kakapo’s behavior was “more like that of a dog than a bird.”

Unfortunately, the kakapo’s peaceful nature might have partially contributed to the endangerment of its species.

History Of The Kakapo 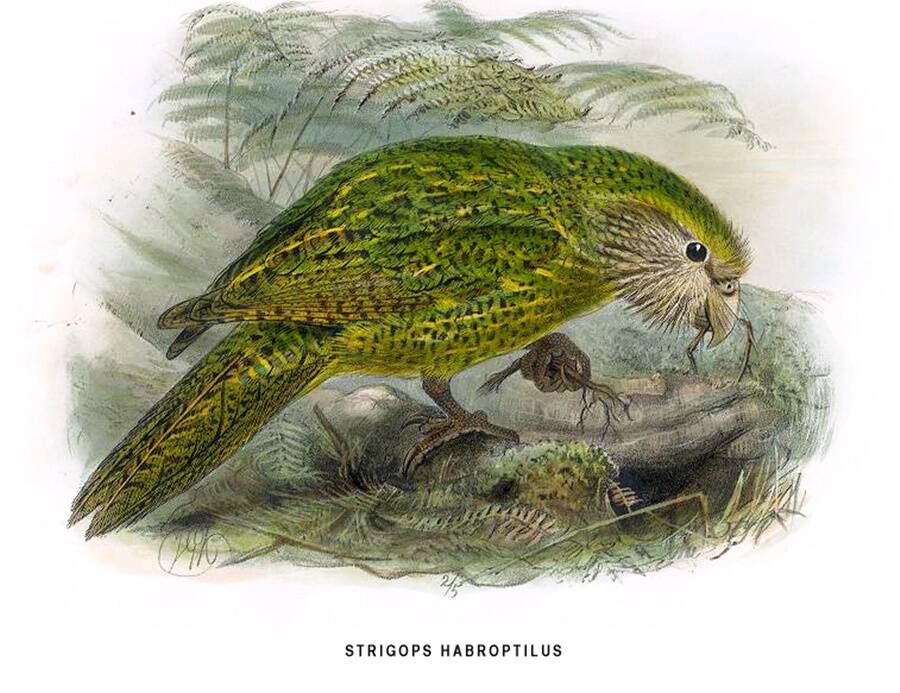 Wikimedia CommonsIllustration of a kakapo from the 1873 nature book A History of the Birds of New Zealand by Walter Lawry Buller.

Before the 13th century, New Zealand was largely uninhabited. The kakapos lived in relative security among the island’s dense forests and — without the threat of predators — their population thrived.

Then humans came, bringing disease and invasive mammals into the island. The kakapos were faced with an array of new predators — dogs, cats, and rat species brought by the settlers. The kakapos’ go-to defense of standing still to avoid perceived threats no longer protected them.

Kakapos suddenly faced the threat of human consumption, too. The early settlers “ate the kakapo, used their feathers to weave cloaks and carved their bones into fish hooks,” according to Tane Davis, who represents the Ngāi Tahu, a Māori tribe of New Zealand’s South Island. 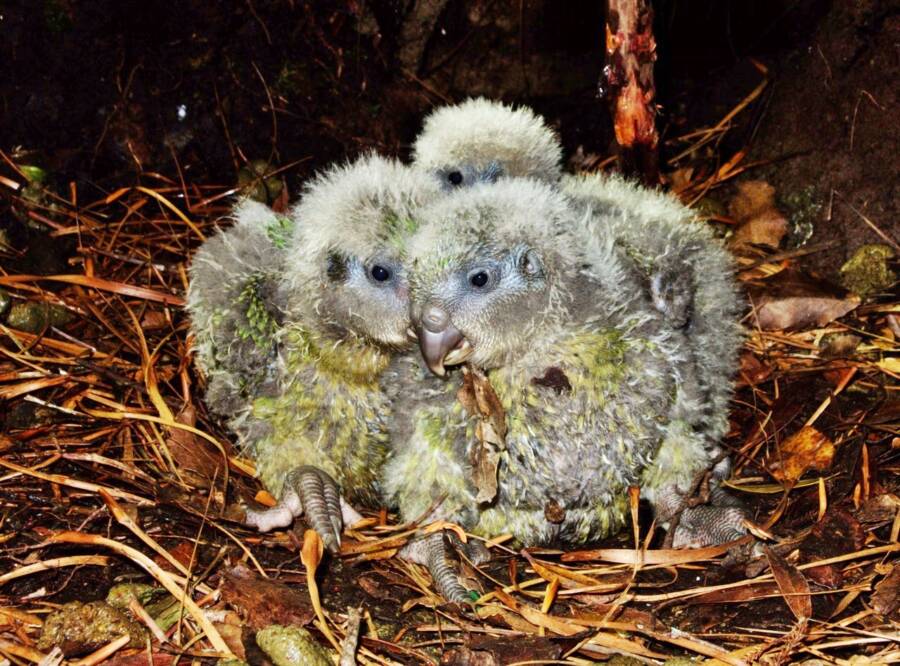 Things got worse when the European colonists arrived at the islands in the 18th century.

The colonists brought all sorts of new predators, including two new rat species, stoats, weasels, possums, and ferrets. While the invasive species thrived, the kakapo population was decimated.

Now there are only 211 kakapos in existence.

New Zealand once possessed an extremely high level of biodiversity among its native bird species, including the kakapo. But many of those species have been wiped out. According to a 2020 study, it only took a few hundred years for humankind to wipe out 50 million years of evolution on New Zealand.

“The conservation decisions we make today will have repercussions for millions of years to come,” said Luis Valente, co-author of the study and a research associate at the Museum für Naturkunde in Berlin.

He added, “Some people believe that if you leave nature alone it will quickly recuperate, but the reality is that, at least in New Zealand, nature would need several million years to recover from human actions — and perhaps will never really recover.”

Kakapo are one of the largest flightless or grounded bird species in the world.

By the 1980s, it was clear that without extreme conservation measures the kakapo would cease to exist.

The New Zealand Department of Conservation created the Kakapo Recovery Program, which involved clearing the country’s islands to make them predator-free and relocating the existing birds to these habitats.

Today, the surviving kakapo can only be found on the four predator-free islands of Anchor, Whenua Hou, Hauturu, and Chalky in New Zealand.

It is here kakapo conservationists like Andrew Digby, kakapo science adviser to the New Zealand government, work on the breeding program for the endangered birds.

Digby and his team have made great strides in shaping the kakapo conservation program. Researchers set up supplementary feeding stations for the birds, and provide artificial incubation of eggs and hand-raising when needed. 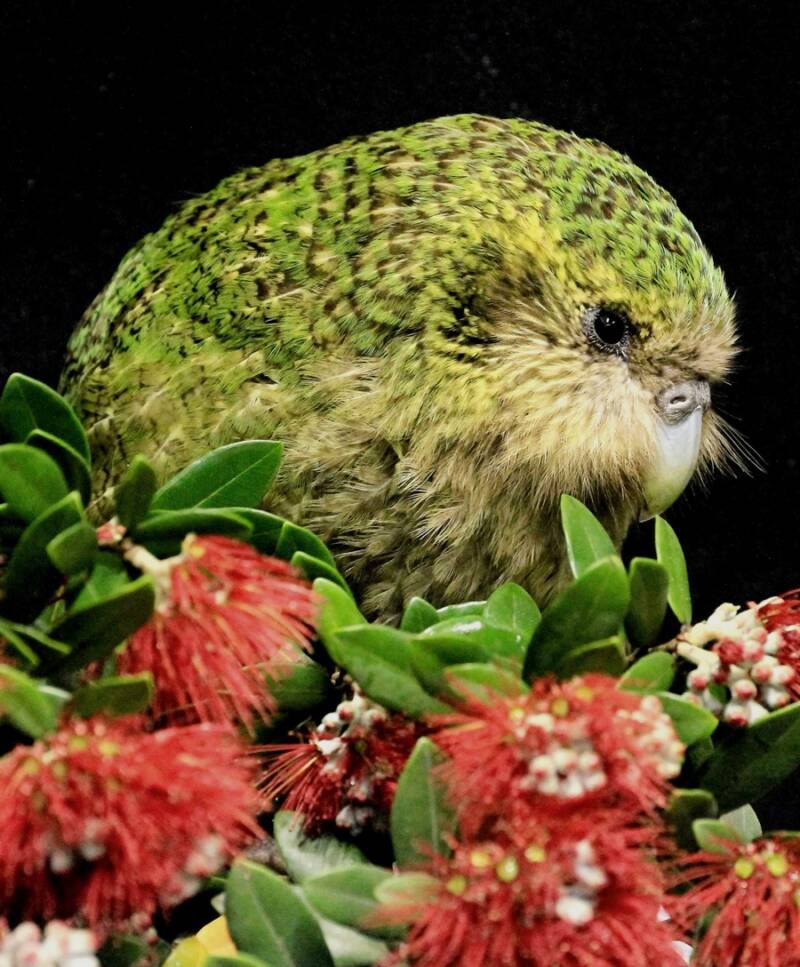 Given that 40 percent of kakapo eggs are infertile due to inbreeding caused by their loss of habitat, the use of advanced scientific technology has been critical in boosting the success rate of kakapo breeding.

In 2019, the program had its most successful breeding record to date. Roughly 70 of the 86 chicks that were born through the program survived their first year.

But there were still some losses; nine kakapos died of aspergillosis, a respiratory infection caused by an airborne fungus that commonly infects their species.

Still, the success of the kakapo conservation program has helped these unique owl parrots survive. Maybe one day these unique birds will be able to thrive in the bush of New Zealand again.

Now that you’ve read about New Zealand’s endangered kakapo, learn about Australia’s white bellbird, the loudest bird in the world. Then, meet the ultra-rare Dracula parrot that looks like a vampire and screams to communicate.