Karl Denke Not Only Ate His Victims, He Sold Them As “Pork” To Unwitting Customers

Karl Denke was an upstanding member of his community – until they realized he was turning humans into pickled pork, belts, and suspenders. 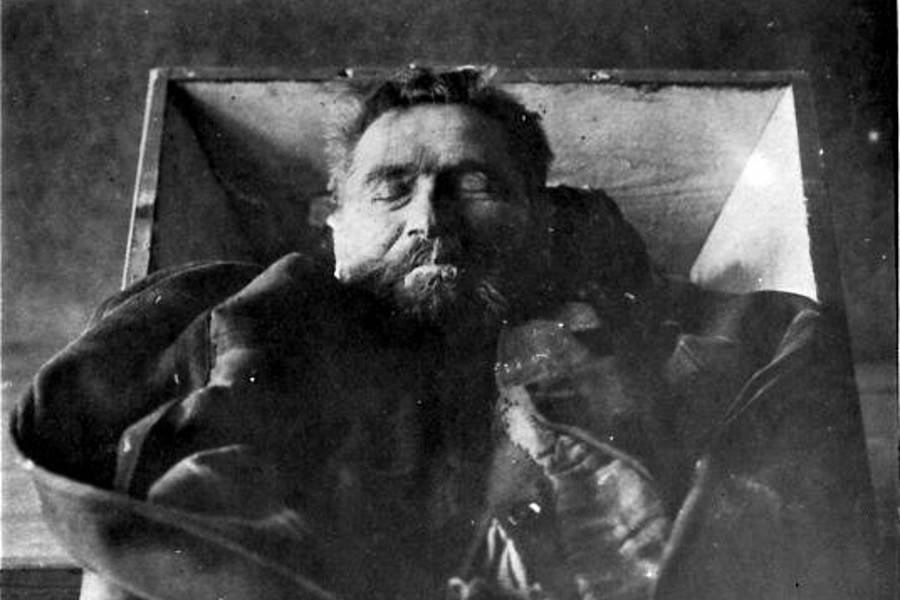 Wikimedia Commons Karl Denke after his sudden death in 1924.

Karl Denke, or Papa Denke as his hometown knew him, seemed like such a kind soul. He played the organ at his local church, and even took in homeless vagrants and offered them a meal or two before they went on their way.

The town of Ziebice, Poland, didn’t realize that Denke was one of the worst cannibal serial killers in modern human history.

From Gentleman To Murderer

Karl Denke didn’t start out this way. He came from a family of respected and wealthy farmers living near the border of Poland and Germany. Born in 1870, the youngster had a lot going for him.

Then, Denke got into trouble at school. His grades weren’t the best, and so he ran away from home at age 12 to become an apprentice gardener. When his father died at the age of 25, Karl used his inheritance to buy a small farm of his own. The venture failed, and he liquidated his assets to buy a two-story home in Ziebice while renting a small shop next door.

Things got weirder after that, even though Denke seemed completely normal.

The shopkeeper sold leather suspenders, belts, and shoelaces to some of the town’s 8,000 residents. He also sold jars of boneless pickled pork for people to eat. 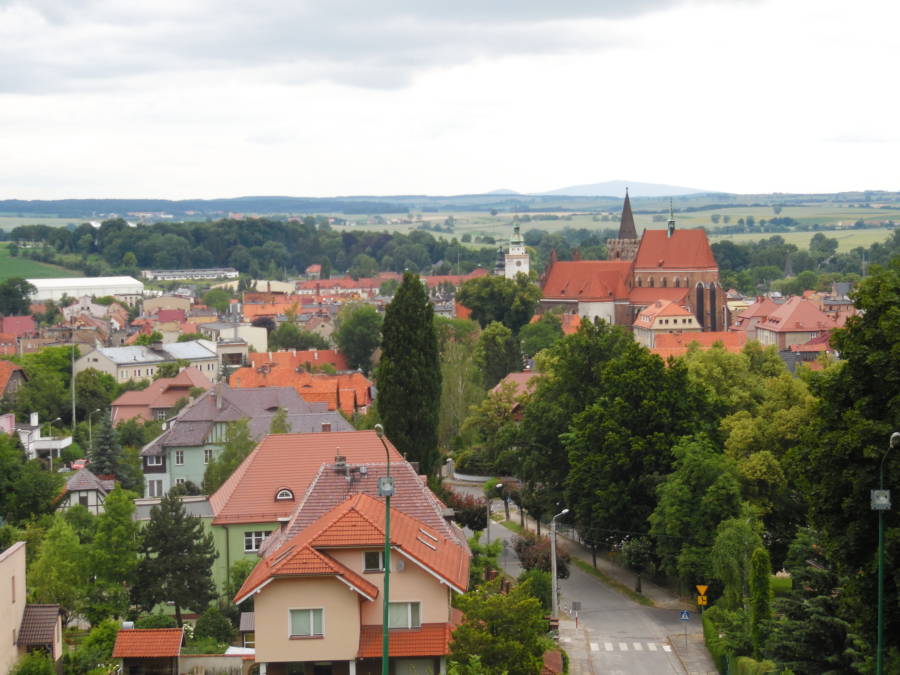 Wikimedia Commons The idyllic town of Ziebice, Poland, home to one of Europe’s most notorious killers.

Along with his shop, Denke also volunteered at his local church. He played the organ on a regular basis. He also carried crosses for local funerals. These funerals also put Denke in contact with migrants and vagrants in the town. He would find them at the somber ceremonies and offer them a place to stay for a few nights before allegedly sending them on their way.

As many as 40 migrants never made it out of Denke’s home alive.

The problem was that extraordinarily bad inflation in Germany after World War I made living in eastern Europe very difficult. Denke had to sell his home, which investors turned into an apartment complex, and then he rented two of those rooms next to his shop starting in 1921 when an economic depression gripped Germany.

He started taking in homeless migrants in that same year, and people were too poor to notice what happened to them. Not only did the homeless people never come out of Denke’s shop alive, but they also became the products of his shop.

In some sick and twisted turn in Denke’s mind, he processed human bodies as if they were cattle. Those so-called leather belts, shoelaces, and suspenders didn’t come from cowhide. They were made of human flesh.

Boneless pork? Not pig at all, but human meat.

No Reason To Suspect Karl Denke

No one suspected a thing for several reasons.

First, the old man seemed to be a kind-hearted man making the best of a dour situation. Denke was a nice man who attended church, after all. Second, the after-effects of World War I left Germany reeling. The area in Poland where Denke lived was under German control in World War I and uncontrollable hyper-inflation made German marks virtually worthless. The economic depression led to more desperate times. Denke couldn’t afford to buy anything with cash, so he turned to a steady supply of goods that was free at the time.

Third, and perhaps the most desperate reason why no one questioned Denke’s jars of pickled pork, was that farm failures led to massive food shortages. People bought Denke’s meat because they were starving. They gobbled up his goodies due to a lack of anything else. 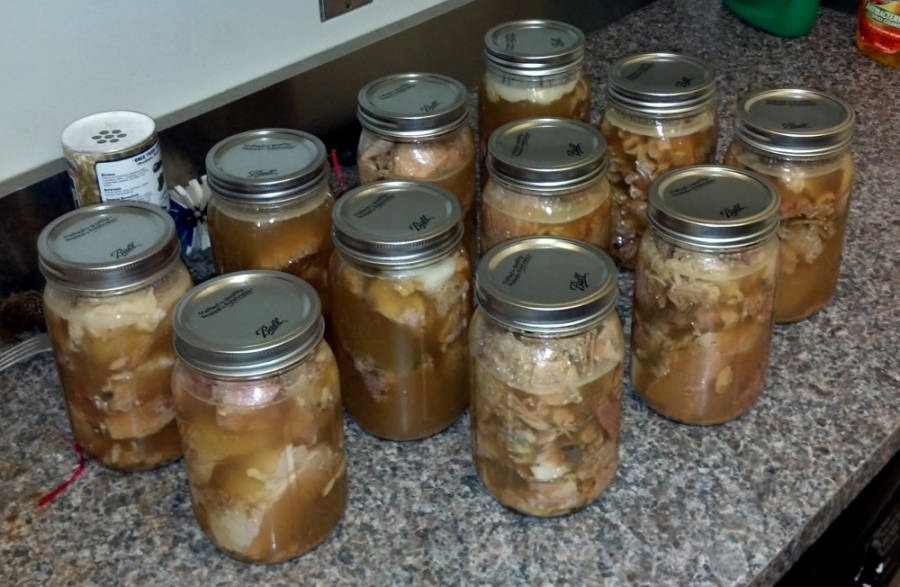 Modern canned pork roast in a jar, not the human flesh that Papa Denke sold.

No one suspected Denke of any wrongdoing until Dec. 21, 1924. That’s when a bloodied man named Vincenz Olivier stumbled out into the streets and screamed out for help. Denke’s upstairs neighbor came to his aid. After a doctor tended to Olivier’s wounds, the victim managed to mutter that Papa Denke attacked him with an ax.

Authorities arrested Denke and interrogated him. The gentle, 54-year-old man said that Olivier attacked him and that he wielded an ax in self-defense.

At 11:30 that evening, Karl Denke hanged himself in his jail cell.

Perplexed, authorities notified the man’s next of kin and then searched his apartment for answers on Christmas Eve. At first, investigators noticed the overpowering smell of vinegar. That was not unusual since vinegar was used during the pickling process.

What was unusual was the pile of bones found in Denke’s bedroom. They weren’t pig bones, they were human bones. In a closet, they found blood-stained clothes. It quickly became clear what had happened and why Denke had killed himself.

The town of Ziebice had its answers as to why Papa Denke committed suicide.

After learning about the gruesome murders of Karl Denke, check out Joe Metheny, who chopped his victims up, made them into burgers, and sold them to unsuspecting customers. Then, read about Issei Sagawa, a cannibal who’s living free in Japan.