Inside The Bizarre Story Of Kaspar Hauser, The Mysterious Youth Who Baffled 19th-Century Germany

In 1828, Kaspar Hauser emerged from the woods outside Nuremberg, claiming to have grown up in a tiny, dark cell. But centuries later, it’s still not clear who he was or where he came from.

No one paid much attention to Kaspar Hauser when he first strolled into Nuremberg, Germany one morning in 1828.

The young boy of about 16 was wearing pantaloons, a silk necktie, a waistcoat, a gray jacket, and a handkerchief with the initials “KH” embroidered onto it. His boots were so torn up that his feet were bursting through them and mangled from the road. 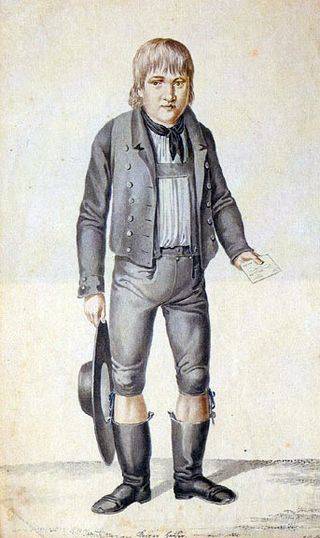 Wikimedia CommonsAn 1828 depiction of Kaspar Hauser when he made his first mysterious appearance.

He carried with him a letter, the contents of which confounded police and the public alike for centuries to come. The letter claimed Hauser had grown up in a darkened cell, isolated from the rest of the world, and he had recently been released in order to become a calvaryman.

Some claimed Hauser was royalty, others a fraud. To this day, the identity of Hauser remains unknown — and his end was just as tragic and mysterious as his beginning.

The Discovery Of Kaspar Hauser

On May 26, 1828, Hauser entered the city of Nuremberg carrying with him two letters, one addressed to the captain of the 4th squadron of the 6th cavalry regiment, Captain von Wessenig, and another purportedly from his mother to his prior caretaker.

The missive himself claimed that the letters were written by his prior caretaker who had no blood relation to him even though he had raised him as a son. Most curiously, however, the letter claimed that since his birth on April 30, 1812, Hauser had not gone “a step from the house, in order that nobody might know where he was brought up.”

The mysterious note went on to claim that the boy could read, write, and wanted to become “a horseman like his father.” Although he did not have parents, said the letter, if he did “he would have been a learned man.”

The letter ended ominously with the author stating that “it would cost me my neck” had he escorted Hauser to Nuremberg himself. A shoemaker named Weickmann took Hauser to the house of Captain von Wessenig, to whom one of the letters had been addressed.

There, Hauser would repeat only the words “I want to be a cavalryman, as my father was” and “Horse! Horse!” Any other questions were answered with “don’t know.” 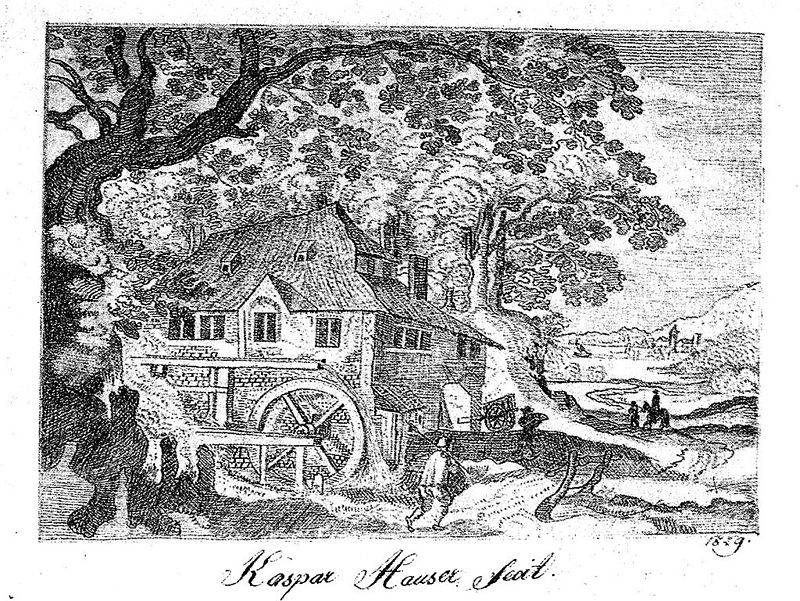 Wessenig then took the boy to the police, where observers reported that although he behaved as if he were a child — indeed, he walked as though he were a toddler just learning how — he was clearly not “a madman or an idiot.”

Although, he did not speak unless it was to parrot words and phrases. He had a very small vocabulary that consisted mainly of words referring to horses. Oddly, although his feet had been damaged from his journey they were “as soft as the palm of a hand,” as though he had never worn shoes before he had traveled to Nuremberg.

He was consequently held in the town prison as a vagabond for the next two months.

The Missive Shares A Disturbing Backstory

While in custody, Hauser continued to baffle any who met him. Though the mayor claimed he was making progress, Hauser was repulsed by all food and drink except for bread and water.

When he was brought a lighted candle he stared at in amazement and tried to grab it, only to burn his hand. He was equally fascinated by his own reflection in a mirror, which he also tried to grab in vain. Some speculated that he was perhaps a feral child who raised himself in the forests.

Hauser was eventually made a ward of the city and went into the custody of Lord Stanhope, a British nobleman.

In Stanhope’s charge, Hauser learned to communicate effectively, and he began to weave a strange tale about being brought up in a prison. 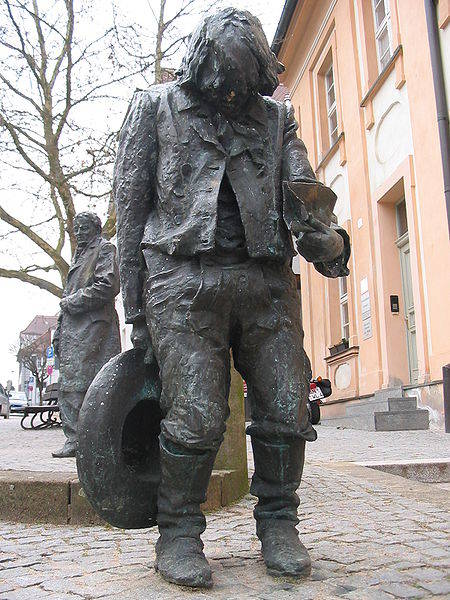 Wikmedia CommonsA memorial to Kaspar Hauser that stands in Nuremberg, where he first appeared.

According to the story, Hauser’s cell was about six feet long, three feet wide and three and a half high, with only a straw bed to sleep on. He claimed he was left bread and water to eat and drink and that the water tasted bitter when he drank it — and put him into a long sleep.

He also described a detailed dream in which he found himself in an enormous castle in the company of an elaborately-dressed woman and a man all in black with a sword. A professor who had been treating and observing Hauser theorized that this could have been a faint memory of his early life before the prison.

Finally, he was released. But he never saw the face of the man who brought him to the outskirts of Nuremberg, saying that he had been forced to look at the ground the whole journey before being handed the letters and left alone.

Hauser was eventually put into the care of the professor studying him, a man named Friedrich Daumer, who was a schoolmaster and speculative philosopher. Daumer discovered that Hauser had a talent for drawing. He continued to perform experiments on the boy, but learned little more about his background.

Theories About His Identity And His Bizarre Death

This strange tale that seems torn from a Dickens novel enthralled all of Europe; where rumors swirled that Hauser was actually lost prince, perhaps the son of Grand Duke Carl von Baden and his wife Stephanie de Beauharnais, who had been adopted by Napoleon.

Many people, however, thought he was just an impostor seeking fame and fortune. Indeed, the two letters he arrived with seemed to have been written in the same hand — that of Kaspar Hauser himself.

But in 1829, a strange incident occurred that seemed to support Hauser’s creepy tale. On Oct. 17, Hauser was found in Daumer’s basement bleeding profusely from a wound in his head. He claimed that he had recognized the voice of his attacker – the same man who had brought him to Nuremberg — before being bludgeoned by a cloaked figure.

The mysterious figure said, “You still have to die ere you leave the city of Nuremberg,” then vanished. 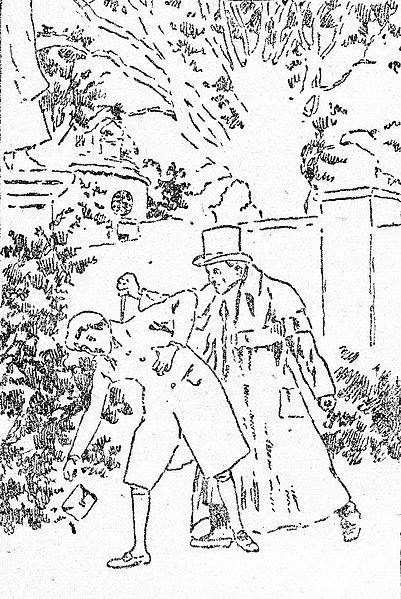 But then on April 3, 1833, Kaspar Hauser’s mysterious life concluded in an equally enigmatic manner.

That evening, he burst through the door of his home in Ansbach clutching his side and babbling about how he had been lured to the park by a stranger who then stabbed him in the side. His story was doubted at first, but when Hauser attempted to lead his friends back to the spot of the stabbing, he collapsed midway on the journey. He died of his wound.

The mystery of his life did not end with his death. DNA tests in 1998 using a sample from his bloodstained shirt and blood samples from two of de Beauharnais’s living descendants have shown he was not, in fact, a prince of Baden.

And so true identity of Kaspar Hauser remains a mystery.

After learning about the mystery of Kaspar Hauser, read about Christine Collins, whose son went missing and was replaced by an imposter. Then, learn about the strange life and even stranger death of Edgar Allan Poe.