"Looking at me, anyone would have assumed I was nine months pregnant." 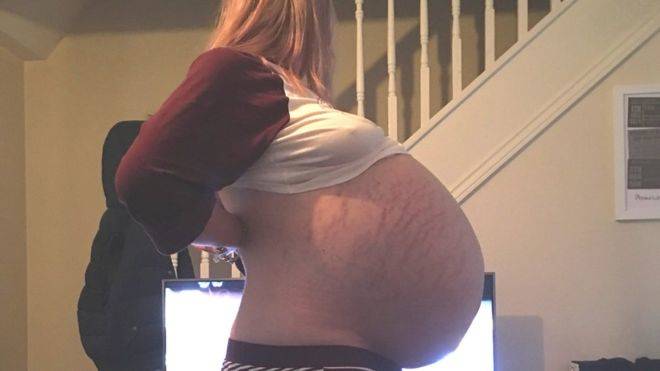 Since 2014, now-28-year-old Keely Favell of Swansea, Wales had been putting on immense weight in her midsection. “I’ve always been chunky, but over the course of a couple of years, I gradually got this tummy,” Favell said. But that “tummy” eventually grew into a mass the size of seven newborn babies.

After multiple negative pregnancy tests, Favell assumed she was “just fat.” “It crept up so slowly that I didn’t know anything was wrong – I just thought I was putting on timber,” she said.

But in 2016, Favell blacked out at work and suspected that something might actually be wrong. A general practitioner assured Favell and her partner of 10 years, Jamie Gibbins, that Favell was indeed just pregnant.

“Looking at me, anyone would have assumed I was nine months pregnant, so naturally they referred me to my local hospital for a pregnancy ultrasound,” she said.

But an ultrasound in January of last year again proved otherwise. 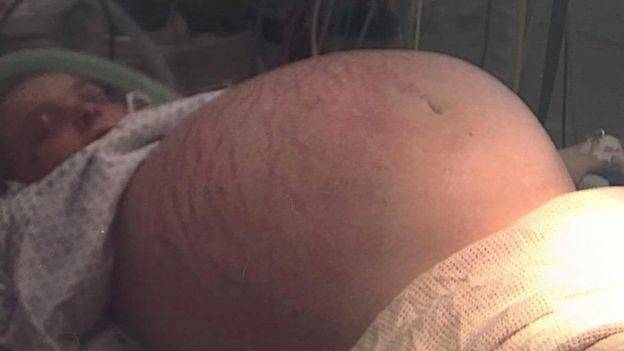 “I was lying there with Jamie beside me as the radiologist moved the probe over my tummy. I saw her eyes widen in horror, but the screen was just blank. The look on her face said it all – something was wrong, and when she said she had to get a consultant I started to panic. Jamie did his best to reassure me but I felt paralyzed with fear.”

By this time, it was not unusual for Favell to experience shortness of breath and difficulty walking.

Keely Favell was consequently rushed to the ER where a CT scan revealed a 57-pound cyst in her ovary. Surgery then yielded a fluid-filled sack the weight of a seven or eight-year-old child.

The surgeon showed Favell a picture of her mass following the procedure to remove it which shocked the young couple. “It looked like a massive pile of ice cream so I called it Mr. Whippy.” 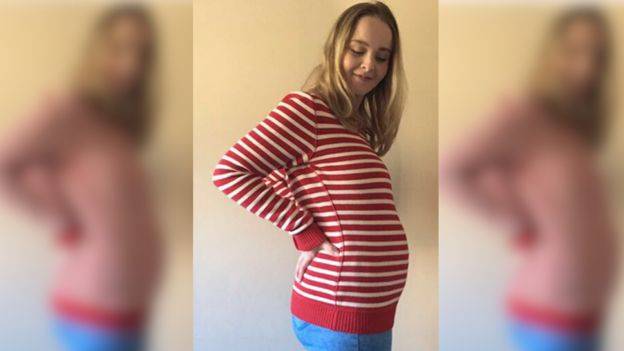 Despite a scar, stretch marks, and having lost one-third of her body weight, Favell has since gotten her life back and remains able to have children: “I lost sight of how difficult even simple things like driving a car or walking up the stairs had become. Losing my lump gave me my life back – I can’t thank my surgeon enough.”

After learning about Keely Favell and her 57-pound cyst, check out this 132-pound tumor removed from a woman’s abdomen. Then, read about this man who had surgery to reduce his 11-pound testicles and three-foot-long penis.