A constant and heavy mist hides lush treasures in these rare and magnificent forests in the clouds. 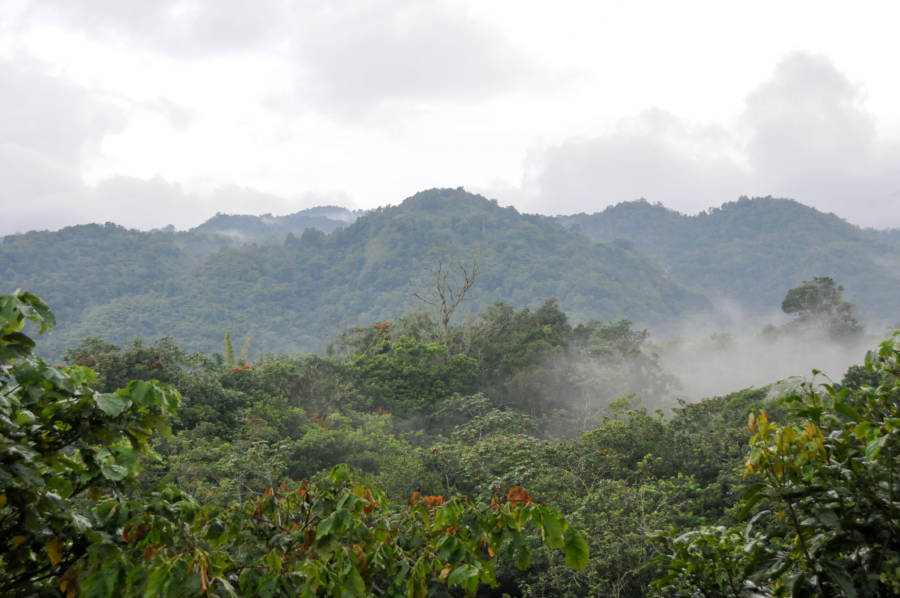 Flickr/John LeszczynskiA cloud forest in Sierra Nororiental de Puebla, along the east coast of Mexico, in 2016.

A cloud forest looks like something out of a Tolkien novel. Also known as a water forest, these uncanny woods feature thick blankets of mosses, weaving ferns, and air plants, amidst a heavy-hanging fog deep in the mountains.

Native to tropical areas, cloud forests remain constantly cool as water, either from rains or rivers, creates a cascade of mist that envelopes a wooded mountain range.

Just 0.14 percent of Earth’s landmass is immersed in a cloud forest, and their rare, fragile ecosystem is in danger of disappearing.

The Difference Between Cloud And Rain Forests

A cloud forest is often mistaken for a rainforest, but the two ecosystems are actually vastly different. The differences between the two woods hinge on three factors: elevation, moisture content, and topography. In order for a cloud forest to take root, it needs to be in the perfect combination of these three factors. 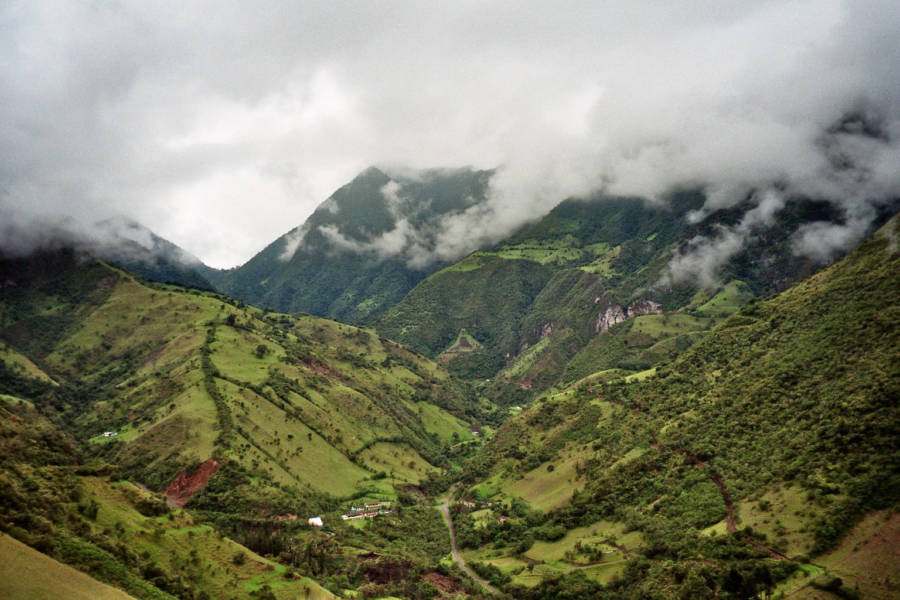 Firstly, and not unlike a rainforest, a cloud forest must be in a tropical environment. While cloud forests are lush with vegetation like a rainforest, their greenery tends to be smaller. The height of the trees is much lower. The trees even appear to be crooked due to their exposure to wind, sun, and cold.

These steep mountainsides lead to an accumulation of water in the lower valleys which remain warmer than in the mountains peaks. Because water vapor will rise when warm, by the time the moisture has hit the cooler temperatures in a higher elevation, it condenses to form heavy mists.

The third requirement, then, for a cloud forest is intense moisture. Lots of rain, coupled with shallow, fast-moving rivers, distinguish a rainforest from a cloud forest. Clouds, mist, and fog will consequently form when all this moisture rises and then cools in the higher, colder, elevation of the mountains.

Rather than rain itself, up to 40 percent of the plant life in these forests get their moisture from condensation rising from the ground. Instead of temperatures in the 80s or 90s as one might expect in the rainforest, a cloud forest ranges in temperature from 50 to 75 degrees Fahrenheit. 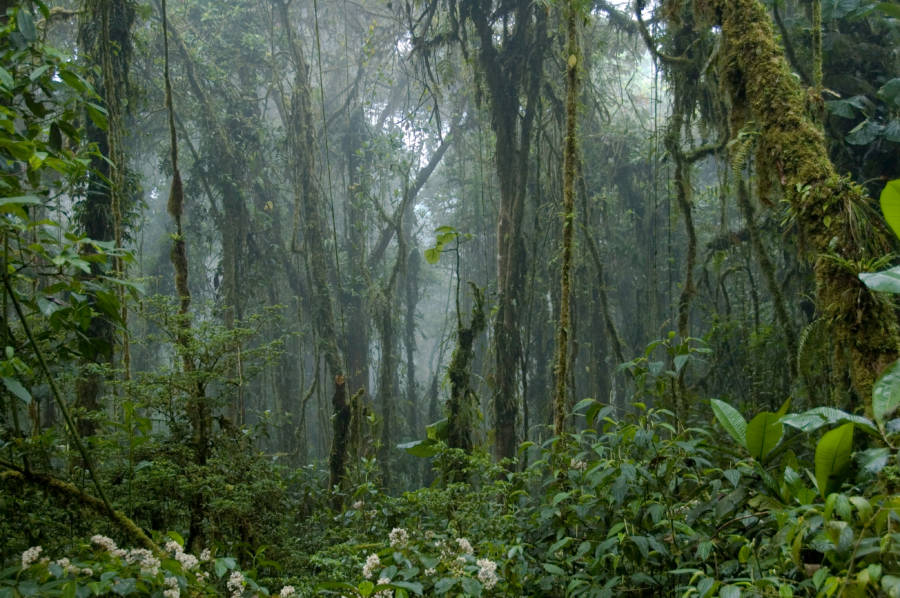 Flickr/Travelmag.com Trees in Monteverde Cloud Forest, Costa Rica. Note the moss and vines covering the tree bark on the right.

The effect is both eerie and beautiful. Treetops stick up above over low clouds and vines either grow straight out of the ground or wind around the tree trunks. It is no wonder that the supernatural and whimsical forest is often referred to as an “elfin woodland.” 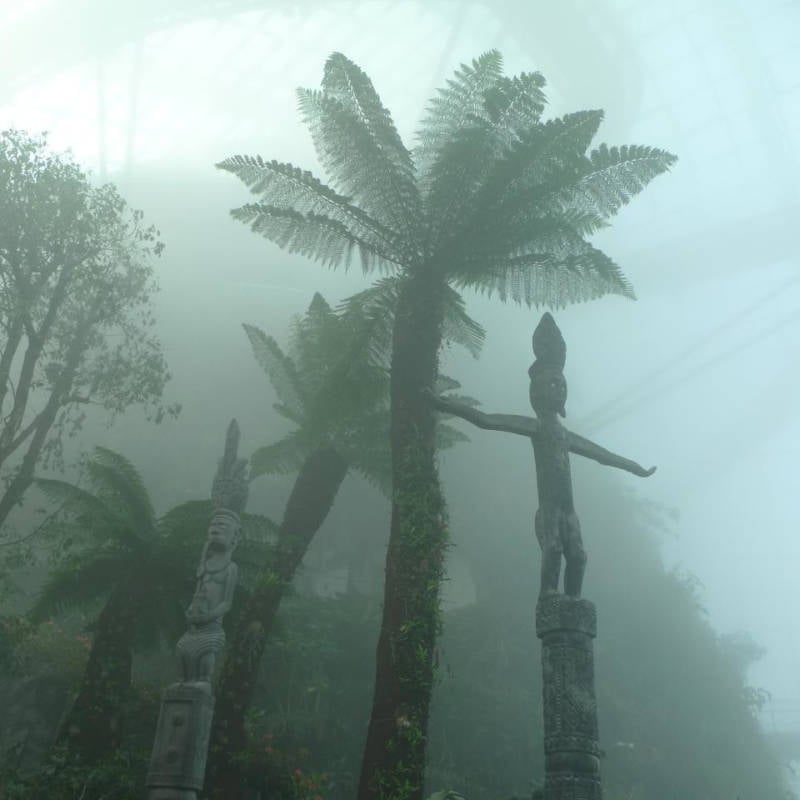 There are varieties of these forests as well, like the actual Elfin woodlands which refers to shorter, more gnarled trees along the mountainsides. There are also Montane forests, which are more dramatic mountainsides lush with greenery even at its peak.

More fascinating still, these forests are known to have high rates of endemism or species that cannot be found anywhere else.

Where Cloud Forests Are Found

Tropical areas all around the globe are host to these whimsical woods. There is one American cloud forest which is found in Hawaii. There is one in Mexico and another in Costa Rica. The African island of Madagascar is also home to one.

Costa Rica’s Monteverde cloud forest is a particularly interesting place. Not only is it a tourist haven, but this particular forest has been protected from development since 1972.

Hawaii’s Kona Cloud Forest Sanctuary is a melting pot of green species. There are tropical plants here that are native to India, China, and Africa.

Mashpi Lodge in Ecuador provides cycle trips through its forests.

But Perhaps the most dramatic cloud forests exist in the South Pacific. Here, tall mountains covered in plants spill directly into the ocean. A rise of 7,000 feet above sea level can literally go right into the ocean here.

Threats To The Elfin Woodlands

Despite their wonder, these cloud forests face serious man-made threats. Unlike Monteverde, many of these areas are not protected and are consequently at the mercy of deforestation. When trees are removed from a cloud forest, the moisture needed to make these places sustainable is diminished and clouds and mists cannot form. 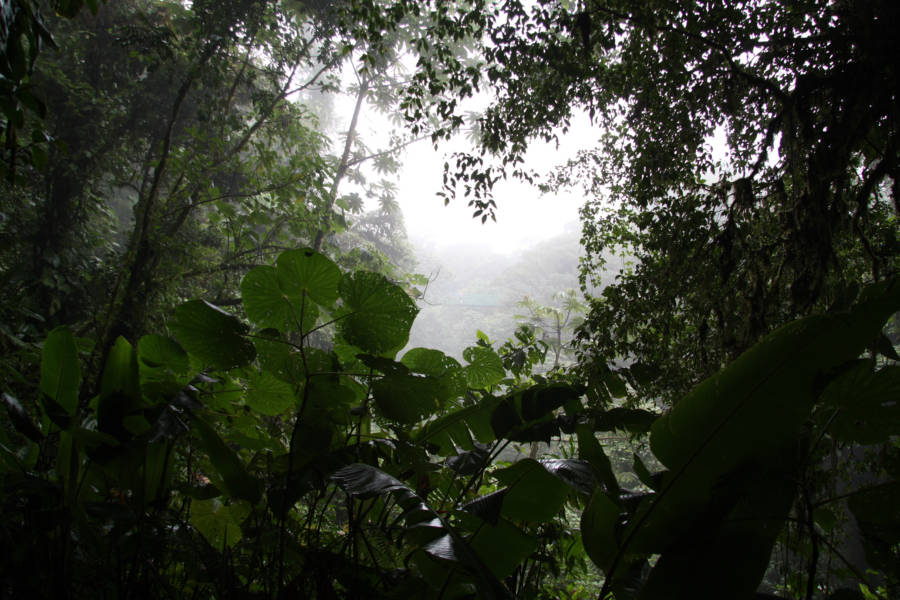 Wikimedia CommonsAnother shot of the fauna in Monteverde, Costa Rica. Do you get a Jurassic Park vibe?

Researchers in Australia studied the near-total loss of one such forest in Mexico. Scientists estimated that if current levels of global warming persist, cloud forests could completely disappear by 2080.

These areas offer some of the rarest and diverse plant and animal life on Earth. For a cloud forest to even exist it requires such perfectly balanced conditions, conditions which are threatened by our actions and an ever-changing climate.

Hopefully, humans can pull it together in time to save cloud forests before it’s too late.

Next up, flip through these amazing sunken forests throughout the world. Then, check out seven of the most stunning cloud formations you’ll ever see.