The two men were wheeled in trash cans outside the jail by fellow inmates. 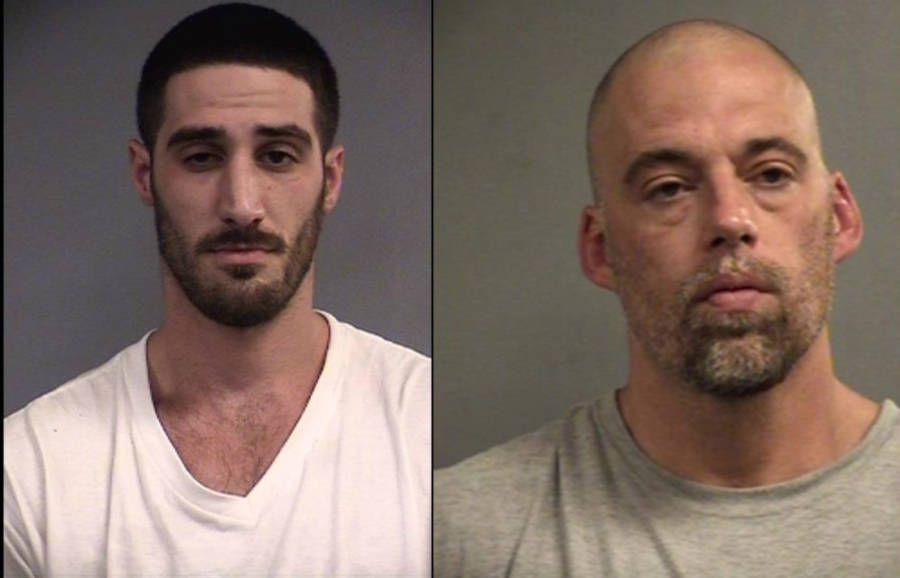 Two Kentucky inmates are back in their cells just 48 hours after they escaped jail via trash cans.

On the evening of Oct. 6, inmates Justin Stumler, 27, and Jeremy Hunt, 38, made a smelly and successful escape from jail with the help of their fellow inmates. The pair was at large for only a couple of days, however, before they were both back in police custody.

Here’s video of the escape. Watch the trash cans put out at the bottom of the screen. @WDRBNews pic.twitter.com/CveAtpfDE1

In the video, an inmate can be seen wheeling out two trash cans which each contained one of the escapees, and were then placed outside near a dumpster. After a few moments, one of the cans pops open a little bit, most likely checking to see if the coast is clear.

Then each of the cans open and the inmates quickly jump out and remove their orange jumpsuits. Once changed, the men disappear from camera view in a successful escape.

Inmates Gary Bradford, 33, Justin Rankin, 28, and Tajuan Burton, 18, have all been charged with two counts of facilitation of escape in the second degree for their roles in the incident.

The Louisville Department of Corrections Director Mark Bolton said that normally all trash cans are checked before being brought outside to avoid situations such as this, but Bolton said that “It does not look like that took place.”

Once Stumler and Hunt escaped, it only took the jail an hour to realize that they were missing and issue warrants for their arrests.

Stumler was caught first on the morning of Oct. 8 when police detectives were tipped off that he was meeting a family member at a McDonalds. Police attempted to pull him over and he drove away, running red lights and swerving into oncoming traffic before being captured.

His partner in crime was captured later that afternoon following a car chase which ended in a crash. Now they both are back in police custody after less than 48 hours.

Bolton cited a “breakdown” of basic security protocols as the reason for the bizarre escape.

“You know that the possibilities of that are always present,” Bolton said regarding the escape. “But when it could have been prevented with just Security 101, yeah, that’s pretty upsetting.”

Inmates are a vital part of the staff that keeps the jail running on a day-to-day basis and Bolton said that the criteria to become an inmate worker will be reviewed as a result of the incident, as the escapees were both inmate workers in the jail’s kitchen.

At least two officers at the jail have been reassigned and the jail is also currently running a comprehensive review of their security protocol and procedures to avoid another potential dumpster-diving escape.