In 2005, 26-year-old Kerri Rawson found out from an FBI agent that her father Dennis Rader was the BTK Killer who murdered 10 people, many of whom were young women just like her.

Kerri Rawson was raised by loving parents and had a beautiful childhood. Her father regularly took her fishing, hiking, and helped her decorate the Christmas tree. But in 2005, when Rawson was 26, she found out he was the BTK Killer who had been binding, torturing, and killing people for years.

Dennis Rader’s macabre crimes came as an utter shock to Rawson. The image of her father as a typical American family man didn’t match a murderer who slaughtered innocent people. 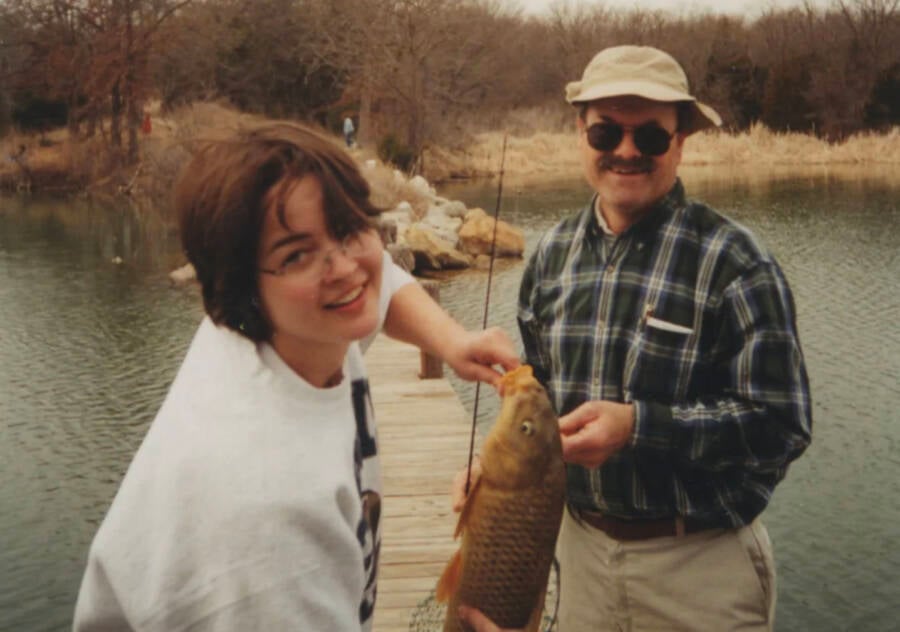 So when the FBI finally nabbed their suspect and charged him with 10 counts of first-degree murder, Rawson was forced to reassess her entire life.

It’s one thing to be unwittingly married to a serial killer, but quite another thing to be his offspring. For the daughter of a man who counted two children among his victims, it’s been a long journey to cope with the horrific revelation.

Kerri Rawson was born in Wichita, Kansas in 1978. For more than two decades, the image of her father was one of a veteran, a church board president, and a reliable Boy Scout troop leader. He was almost 60, balding, and appeared to be a typical American dad — until a fateful knock at the door changed everything. 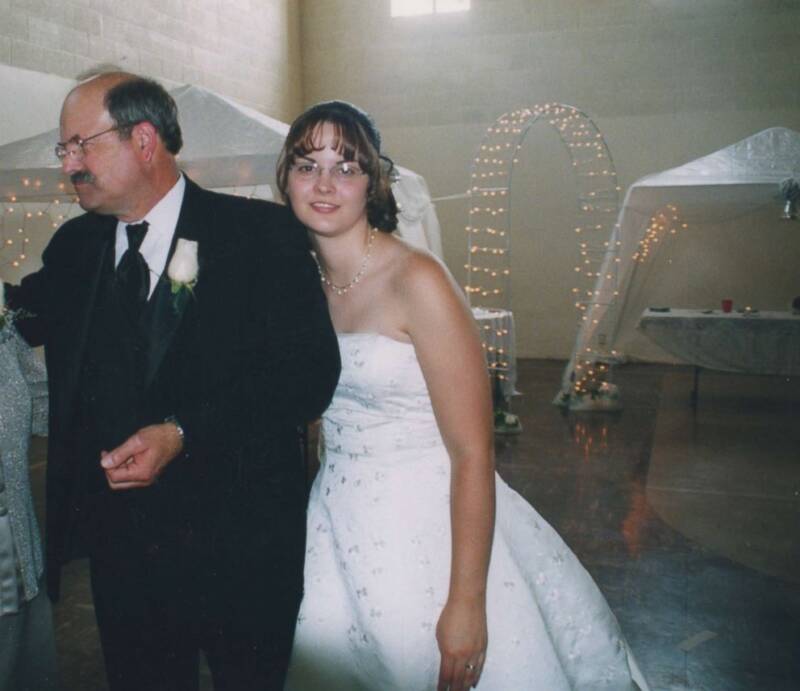 Kerri RawsonIn 2003, the BTK Killer walked his daughter down the aisle.

“It was a normal day. I had slept in,” Rawson said. “I was substitute teaching and I took the day off. I’m already… uptight, thinking, ‘Who is this person in my apartment building?’ And then… he said he was the FBI.”

“He asked, ‘Do you know who BTK is?'” Rawson continued. “I was like, ‘You mean the person that’s wanted for murders back in Kansas?’ And then he says, ‘Your dad has been arrested as BTK.'”

From Church Beginnings To BTK Killer

Rawson’s parents met in church, with her mother Paula Dietz happily agreeing to marry Rader soon after in 1971. By that point, Rader was becoming obsessed with serial killers, but his own disturbing urges began much earlier than that.

“When I was in grade school, I sort of had some problems,” he would later admit. “Sexual, sexual fantasies. Probably more than normal. All males probably go through some kind of, uh, sexual fantasy. Mine was just probably a bit weirder than other people.” 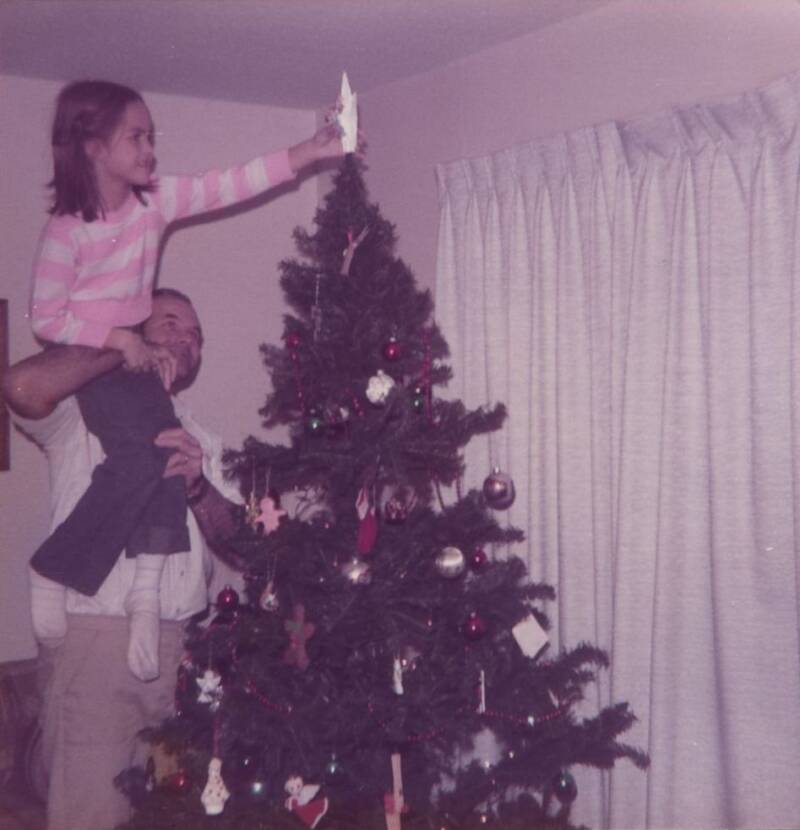 Kerri RawsonThe BTK Killer lifts his daughter up to place the star on top of the Christmas tree in 1984.

To his point, Rader revealed teenage fantasies of keeping women in bondage in letters to the police. But during his adolescence, he kept these ideas at bay. He later joined the Air Force in 1966. It was after leaving active duty in 1970 that he met his wife.

Their two children, Kerri and Brian, would only find out after Rader was incarcerated that his murderous urges began after a seemingly normal childhood experience. Rader explained that his mother’s ring got stuck in a couch spring when he was young — and that he delighted in watching her so helpless.

Rader’s psychosexual urges eventually fused with fetishistic violence and escalated to unspeakable proportions. His crimes spanned from 1974 to 1991 — and his family didn’t know what was happening until it was too late.

The BTK Killer terrorized communities in and around Wichita for more than 30 years. Most of his crimes were committed in the 1970s and 1980s, with an uncharacteristic five-year break between 1986 and 1991. 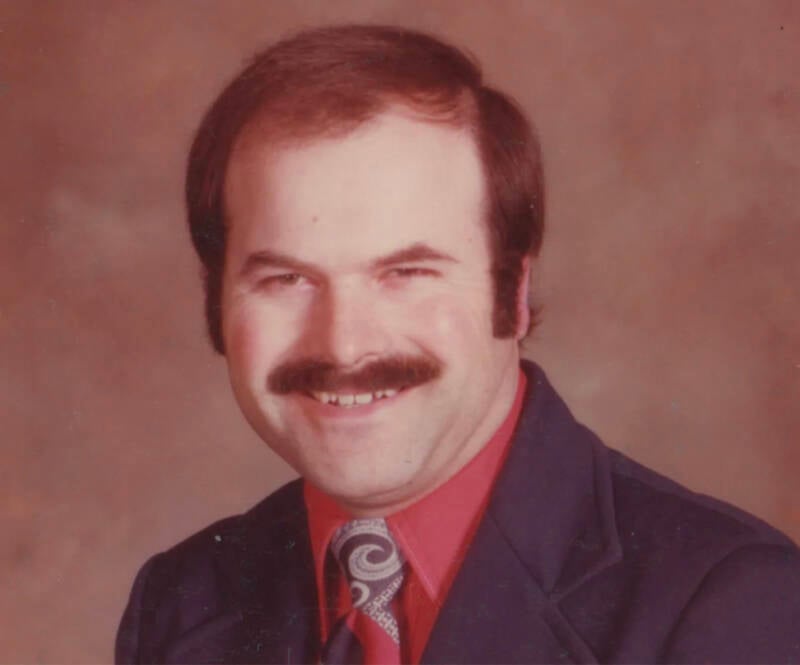 Rader frequently taunted police officers and local media outlets with letters, drawings, and poems, eager to gain recognition and validation. His infamous moniker stems from his predilection for binding and torturing his victims before killing them.

His first victims were Joseph and Julie Otero — and two of their five children — in January 1974. Later that year, he killed 21-year-old Kathryn Bright. And then he murdered Shirley Vian and Nancy Fox in 1977.

“I’m a crime victim from before I was born,” said Rawson. “I was born in ’78… My dad murdered a young woman when my mom was three months pregnant with me. So that makes me a crime victim because you’re living with a criminal.” 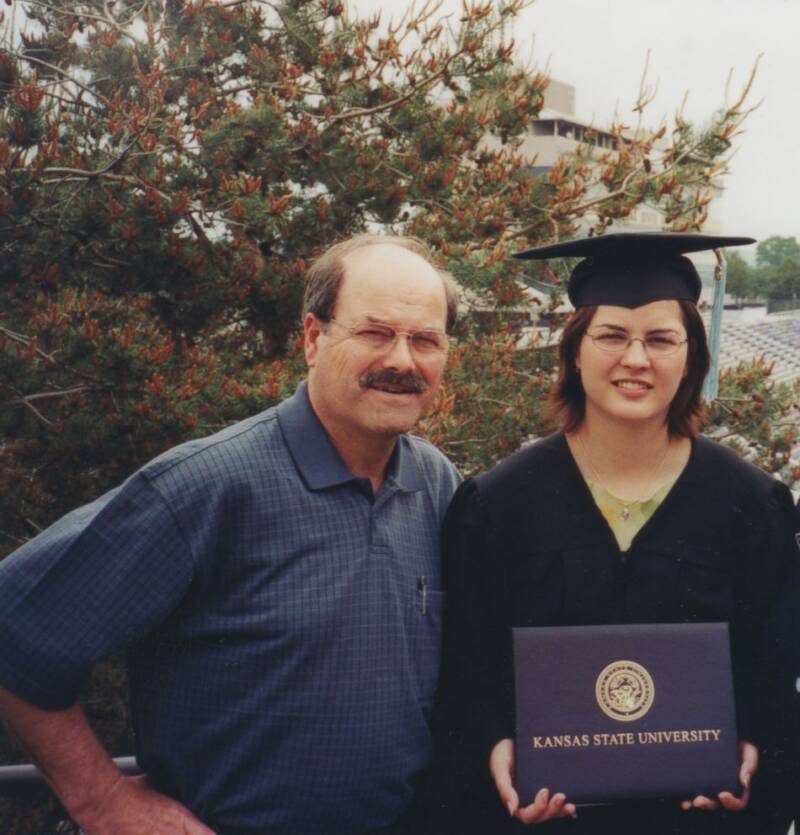 Kerri RawsonRawson spent more than a quarter century oblivious that her father was a serial killer.

Were There Any Clues?

“If we had had an inkling that my father had harmed anyone, let anyone murdered anyone, let alone 10, we would’ve gone screaming out that door to the police station,” said Rawson. “We were living our normal life. We looked like a normal American family because we were a normal family. And then everything upended on us.” 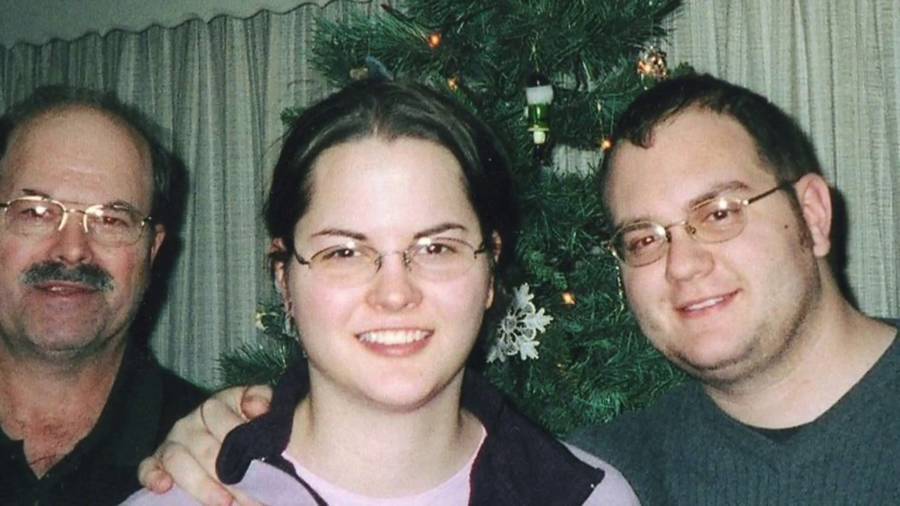 YouTubeDennis Rader, the BTK Killer, with his children at Christmas.

She vividly remembers standing in her kitchen in 2005 and staring at a chocolate bundt cake as the FBI agent told her who her father really was.

“You’re going into shock and you don’t know what’s wrong with you, and the room gets literally brighter; it gets dark, it kind of spins,” she said. “So you’re focusing on things like cookbooks, or a purse, because you’re going through trauma and you don’t know it and you’re trying to ground yourself.”

She recalls asking the agent for his ID. After all, her father had always told her to make people prove who they were before trusting them, because anybody can pretend to be somebody else. 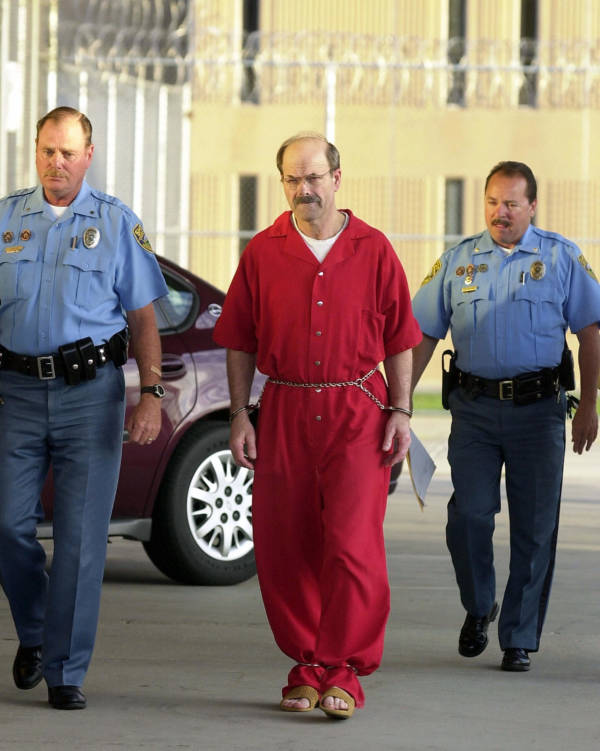 “And my father had gotten into people’s houses,” she said, “just by doing that.”

Along with her memoir A Serial Killer’s Daughter: My Story of Faith, Love, and Overcoming, Rawson released a statement that she has been in an “extended period of trying to recover.”

“I’m in an ongoing period of trying to rest and get peace and space,” she said. “Our family has moved, embracing a new start for all of us. I still have ongoing battles with PTSD but am hopeful that I can continue to heal with time and peace.”

Rawson’s promotional tour saw her do a slew of interviews — which her incarcerated father watched behind bars. Although Rawson went a long time without speaking to her dad, she began writing him regularly in 2012.

She says that she continues to do so to this day — because she has forgiven him. “I’m never corresponding with BTK,” Rawson explained. “I’m talking to my father. I’m talking to the man that I lived with and loved for 26 years.”

She continued, “I still love my dad today. I love the man that I knew. I don’t know a psychopath… That’s not the man I knew and loved.”

Rawson’s mother, meanwhile, bravely read her daughter’s book. She had been granted an emergency divorce just a few months after Rader’s arrest, but struggled greatly to cope afterward.

“She said even though she knew what was coming while reading it, she didn’t want to put it down, but had to at times, due to trauma,” said Rawson. “She was proud of me, and only wished she had known how much I was suffering… Reading my book helped her and has also helped my family continue to deal with trauma of the past 14 years.”

The BTK Killer pleaded guilty on June 27, 2005, to 10 counts of first-degree murder. Now 75 years old, he’s serving 10 consecutive life sentences without the possibility of parole at the El Dorado Correctional Facility in Kansas.

After learning about the life of Kerri Rawson as the BTK Killer’s daughter, read about Rose Bundy — the true story of Ted Bundy’s daughter. Then, learn about the 33 most infamous serial killers and how they met their end.