Did Ed Leedskalnin master the secrets of the pyramid builders? Or did he use black magic to move, cut, and carve 1,100 tons of stone to build the Coral Castle? 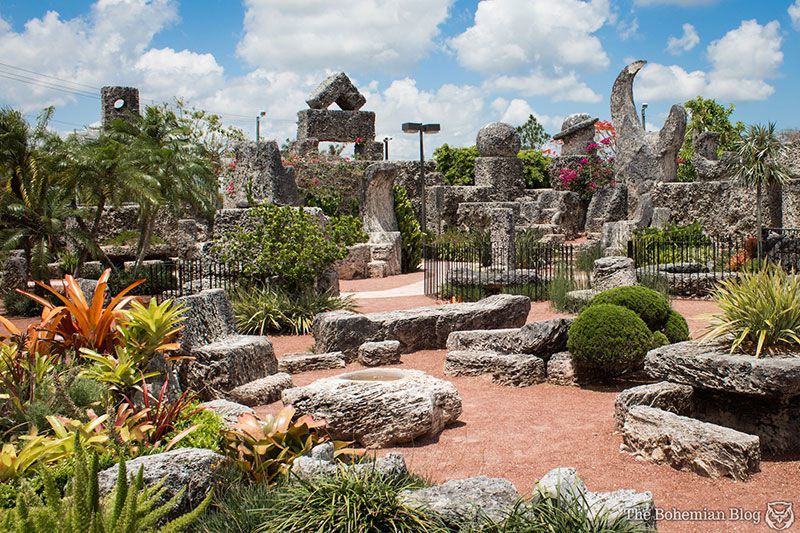 In general, stony coral’s razor-sharp edges don’t make for prime construction material. And yet in southern Florida, thousands of tons of it were used exactly for that purpose – building a castle – leaving people scratching their heads as to just how that could happen.

The construction of Coral Castle remains one of Florida’s greatest unsolved mysteries. While theories abound regarding its creation, many find it hard to explain how a 100-pound man who stood just a hair over five feet tall was able to move, carve and manipulate more than 1,100 tons of coral. Had he mastered the skills of the pyramid builders like he claimed? Or was there black magic involved, as others wondered?

In the early 1900s, Latvia native Ed Leedskalnin was set to marry the love of his life, Agnes Skuvst, who was just 16 at the time — ten years younger than her husband-to-be. But Skuvst called off the wedding the day before the festivities, forcing Leedskalnin to move to the United States alone. Skuvst remained in Latvia, and Leedskalnin spent the rest of his life building a monument to their love. 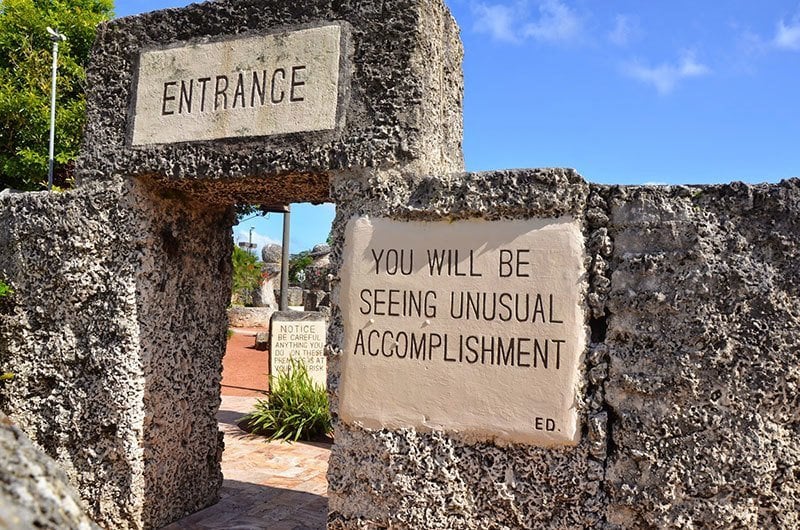 In 1923, Leedskalnin began creating Coral Castle – called Rock Gate Park at the time – on a patch of land that he had purchased in Florida City. With no modern construction tools or conveniences – and equipped with only hand tools and a fourth-grade education – Leedskalnin moved, cut, sculpted, rearranged, and constructed nearly 1,100 tons of coral. The heartbroken immigrant spent 28 years constructing the castle, which he eventually finished in 1951, the year of his death. 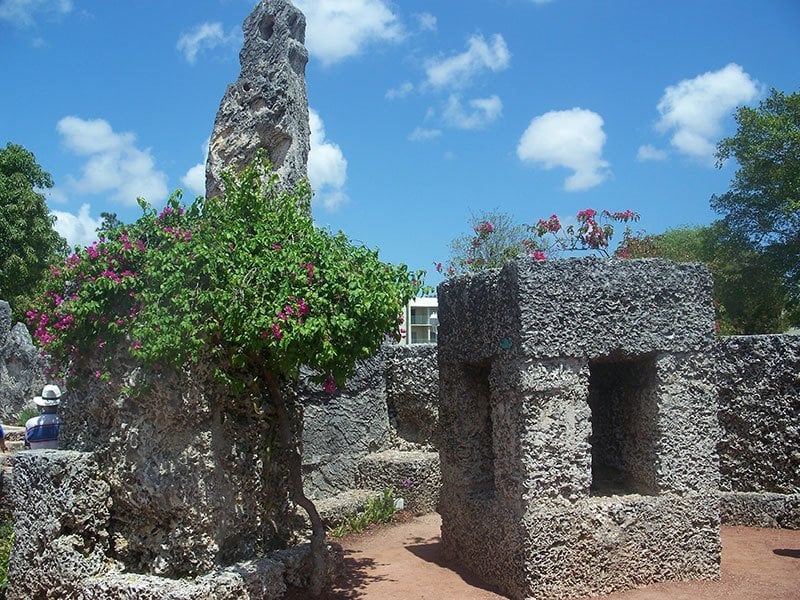 Though Leedskalnin claimed that he understood the laws of weight and leverage well, he always worked under the cover of night, when nobody could watch him. Two teens did happen to witness the construction one night, telling police that the rocks had been levitating in mid-air “like hydrogen balloons.” Weird. 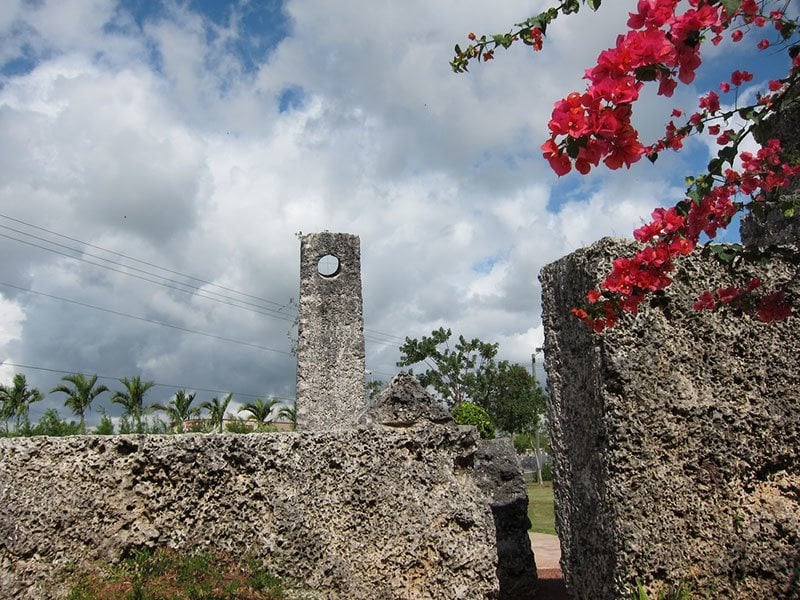 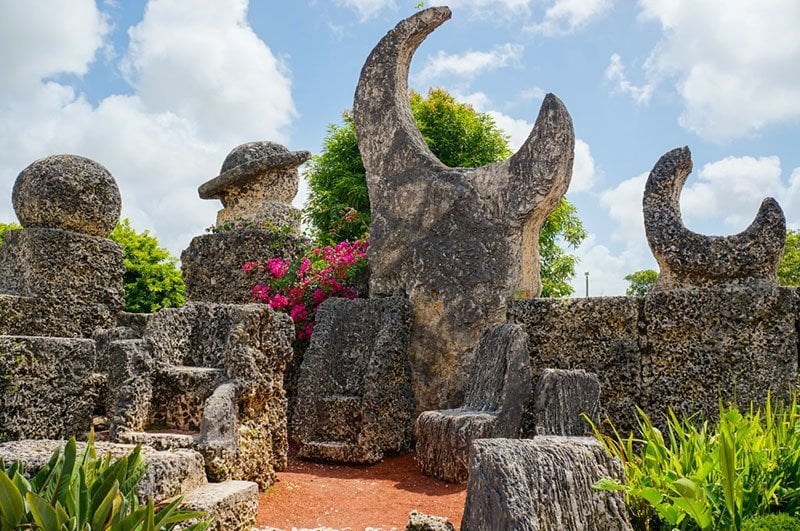 But magic wasn’t the only theory surrounding Leedskalnin’s ability to manipulate such massive, heavy stones.

Having come from a family of Latvian stonemasons, Leedskalnin was a committed freemason, and he incorporated many masonic symbols throughout the Coral Castle. Many believe that occult masonic practices offer the only explanation for how the Coral Castle’s creation. Nosy neighbors have said that they heard him repeating incantations over the stones.

Commonly called coral, the rock Leedskalnin used to create his coral devotional is actually Oolitic limestone, which is found throughout southeastern Florida. Back when Leedskalnin was alive, he charged either 10 or 25 cents for visitors to tour the park.

Though the rates have gone up following his passing, you can still visit the Coral Castle today. While located in the remote region of Homestead, Florida, it’s truly worth the trip out. You’ll see a Polaris telescope, rocking chairs, a two-story castle tower (Leedskalnin’s living quarters), an accurate sundial, an obelisk, a well and fountain, and various furniture pieces – all made from stone. 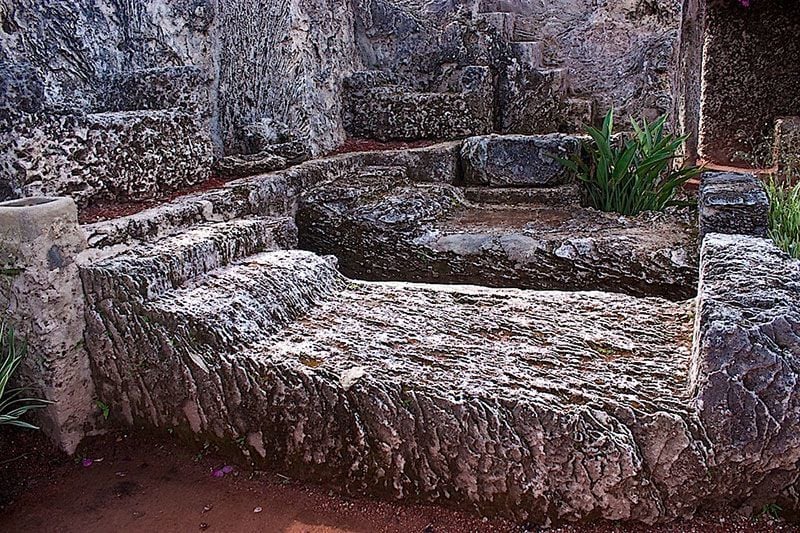 You’ll also find a nine-ton gate that moves with a simple touch. When the massive gate broke a few years back, it took six men and a crane to fix it. Now imagine Leedskalnin’s small, 100-pound frame building the nine-ton gate in the first place. Mind. Blown. In fact, even Category 5 Hurricane Andrew couldn’t move the various coral pieces. Talk about everlasting love. 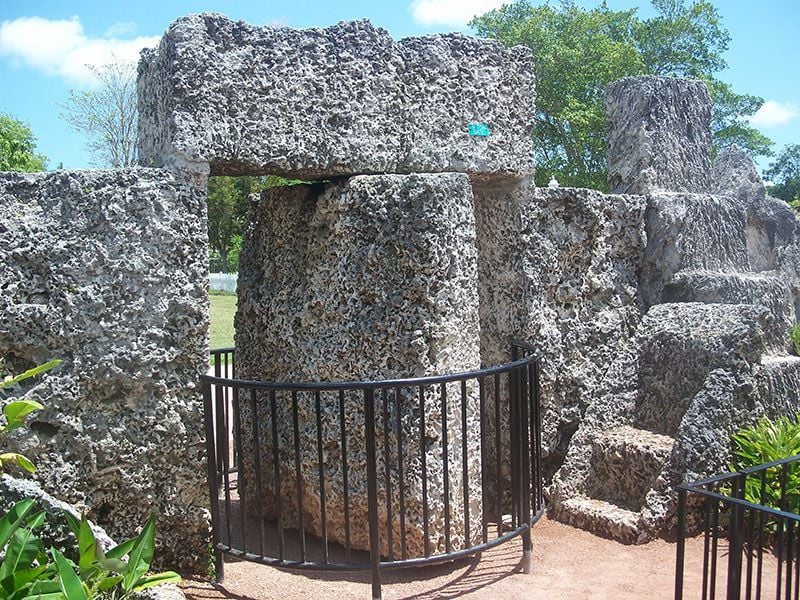